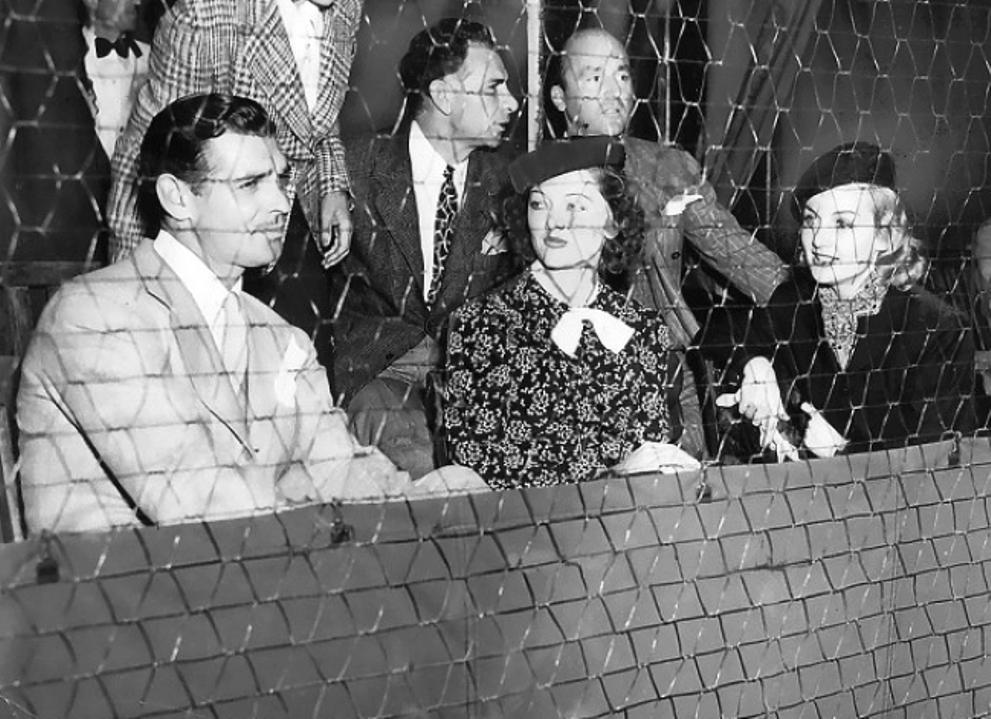 Through the several films she made with Clark Gable, Myrna Loy became good friends with Carole Lombard; the three are shown at a tennis tournament in Los Angeles. Another photo involving the three leads to some identification questions... 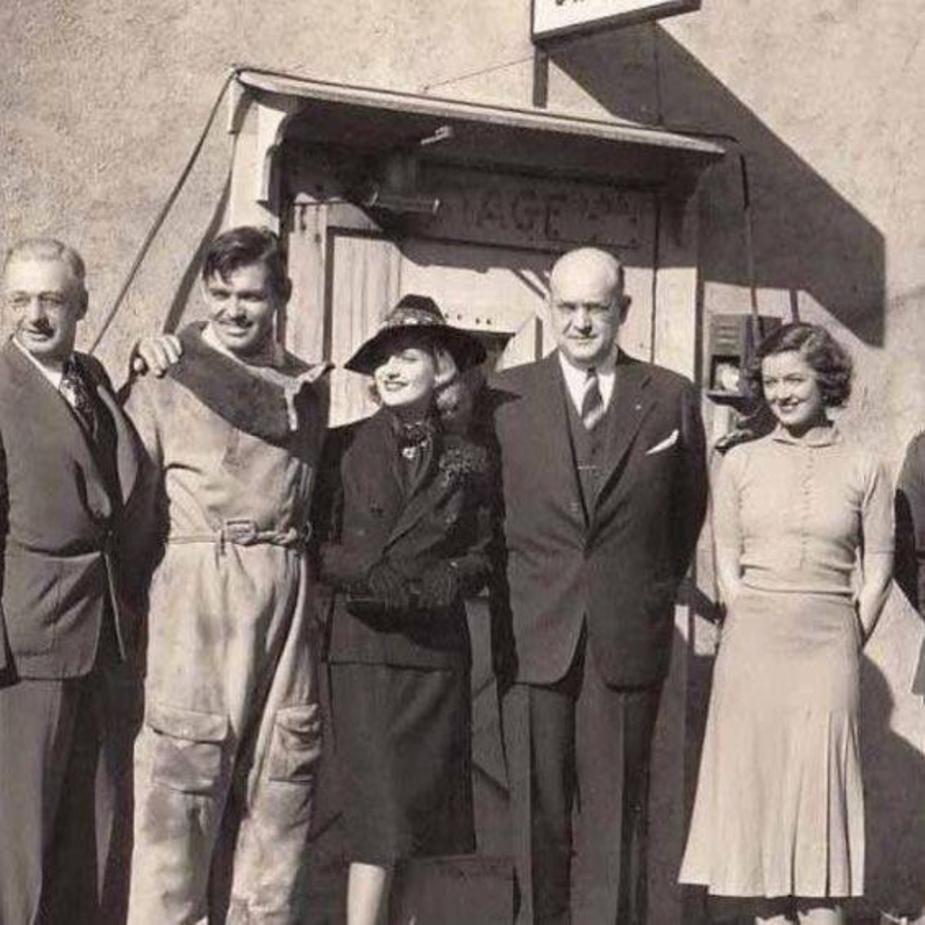 ...namely, who's posing with them?

It's believed this was taken outside Stage 12 at MGM in Culver City while Gable and Loy were filming "Test Pilot," among Clark's most successful vehicles. However, I can't identify the man at left or the fellow between Lombard and Loy. Were they Metro executives, notables from the aviation industry or other people entirely?

If you have any idea, please drop us a line.
Collapse