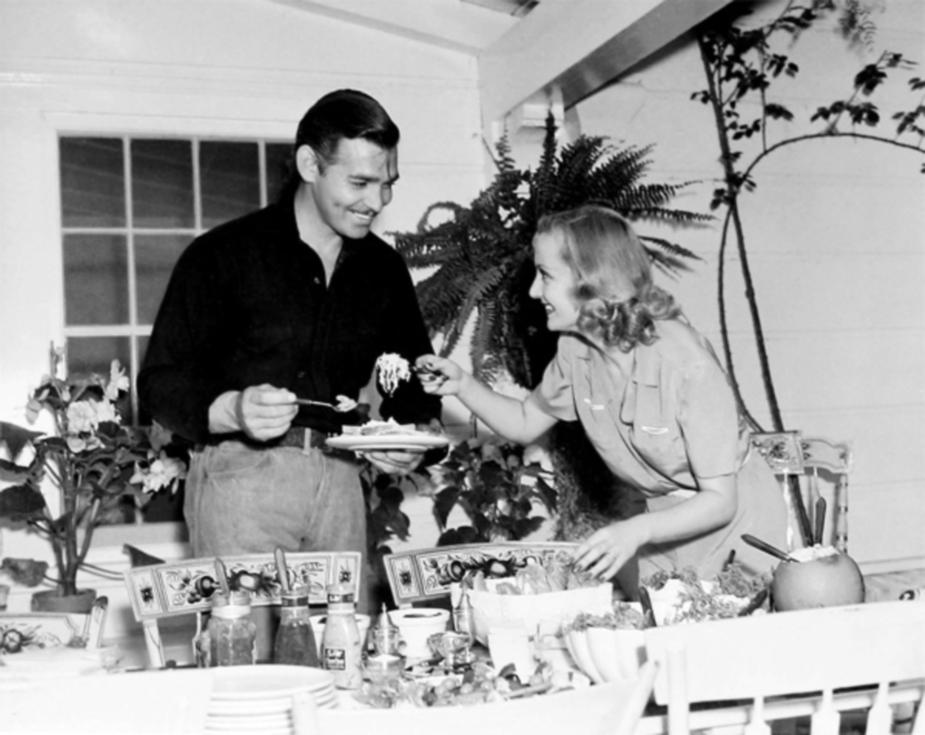 Carole Lombard and Clark Gable may have been major movie stars, but they liked to do many of the same things as mortal couples -- preparing their own meals, for instance, as shown here in 1940. Lombard enjoyed cooking, among the skills she had learned from her mother and two older brothers.

In fact, more than a decade earlier, she contributed two recipes to a celebrity cookbook: 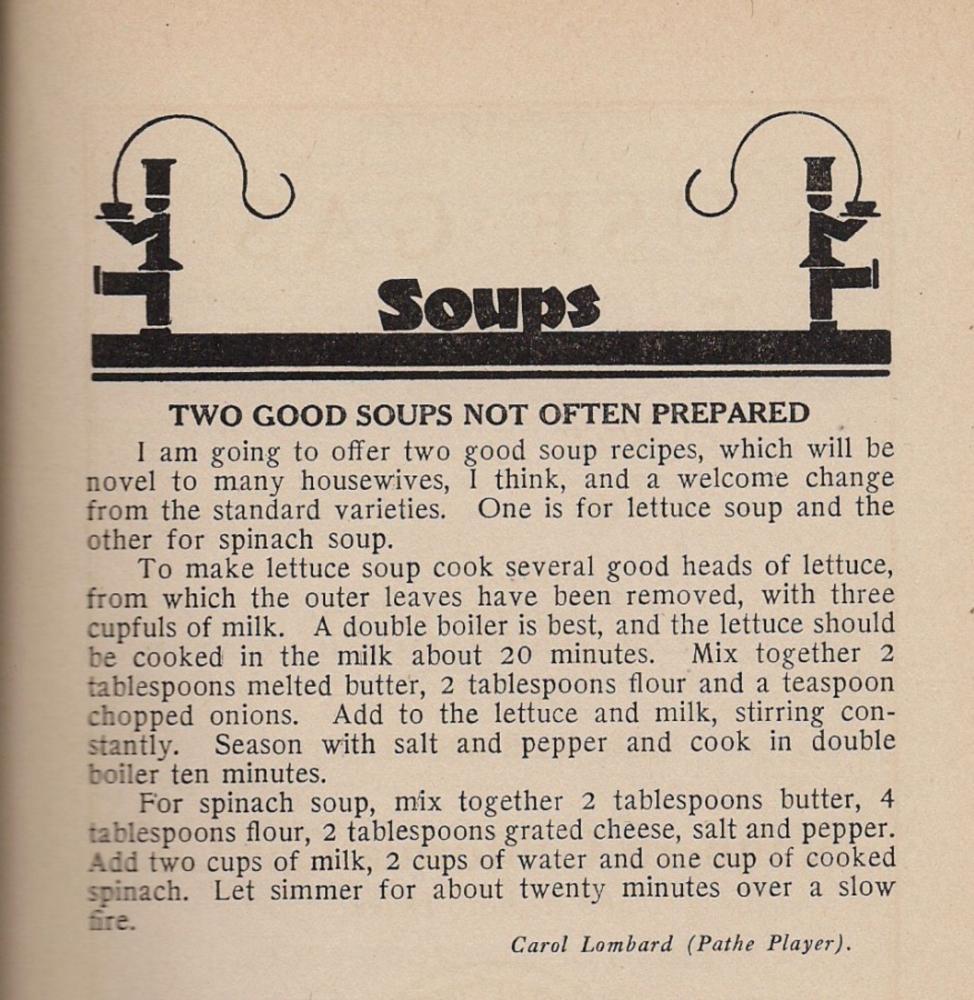 I've made the spinach soup several times, adding a few touches of my own (seasoned flour, shredded rather than grated cheese), and it's always satisfying. One of these days, I'll work up the courage to make lettuce soup a la Lombard.

The cookbook it's from is up for auction at eBay: 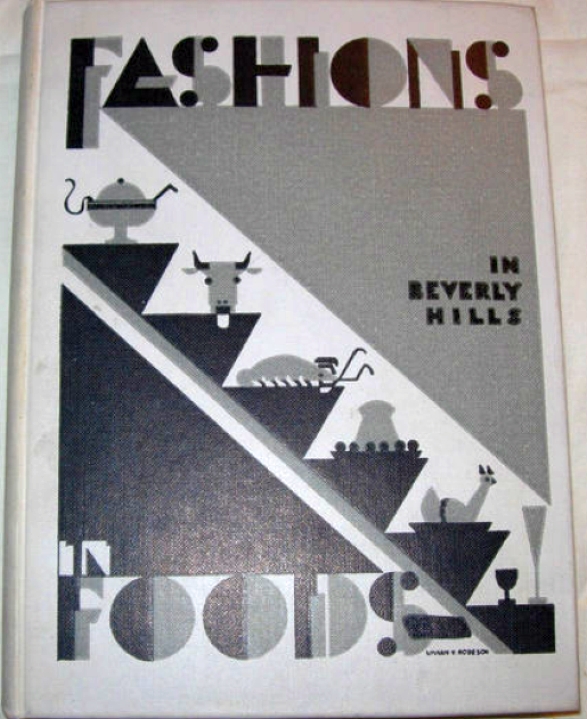 The book was created by the Beverly Hills Woman's Club, and we see that although it was printed in August 1931, this was its third edition...which explains why Lombard's first name has no "e" and she's shown as a Pathe player rather than one at Paramount. 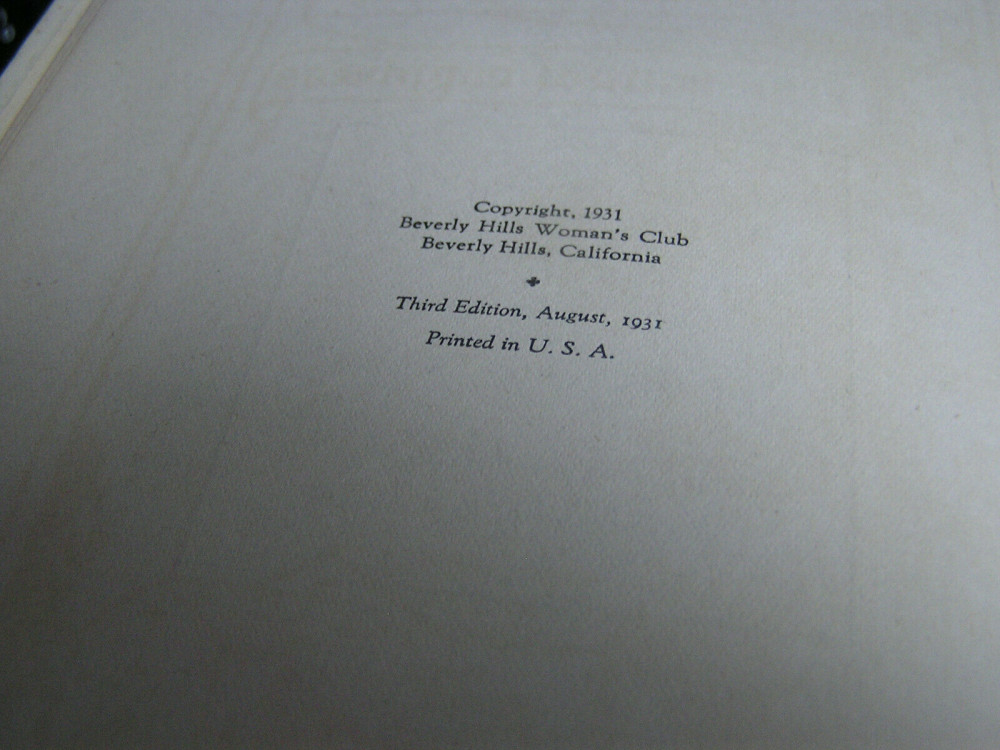 Will Rogers, a key player in the growth of Beverly Hills, appropriately provided a foreword: 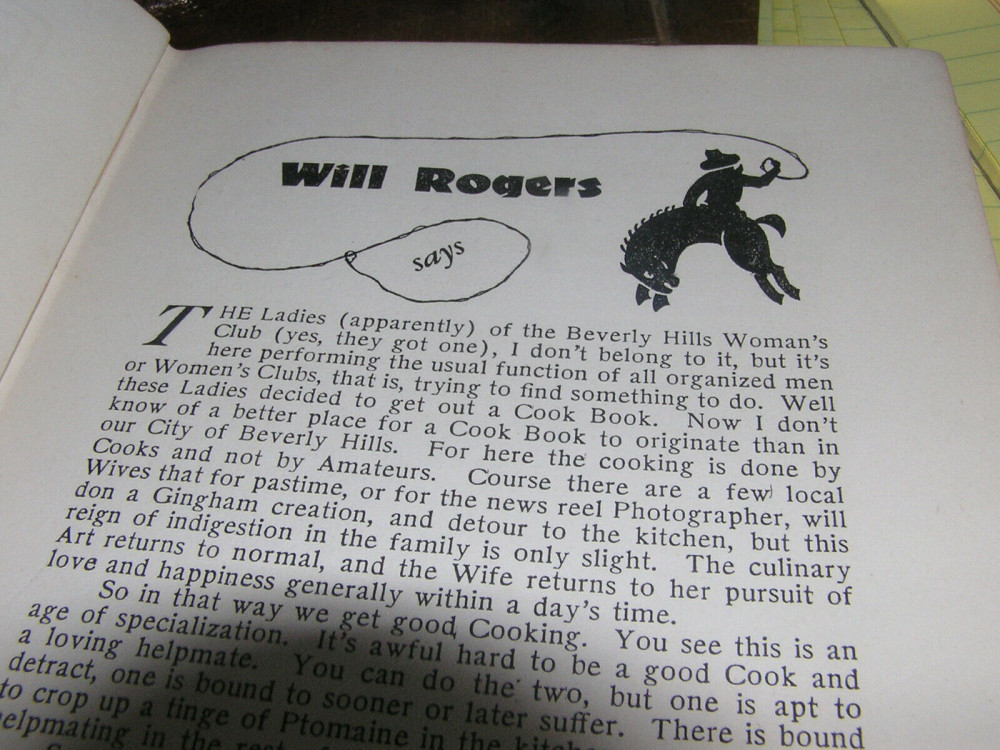 Rogers, who once referred to chili as "a bowl of blessedness," contributes a recipe for the dish, while Buster Keaton has one for chop suey. Unfortunately, the seller didn't show any recipes from the book in the description (the Lombard page was provided to me some years back), and the only other recipe I could track down was for Douglas Fairbanks' lemon pie: 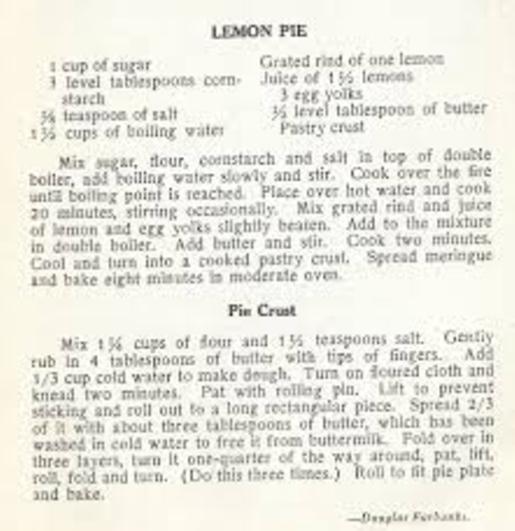 However, we have several ads, two from local businesses and a third from a favorite getaway for the film crowd: 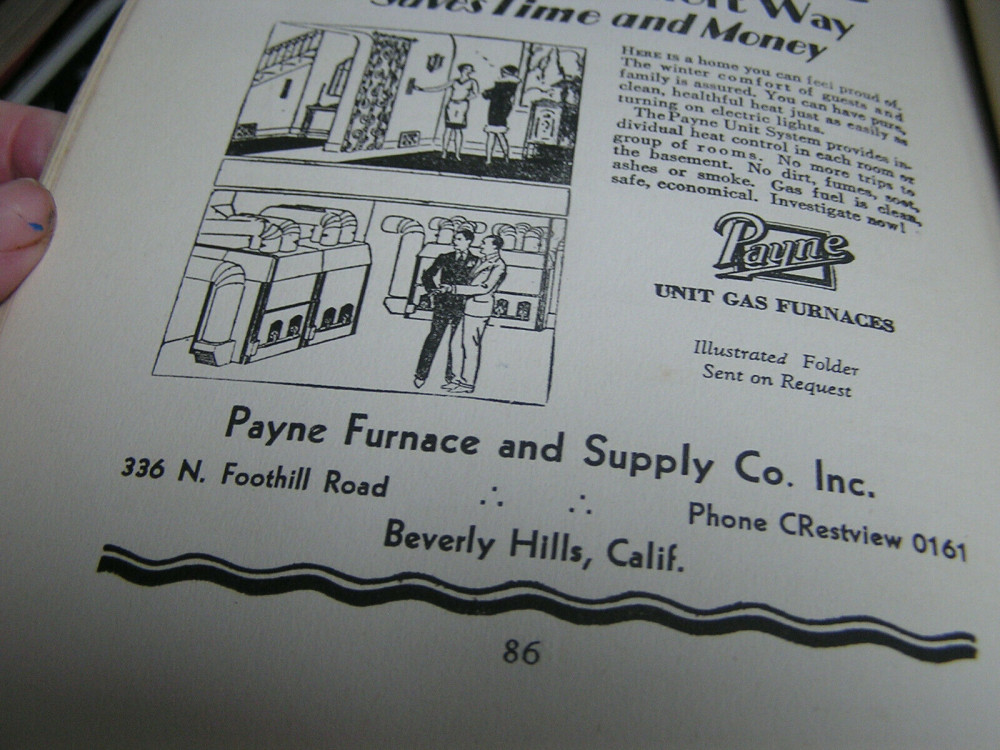 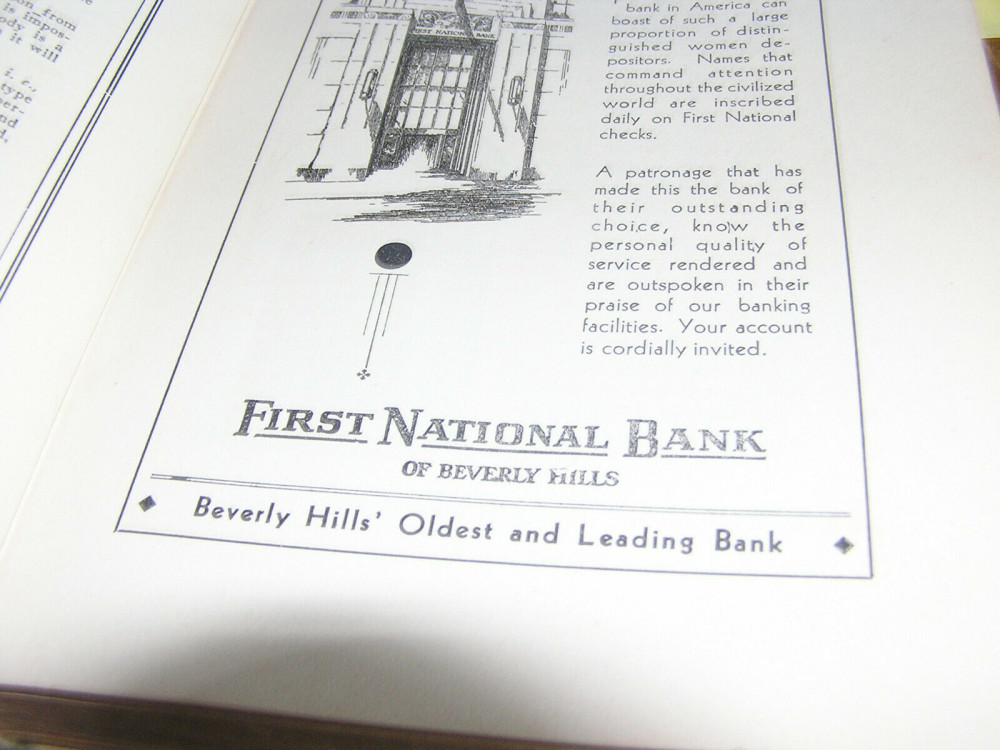 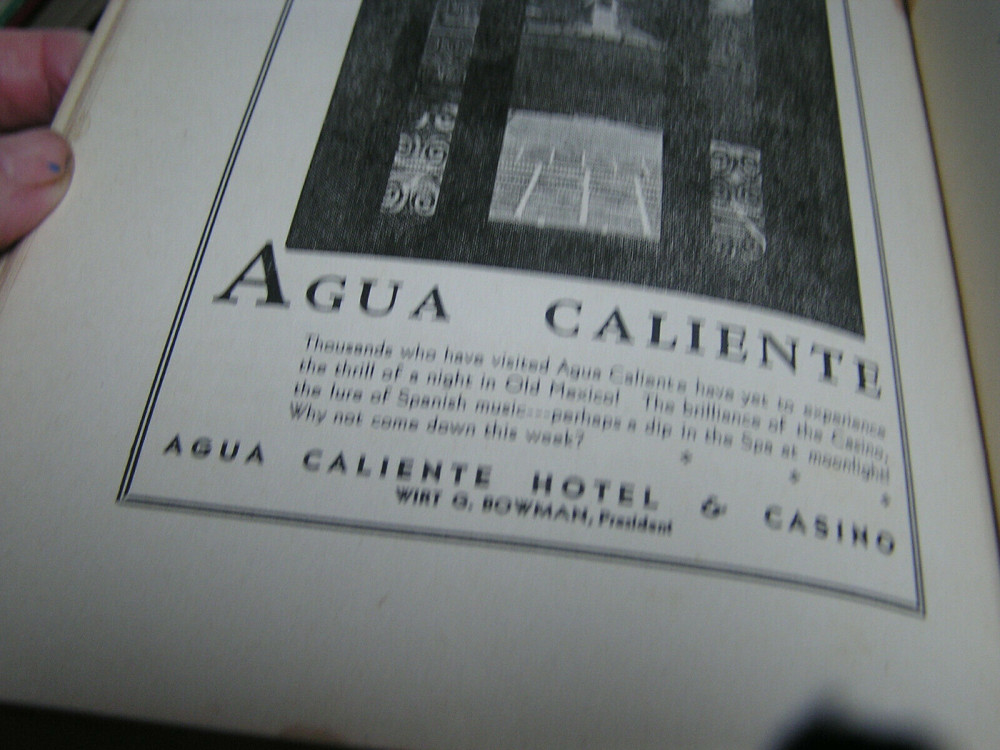 While the 223-page volume has some wear on the covers, it's in usable condition for a cookbook that's 88 years old.

And if you're the winner, please share some of the recipes with us. With luck, they'll be as tasty as Lombard's spinach soup.
Collapse