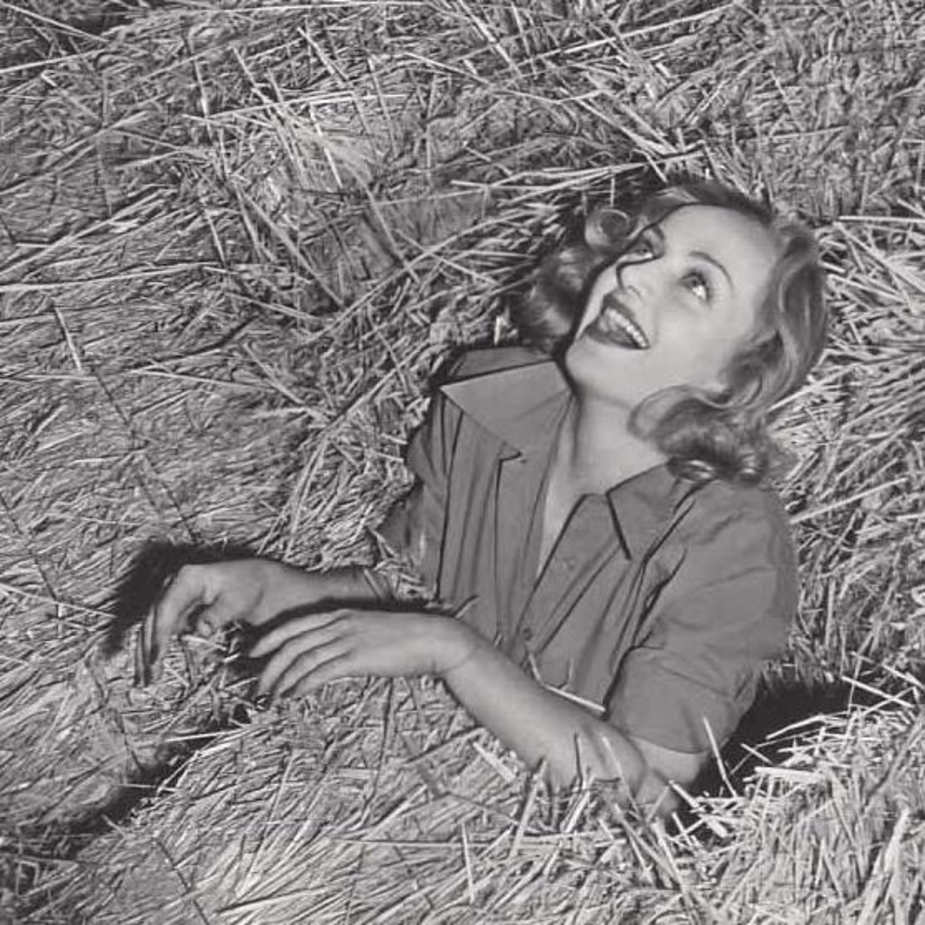 A new acronym has surfaced in recent years, "G.O.A.T.," or "greatest of all time." It's often used to label athletes -- is Babe Ruth the "G.O.A.T." of baseball, or might it be Willie Mays? (If Mike Trout keeps up his fabulous career, he'll enter the discussion, though it'd help his cause if the Angels ever reached the World Series.)

I'm sure many Carole Lombard fans deem her the G.O.A.T. where comic actresses are concerned, but in Carole's time it didn't refer to acronyms, merely to this: 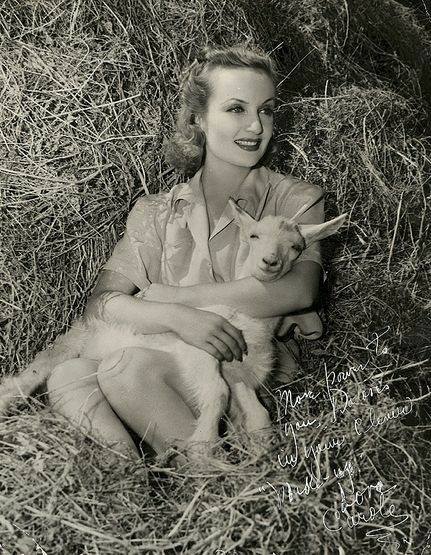 Now, another photo of Carole with a goat (as in livestock) has surfaced, and at first glance it's rather odd: 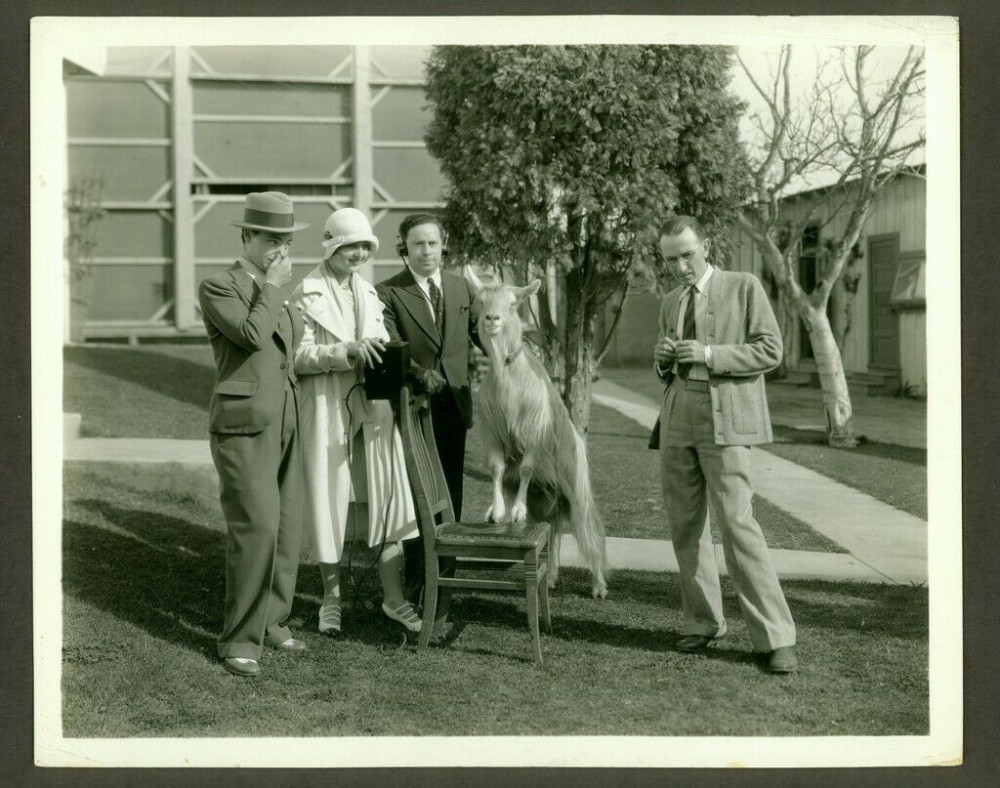 What's this all about? A close-up of Lombard helps a little (and look at the man next to her holding his nose!): 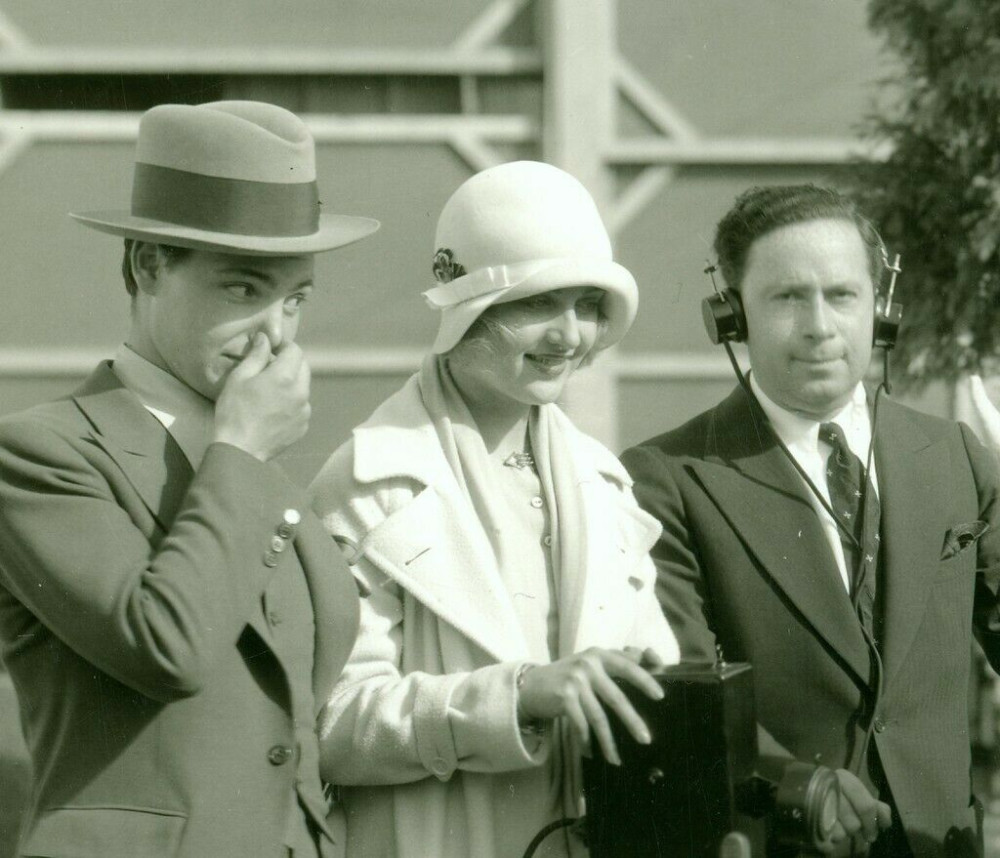 Does the back of the photo help? Not as much as we'd like: 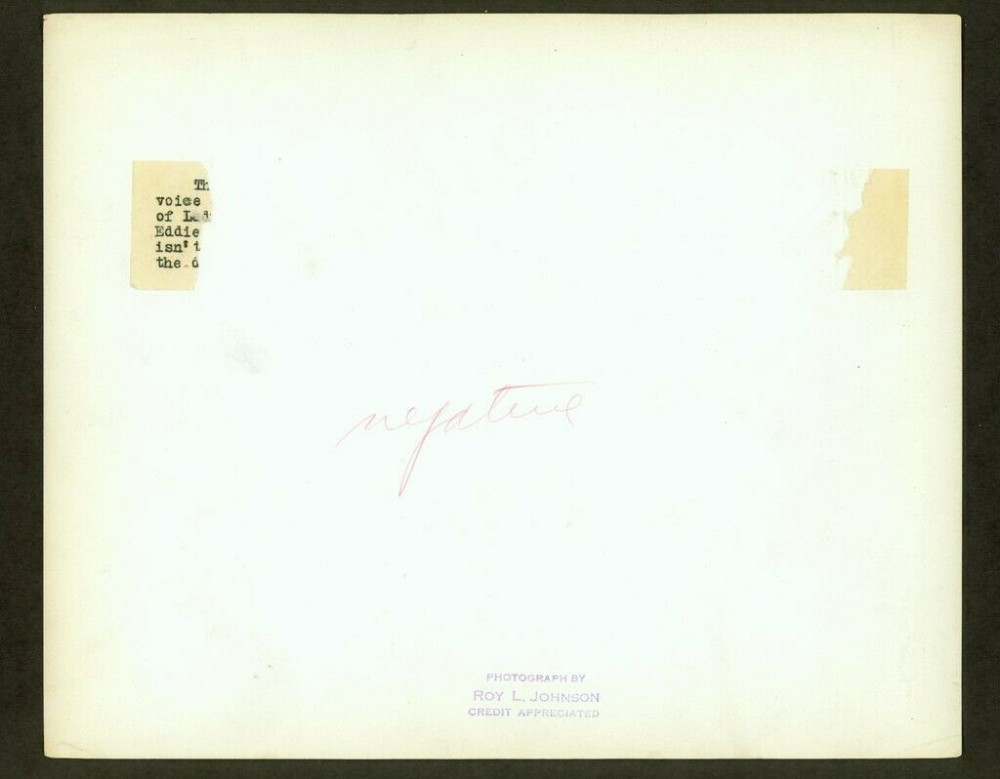 Most of the snipe's been torn away -- but thankfully there's a stamp indicating this was taken by a Roy L. Johnson. An Internet search for his photos led to this: 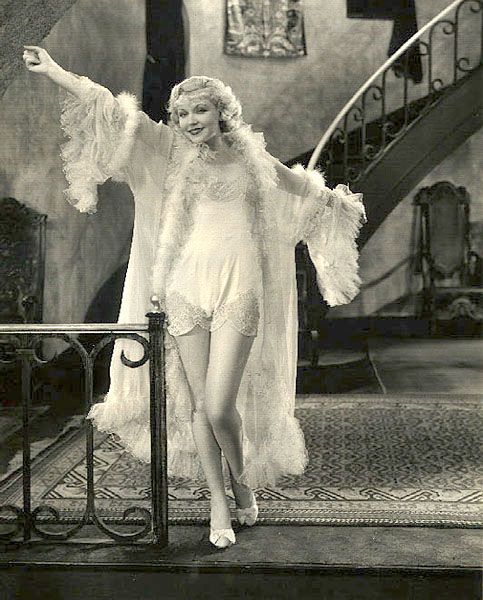 That's Joyce Compton (1907-1997), who had supporting roles in Carole's "Up Pops The Devil" and "Love Before Breakfast." (Her best-known film is probably "The Awful Truth," where she plays a gimmicky nightclub singer.) However, in between those Lombard films, Compton worked for Mack Sennett before his studio shut down in 1933. So if Johnson shot that still for Sennett, he probably also worked for Pathe, its sister studio.

There's a man next to Carole wearing headphones; could this be from that chaotic period when silents were being challenged by talking pictures? We know that on Dec. 16, 1928, Lombard appeared in a gag photo with a parrot, an image that ran in the Los Angeles Times (https://carole-and-co.livejournal.com/915945.html): So this may have been more of the same, only with a different animal. Furthermore, Carole's cloche was popular millinery in late '28. So as result of my sleuthing, I've come to the conclusion this was taken about that time, at Pathe. (Philo Vance and Nick Charles would be proud of my detective work!)