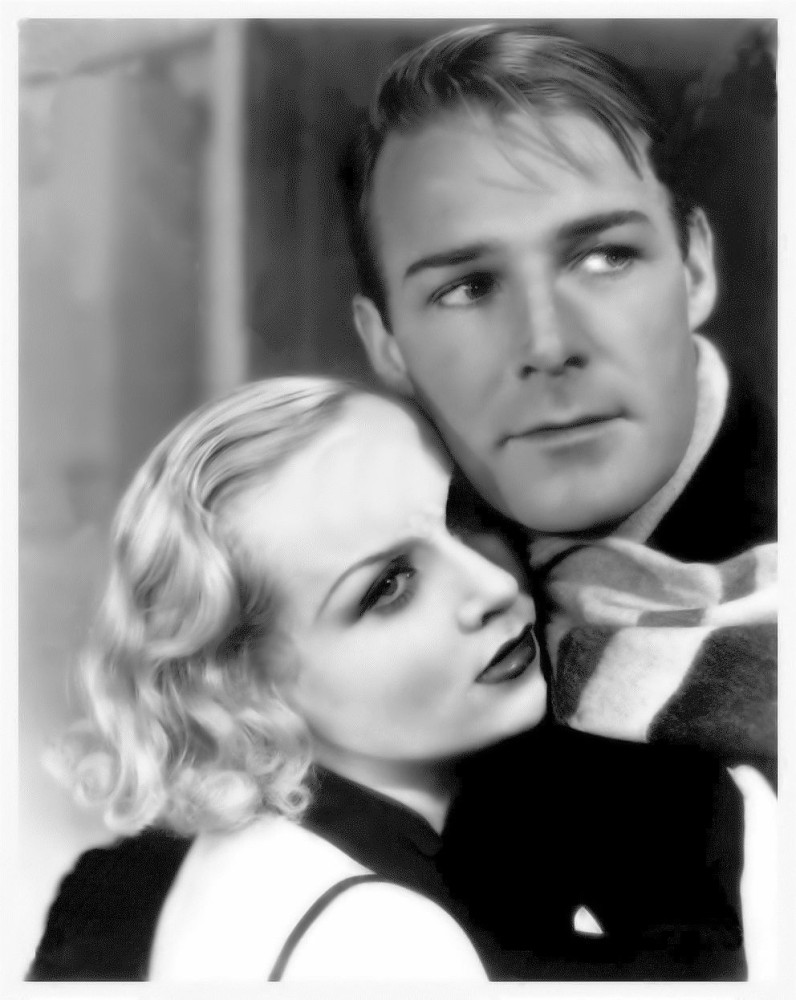 Carole Lombard and Randolph Scott comfort each other in this still from "Supernatural," the film they were making in March 1933 when something happened in Hollywood that current Angelenos can relate to. 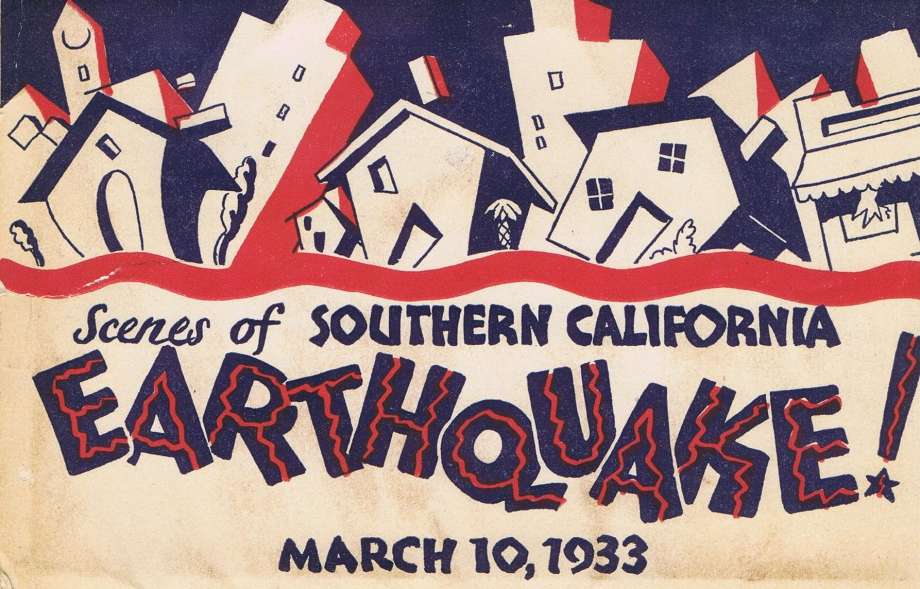 Yep, an earthquake, which struck at 5:55 p.m. on Friday, March 10...and though it only registered 6.4 on the Richter scale -- roughly identical to the lesser of the two quakes which southern California experienced recently -- it was far more severe than the illustration above lets on. More than 100 people died in the quake which caused substantial property damage, particularly in Long Beach, Compton and Huntington Park.

The area of Los Angeles where the film industry was centered (Paramount, RKO, Columbia and United Artists around Hollywood; Fox in West Los Angeles; MGM and Hal Roach in Culver City; Universal and Warners in the San Fernando Valley) suffered far less than communities south of town. But at a time when the economy was at its nadir and the film industry was struggling, this hit the movie capital hard. From the June 1933 issue of Motion Picture magazine: 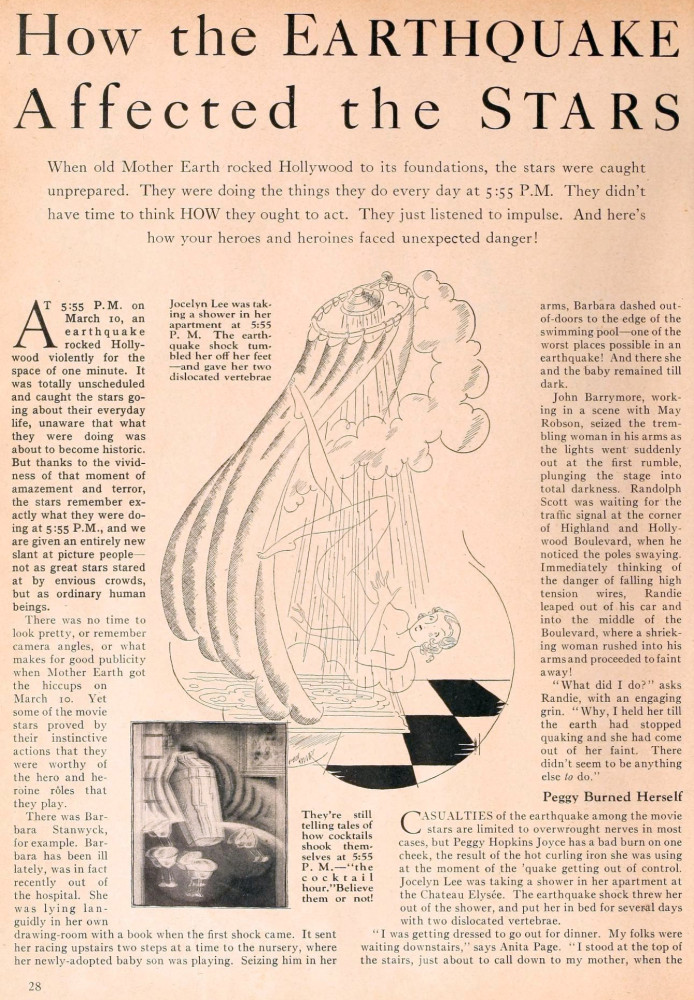 The entries are worth checking out -- and a reminder that we should be thankful that in the ensuing 86 years, construction and engineering techniques have made buildings far safer. Whether they'll be enough to withstand "the big one" if and when a huge quake strikes a fault close to Los Angeles is something none of us can predict.

To close, some related music. The song "Shakin' All Over," first recorded in 1960 by the British band Johnny Kidd and the Pirates, has become a rock standard; the Canadian band the Guess Who had the biggest version of it in North America in 1965, and the Who performed it at Woodstock in 1969 and on their famed "Live At Leeds" album in 1970. But this song of desire is especially interesting when done by a woman -- the now-retired Wanda Jackson sang it, and I'm partial to this version from my Facebook friend Donna Loren, a '60s singer/actress who performed it on "Shindig!" in 1965, then did it again 45 years later, using the '65 video as a backdrop. I love her updated version and arrangement, and think you will too.