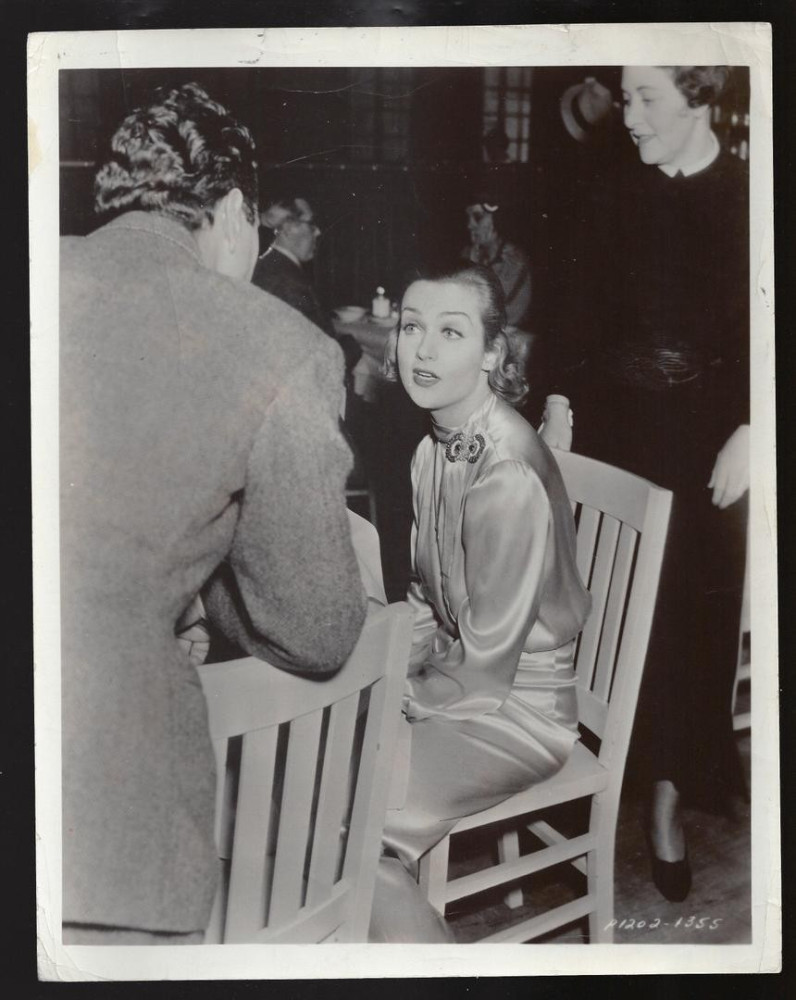 Photographing Carole Lombard in the 1930s -- and getting paid for it -- must have been a wonderful job, even in casual shots such as this one, Paramount p1202-1355. Fortunately, we also have the back of the pic, which not only tells us more about it, but who took it as well: 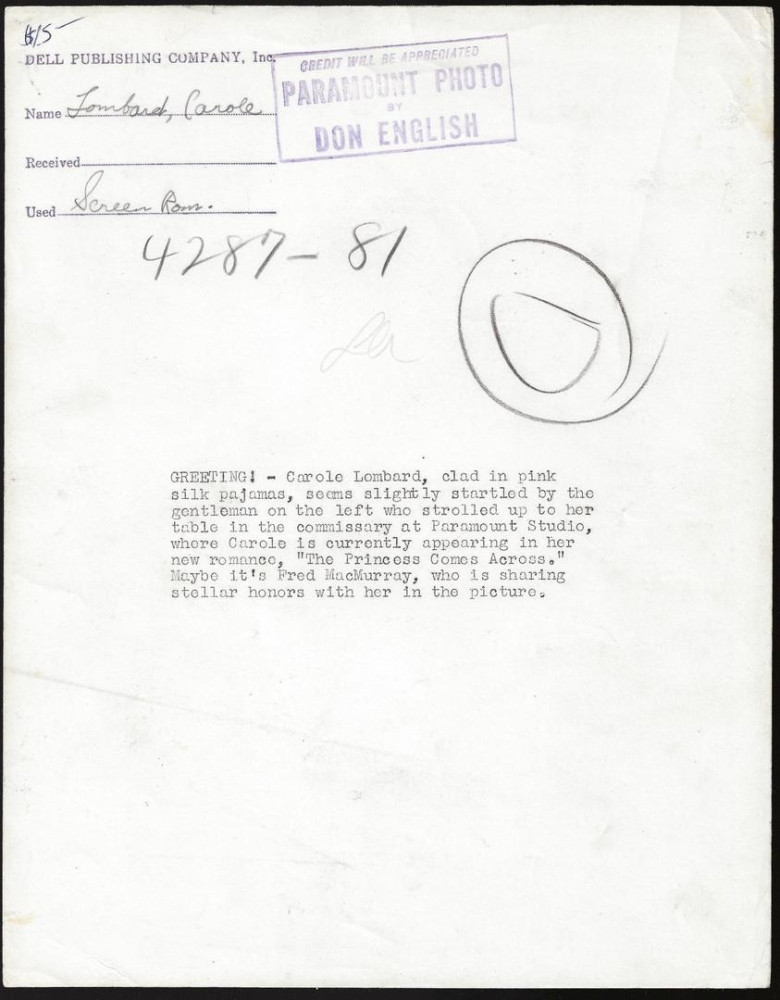 Don English (1901-1964) was a Paramount staff photographer for many years, best known for his pictures of Marlene Dietrich, including this iconic image for her 1932 classic "Shanghai Express": 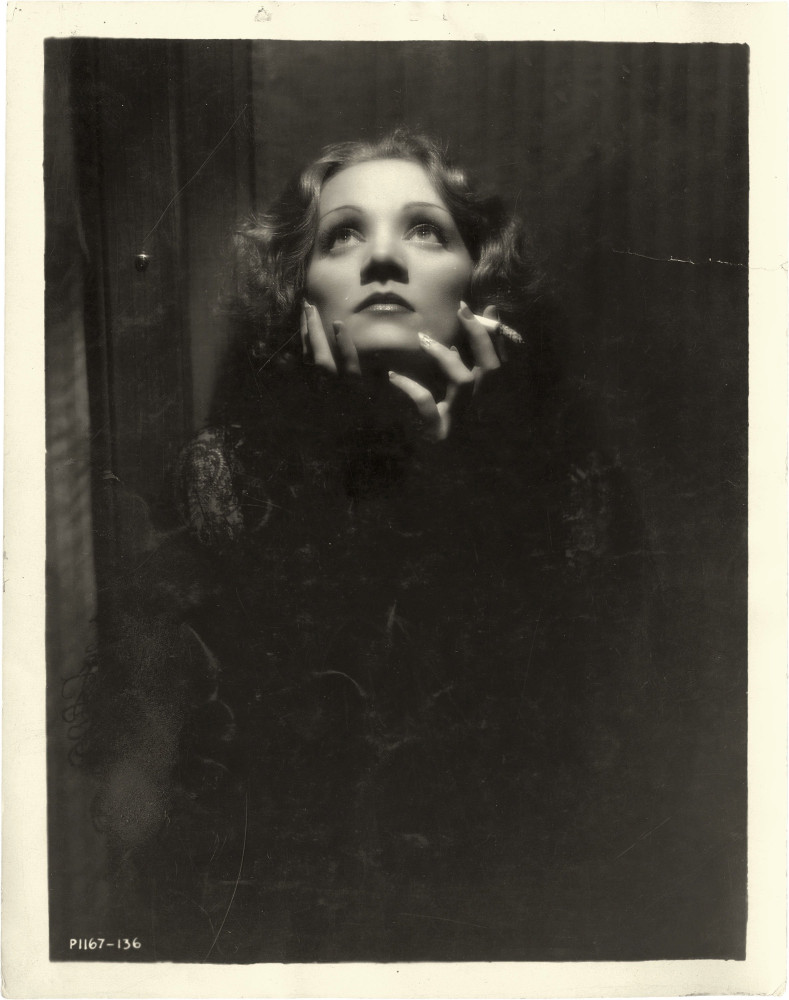 English didn't regularly work with Lombard until the mid-thirties. Some months before photographing her at the Paramount commissary, he snapped Carole at one of her favorite spots -- the tennis court. We've seen many an image of her in that context, but this one's new to me: 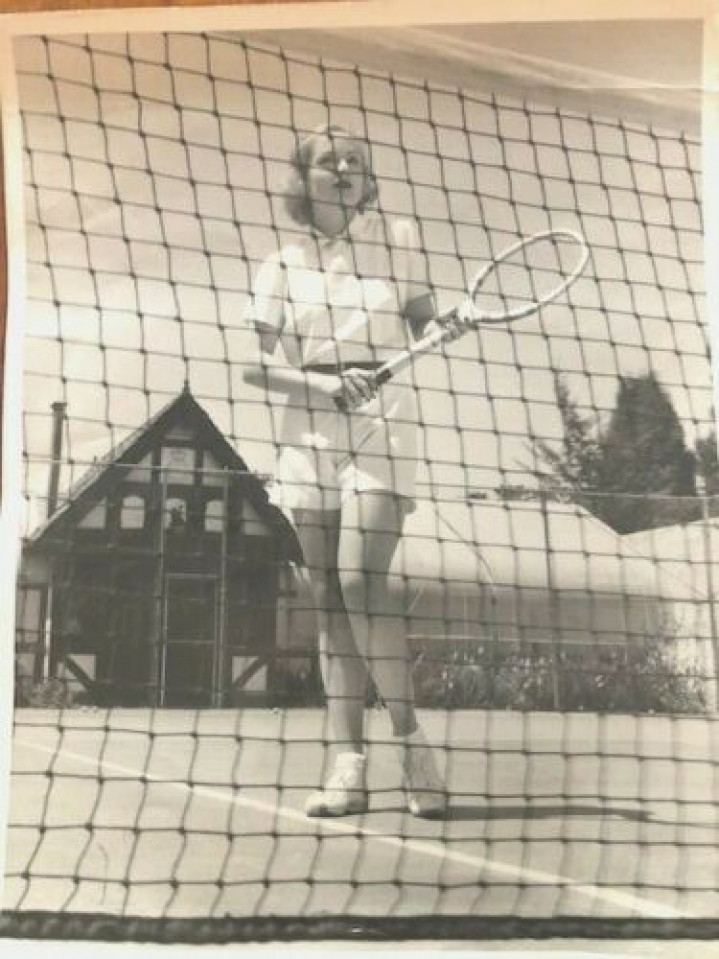 Here it is without the borders and slightly larger: 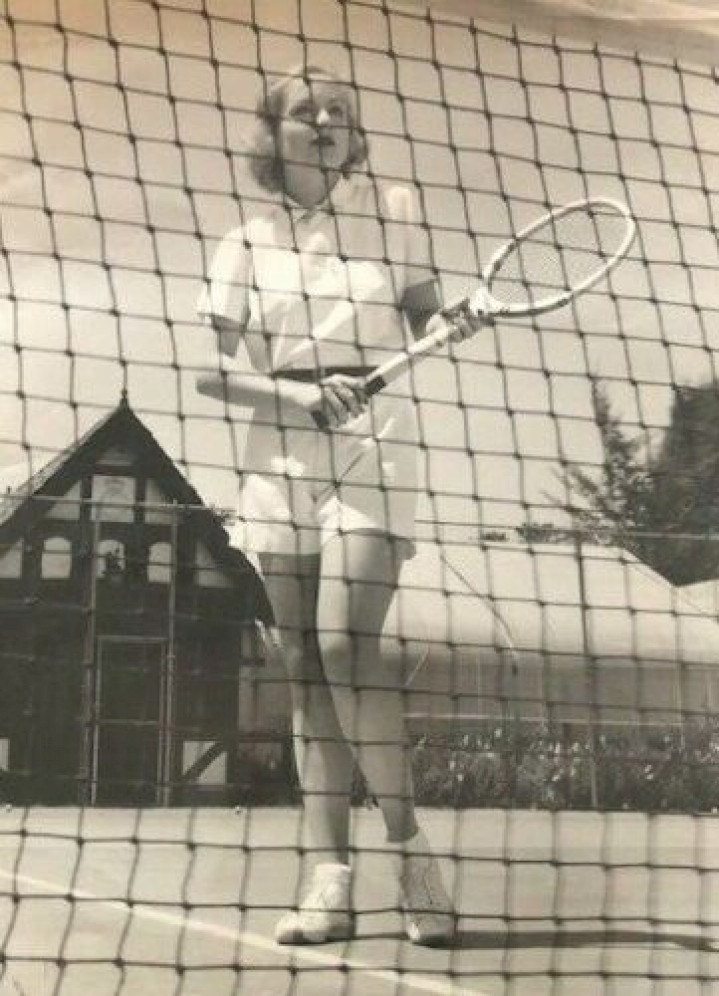 The back of the photo includes both English's studio stamp and a snipe, which reads

THROUGH THE NET -- Carole Lombard's blonde beauty is still Paramount (pun) as she waits her partner's serve. Miss Lombard, soon to appear in "Hands Across The Table," rates as one of Hollywood's best women tennis players. 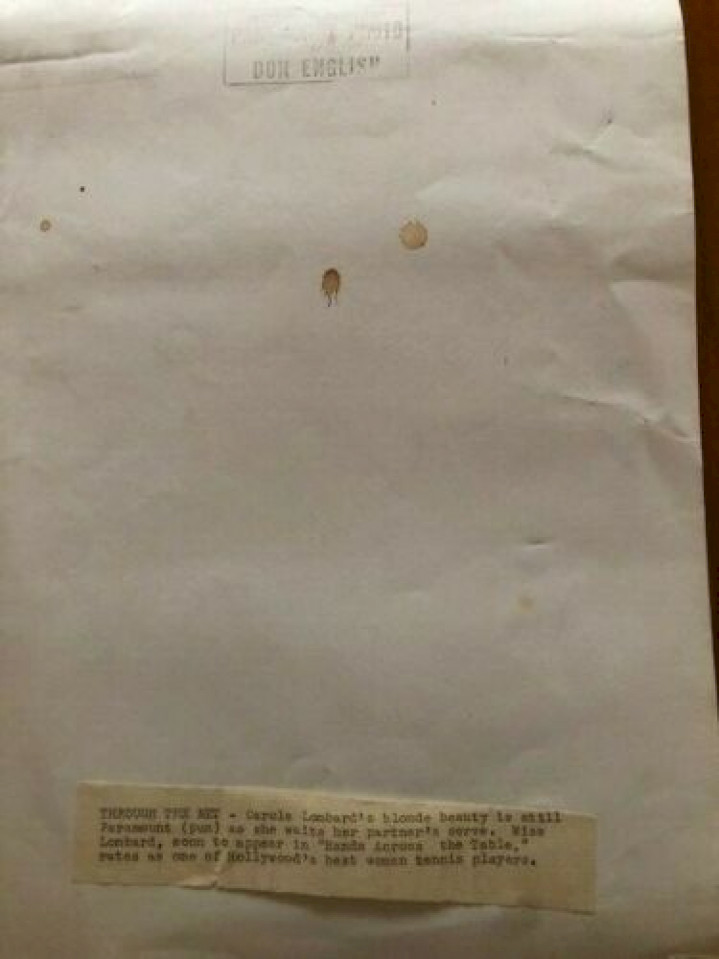 This vintage pic is oversize, 10" x 13 1/2", with some creasing and a little toning at the top. But with Lombard's leggy athleticism, who cares?

A bit beyond your means? The same seller has this original promo still from "No One Man," Carole's first top-billed vehicle at Paramount: 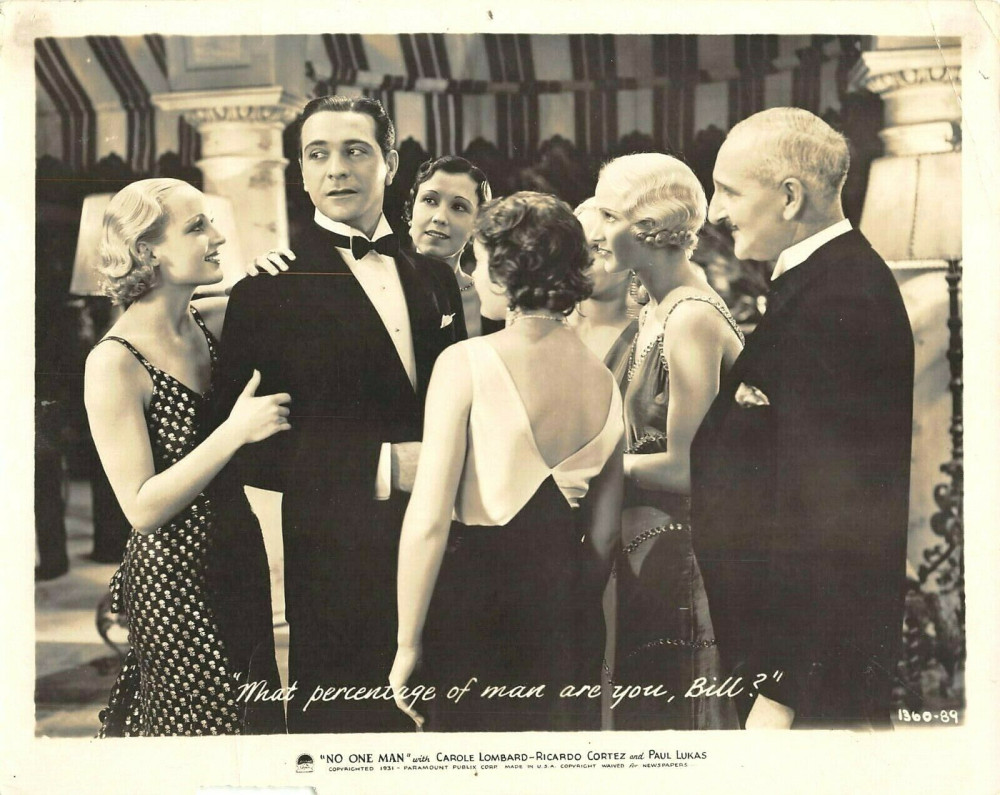 Carole is shown with Ricardo Cortez, everyone's favorite pre-Code gigolo. Cortez, in real life the antithesis of the smarmy characters he frequently played on screen (https://carole-and-co.livejournal.com/162206.html), is the subject of Dan Van Neste's well-reviewed 2017 biography "The Magnificent Heel." 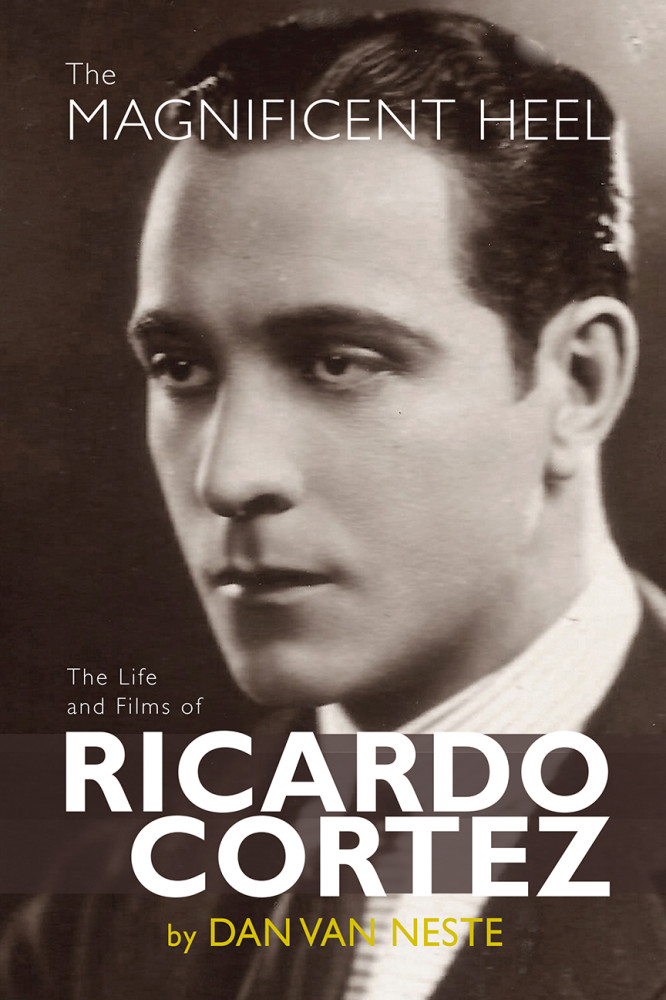