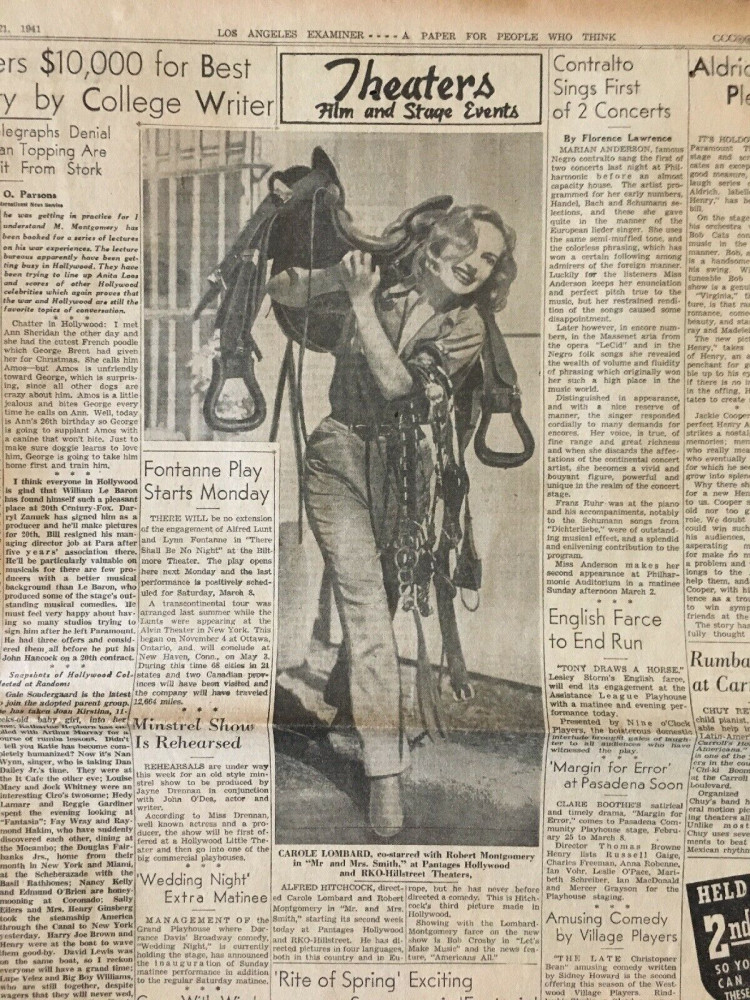 Carole Lombard looks busy with ranch chores in this photo, though it's actually a file shot used by William Randolph Hearst's Los Angeles Examiner. And chances are the day this ran -- Friday, Feb. 21, 1941 -- neither she nor husband Clark Gable were doing much of anything at their Encino home.

That's because Los Angeles had been socked by heavy rains, three years after area flooding caused havoc for thousands and led to the recall and ouster of corrupt mayor Frank Shaw. It and the latest war news from Europe and the Pacific comprised the bulk of the paper's front page... 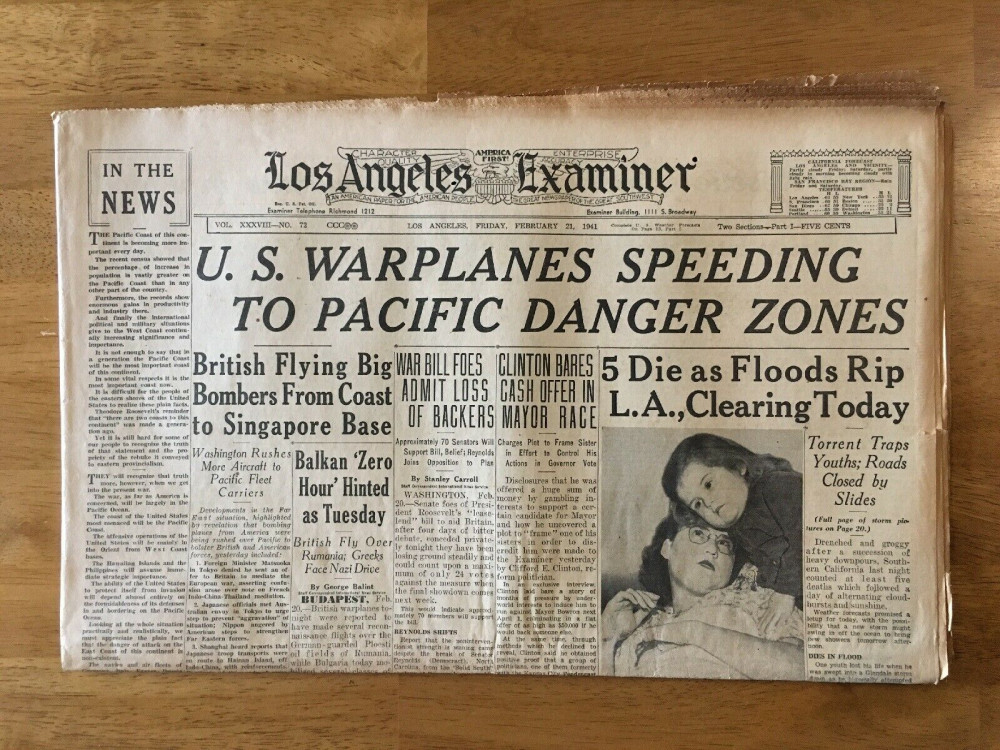 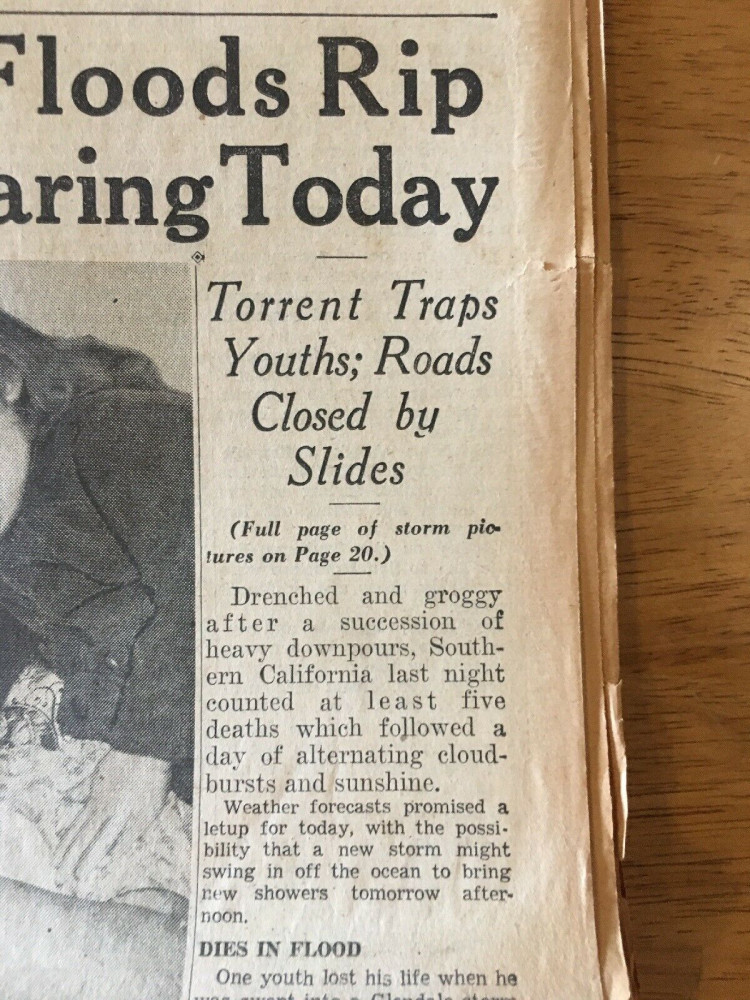 ...and a full page of pictures ran inside: Another reminder that for all of southern California's sunshine and generally temperate weather, on those rare days when nature vents her wrath, the consequences can be deadly.

The Lombard pic was used to publicize her new film, the RKO marital farce "Mr. & Mrs. Smith" with Robert Montgomery.

The front section of this issue is on sale at eBay, and since LA dailies aside from the dominant Times are difficult to find on microfilm or online, its presence is welcome. More on that later.

What else was coming out that day from the Examiner's iconic office at 1111 South Broadway, a Julia Morgan-designed building that housed Hearst papers until 1989 and is currently being refurbished as office and retail space (https://carole-and-co.livejournal.com/931674.html)? 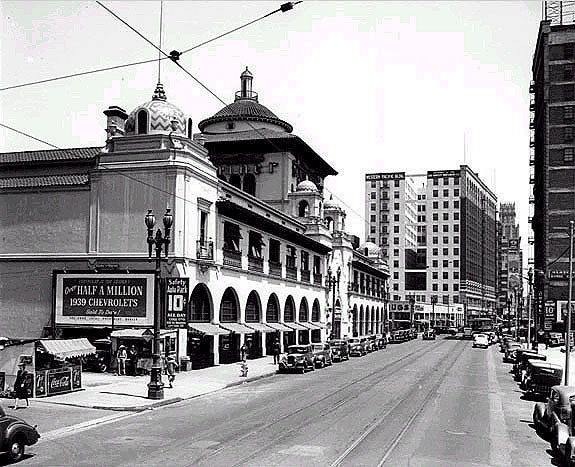 On the same page as Carole's photo, columnist Louella Parsons took time out from her Hearst-orchestrated attack on wunderkind Orson Welles (it all pertains to a little film RKO was to release called "Citizen Kane") to note director Frank Capra wa offering a $10,000 prize to a student's winning script on college life. (Dissatisfaction with Robert Riskin, perhaps?) The project probably was scuttled after World War II ensnared America. Here are several full pages of the paper -- first, the front: 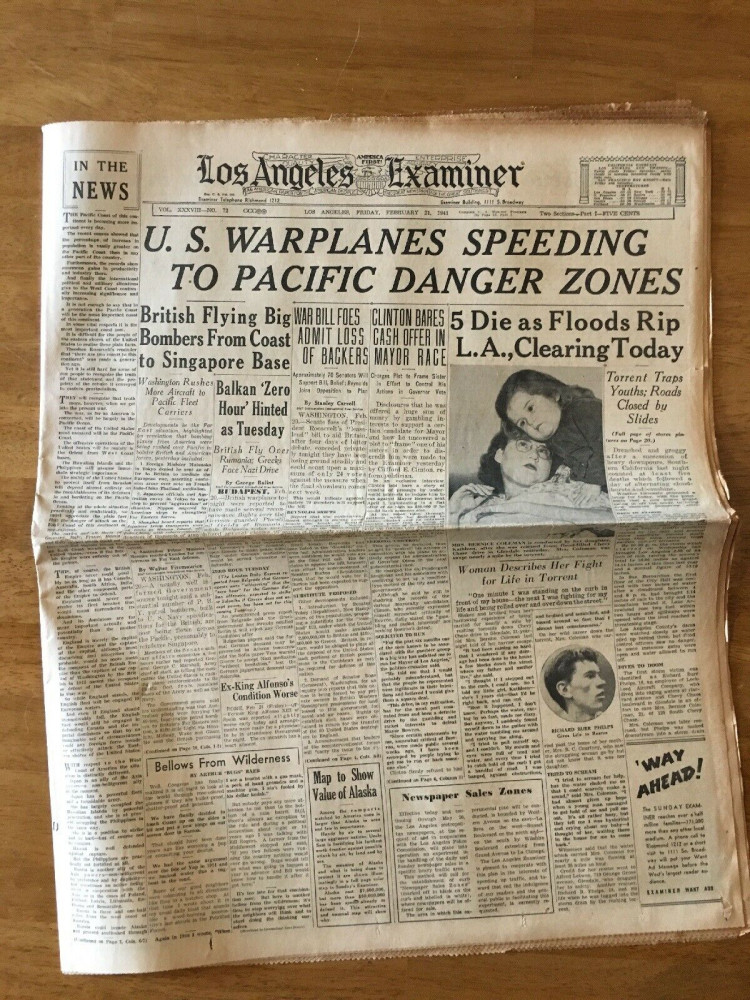 And two inside focusing on the rains: 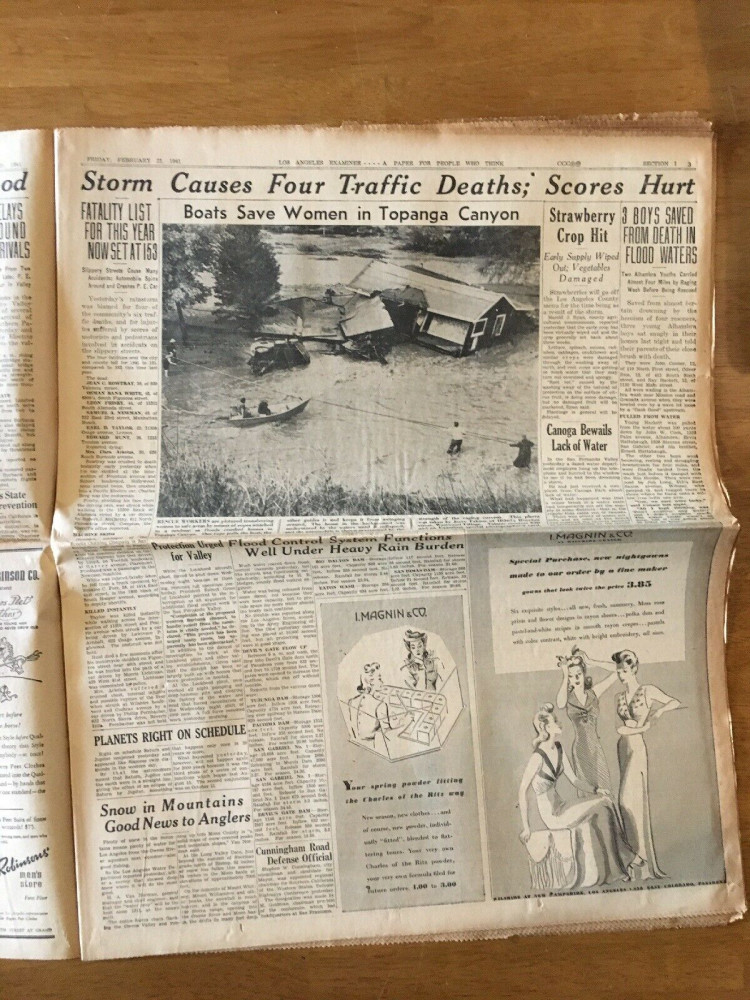 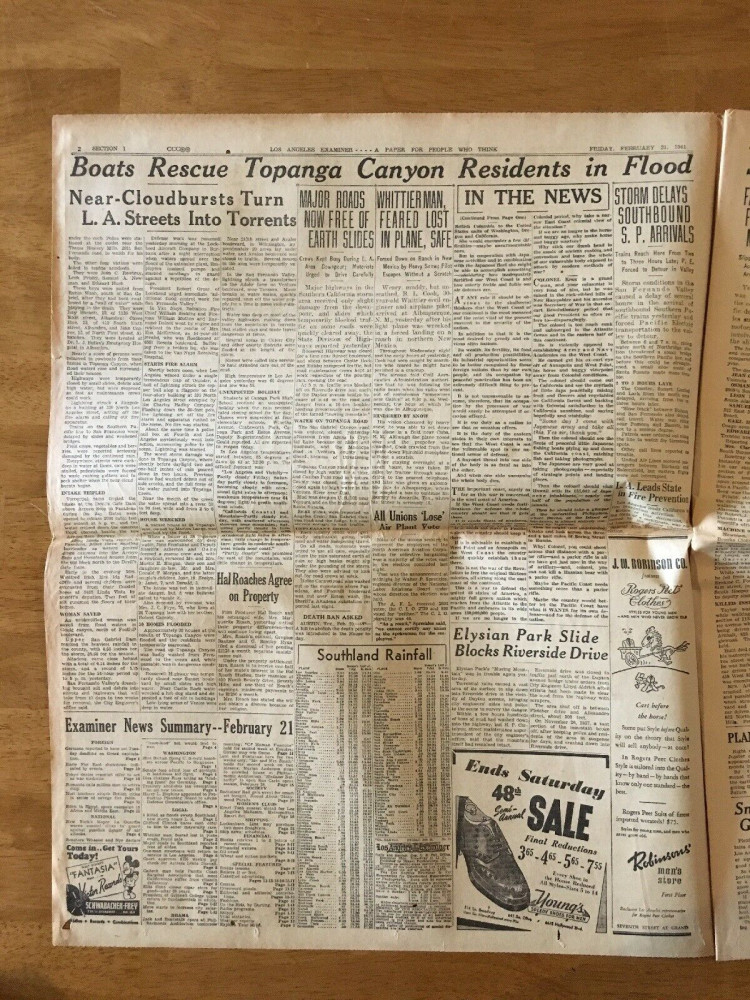 As you might expect from a newspaper 78 years old, it's yellowed and a bit brittle but otherwise readable.