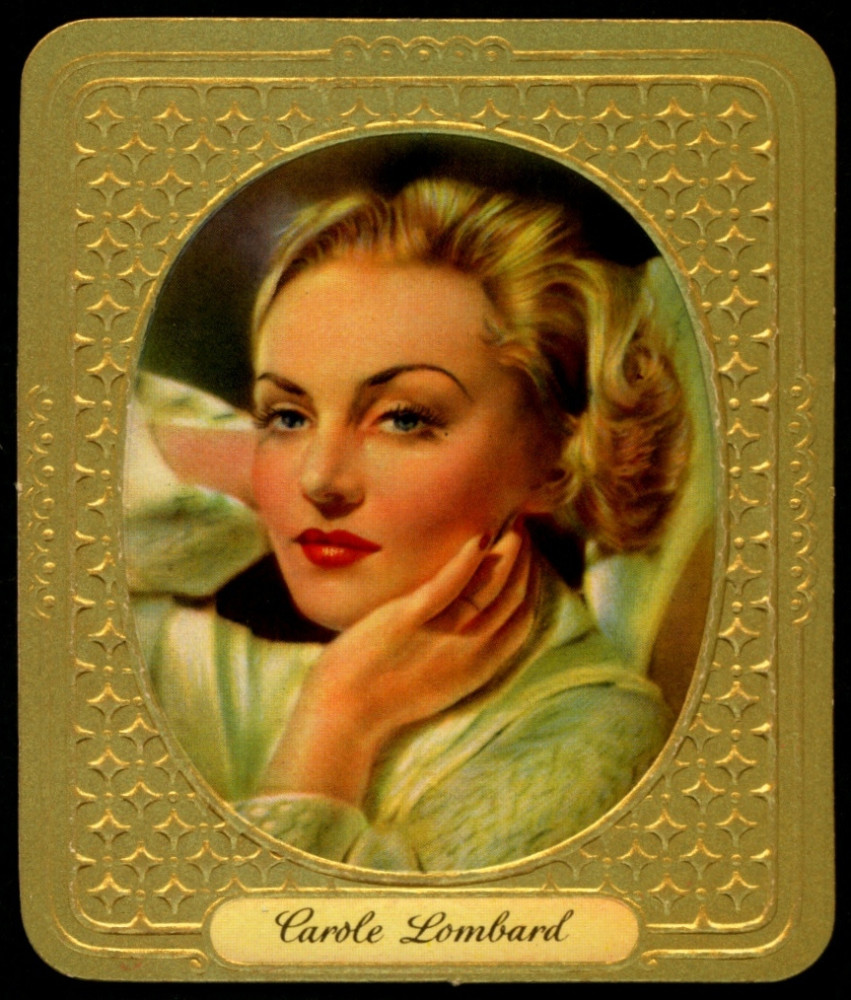 It's been a while since we've run an entry on Carole Lombard tobacco cards, but they were a key part of Lombard memorabilia, particularly outside North America, and are cherished and sought-after items today. This piece looks at the British company R.J. Lea, and a series it issued in 1935 titled "Girls From The Shows." A total of 48 cards were released, including this of Lombard (with George Raft, from "Rumba"): 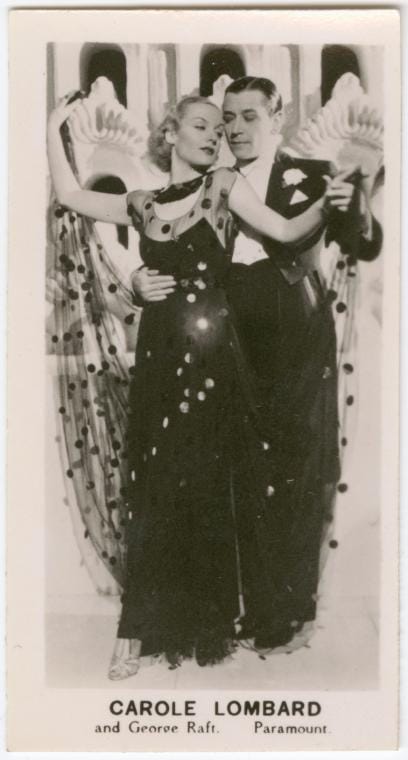 The rear featured "biographical" info on her: 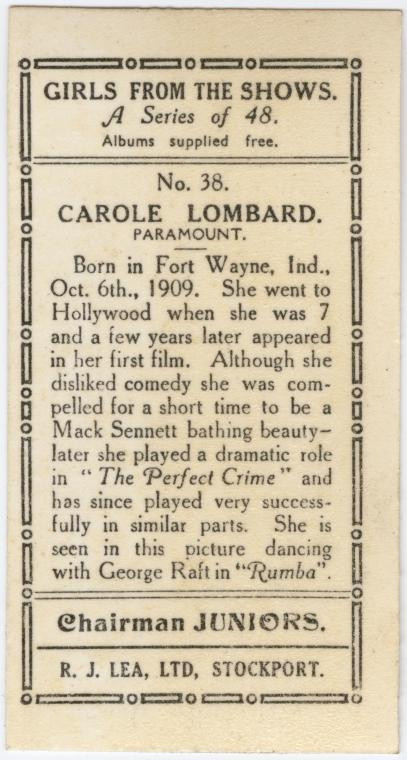 OK, the "born in 1909" was a regular "alternative fact" at the time, as Kellyanne Conway might say. But being a Mack Sennett "bathing beauty," then appearing in "A Perfect Crime"? Er, not quite -- that was her film debut, made when she still was Jane Alice Peters.

Other performers in the set include Alice Faye... 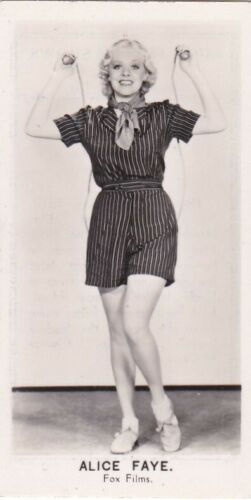 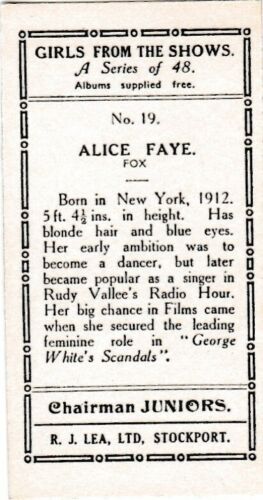 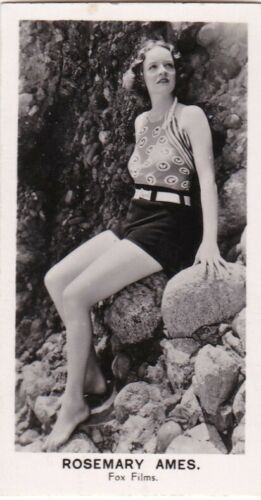 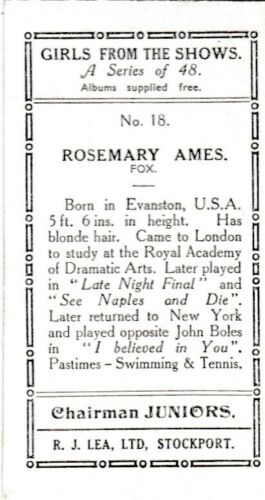 For some reason, Ann Dvorak received two cards, with different poses and info: 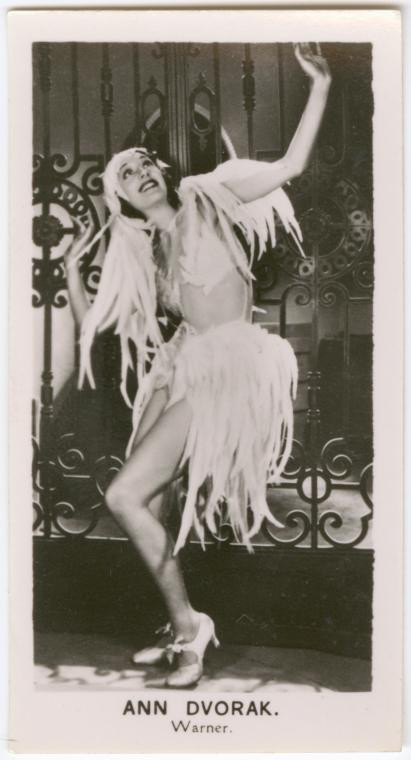 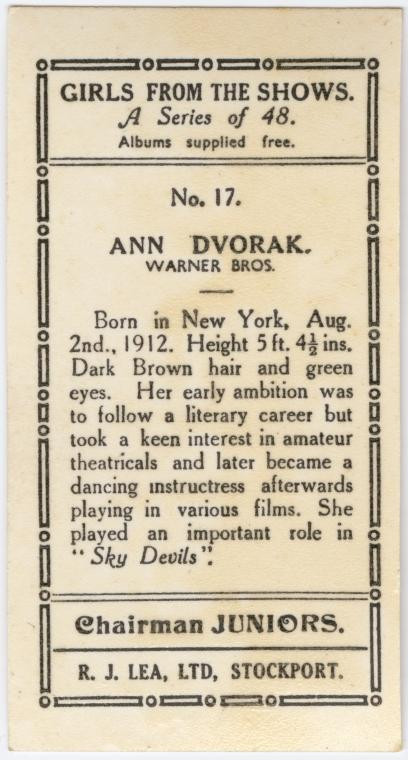 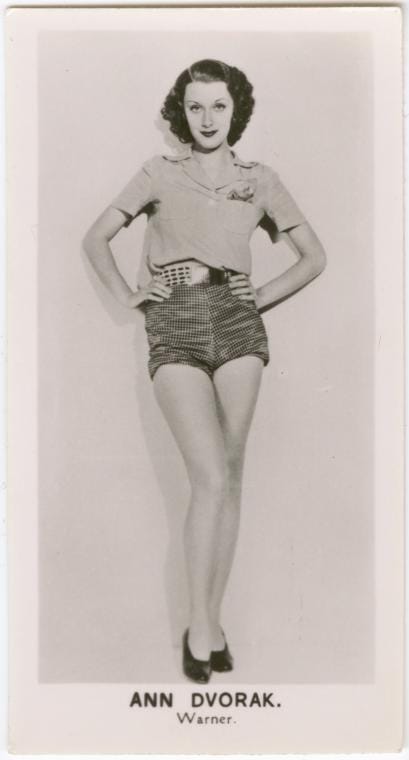 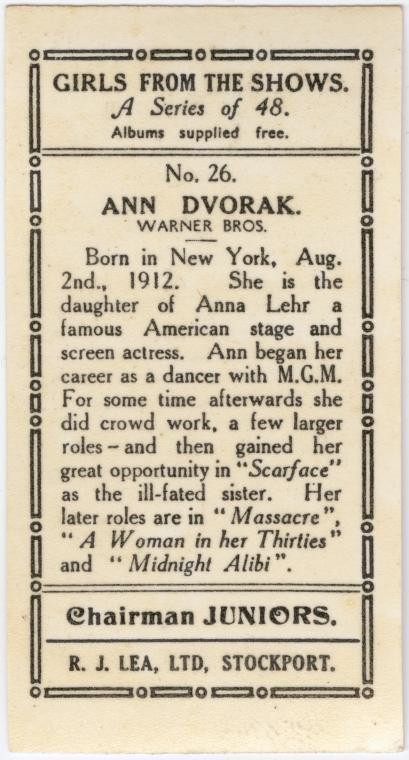 See images of the entire set at https://www.listal.com/list/cigarette-cards-girls-shows.