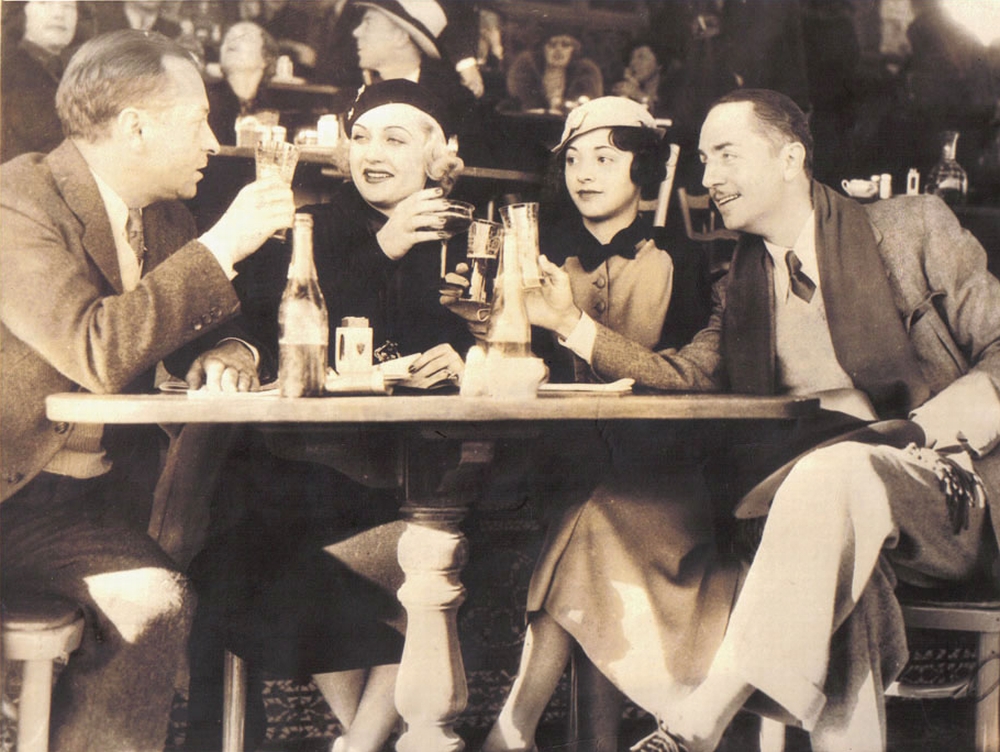 Carole Lombard enjoys a drink at Agua Caliente in Mexico in early 1933 with then-husband William Powell, fellow actor Ernest Truex and his wife. (Prohibition still existed throughout the U.S., although repeal would come before year's end.) Somewhere, Lombard might be pleasantly surprised to learn that more than eight and a half decades later, a beer has been named after her.

It appropriately hails from her hometown of Fort Wayne, Ind., and the brew has her nickname, "Profane Angel." 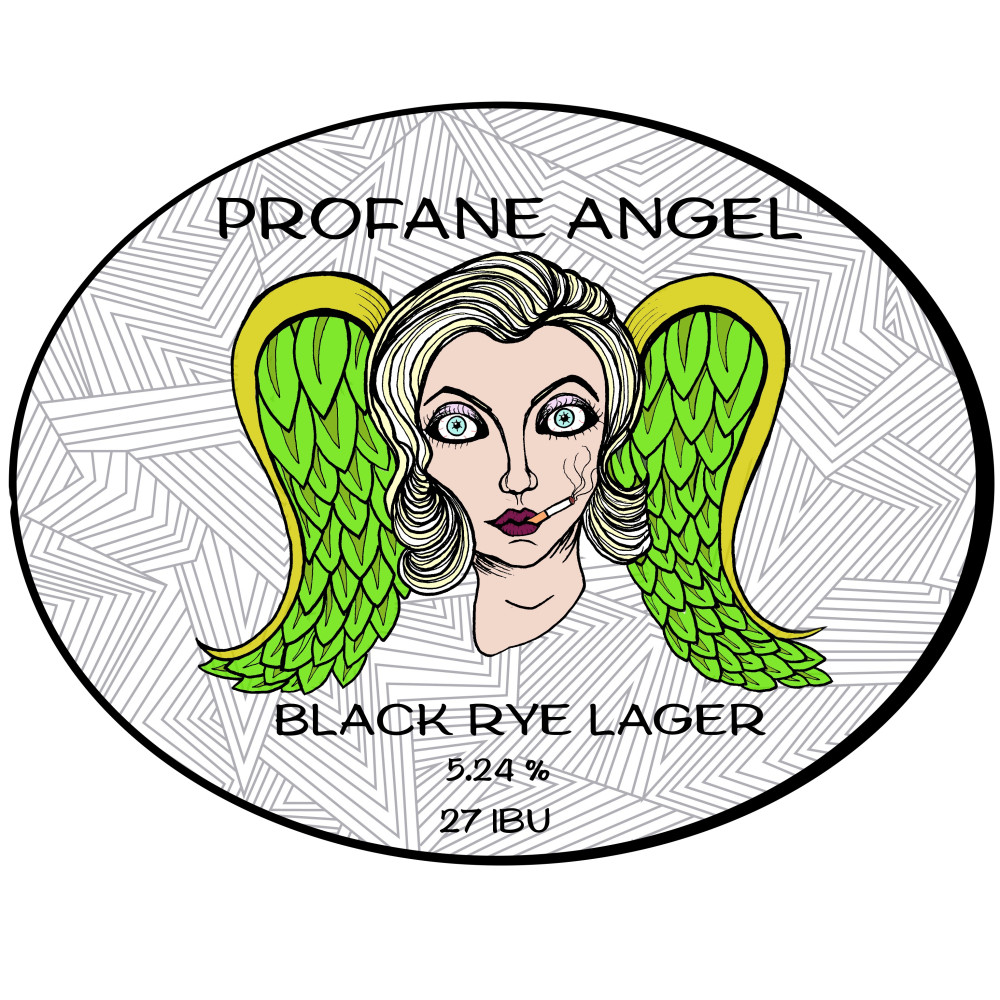 It was created by a local purveyor of craft beers, Trubble Brewing: 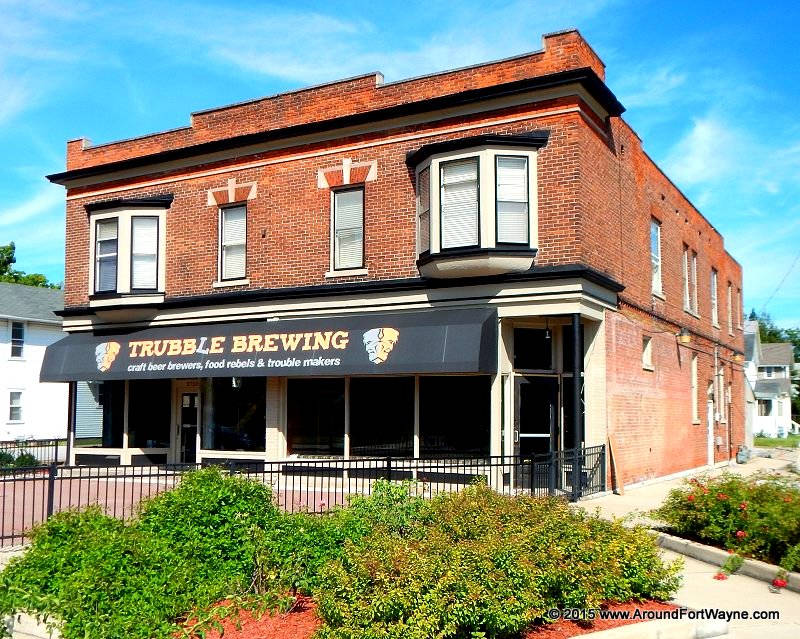 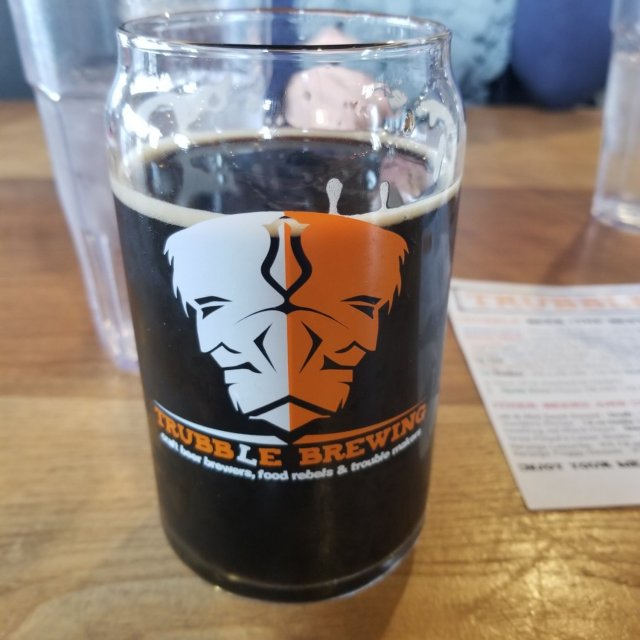 How did this beer come about? Trubble Brewing's owners explain: 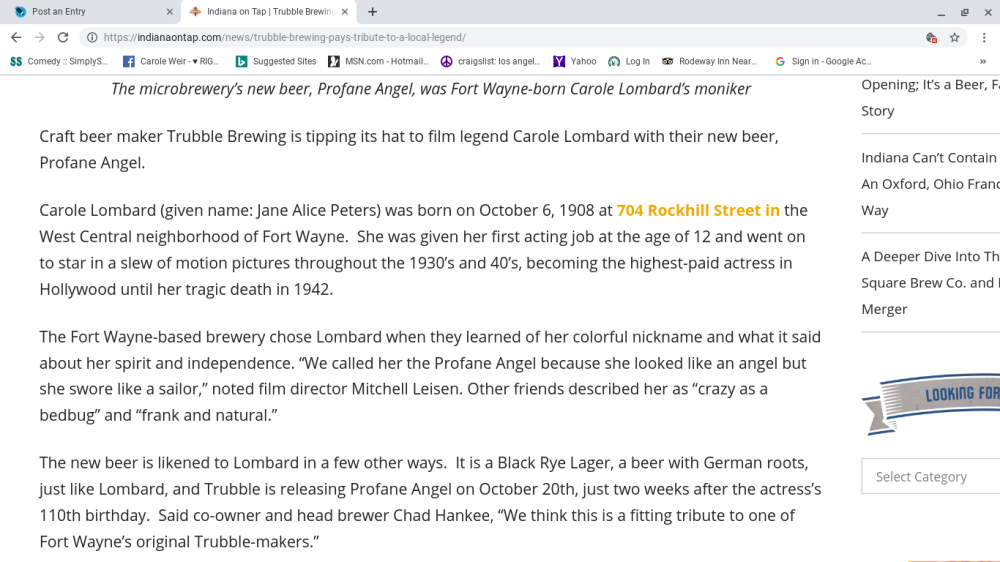 The beer, a dark lager that's apparently lighter than it looks, has received a 3.6 rating (on a five-star scale) by reviewers at https://untappd.com. One called it "Smooth, with hardly any bitterness"; another described it as "Dry, spiced. The spiced notes stay with ya awhile. Bit smoky."

So you want to race to Fort Wayne (the brewery's at 2725 Broadway and its website is https://www.trubblebrewing.com) and try it out? Hold your horses. According to head brewer and owner Chadwick Hankee, "We currently don't have it on tap. We will brew it again in upcoming months. It was received pretty well with our patron beer drinkers."