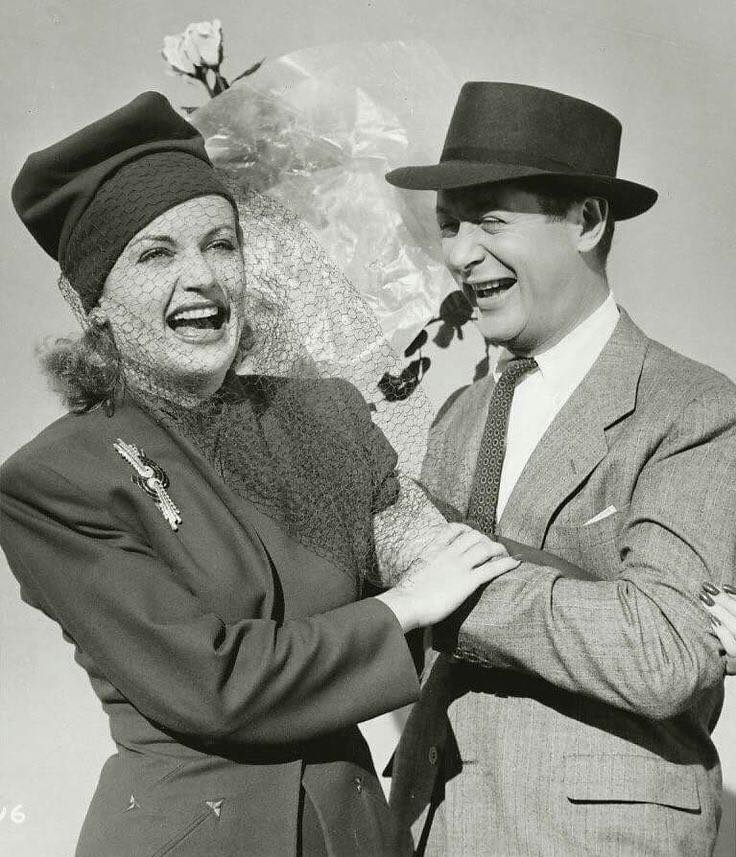 After nearly 2 1/2 years away from movie comedy, Carole Lombard officially returned to the genre on Sept. 5, 1940. We have proof, via a contract she signed with RKO, her home studio since early 1939. 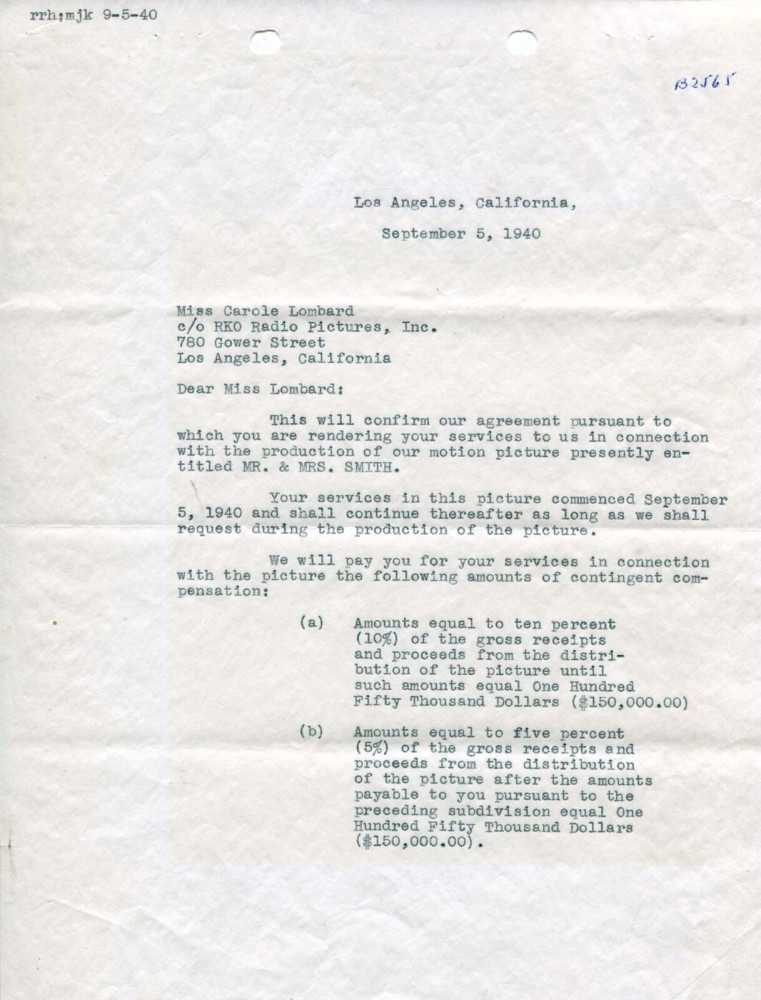 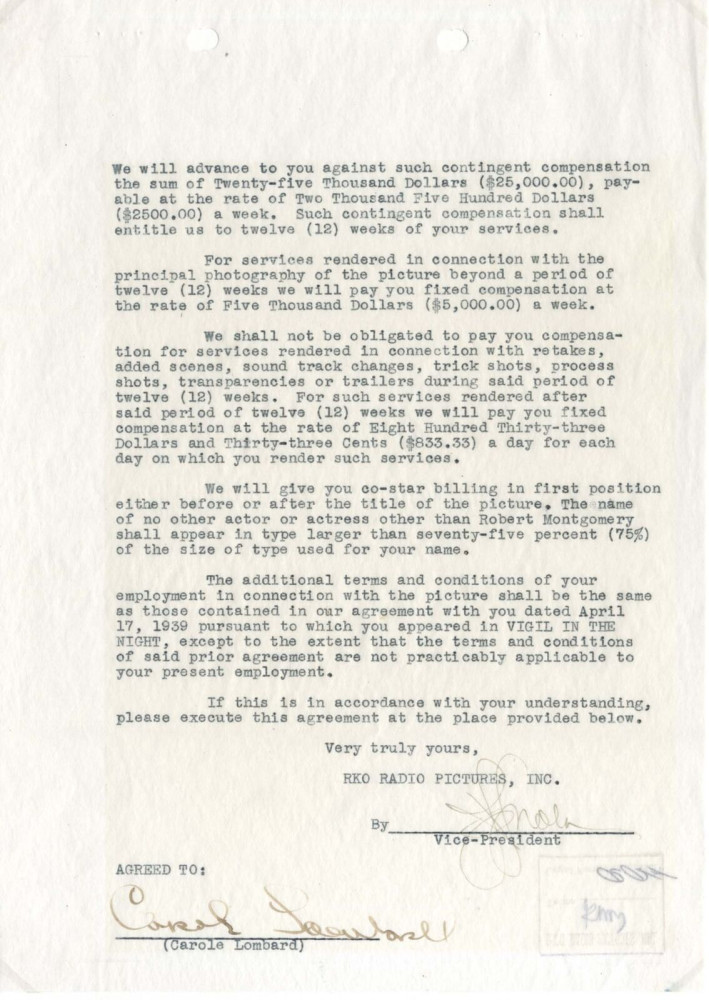 Lombard agreed to 10 percent of the gross receipts up to $150,000 from her upcoming comedy "Mr. & Mrs. Smith," plus 5 percent of the gross above that amount. Carole was among the first Hollywood A-listers to agree to such a contract, which would become common later in the '40s and early '50s. Other parts of the contract concern billing with co-star Robert Montgomery, her length of service (12 weeks) and additional areas.

This artifact from the queen of screwball comedy can be yours, along with a special bonus. 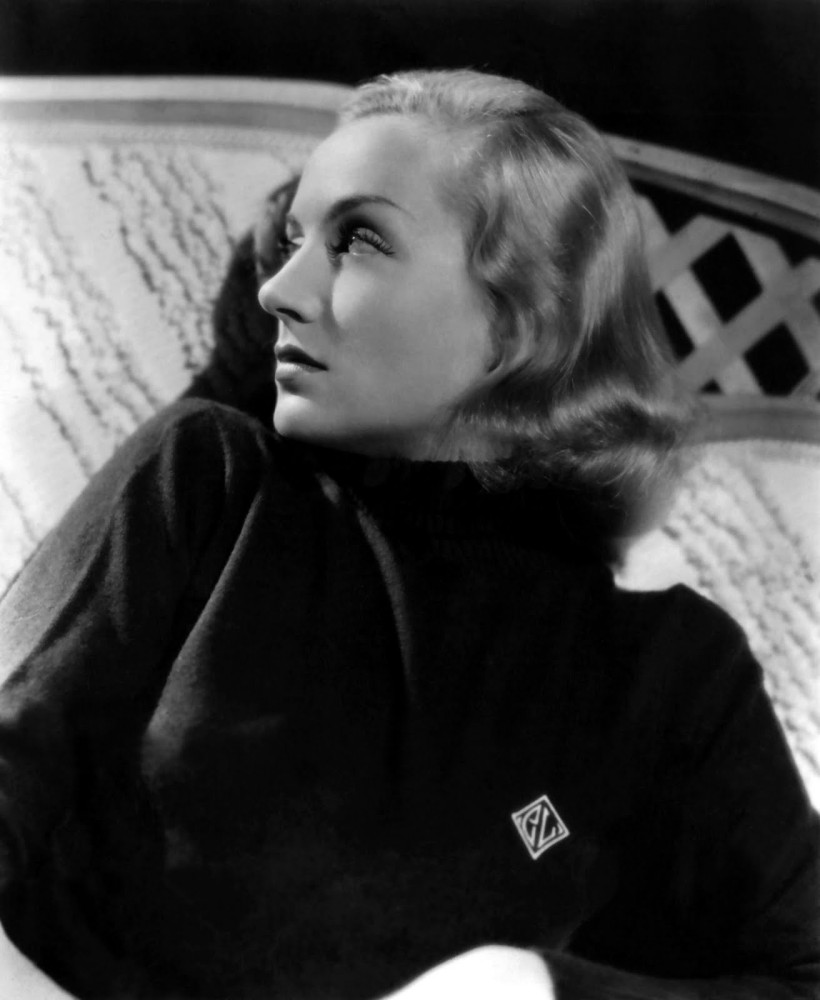 OK, this is actually a portrait from Carole's Paramount period and I don't believe it's vintage, but no matter. Each page of the document is 7.75" x 11".; the pages are in fine to very fine condition. Framed, it might look like this: 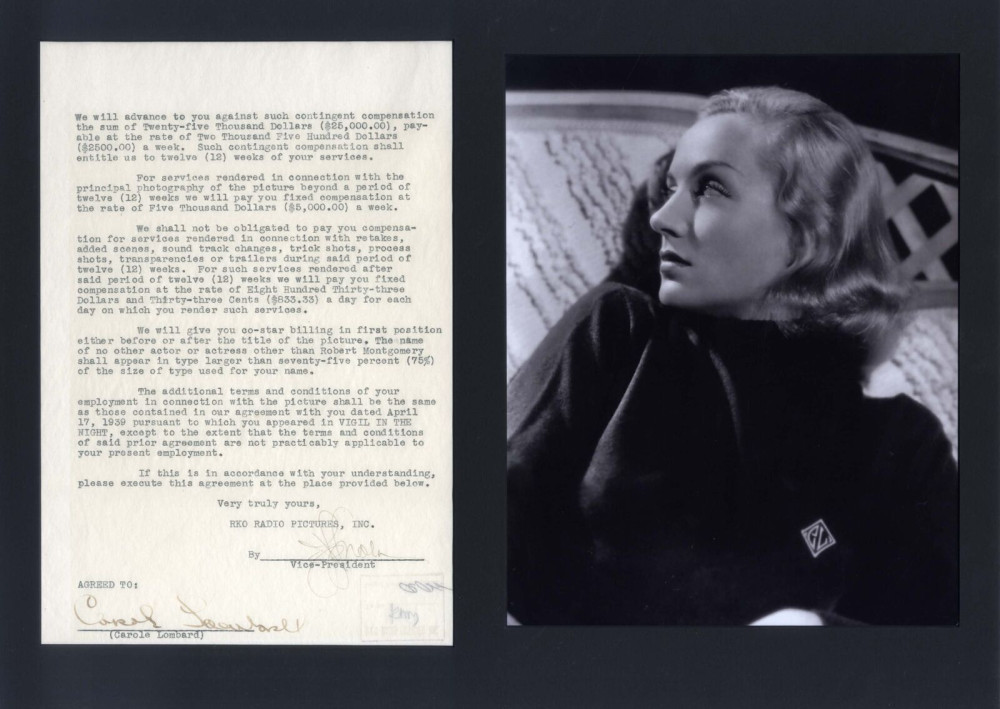