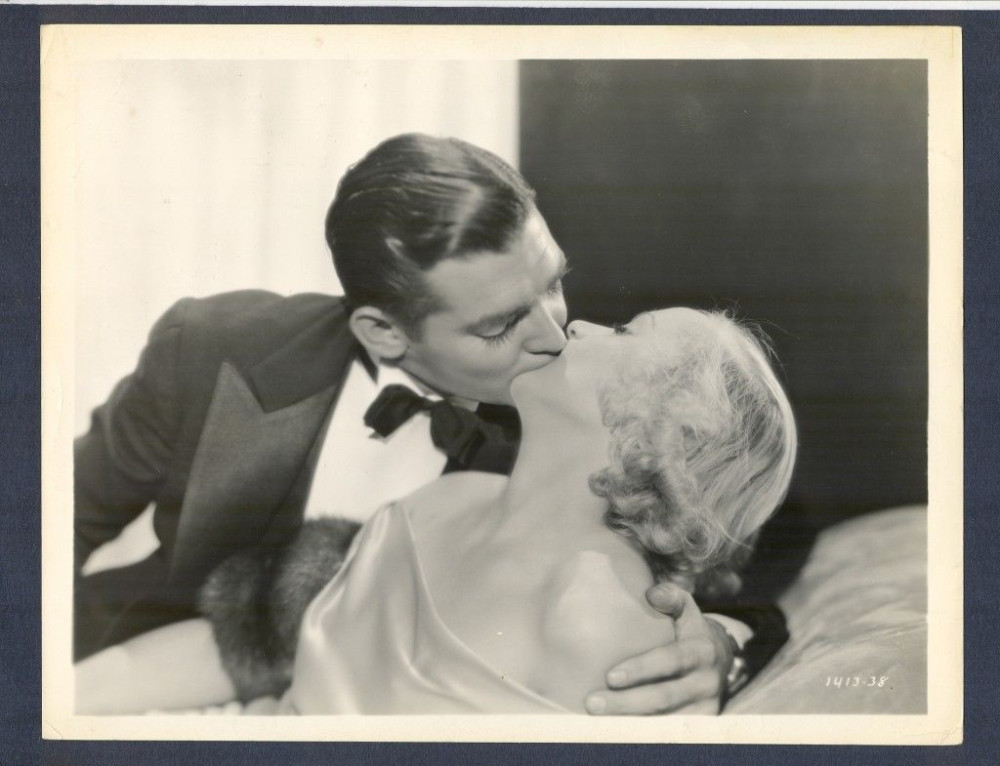 Long before Carole Lombard and Clark Gable became real-life lovers, they played them in Hollywood. That's no secret to anyone who has seen "No Man Of Her Own" or has any knowledge of film history.

The above photo is 8" x 10" and a vintage original, nearly 87 years old; indeed, the seller promotes it as from "before they became a couple." (It's in fair-plus to good-minus condition.) But somewhere along the way, someone who had this wasn't very well versed in Gable and Lombard lore. How do we know? Look at the photo's flip side, the copy of which we enlarged below: 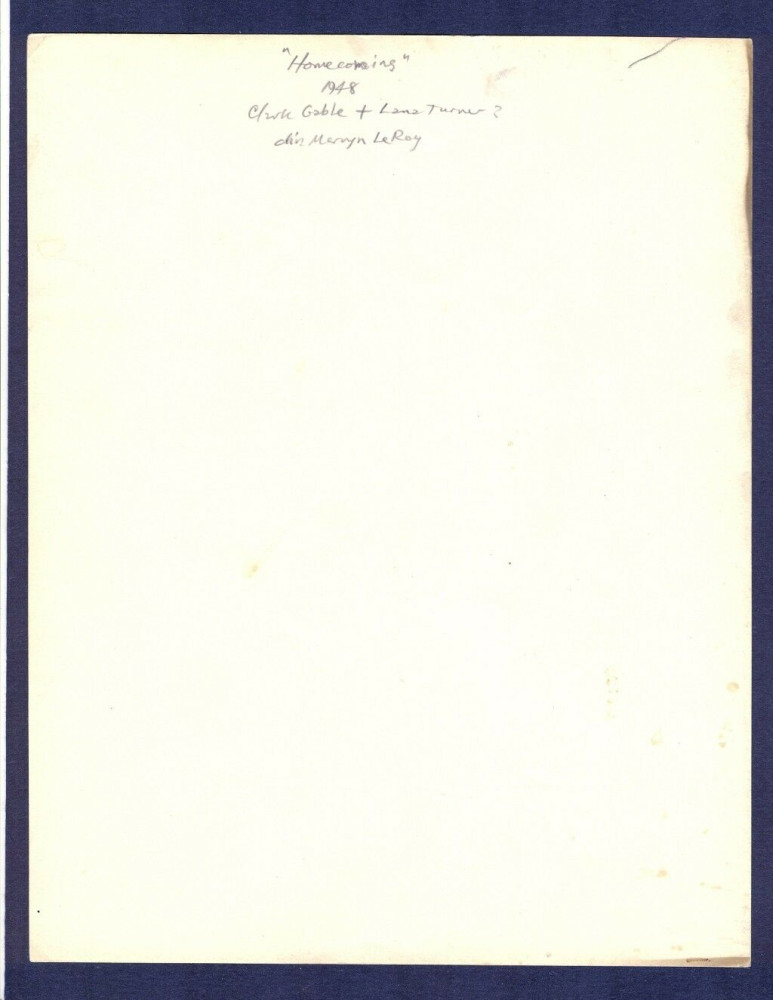 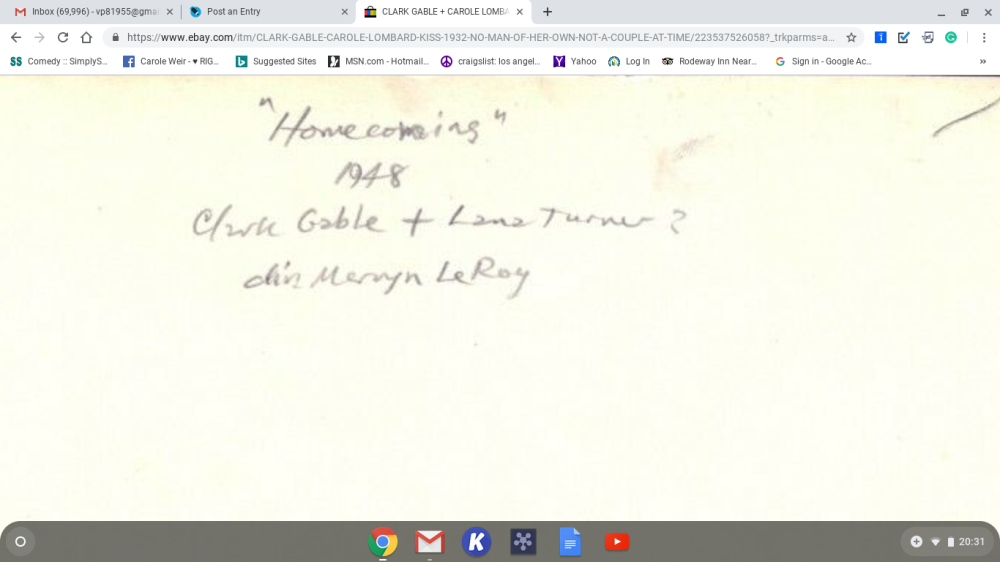 Lana Turner? Lana Turner? We can guess the afterlife Lombard's reaction to that one -- full of her trademark inventive invective. (At least whomever wrote it used a question mark.) But while a few folks might mistake Lana for Carole, does that look like a 1948 Gable? There was no Grecian Formula 16 some seven decades ago.