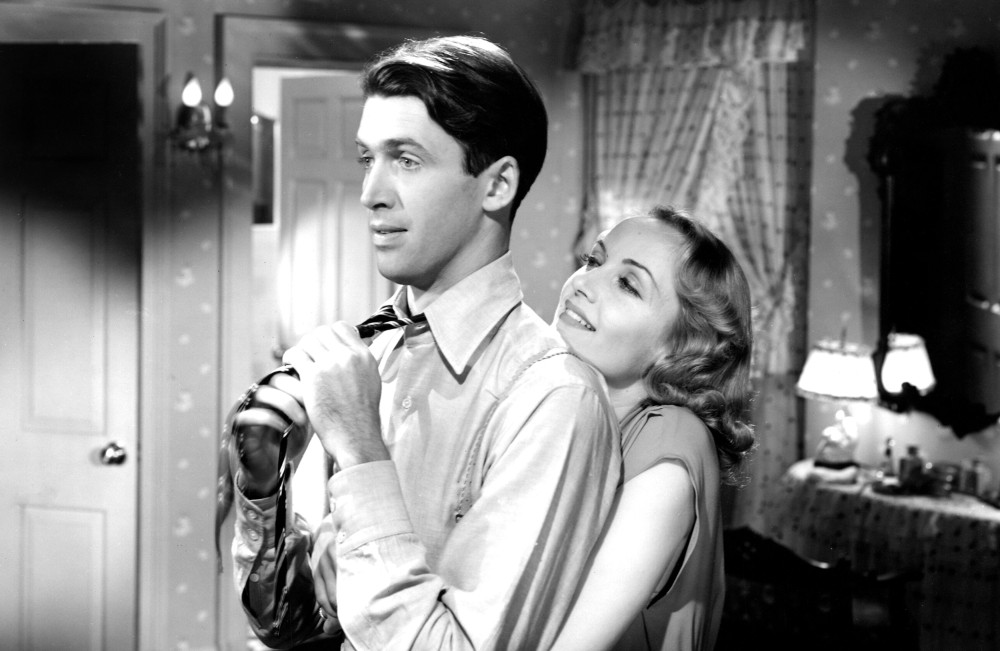 Carole Lombard and James Stewart made but one film together, 1939's "Made For Each Other." (They teamed multiple times on network radio.) So this movie is what Lombard and Stewart were known for -- in places such as Australia, for instance. And here's how it was advertised: 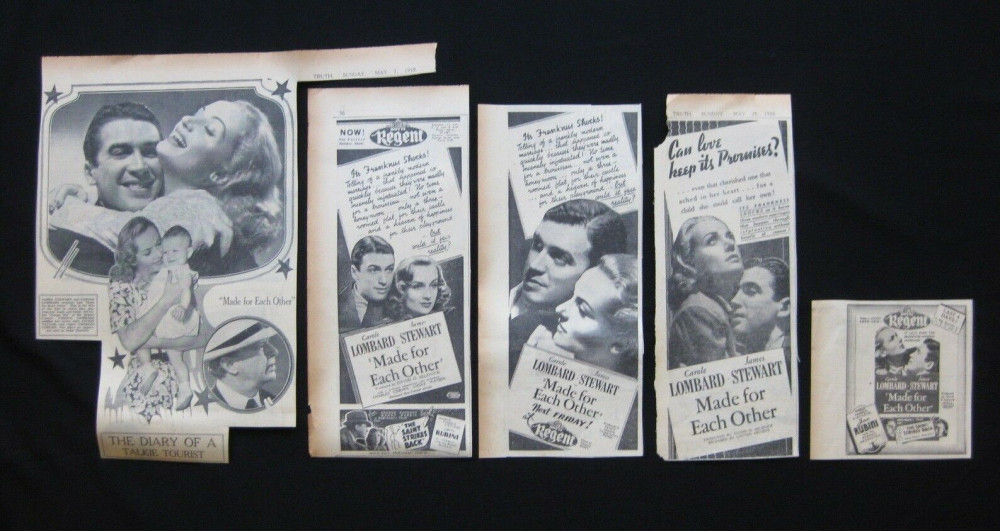 I don't have an Australian release date from the Internet Movie Database, but since Carole is top-billed, this probably is from 1939. (A year later, James had ascended to worldwide stardom, and by the time of Lombard's death in 1942, he would have been billed first.)

The themes don't appear very different than those on the other side of the Pacific -- "Can love keep its Promises?" They ran in the Sydney-based newspaper Truth. And they can be yours.