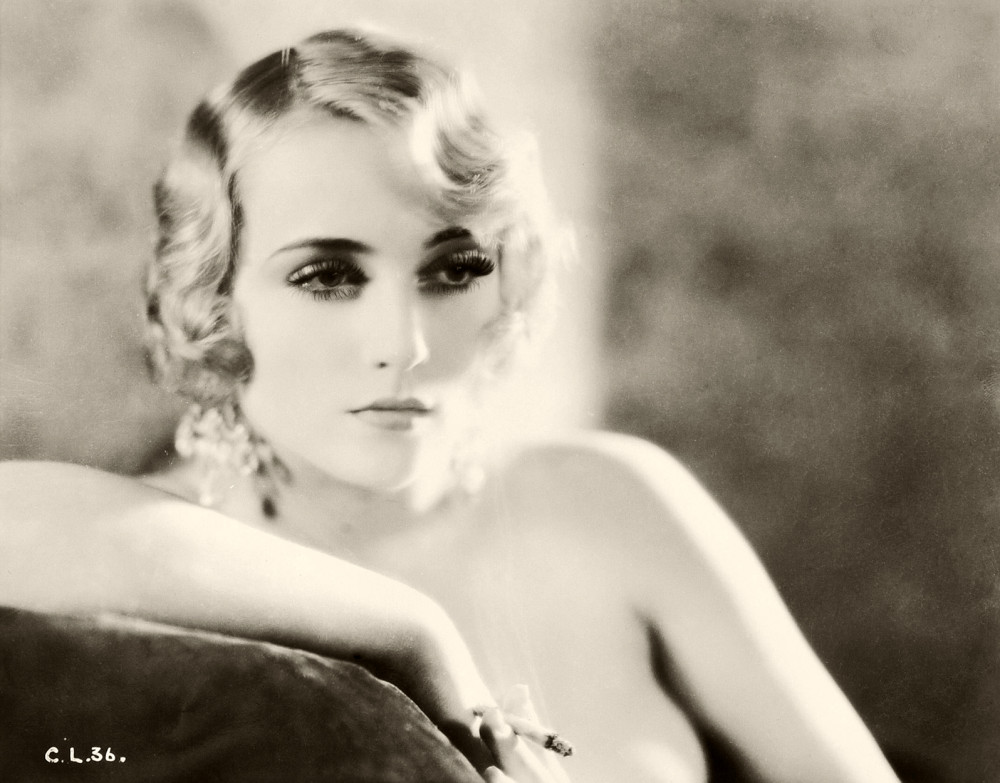 Nearly a year ago -- June 1, 2018 to be exact -- I discovered a site called "Bizarre LA" (https://bizarrela.com/) dedicated to "photography and forgotten history" of Los Angeles. One entry, dated May 10, 2016, featured "photos and quotes" from Carole Lombard. (It's part of a series saluting notables with ties to the city; recent subjects include Dudley Moore, William Shatner and Sean Penn.) That June 1, I wrote a reply thanking it and promoting this site.

For some unknown reason, I didn't write an entry using some of the quotes, though several were new to me. (The photo at top is from that entry.) I'm rectifying that today. Here are some thoughts from the ever-active mind of Lombard:

“Actually, it’s pitiful that people take so little advantage of their chance for making themselves whatever they wish to be. There isn’t a man, woman or child who hasn’t the ability for being something really important, in one way or another. But being important doesn’t call for ice water running through your veins or for synthetic emotions, all neatly tabulated.” (Source: Helen Harrison, 1935) 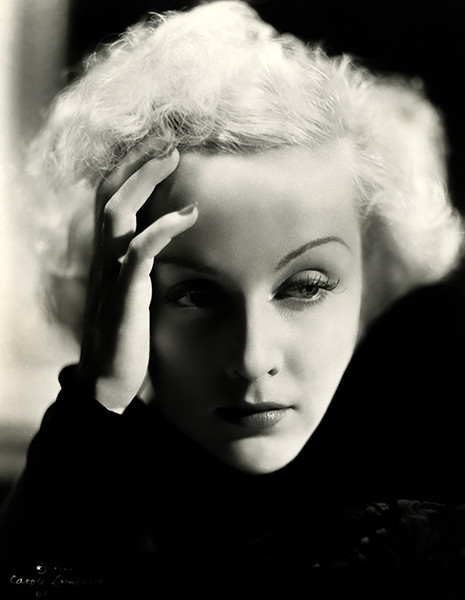 “On the Sennett lot, the ‘gag’ is what diamonds are at Kimberley. For a week we all carried water pistols and sprayed each other on sight. One day I opened a door and was drenched with a bucket of whitewash. At another time, I sat down regally on an expensive chair and learned I also had sat regally on a couple of thumbtacks. Life was real on the Sennett campus.” 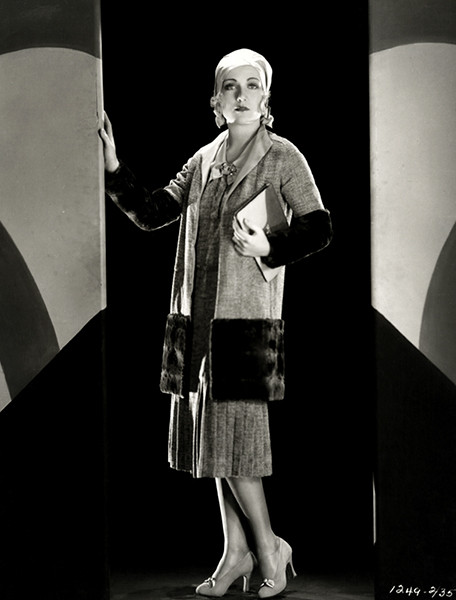 “Anything that you represent on the screen is something that is a part of the motion picture. It doesn’t pay to take it to yourself. I’ve often said to young actresses whom I noticed were affected by the adulation – ‘Don’t let these people impress you; you know it doesn’t mean a thing when they make a fuss over you. They’ll forget you tomorrow.’” 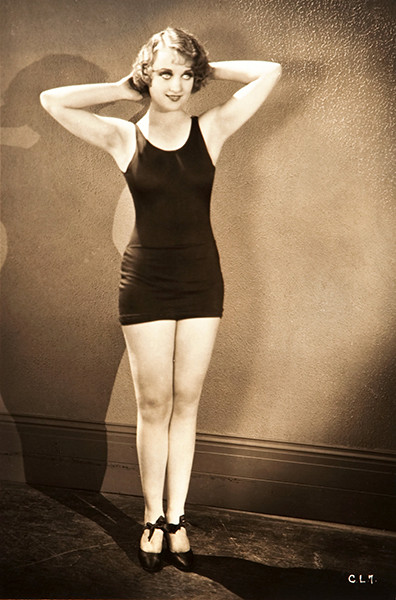 “The only reason I can give for my success, if I am successful, is that I have studied like the devil for the last three years. If I had studied half as hard when I was in school, I would have been an honor student. In my opinion, there is always something more that we can learn about in this business, not matter how long we have been in it. And whenever an actor gets to the point where he thinks he doesn’t have to study any longer, he’s sunk right there.” (Source: Dan Thomas, 1930) 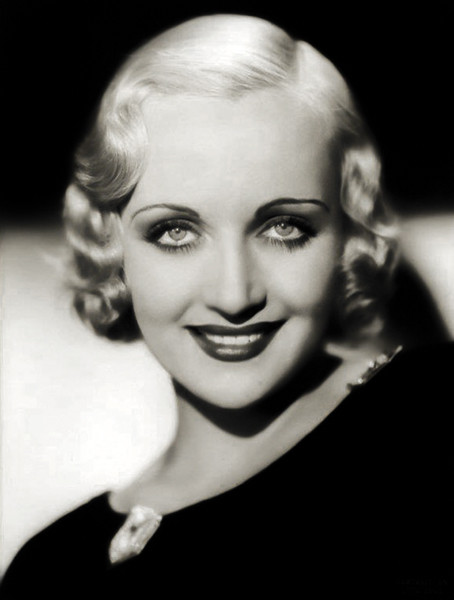 “We dumb artists don’t know what will register on the microphone. But we’re in good company. None of those experts in there does, either.” (Source: Louise Williams, 1929) 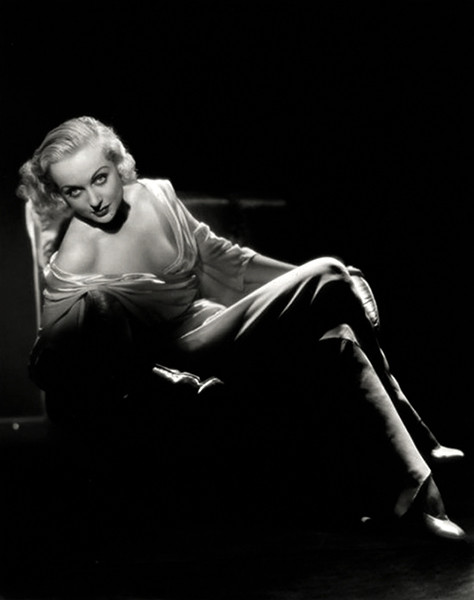 “There are two kinds of charm. One is that attribute which causes people to like you in private life, and the other is the attractiveness that makes you a distinctive personality on the stage and screen. The one which endears you to your friends is based on genuine compassion and an instinctive desire to please, for no one can be consistently ingratiating without sincerity. The screen variety of charm, however, is principally a matter of acting and can be simulated by theatrical technique.” (Source: Reine Davies, 1935) 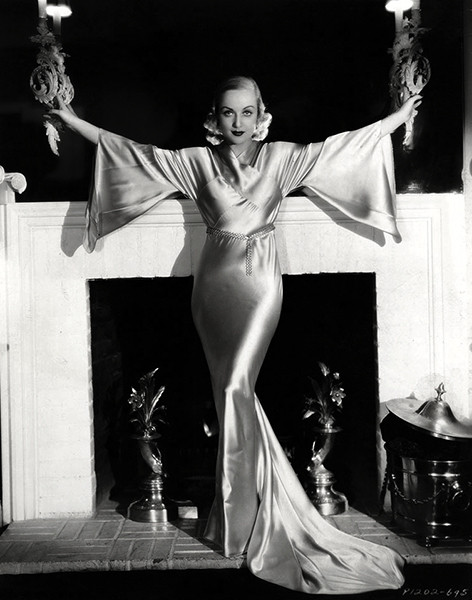 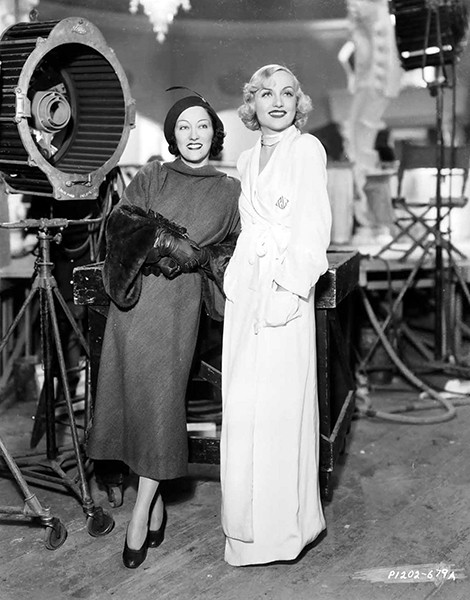 “Gloria Swanson was my ideal when I was a girl. I so much admired her turned-up nose that I spent hours pushing my own inconsequential nose up, trying to make it look cute like Gloria‘s. I thought her smile was so charming that I made myself look like a gargoyle going around showing my teeth as Gloria does. Then I found out that instead of making myself look like Gloria, I was completely spoiling what little beauty I did possess. I began to think of Carole Lombard instead of Gloria Swanson.” (Source: J. Eugene Chrisman, 1934) 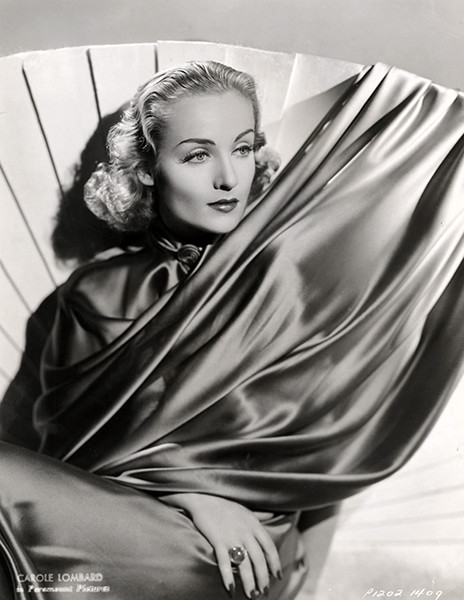 “There are a few people here in Hollywood who will never be happy because being a star has become an obsession with them. Something in their emotional make-up demands adulation, the attention and the rah-rah that goes with being a star. I like it, but I know that I can be happy without it.” (Source: Jeanette Meehan, 1937) 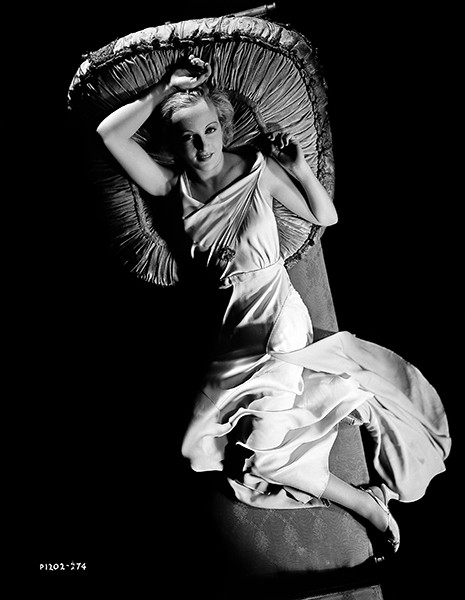 “I hear ‘stars’ talking about ‘their pictures,’ ‘their publics,’ ‘their this’ and ‘their that.’ Okay – but it’s fatal to forget that the author, the dialogue-writer, the director and the cutter are just as important to the finished picture as the star. Whenever a star forgets that and begins to believe his own fan mail, he’s on his way out! Why anyone goes ‘high-hat’ in this business is and always has been a mystery to me.”

This entry (https://bizarrela.com/2016/05/carole-lombard-1935/) closed with Carole's recipe for cherry tarts (over the years, her recipes ranged from spinach soup to spareribs). Enjoy her dessert!

Line medium pie plate with pastry; brush bottom with melted butter, then sprinkle it
with bread crumbs. Put in cherries; sprinkle them with cinnamon and half of the
sugar. Mix remaining sugar with cornstarch and salt. Add lightly beaten egg and
hot milk. Mix well. Pour over cherries and bake in hot oven (450 degrees) until
edges begin to brown, then reduce to moderate heat (350 degrees). Bake about 30
minutes or until custard is firm.