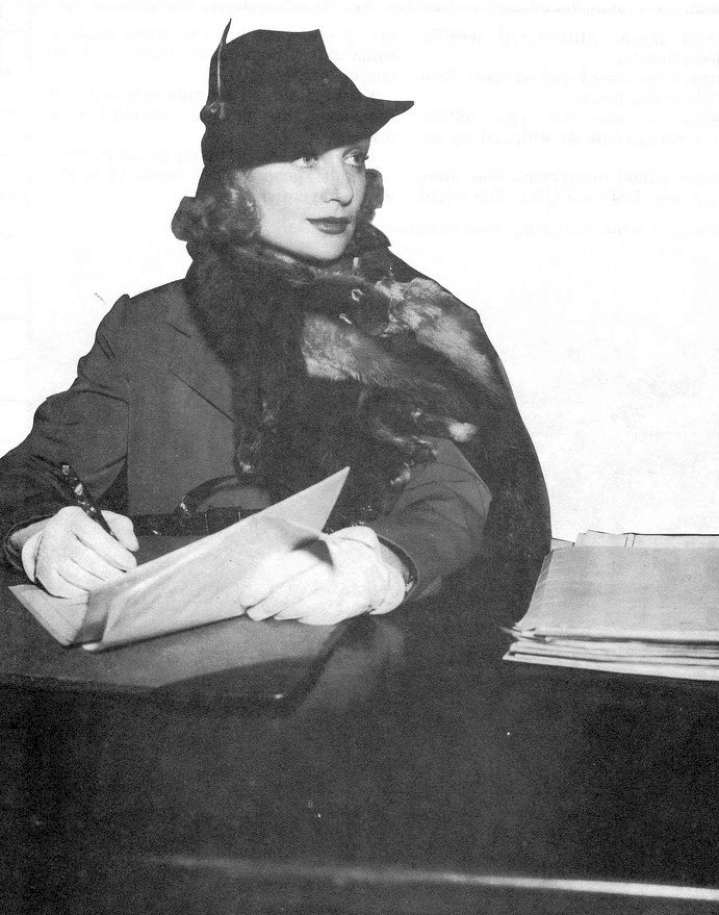 This is Carole Lombard in late 1936, signing documents in Los Angeles officially adopting that name from her birth moniker of Jane Alice Peters. Little more than a year and a half later, she'd sign another document...one that would come into play much sooner than she may have thought. 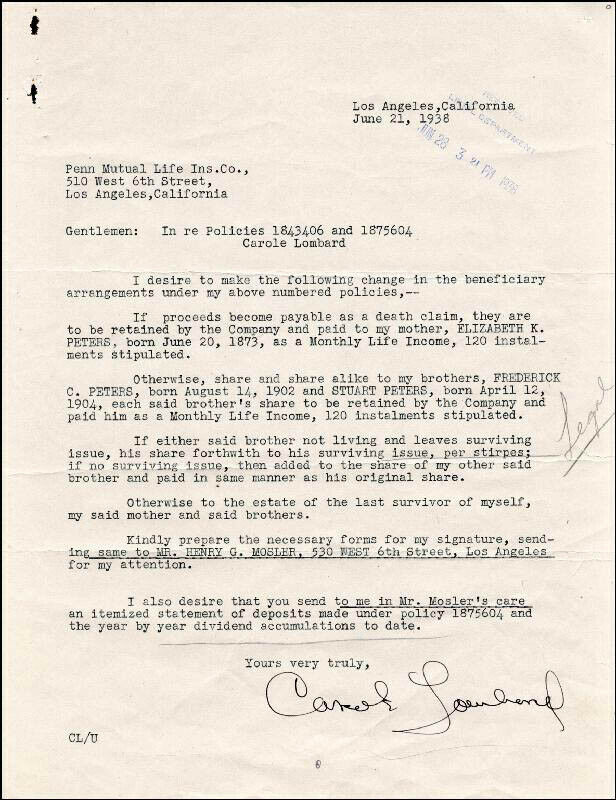 It's information on two life insurance policies, which she signed on June 21, 1938 with the Penn Mutual Life Insurance Co. of downtown Los Angeles. This version changes her beneficiaries: 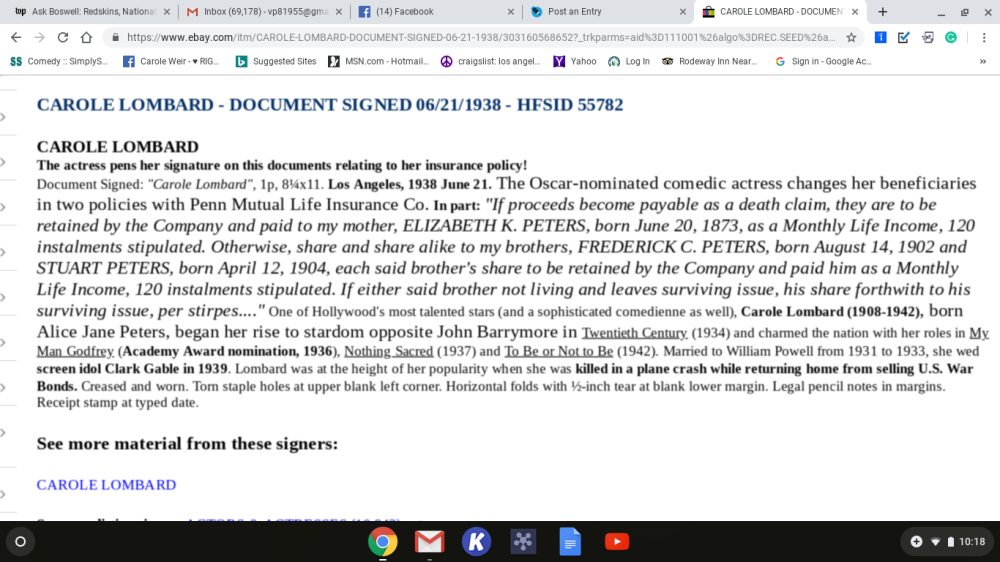 We've often read that Lombard said she never expected to grow old, but whether that's fact or mere conjecture and second-guessing is beyond something any of us can claim to know. Nevertheless, her two older brothers became beneficiaries following the January 1942 airplane accident that killed both Carole and her mother, Elizabeth Peters. 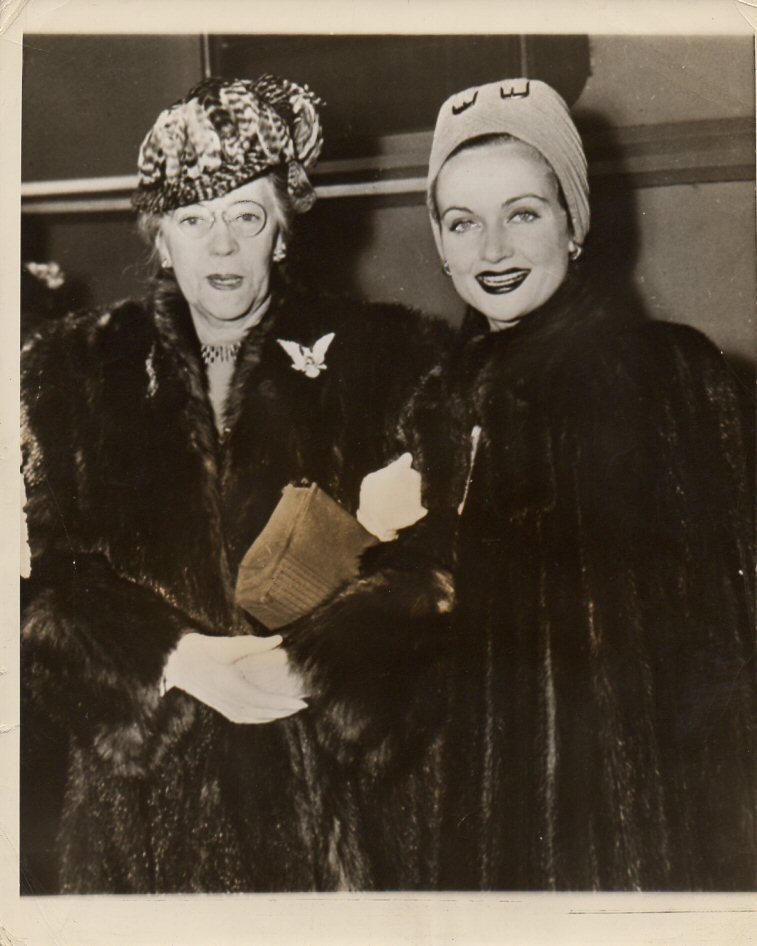 This document emanates a certain air of unease considering Lombard's ultimate fate, similar to when we see Carole near an airplane in 1935, when she briefly dabbled with flying lessons. 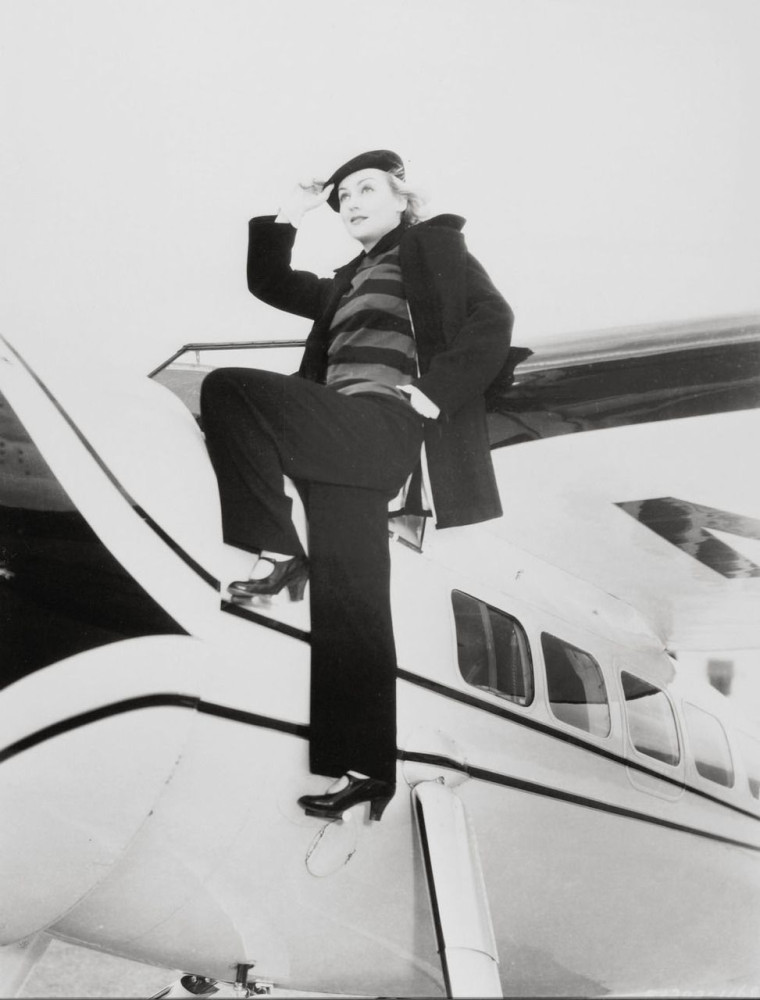