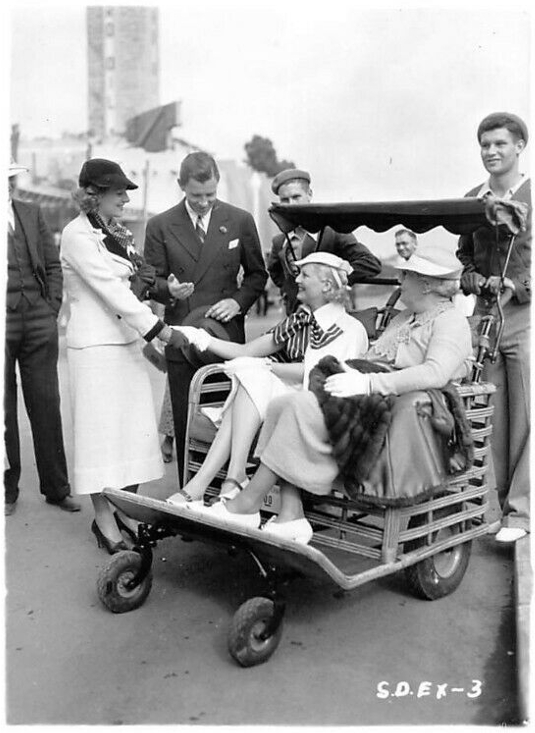 This isn't the first time we've run this rare photo of ill-fated comedic legends Carole Lombard and Thelma Todd, but now we have some new information about it.

First, the description: Lombard, standing, and dancer-actor-future U.S. senator George Murphy greet Todd and her mother who are in a sedan chair. The eBay seller initially believed this picture was shot in Santa Monica, where vehicles of this type were then not uncommon, but it's since been learned it was taken down the coast at Balboa Park in San Diego in 1935 for the California Pacific International Exhibition. (Thelma was on its planning committee.) Now about the exhibition, shown on a commemorative map above: It was a semi-revival of a successful 1915-16 event held at Balboa Park, using many of its buildings that were still standing in addition to an array of new ones. Like the rest of the U.S., San Diego was working its way out of the Depression, and it was believed this quasi-world's fair (21 nations participated) would boost the city, just as the Century of Progress exhibition did for Chicago in 1933-1934. (Many Chicago exhibitors headed west for the event.)

Here's an aerial view of Balboa Park during the exhibition; in the foreground is the Ford Building, now home to the San Diego Air & Space Museum: 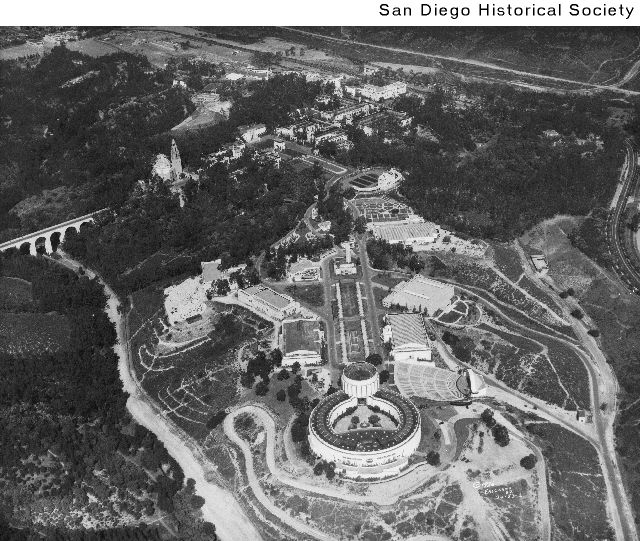 We've written about the exhibition before, as Lombard (in puppet form!) was part of a Hollywood-themed display (https://carole-and-co.livejournal.com/684009.html). But the pic is the first indication her flesh-and-blood self attended the event -- not really a surprise, as Carole had regularly crossed the border into Mexico while married to William Powell.

The exhibition opened May 29 and closed Nov. 11, and was a rousing success, so much so that it was held over (with some changes in exhibits) for 1936. By then, Todd was gone, victim of a mysterious death in December 1935. 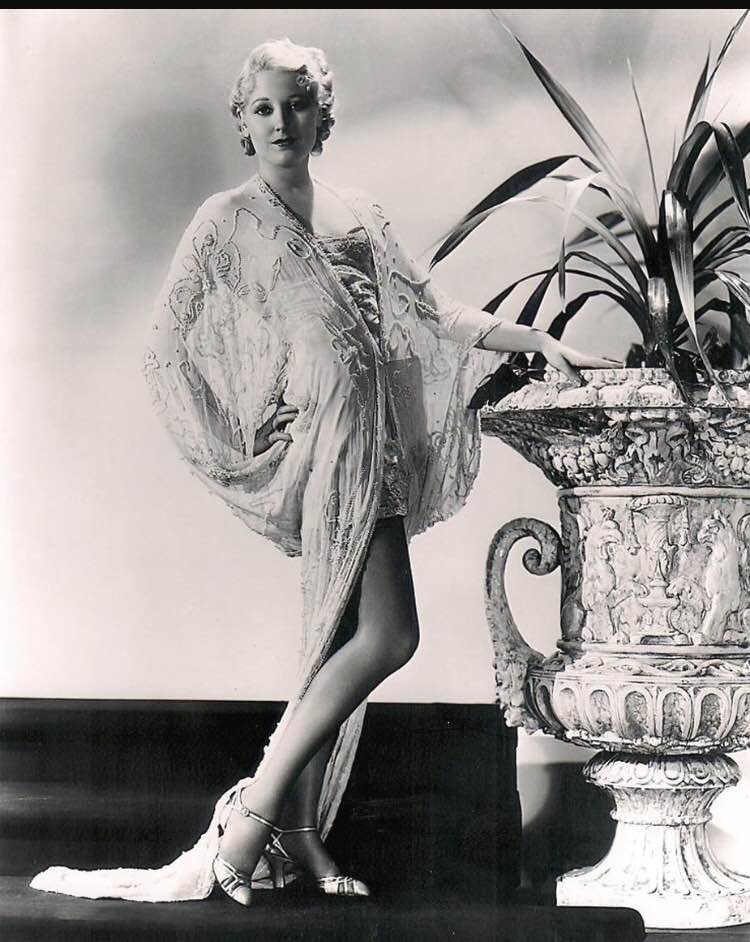 More than 80 photos of the event are at https://www.sandiego.gov/digitalarchives/historical-photos/1935-expo.

To close, four minutes of promotional footage from Ford Motor Company about the exhibition, a snapshot of San Diego past: