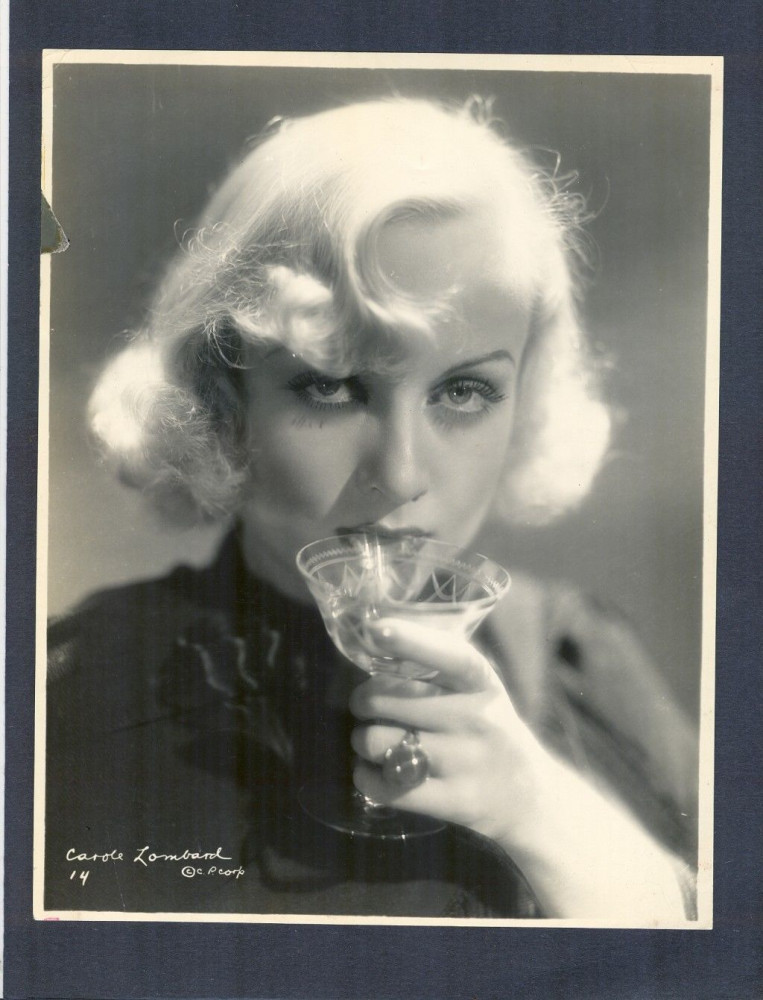 I've watched "Virtue" several times, but I don't recall seeing Carole Lombard's reformed streetwalker character Mae imbibing, as she does here. However, we know the photo is associated with that film, probably for promotional purposes, for several reasons:
* There's a Columbia ID in the lower left corner.
* Lombard's at her blondest, tagging this pic from 1932 when "Virtue" -- her first for Harry Cohn's studio -- was made.
* She's wearing the celebrated star sapphire ring given her by then-husband William Powell.
* It's listed on the back, albeit in handwriting. 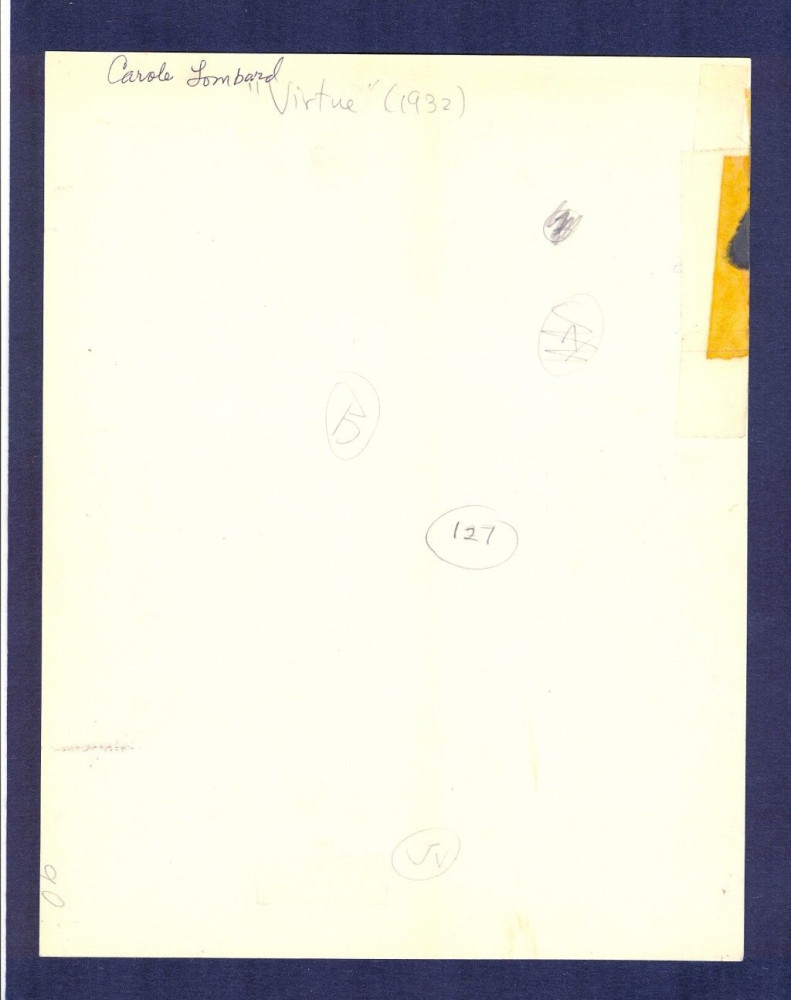 A wonderfully seductive image, isn't it?

The photo is 8" x 10" with borders trimmed, listed in good+ condition (used, considerable wear, several flaws -- something to be expected from an original pic some 87 years old).

If that's out of your league, but you'd still love to possess a vintage shot from Carole's Columbia tenure, the same seller invites you to investigate this, from her 1933 film "Brief Moment": 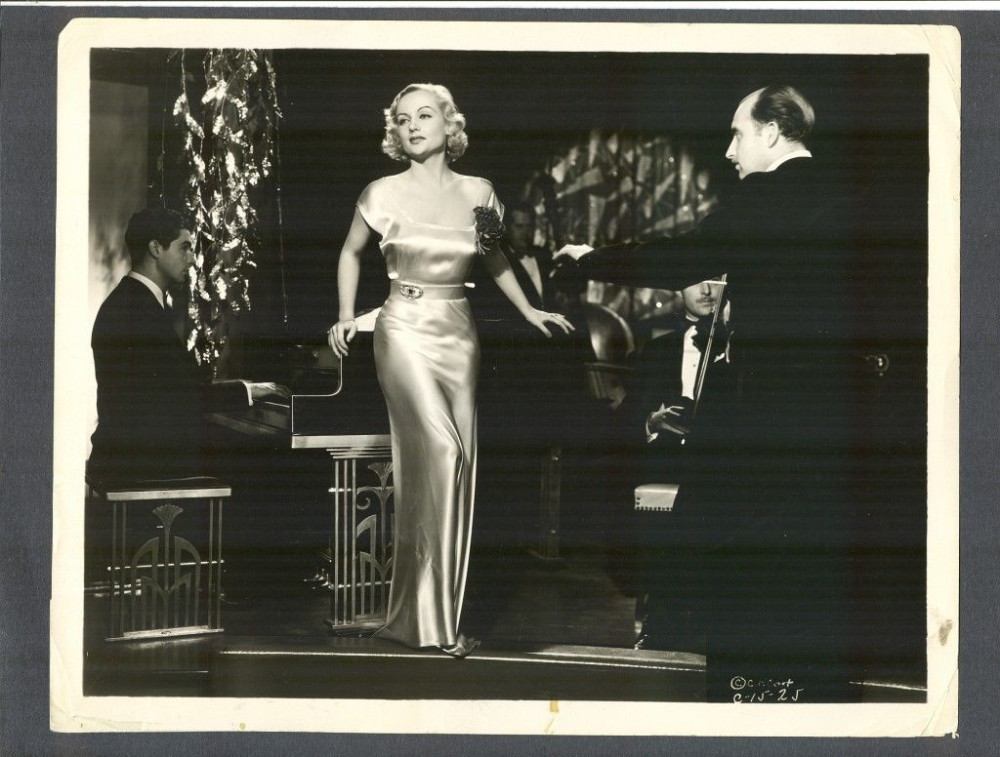 Here Lombard portrays a nightclub singer (her vocalizing is dubbed, as it would be on film until 1937's "Swing High, Swing Low"). This image at one time was the property of Culver Pictures: 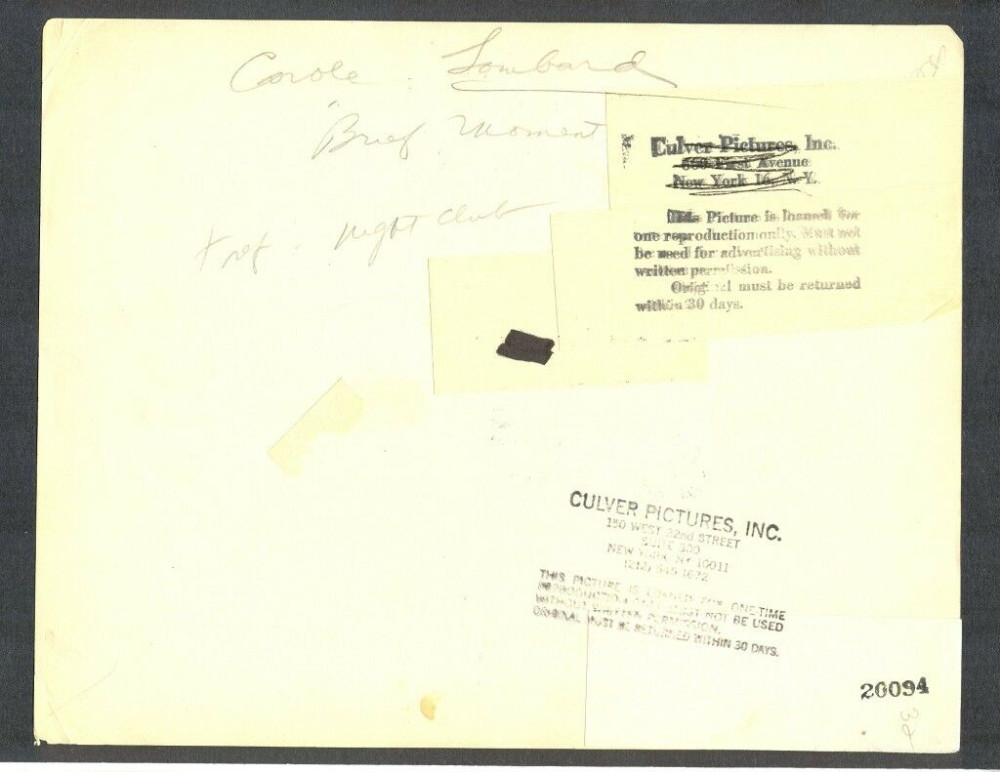