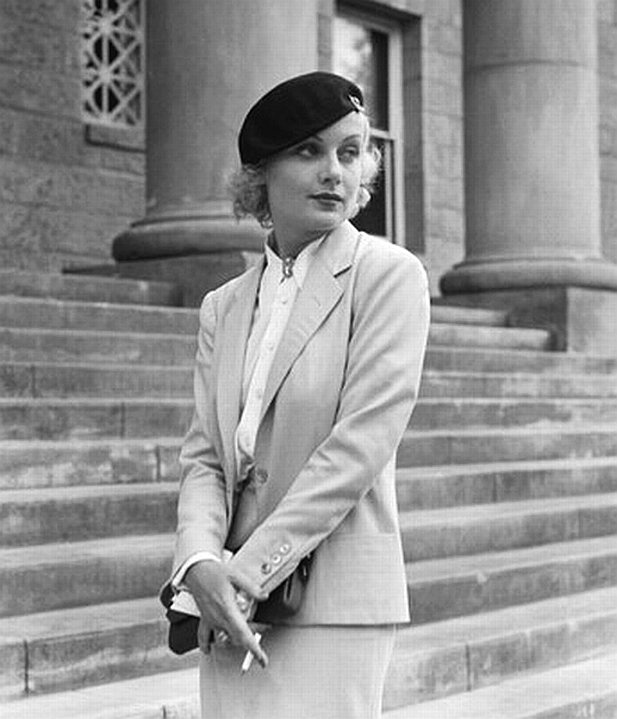 When this photo of Carole Lombard was taken on the steps of the Carson City (Nev.) courthouse on the morning of Aug. 18, 1933, she was technically married to fellow actor William Powell. That would change come afternoon when she was granted a divorce after two-plus years of marriage.

Having established 60 days' Nevada residency in order to secure a divorce, Lombard immediately left the Silver State to return to Los Angeles and life as a film star. Awaiting the new divorcee was her mother, Elizabeth Peters.

A photo of Carole's "homecoming," with him in the same outfit she wore in Carson City, now is available at eBay. 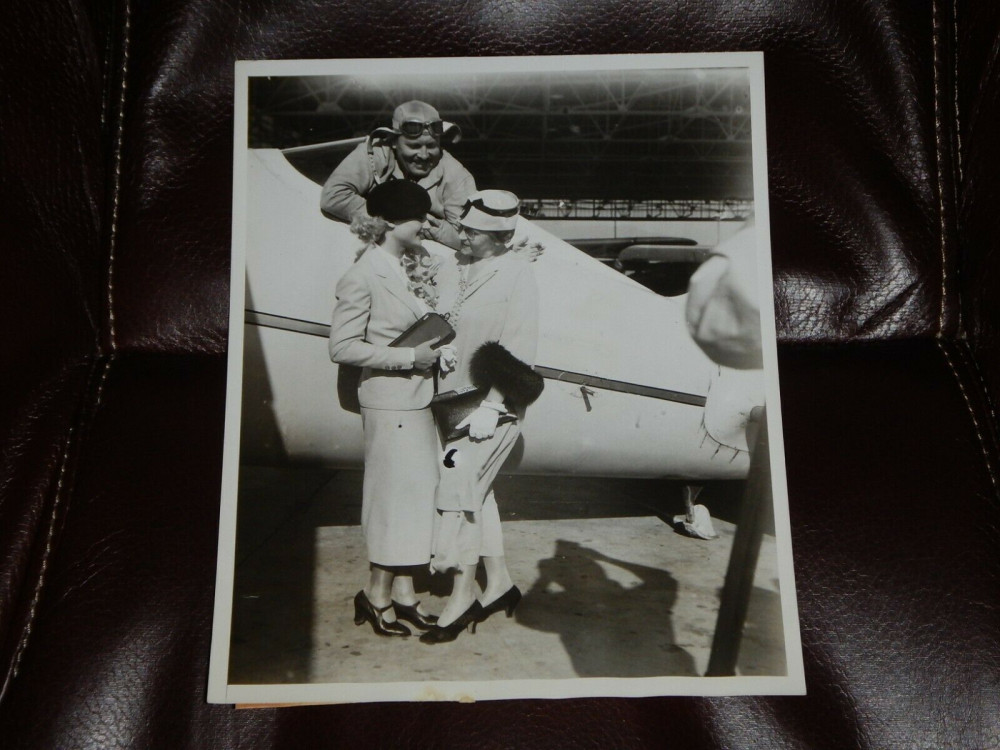 The pilot who brought Lombard back is noted aviator Roscoe Turner. A close-up of the trio: 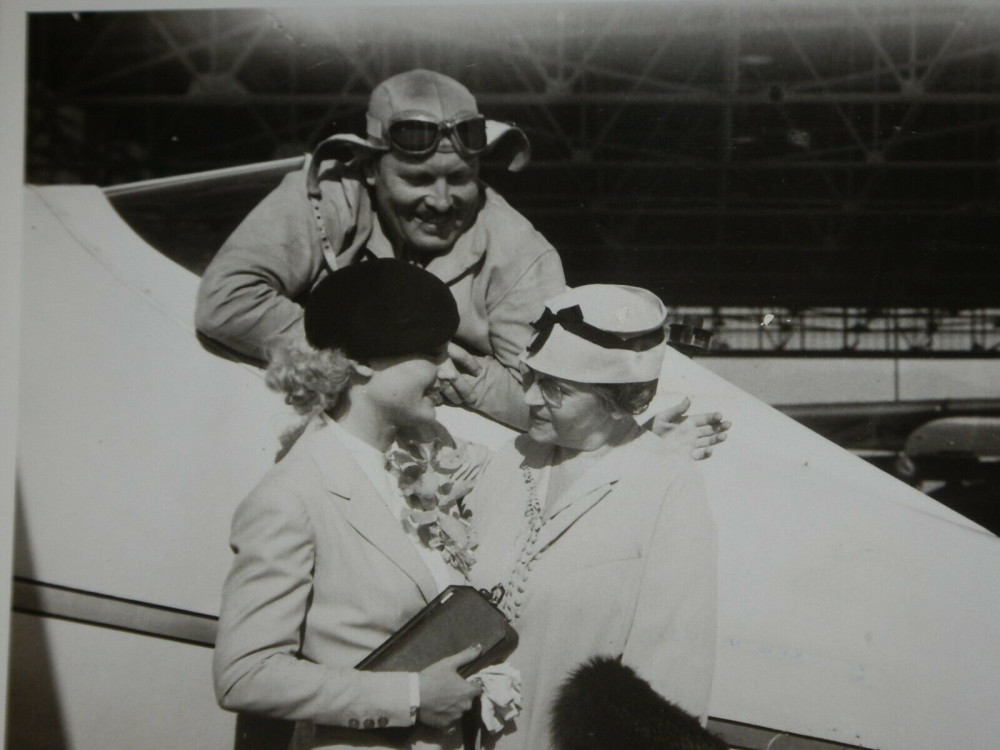 More information is on the back. Here it is in full, and in two close-ups: 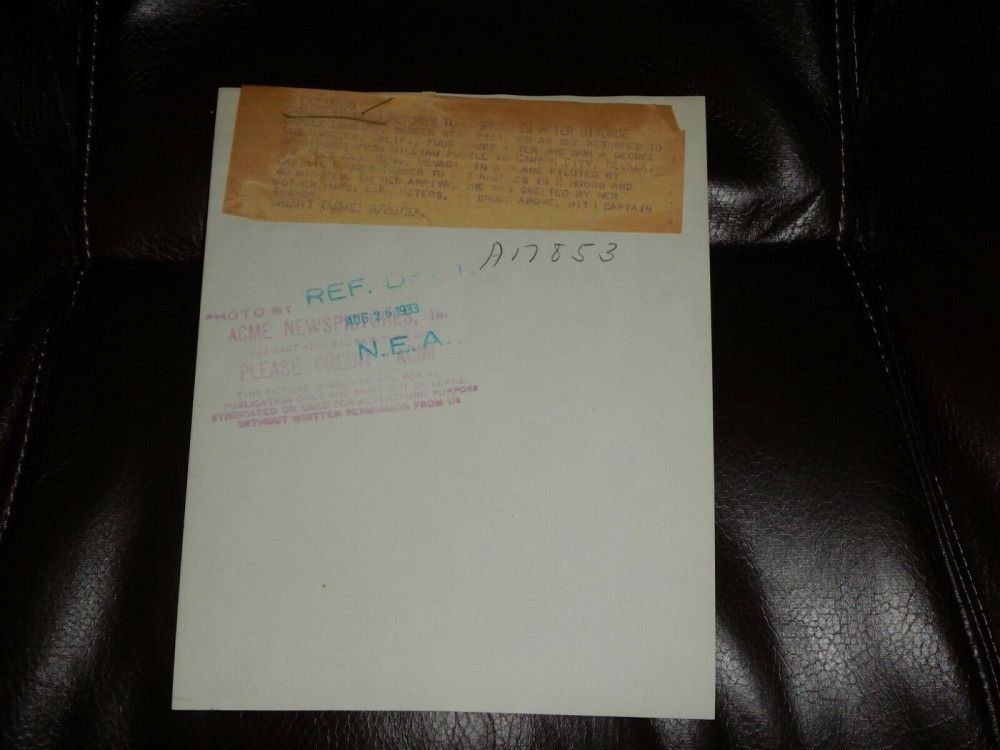 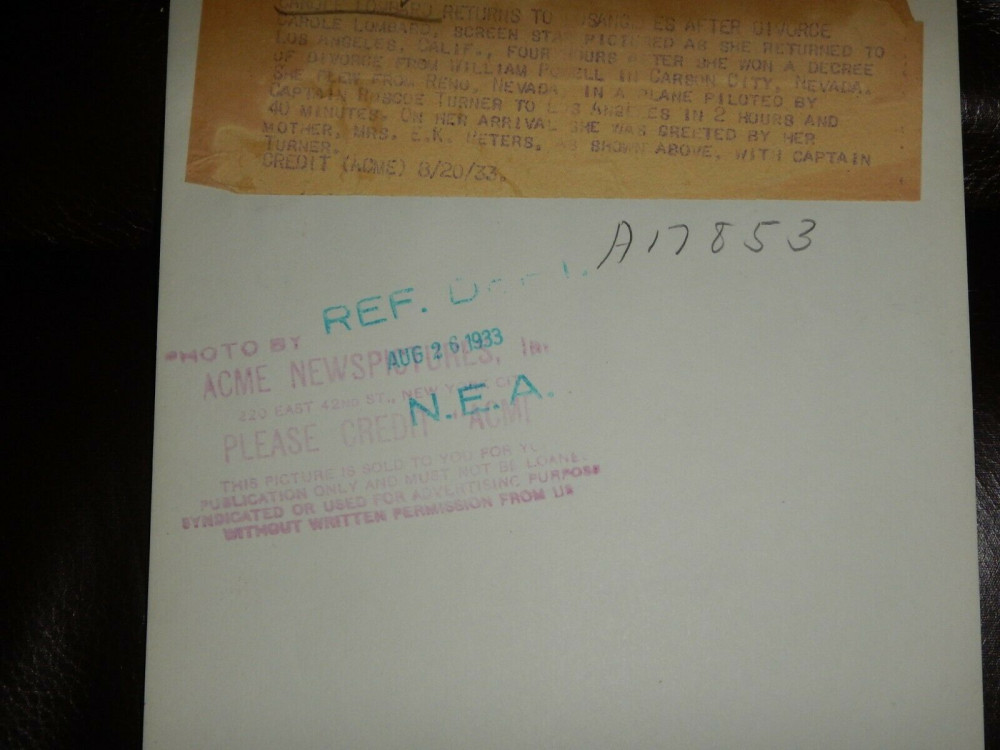 The photo is 7" x 9" and in very good condition, apparently previously owned by a collector who stored his photos in safe places.