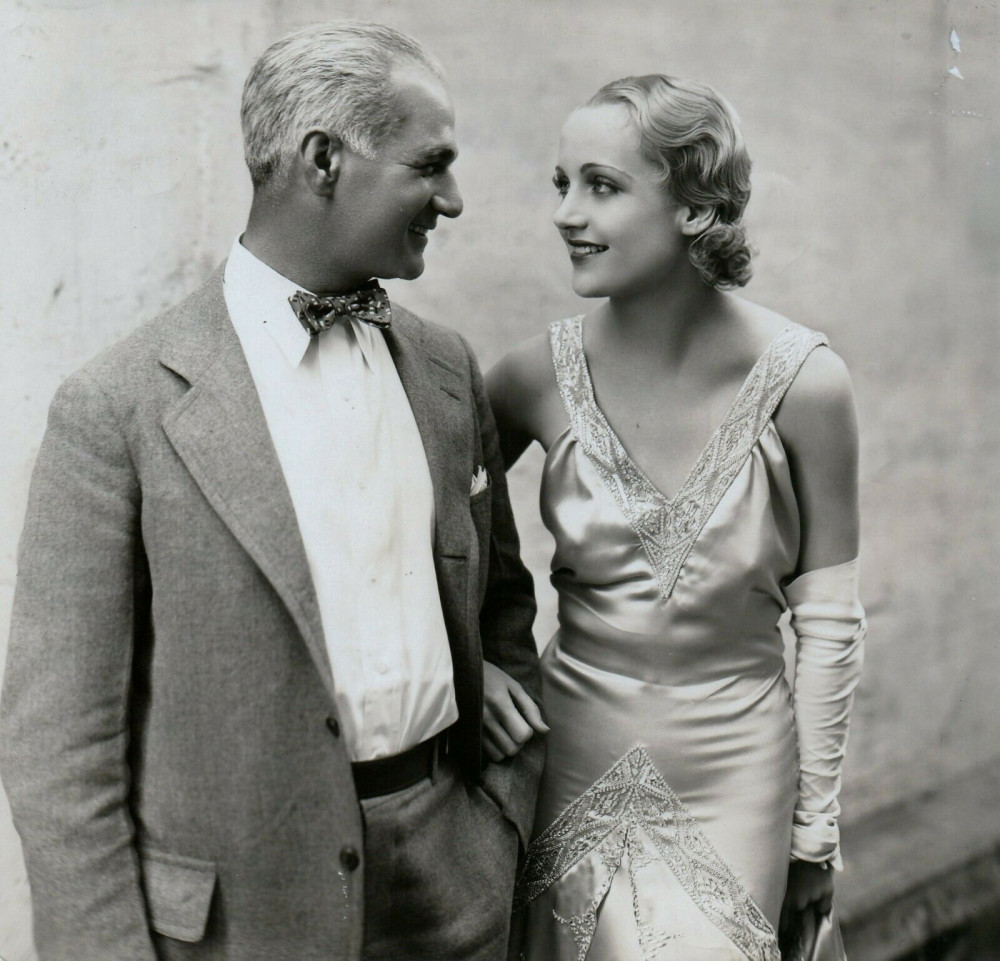 Carole Lombard, we'd recognize anywhere, even with that marcelled hairstyle tying the photo to the early 1930s. But who's the man she's with? Fortunately, this is a Paramount publicity photo with a snipe, so we have an answer on the back: 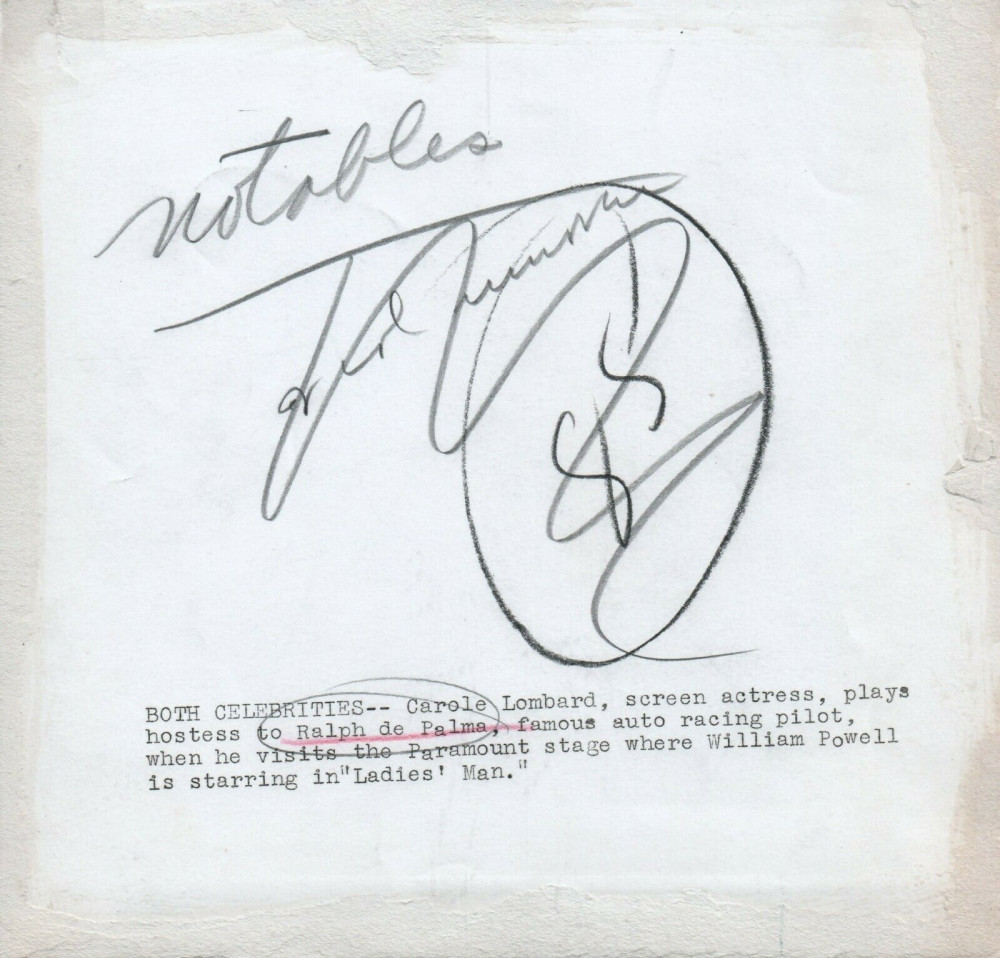 Can't read it? A closeup: Note the absence of a reference to the Lombard-William Powell romance which would culminate in a wedding in late June of 1931. Their love affair either hadn't blossomed yet -- the pic may be from late 1930 or early '31 -- or the studio was reluctant to publicize such news.

So, who was Ralph de Palma? If you're into auto racing history, you'll know the name. The native of Italy (whose family emigrated to the U.S. in 1893) won more than 2,000 races during his career, most notably the 1915 Indianapolis 500, an event Hoosier native Carole would have known about. Here he is at the 1914 French Grand Prix: 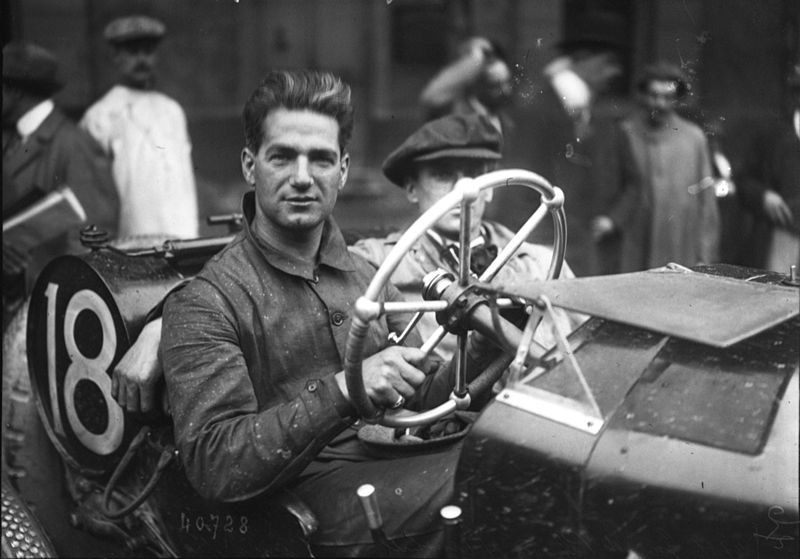 de Palma retired from racing in 1936 and died in South Pasadena 20 years later.