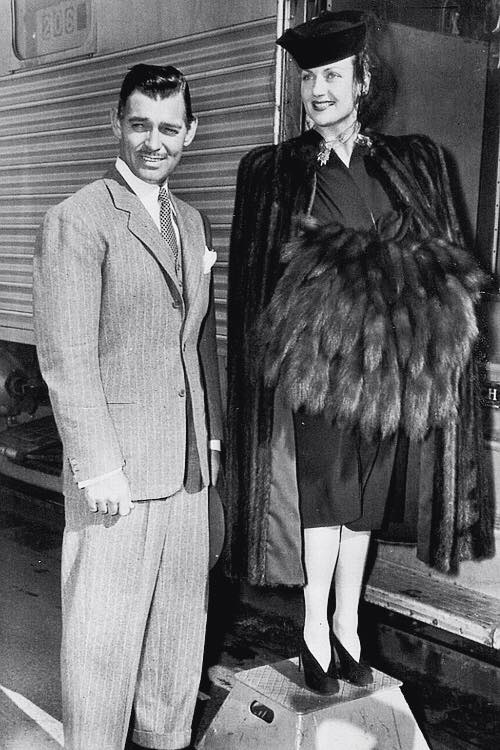 Carole Lombard and Clark Gable (shown here in December 1940 boarding an eastbound train as they traveled to Washington and later Baltimore) were no stranger to rail travel; each regularly used it for transcontinental trips.

But at the time of their marriage in late March 1939, if they or other Angelenos wanted to go east, their journey would have to begin at one of two small, aging downtown terminals...one serving the Santa Fe, the other the Union Pacific and Southern Pacific. (The photo above was shot in Pasadena, a preferred suburban rail site not far from the Gables' ranch in Encino.)

But on May 3, 1939, Los Angeles entered the future in a big way when Union Station -- the last of America's classic train stations -- opened its doors. 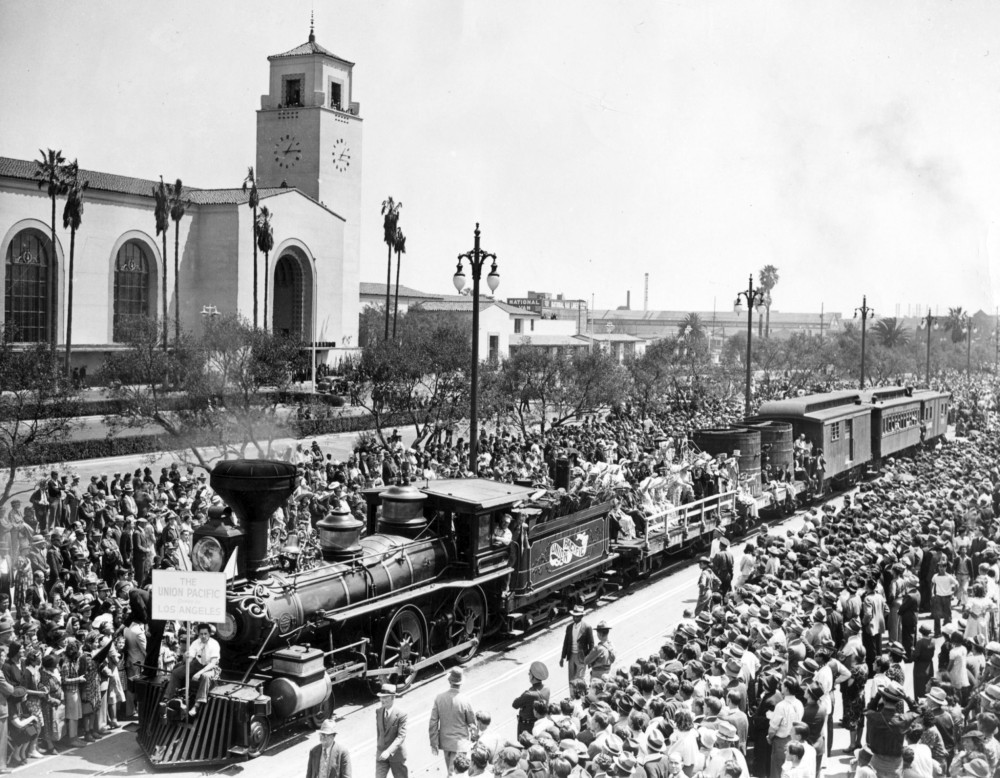 It's an anniversary worth celebrating, and tomorrow and Saturday LA is doing just that.

From 1 to 7 p.m. Friday, there will be musical events, model trains and a historic photo display. For you foodies, several of the station's eateries will have custom 80th anniversary menu items.

Saturday's festivities last from 10 a.m. to 9 p.m., with more live music (on both the South Patio and in the Historic Ticketing Hall, the latter now a regular site for high school proms each spring), a family fun zone and art and architecture tours. (Art? Might this mural which includes Lombard at right, part of the newer Metro Rail station on the Vignes Street side, be included?) 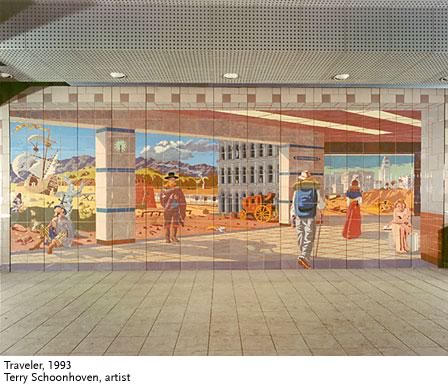 Union Station's heritage unites generations of Angelenos. While there have been many changes, it exudes much the same ambiance riders and visitors thrilled to eight decades ago. 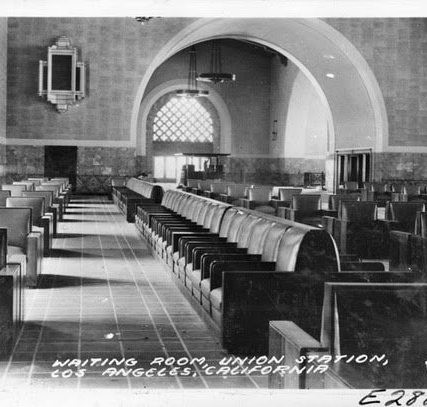 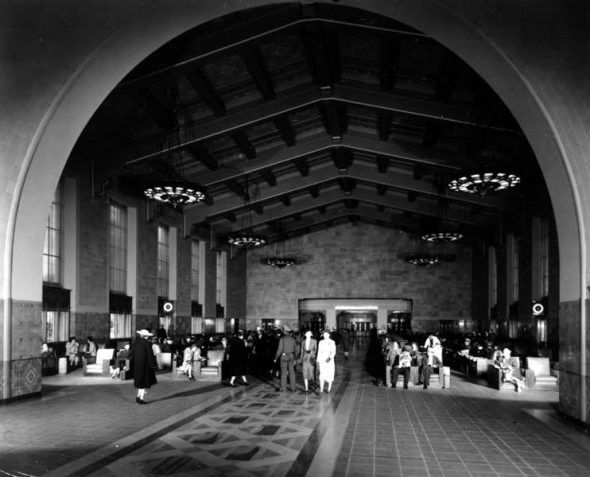 Here's an arrivals board from May of '39, along with a restored replica now in the main waiting room: 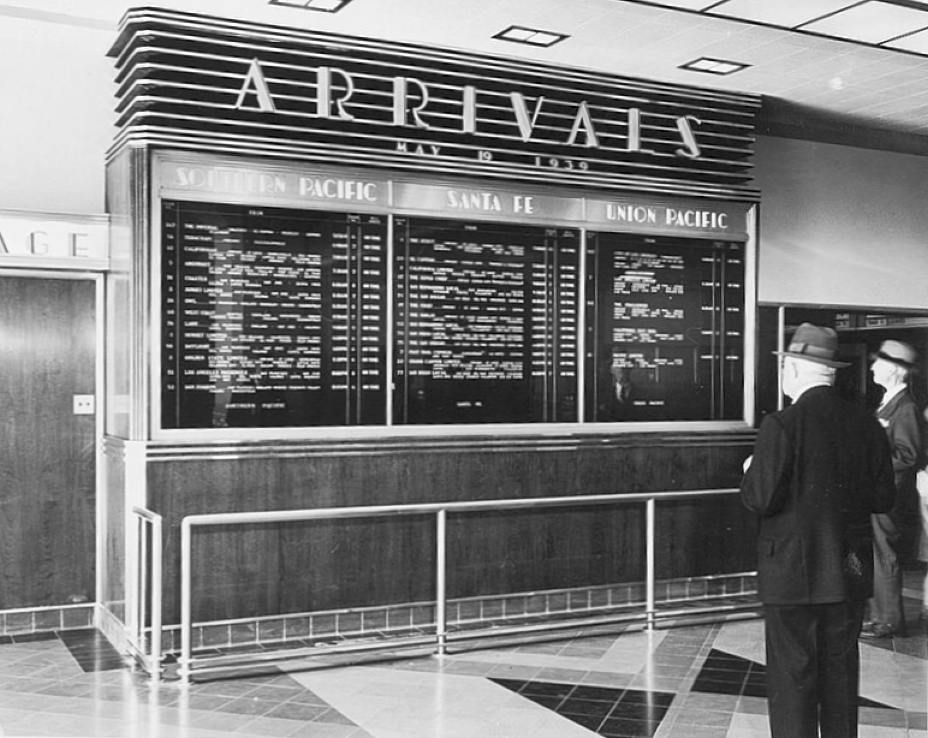 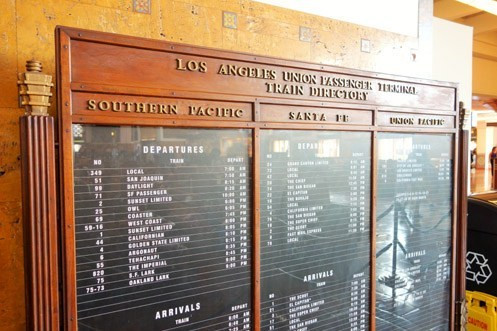 And while Lombard may have boarded her 1940 trip in Pasadena, she set foot in Union Station at least once. On Jan. 12, she left the terminal (appropriately on the City of Los Angeles train), headed to Chicago for training prior to her war bond rally in Indianapolis. (She's shown before boarding with Howard D. Mills, a regional defense savings official.) Carole would never return to the city she had called home since 1915. 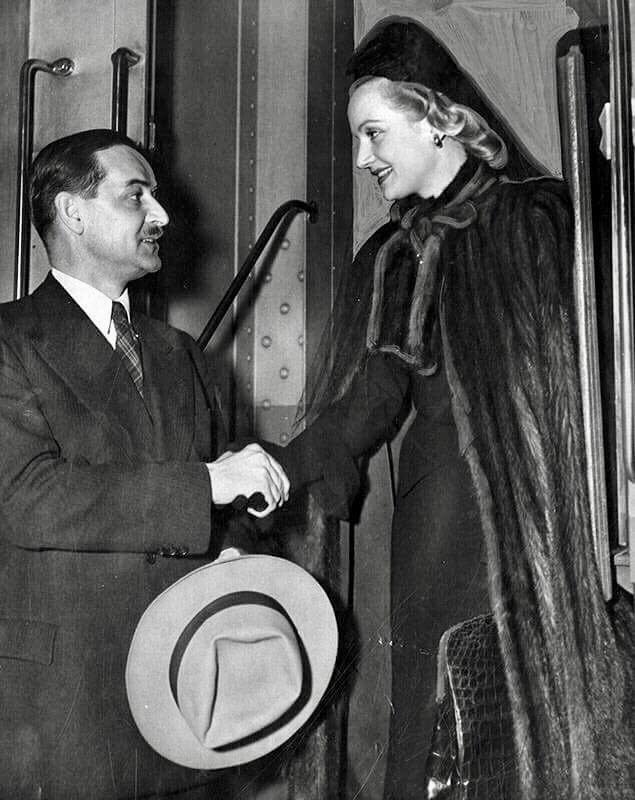