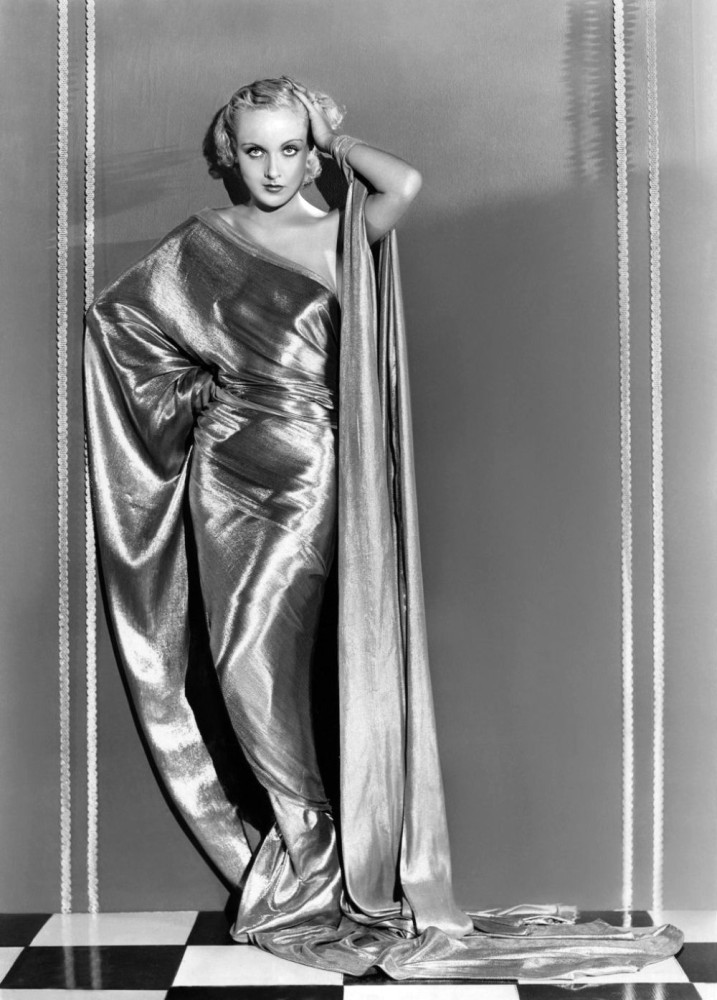 It's been said Carole Lombard could wear nearly anything -- such as a large piece of fabric draped over her by Travis Banton, as seen above -- and make it look great. But it also led to some misconceptions about her fashion beliefs.

Take the June 1934 issue of Silver Screen, with Jean Harlow on the cover: 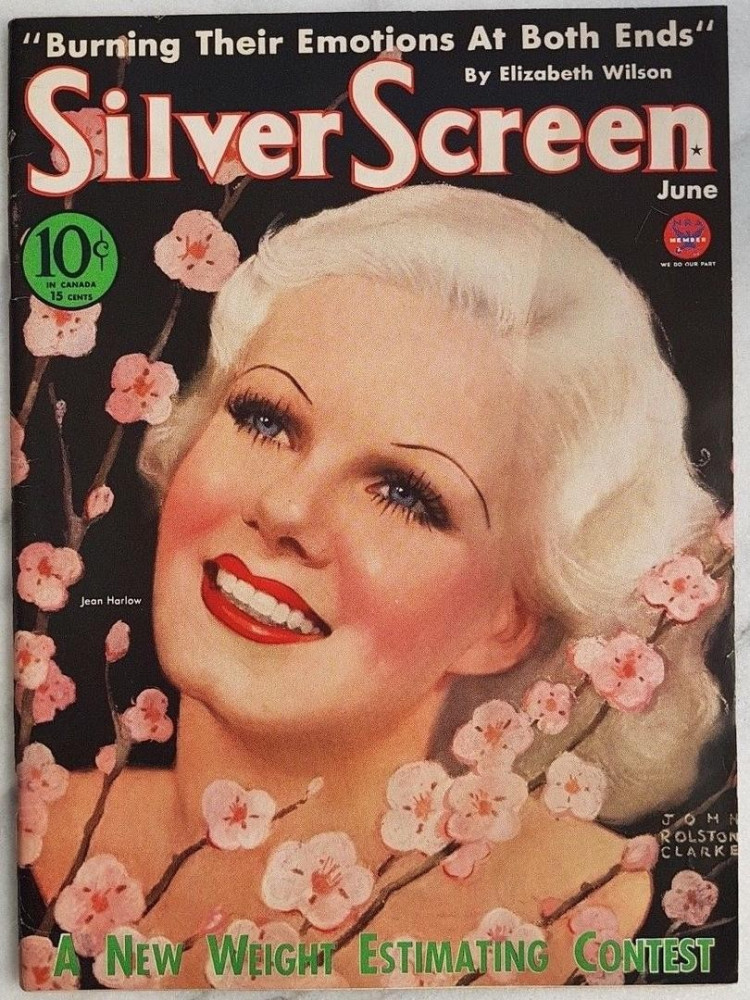 Inside the issue were letters from fans, including one from a Massachusetts lady who noted Carole's fashion aplomb in gowns, such as this from "No Man Of Her Own" in late 1932. (Thanks to Jean Hunter of the Facebook site "Clark Gable: Original King Of Hollywood" for finding this.) 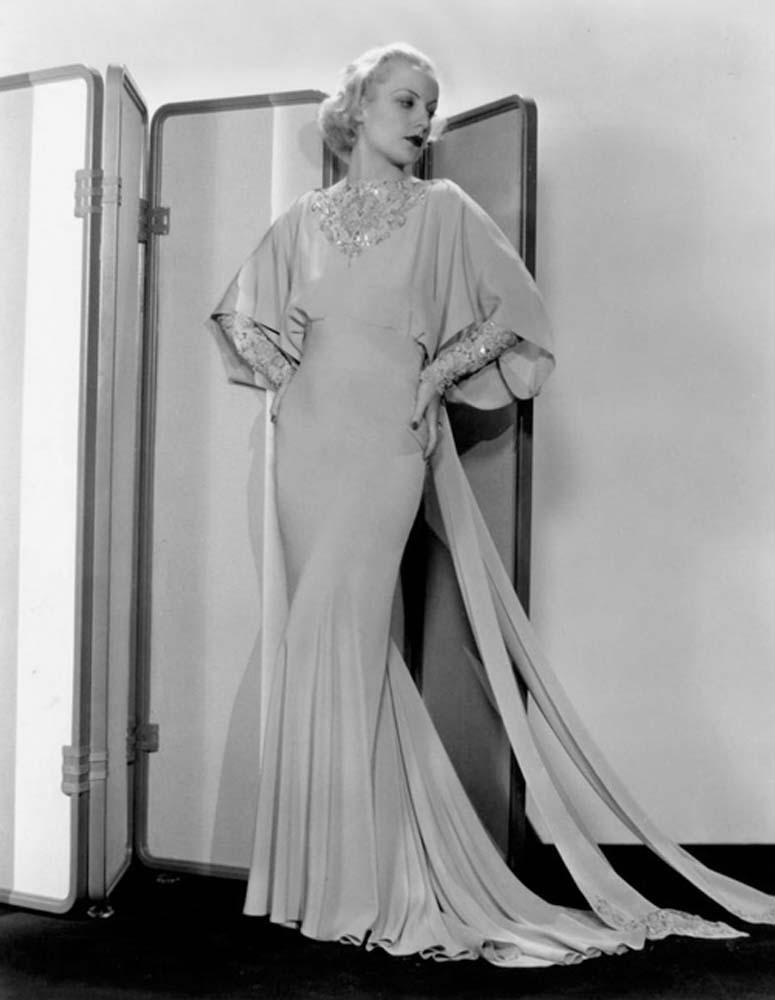 The staff contacted Paramount's publicity office for an answer...and Lombard decided to answer it herself, in her own handwriting. The fan's letter, and Carole's response: 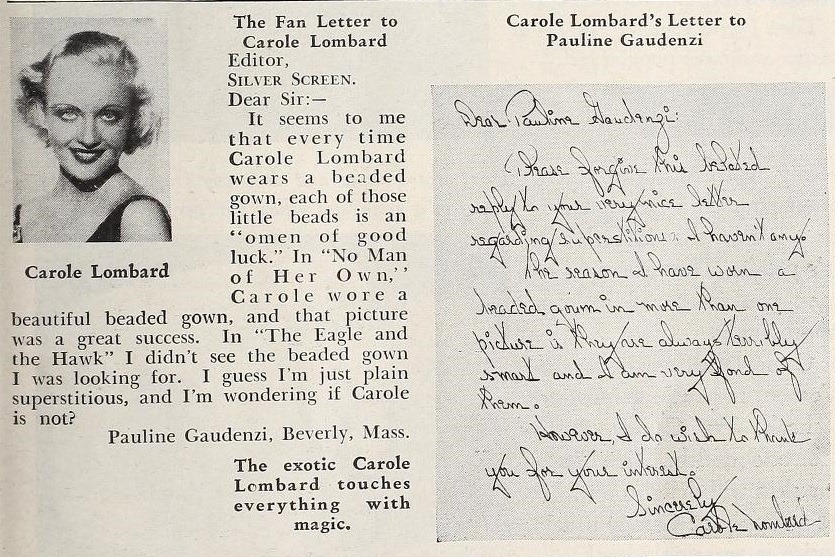 Carole's penmanship is a bit difficult for 2019 eyes to decipher, so I'll rewrite it for you.

Please forgive this belated reply to your very nice letter regarding superstitions. I haven't any.

The reason I have worn a beaded gown in more than one picture is they are always terribly smart and I am very fond of them.

However, I do wish to thank you for your interest.

Eight and a half decades later, we're still interested. And we agree with Silver Screen -- she continues to touch everything with magic.
Collapse