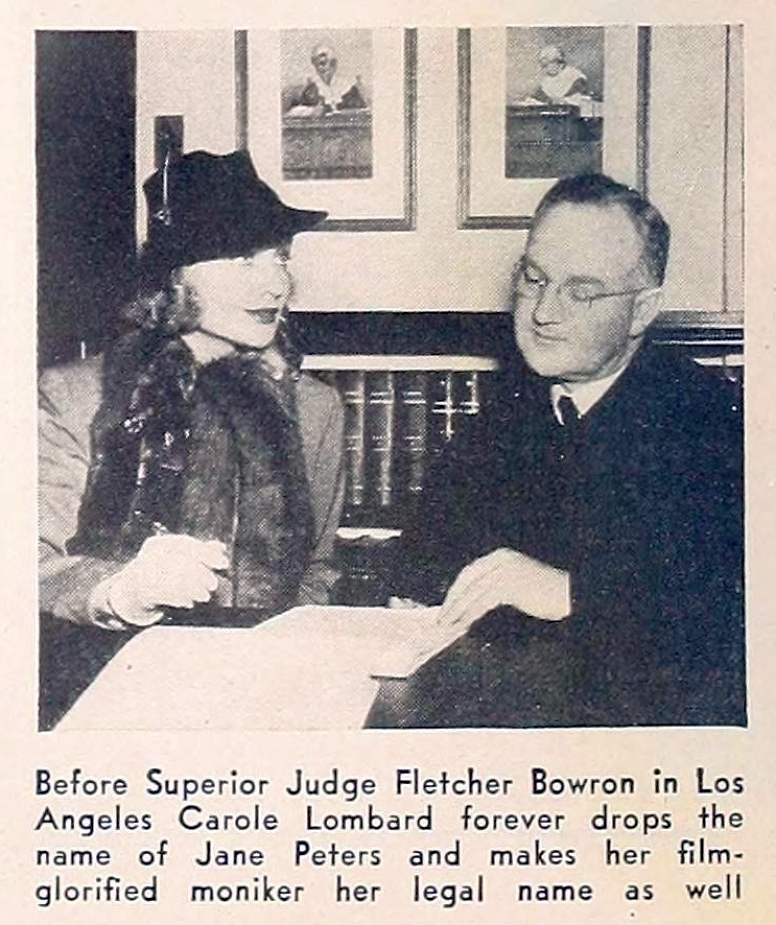 It's November 1936, and Carole Lombard, aided by Superior Court judge (and future Los Angeles mayor) Fletcher Bowron, officially adopts her new moniker, divorcing herself from birth name Jane Alice Peters. She did it downtown at the Hall of Records. Carole was no stranger to downtown LA by any means, having moved to the city with her mother and two older brothers in 1915.

And while we have no documented proof Lombard regularly visited this part of town, there's a good chance she did. In 1918, the first of the palaces designed expressly for films opened on 307 South Broadway, thanks to impresario Sid Grauman. It soon was tagged the "Million Dollar Theater": 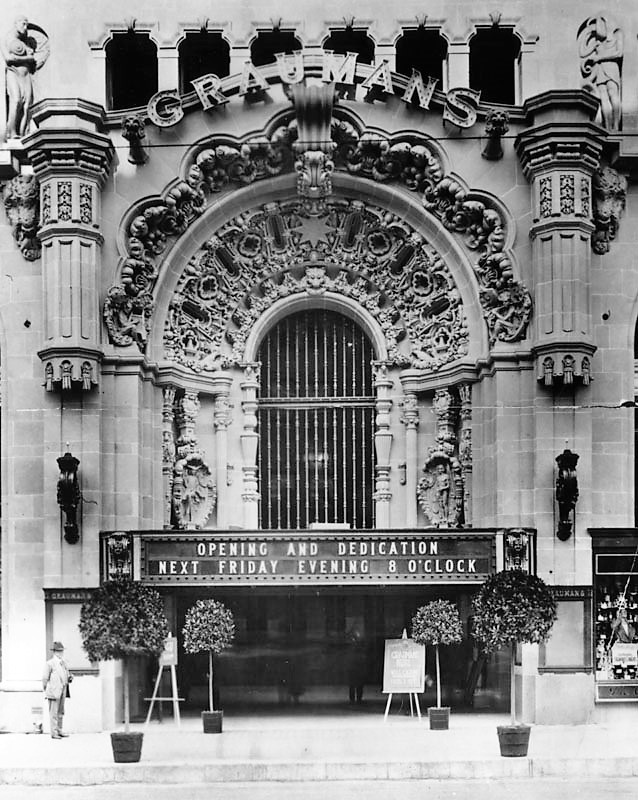 Directly across the street is a building that, on the outside, appears rather pedestrian... 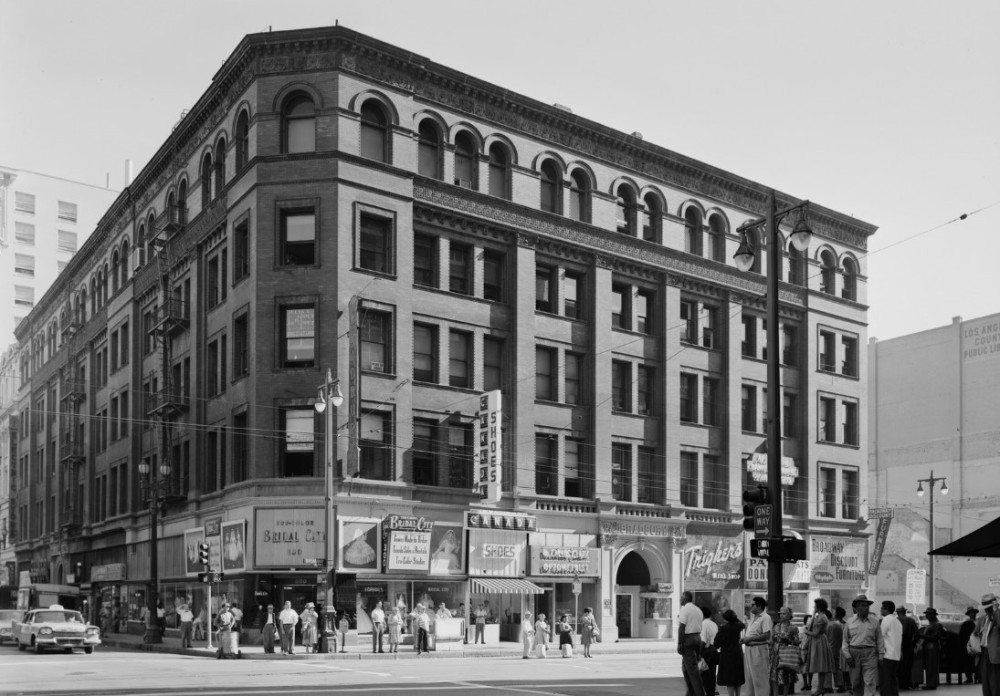 ..but go inside, and you'll enter an architectural Shangri-La. Here's proof: 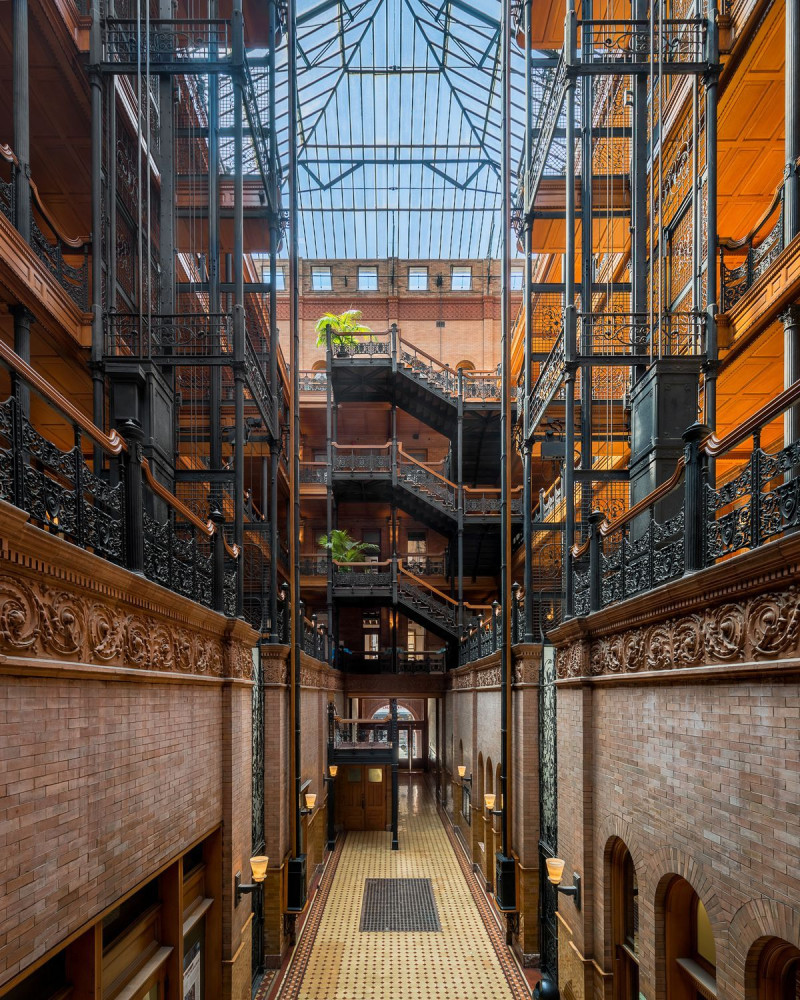 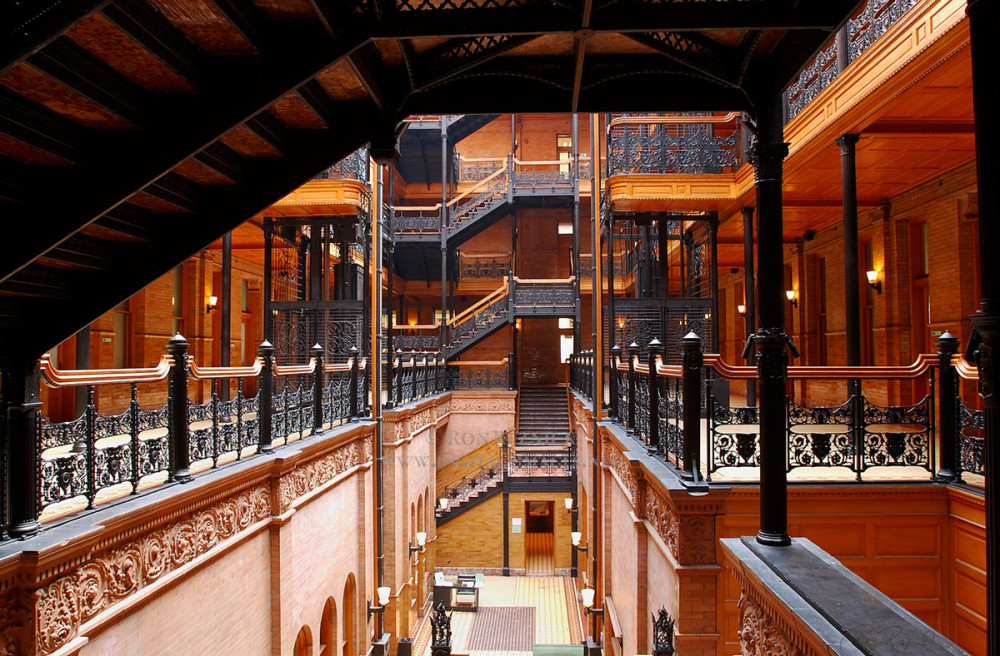 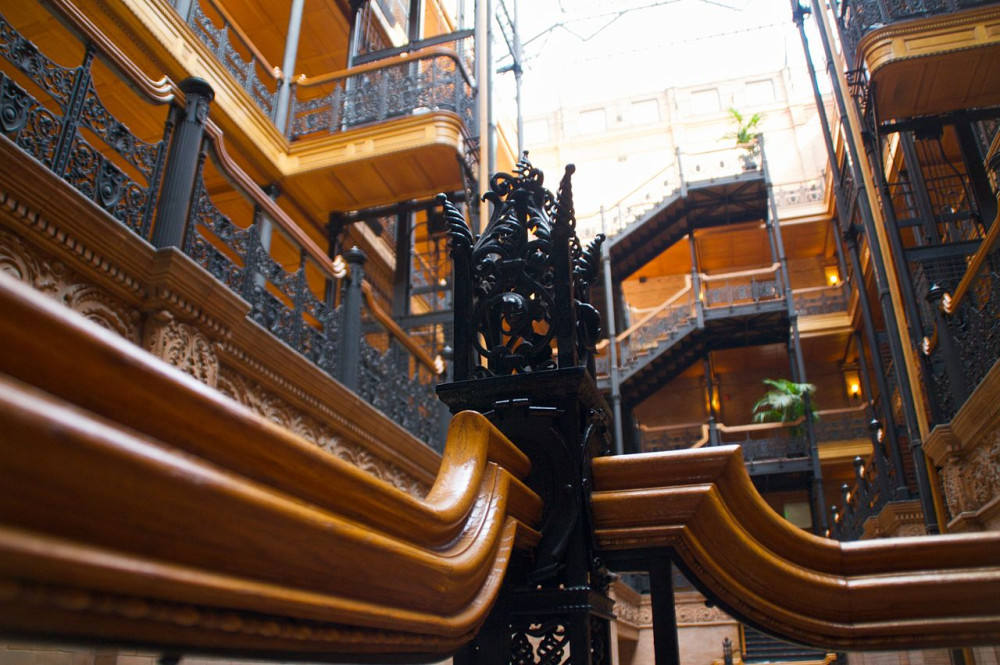 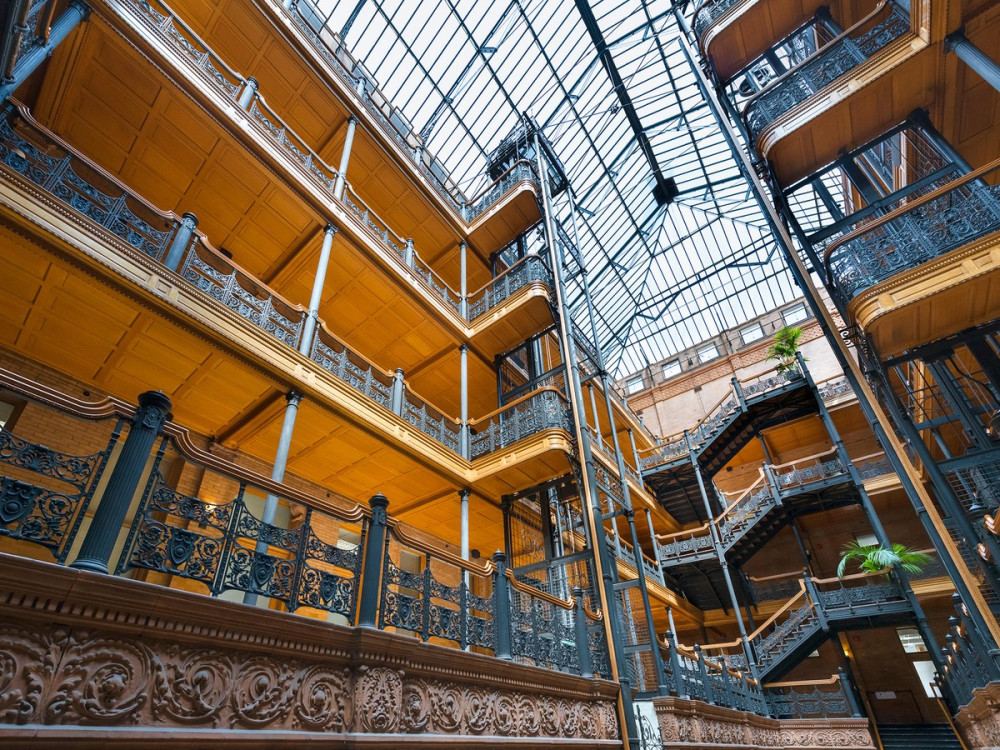 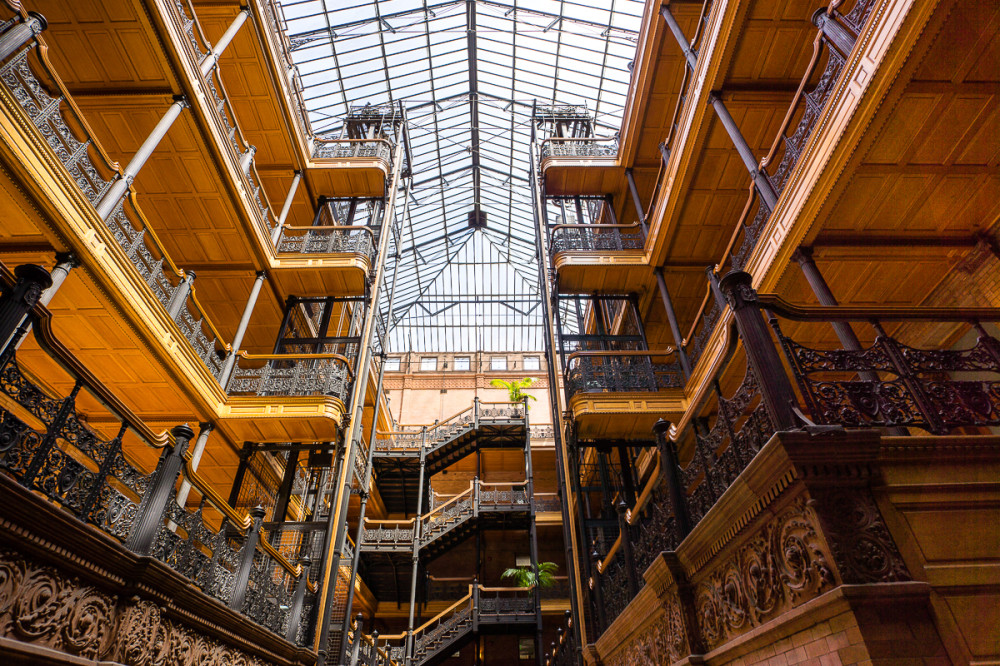 Simultaneously historic (built in 1893, it's the city's oldest office building) and futuristic, the Bradbury's interior makes it one of a kind (love that ironwork). And with its proximity to Hollywood, it's no wonder it's become a favorite site for film and TV.

I was reminded of this by Turner Classic Movies last night when its "Noir Alley," hosted by genre expert Eddie Muller, broadcast "M" -- not Fritz Lang's 1931 German classic that made a star of Peter Lorre, but Joseph Losey's 1951 remake where David Wayne plays a psychotic child killer pursued both by police and the underworld (the terror he causes gets in the way of their business). This version was filmed in Los Angeles (the opening scene is on the Angels Flight funicular), and the Bradbury figures prominently in the story as the office of a mannequin company where Wayne and a young girl he intends to kill seek refuge. 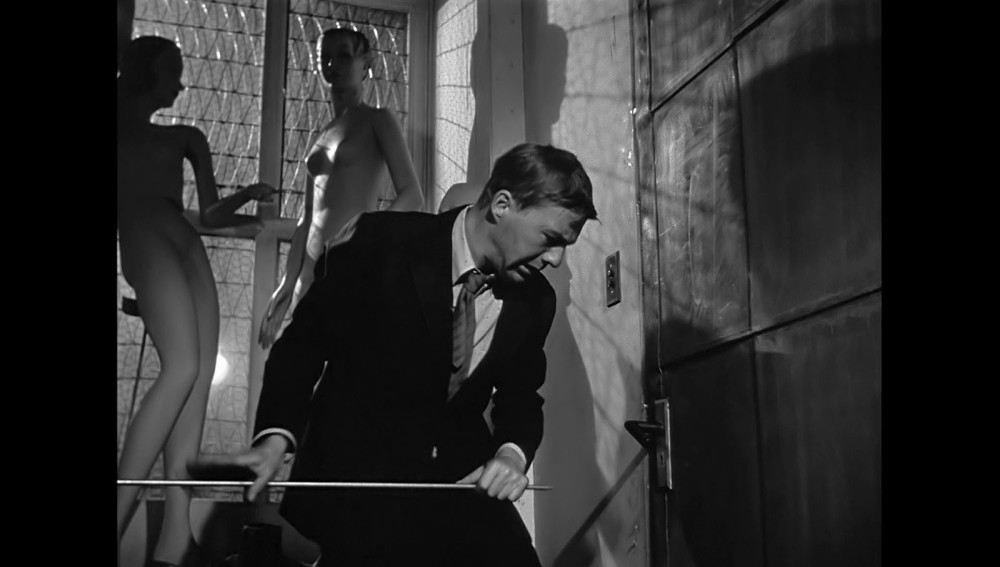 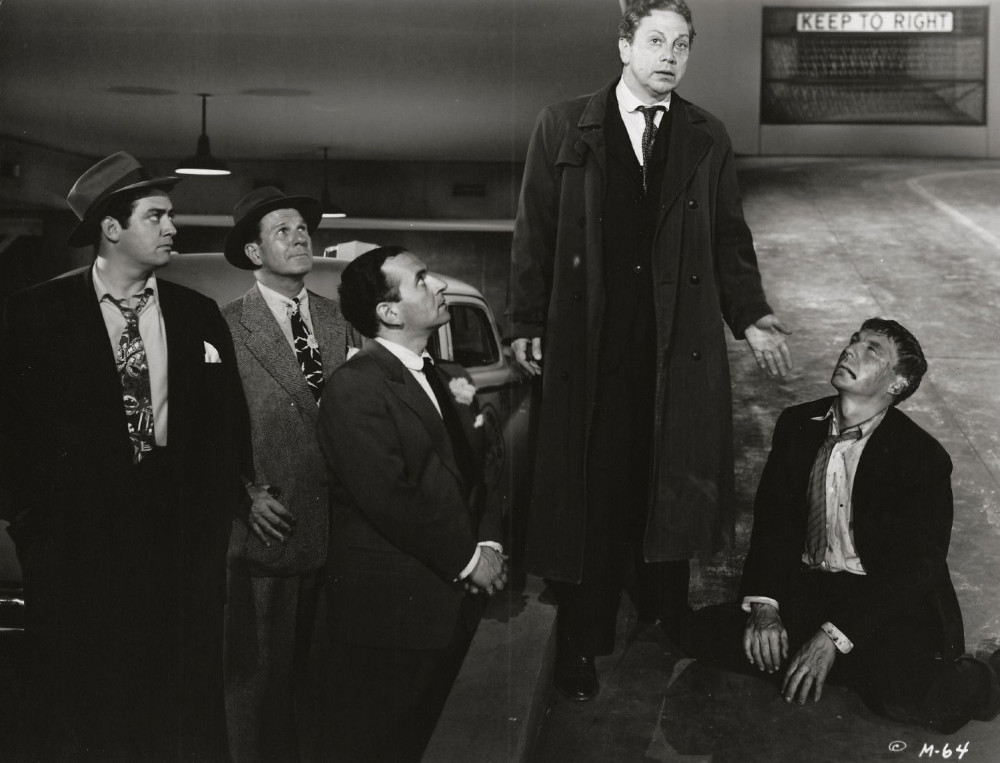 The '51 "M" isn't up to par with the original version, but manages to hold its own. And the images of the now-demolished Bunker Hill neighborhood are fascinating.

As you might expect, the Bradbury figures prominently in film noir -- everything from arguably the greatest of the genre, "Double Indemnity" (1944) to the original "D.O.A." (1949). But many other genres have employed it too, from the Oscar-winning silent tribute "The Artist" (2011)... 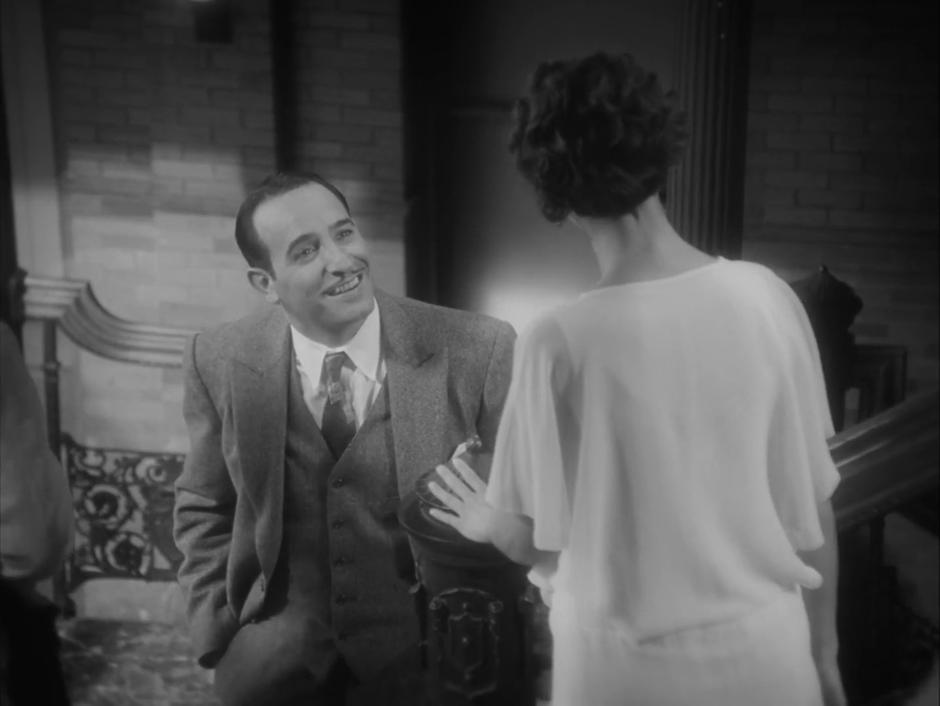 Other notable films using Bradbury locations include the noirish "Chinatown" (1974) and the wistful romantic comedy "(500) Days Of Summer" (2009). TV series also adore the Bradbury, among them "Pushing Daisies" and the LA-themed "Bosch" (it's home to Harry Bosch's office).

This 7 1/2 minute video should explain more about the iconic structure: