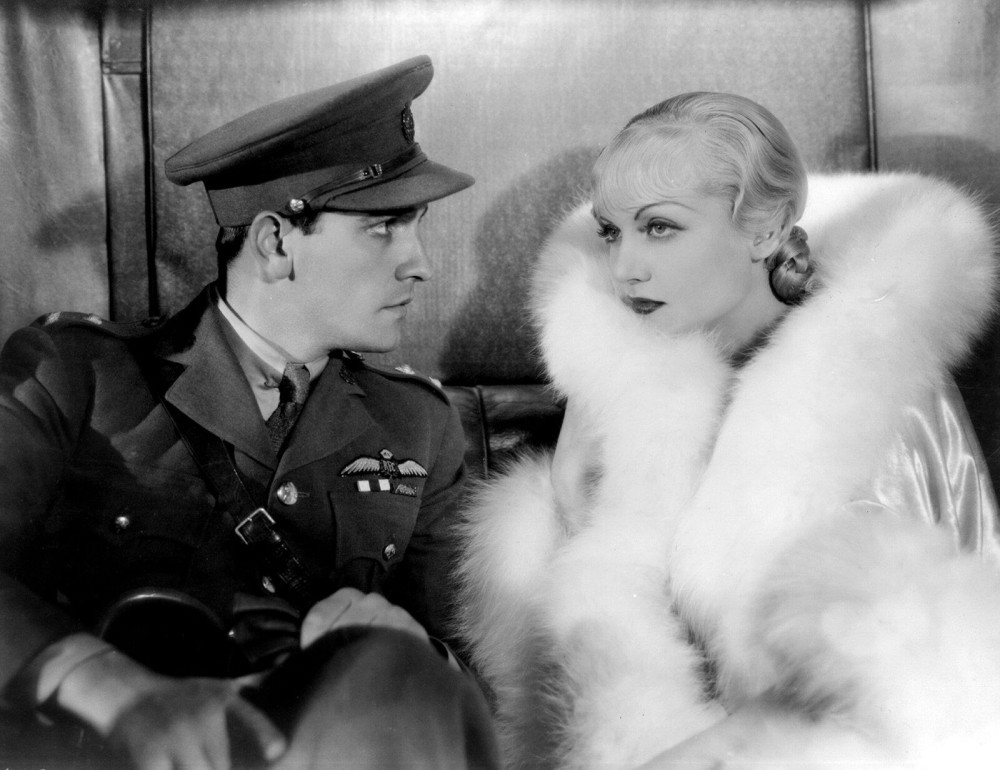 On a weekend where I understand some sort of all-star movie is opening, I came across this eBay item, headlined "1937 FREDRIC MARCH & CAROLE LOMBARD IN NOTHING SACRED Photo." I'm guessing this must be from a super-rare William Wellman "director's cut," because I never recall seeing Carole's Vermont radium worker Hazel Flagg go glam, nor do I remember March's New York reporter Wally Cook dressed up as a military officer. 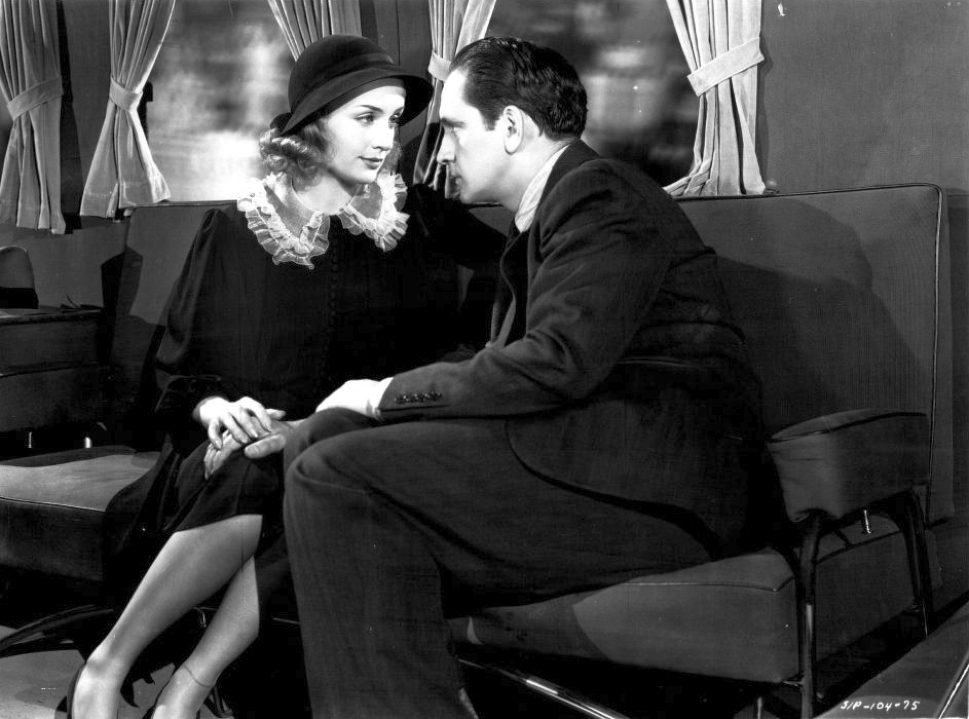 As many of you might guess, this isn't from "Nothing Sacred" (they're shown above in their usual gear); rather, its origin is from four years earlier, a World War I drama called "The Eagle And The Hawk" which fans of both stars tend to forget they made. (Cary Grant also was in the cast, though he had no scenes with Lombard.)

Here's an ad for the film, proof that Carole had a largely peripheral role: 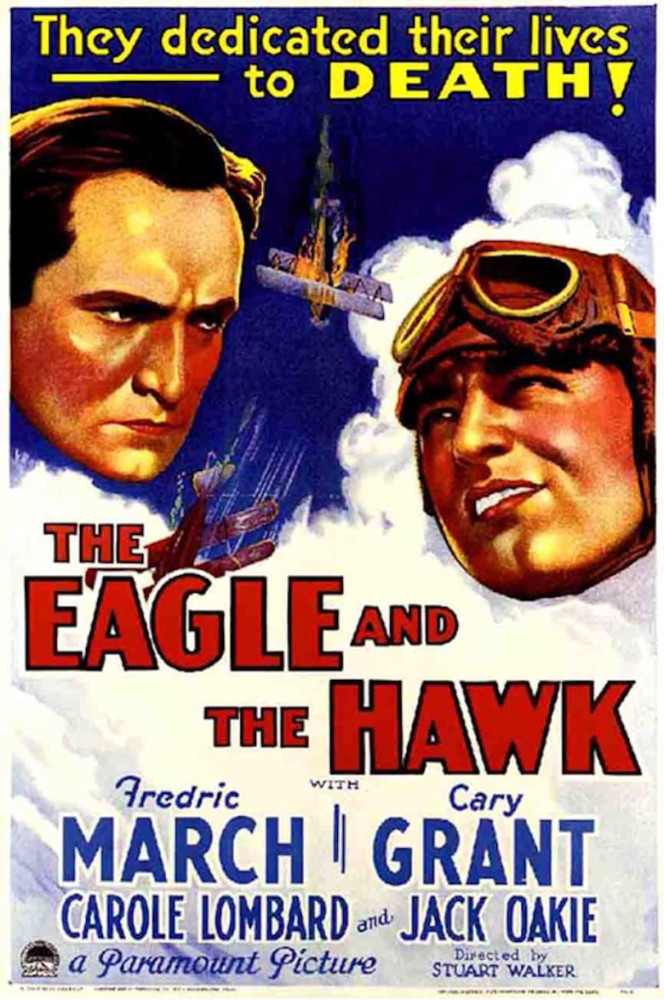 I write this to point out this movie's relative obscurity, not to mock the seller, whose tag is charming ("thecuriouspenguin").