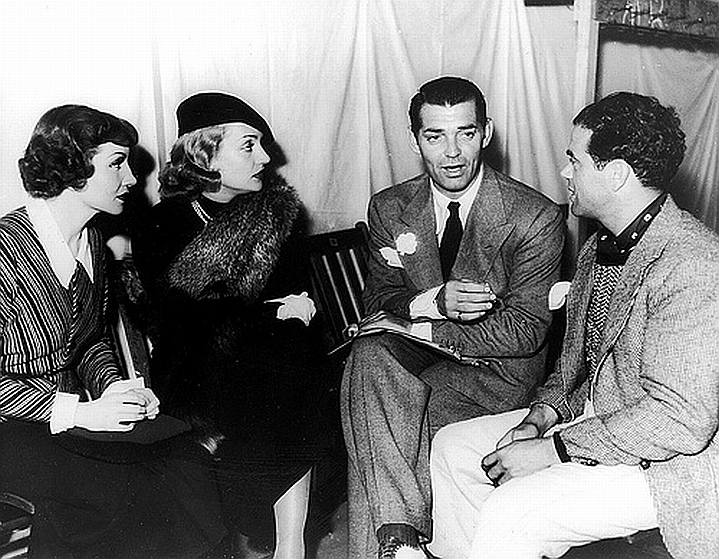 I'm guessing this shot of Carole Lombard, Clark Gable, Claudette Colbert and director Frank Capra was taken on the Columbia lot in late 1933 or early '34, when Lombard was making "Twentieth Century" and the other three the future multiple Oscar-winner "It Happened One Night."

Carole worked with many legendary directors during her brief life -- Howard Hawks, William Wellman, George Stevens, Alfred Hitchcock, Ernst Lubitsch, among them -- and she worked with Capra, too. Just not as a director.

Early in his career, Capra worked for Mack Sennett, and was part of a four-man crew who wrote the screenplay for the silent two-reeler "The Swim Princess," released in February 1928. Two lobby cards from that campus comedy, items I've never come across before, just popped up on eBay. First... 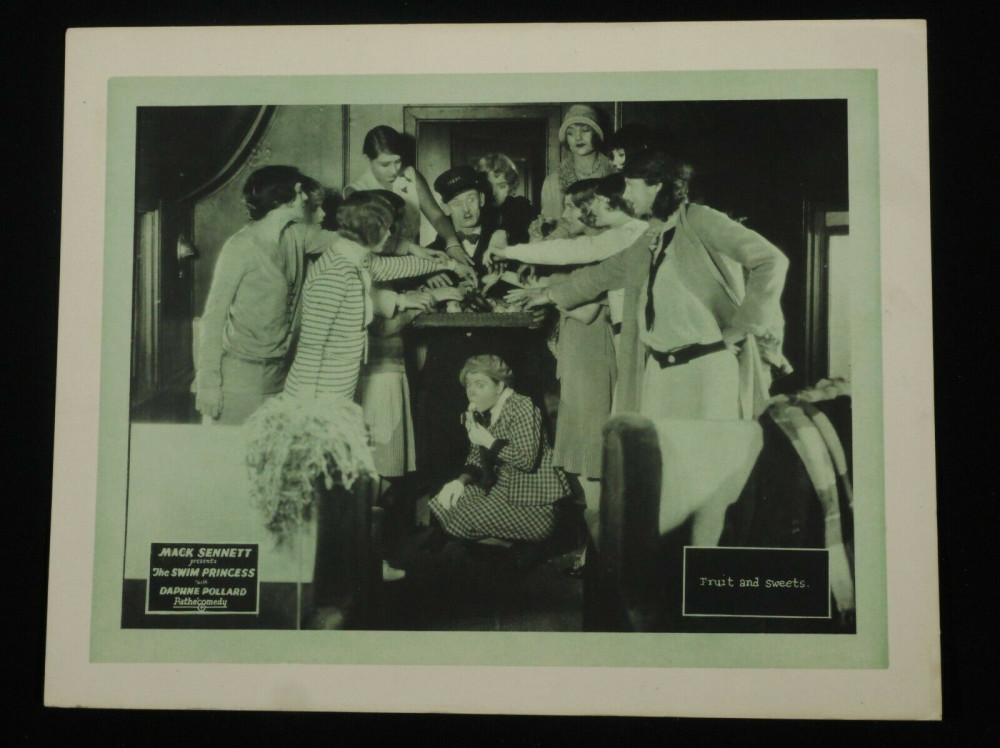 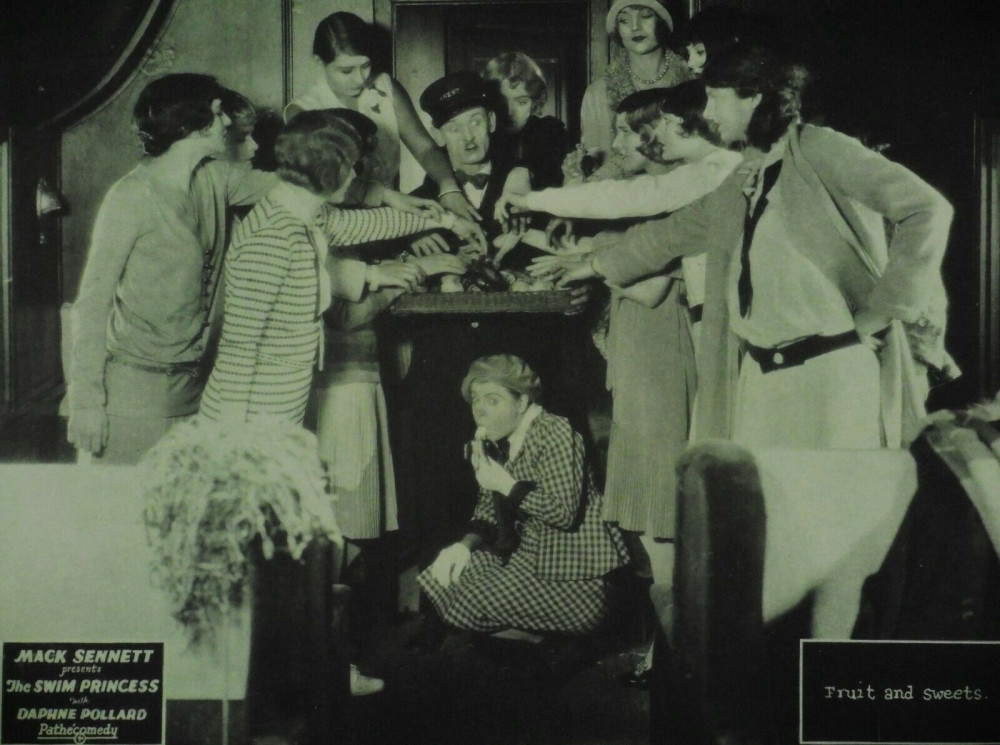 ...this pic, where Daphne Pollard hides while aboard a train. Carole, who plays Trudy, the titular character (essentially an aquatic equivalent of her Norma Nurmi from
"Run, Girl, Run"), is clad in a cloche in the upper right-hand corner: 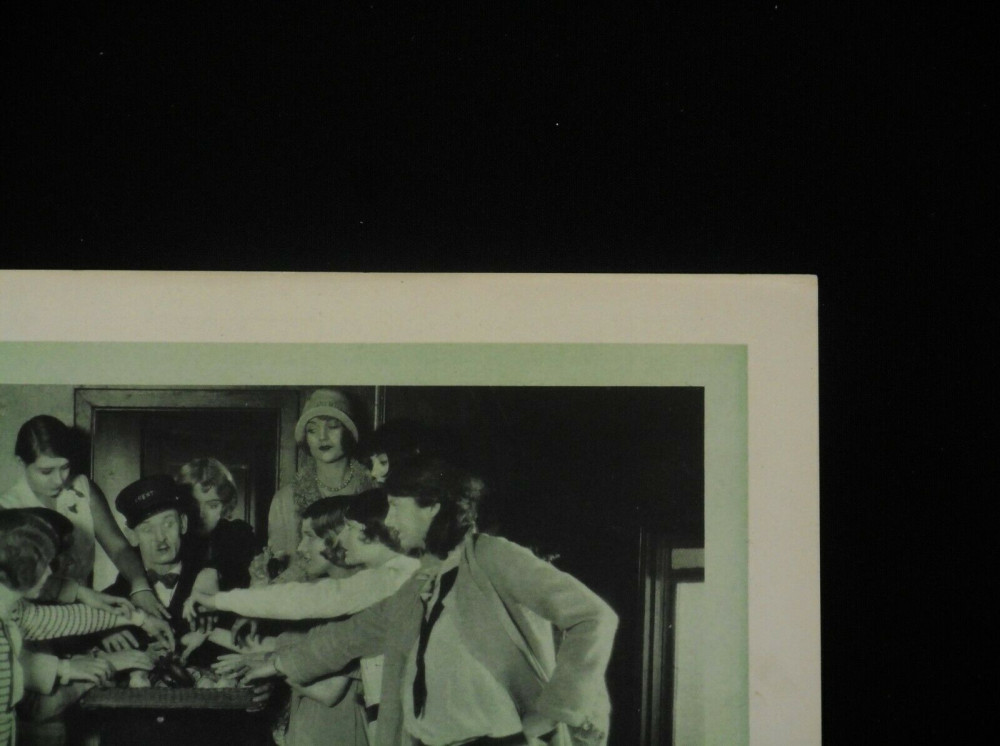 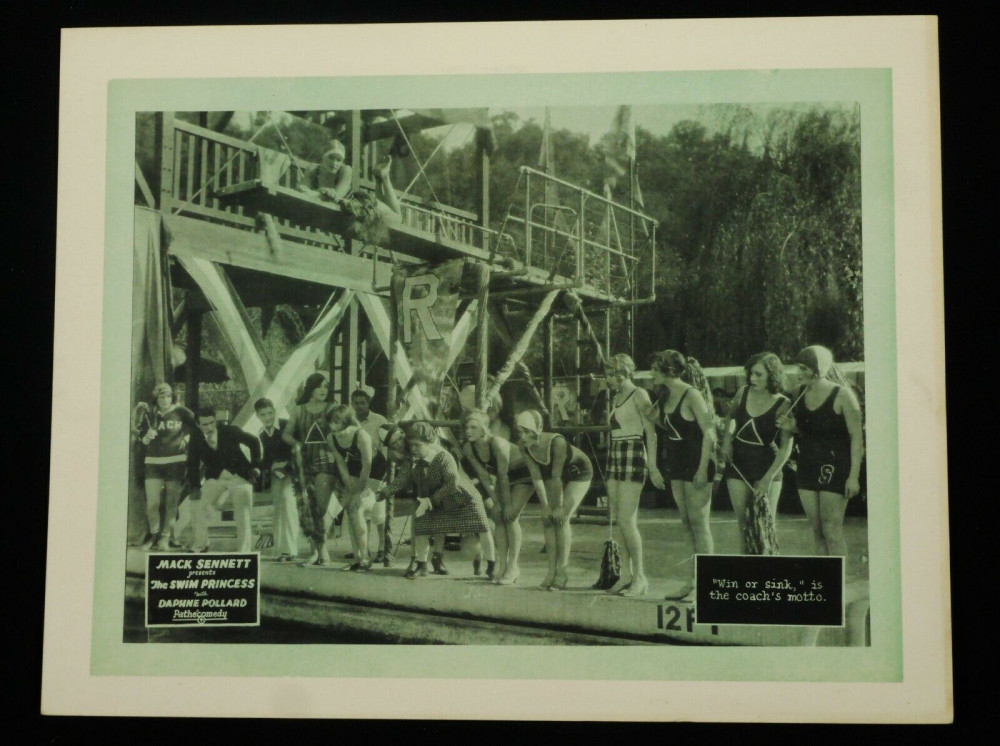 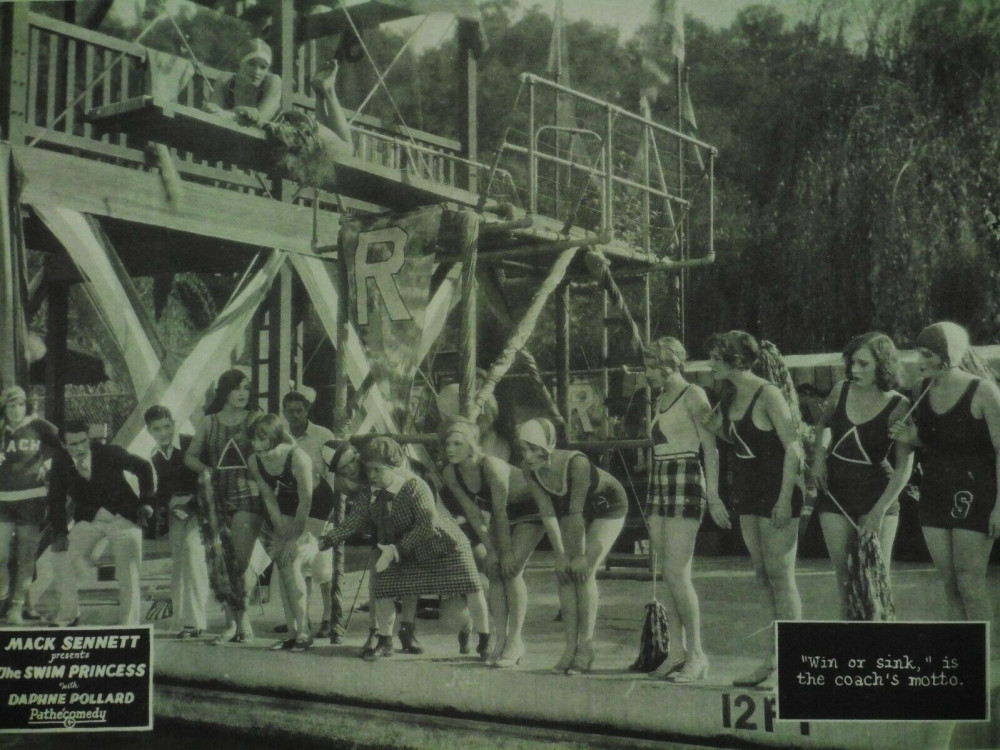 Where's Lombard in this one? On the starting block, fifth from right, preparing to compete: 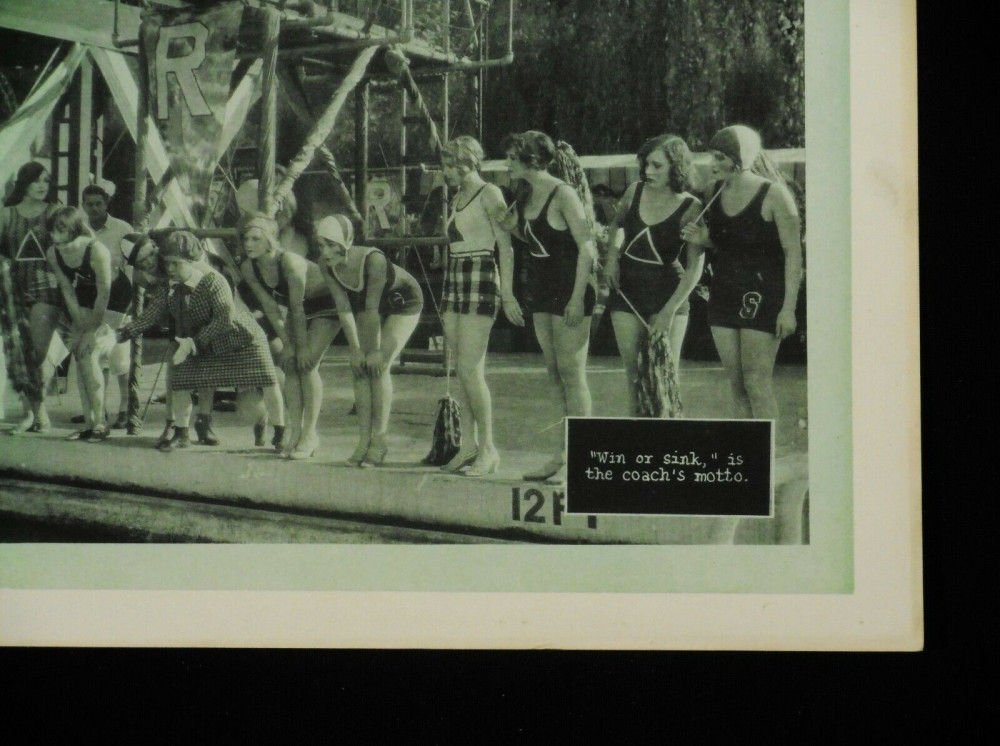 So where did Carole come closest to being directed by Capra? Probably for "Mr. Deeds Goes To Town" (1936), which Robert Riskin wrote for Capra at Columbia. Lombard was to play the female lead, but ex-husband William Powell persuaded her to drop out three days before production began to join his film at Universal...a little comedy called "My Man Godfrey." Capra recruited Jean Arthur (whom Columbia mogul Harry Cohn didn't want for the role) to co-star with Gary Cooper, and both "Deeds" and "Godfrey" became major hits. 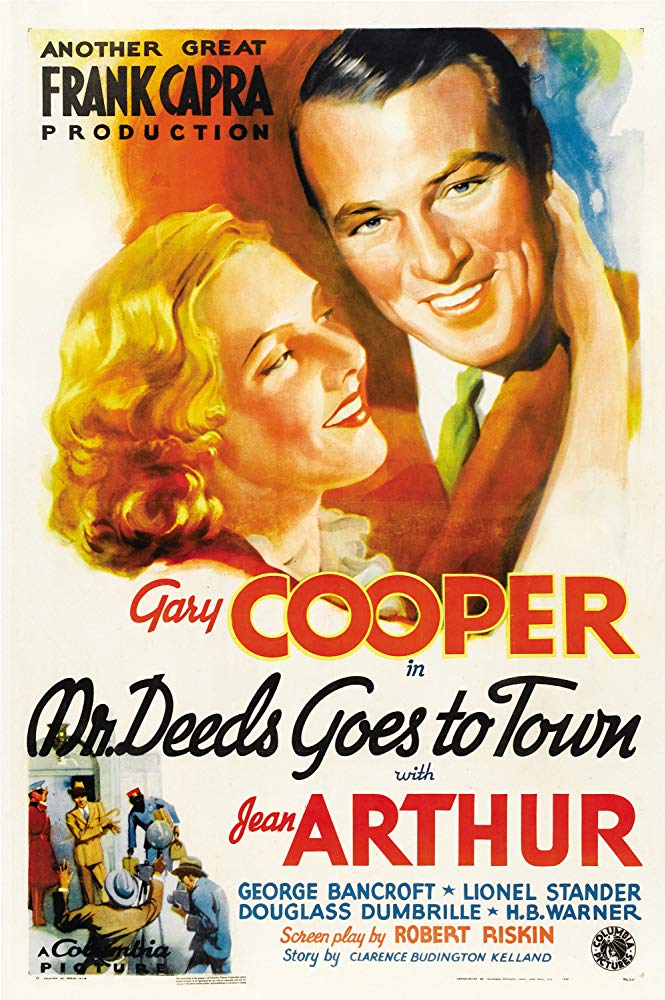