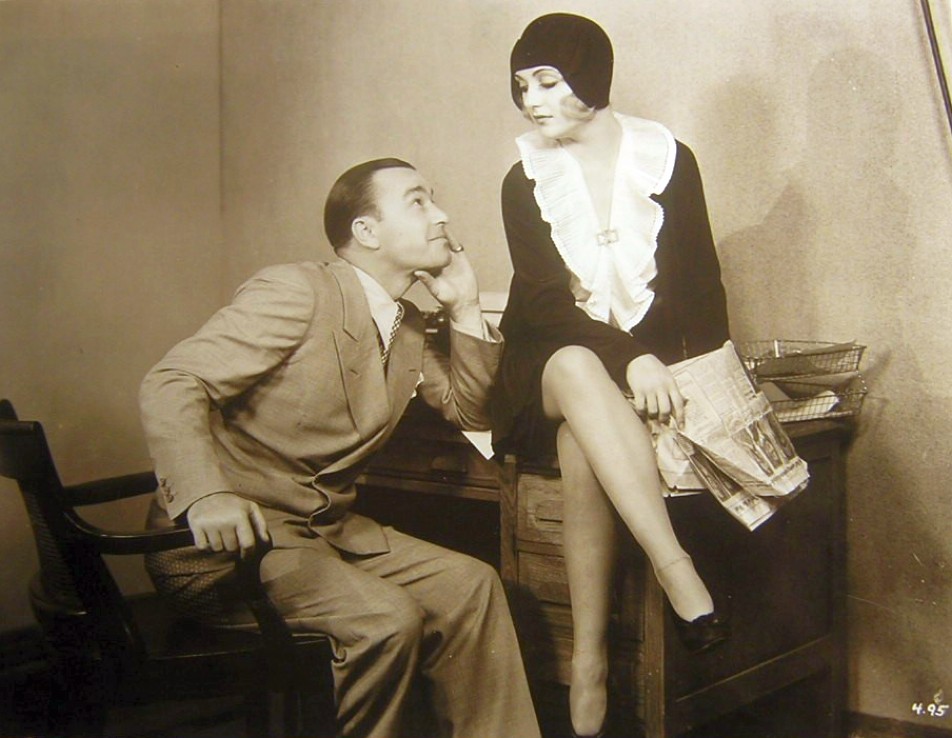 Of the three talking feature films Carole Lombard made for Pathe (while she was billed as Carol Lombard), "Big News" is probably the least known. A shame, because it's directed by Gregory La Cava some seven years before he and Lombard would reteam for the brilliant "My Man Godfrey." Moreover, it's the only movie she made where she played a newspaper reporter, a familiar profession for actors of that era, and she stars with Robert Armstrong, whom she'd co-star with later in 1929 for "The Racketeer."

Now, a rare photo from "Big News" -- heck, it's one this longtime Lombard collector has never seen -- has surfaced on eBay. Here's what it looks like: 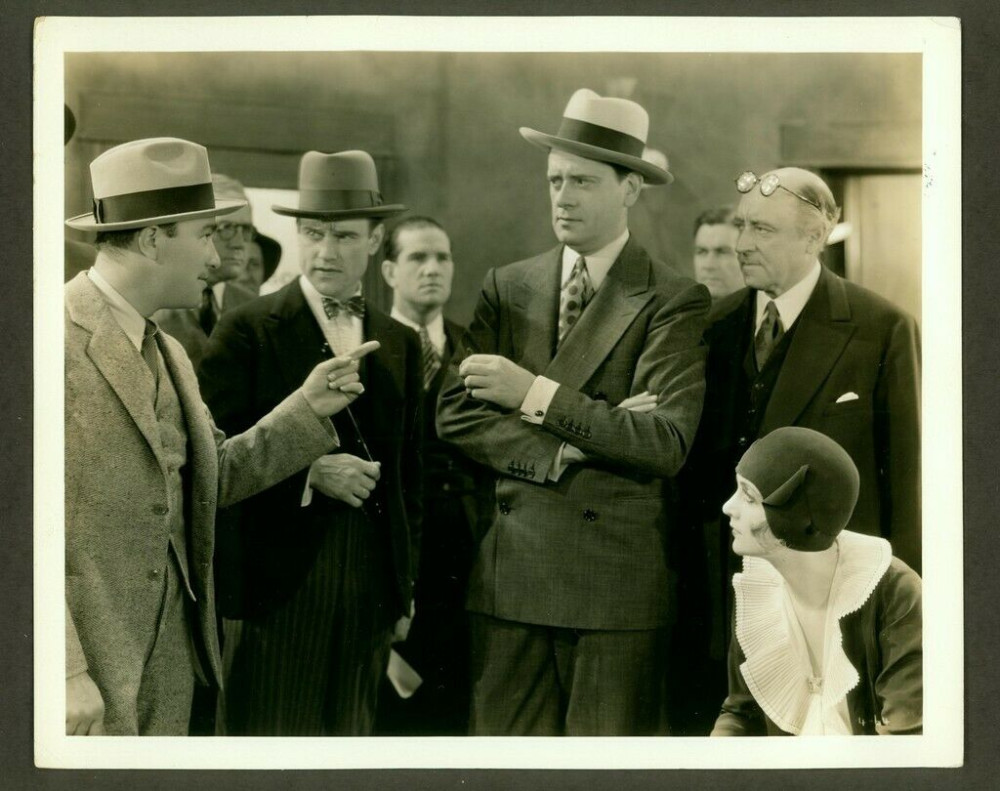 There's also a snipe on the back if you're still skeptical: 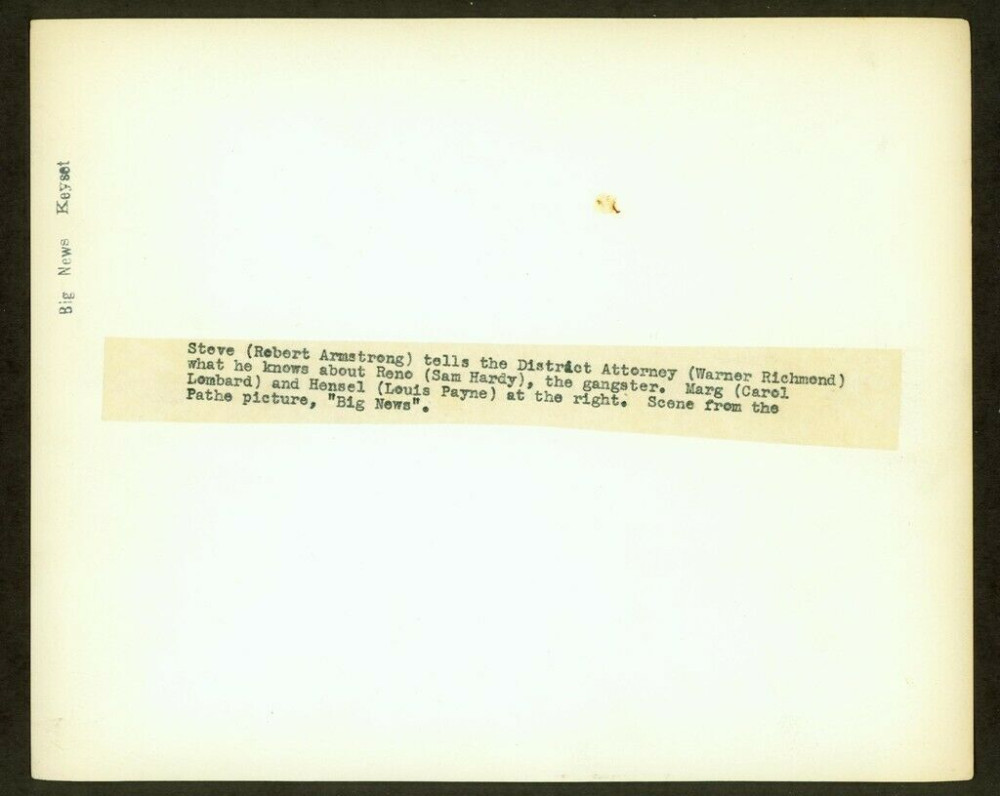 More about the pic: It was part of a Pathe keyset promoting the film. It's from the Lester Glassner collection, a vintage original in very fine condition measuring 8 1/8" x 10". For a photo that's nine decades old, it's rather stunning...and it can be yours, if you're willing to part with $79.95 (or make an offer). Get the lowdown by visiting https://www.ebay.com/itm/RARE-CAROLE-LOMBARD-ORIGINAL-PATHE-KEYSET-PHOTO-BIG-NEWS-PRE-CODE-VF-1929/254204190532?hash=item3b2fc01f44:g:S6AAAOSw4cxcuNUq.
Collapse