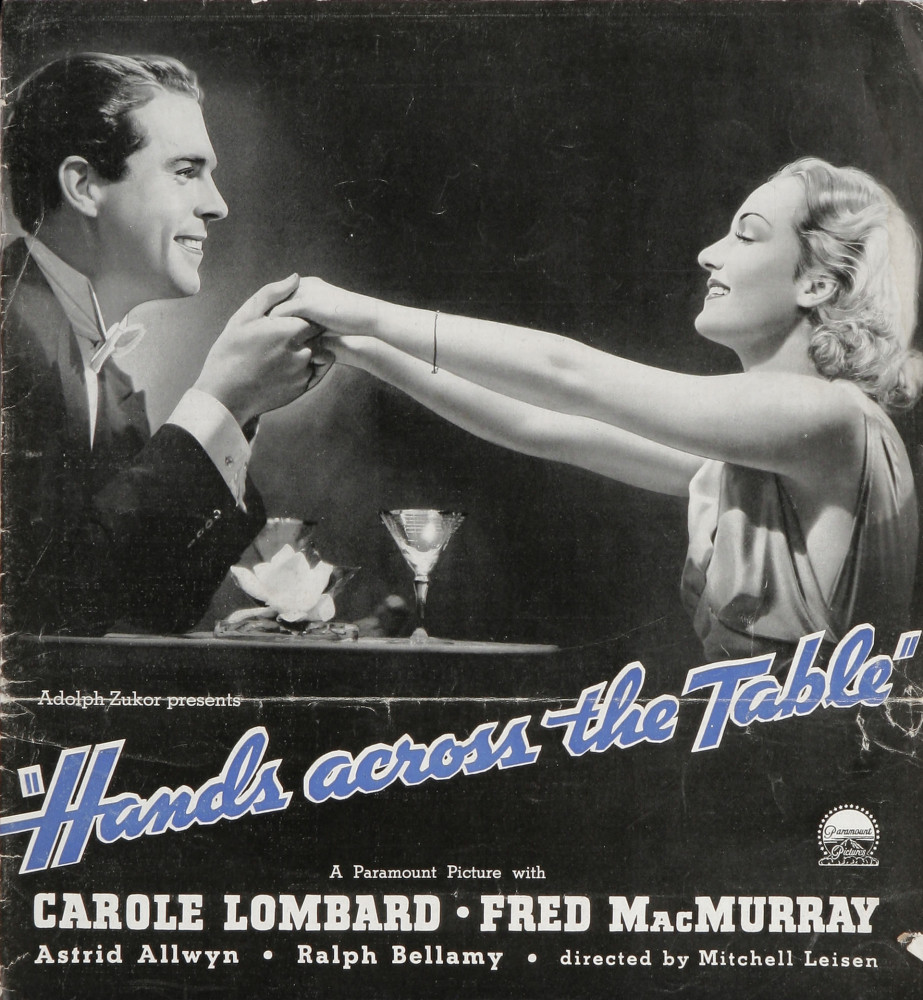 Carole Lombard appeared in several dozen films during her relatively brief life -- but if today's terminology had been used then, would any of them have been labeled "chick flicks"?

The term has come to refer to films designed primarily for female audiences, usually light in tone or comedic in nature. In some circles, it's become shorthand for "romantic comedies." 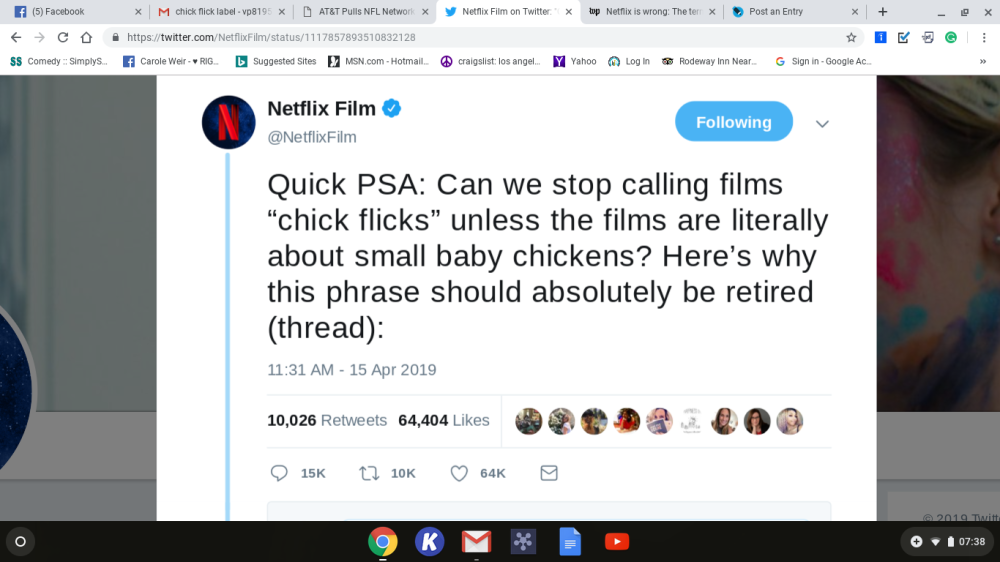 It suggests it be retired for several reasons: 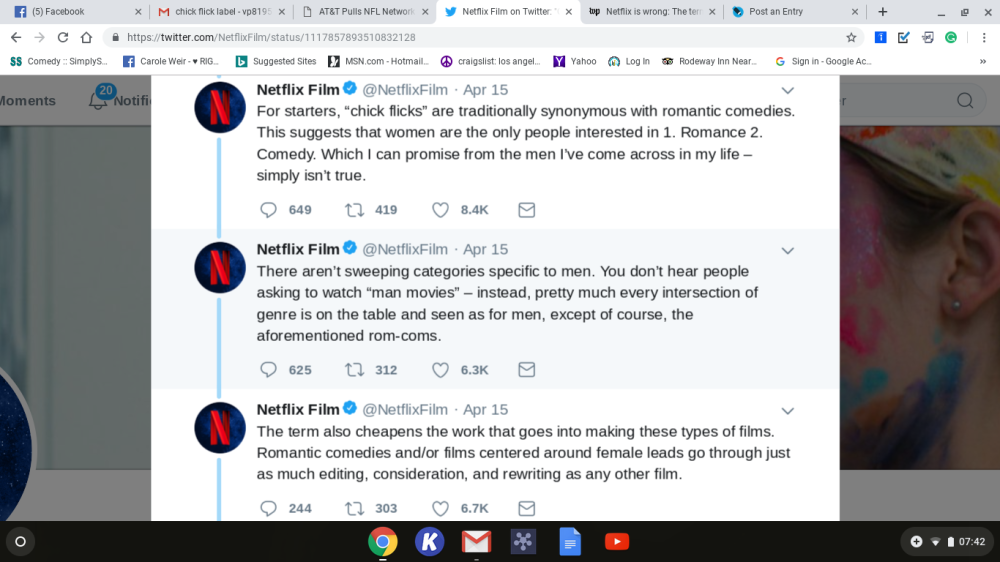 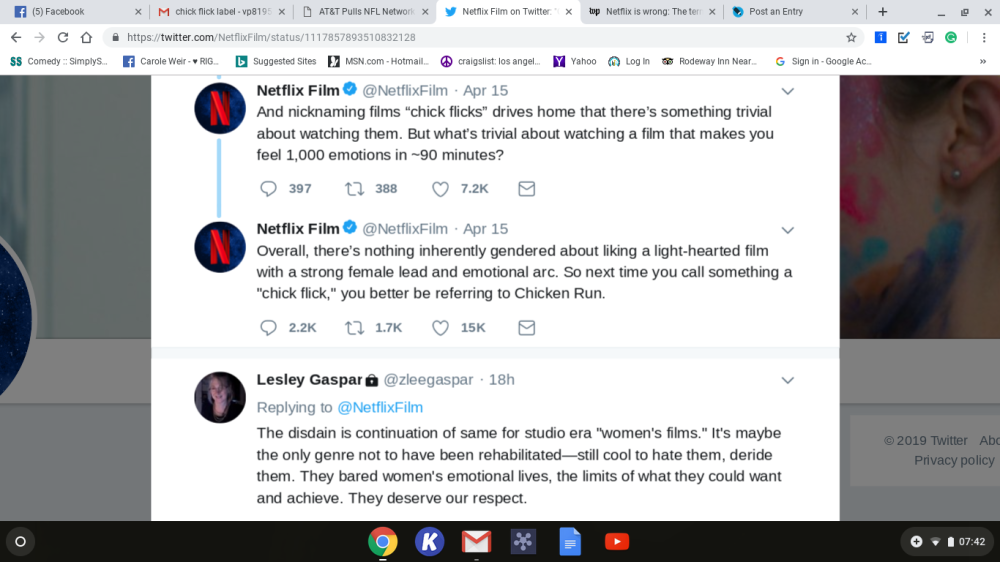 That drew an acerbic response from film critic Sonny Bunch. Writing in the Washington Post (https://www.washingtonpost.com/opinions/2019/04/17/defense-chick-flick-label/?fbclid=IwAR3sSsQj_pQTkdIkAAcZQC0IDTjq50bRXBQQEgoSVk37h8q1dWN7HsF31FY&utm_term=.d60aff2a4e21), he decried "being lectured at by a service you've purchased to deliver you entertainment options," adding that "Netflix's woke Twitter shtick is getting old."

(As for me, I wish the PC term "woke" would be banished from the face of the earth. But I digress.)

Bunch deems "chick flicks" a useful phrase, "pithy and memorable, the simple rhyme evokes a clear image of what is intended by the person who utters it." And usually, said image is a light-hearted film designed primarily for female audiences, "a rom-com or lady-buddy pic." Kate Hudson was famous for such vehicles, including "How To Lose A Guy In 10 Days": 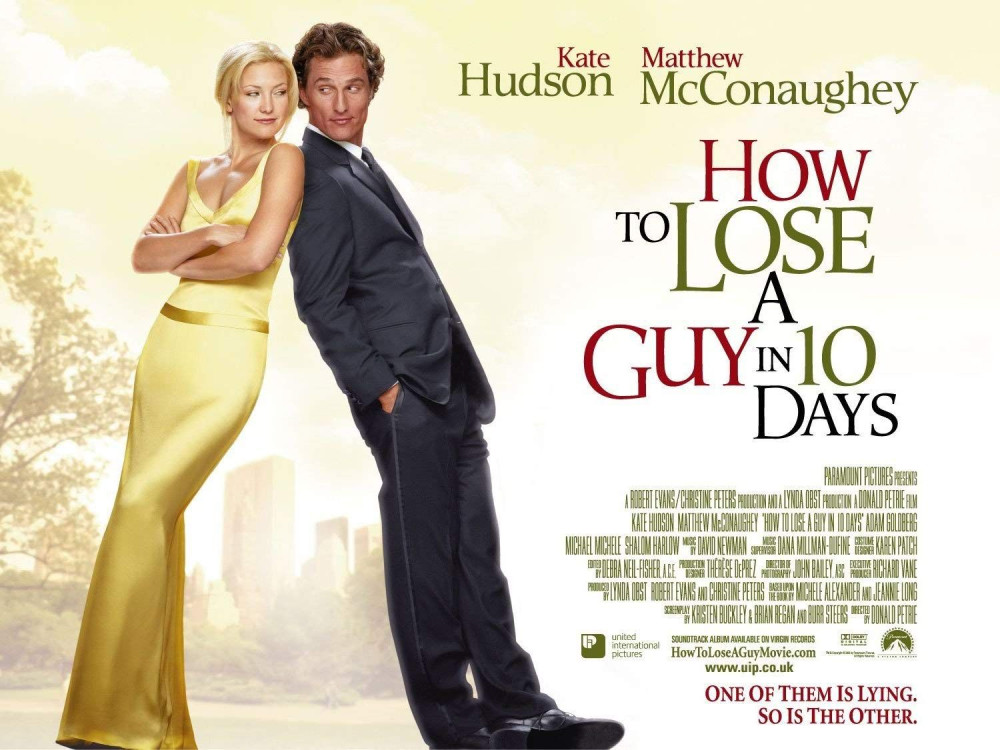 I agree with Bunch for the most part...but what irks me is when "chick flicks" and "romantic comedies" (or its more recent abbreviation, "rom-coms") are employed interchangeably or placed in an inappropriate context. 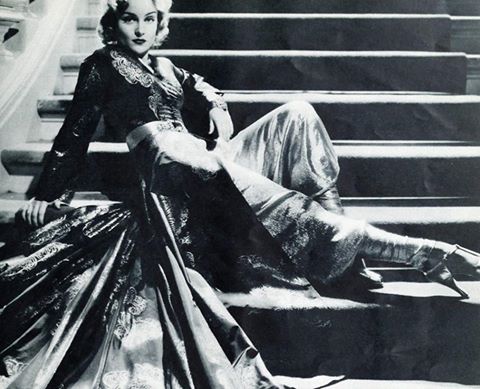 Figuratively zap yourself back to the 1930s and call "The Princess Comes Across" or "My Man Godfrey" a "chick flick." Not only would people look at you strangely, as if you were describing a smartphone decades before their invention, but the description itself would be incorrect. Those two films were designed for general audiences, at a time when this almost always was the case. The greatest romantic comedy duo of the classic era -- William Powell and Myrna Loy -- weren't in the business of making "chick flicks." No one would use that term to describe the magnificently funny "Libeled Lady": 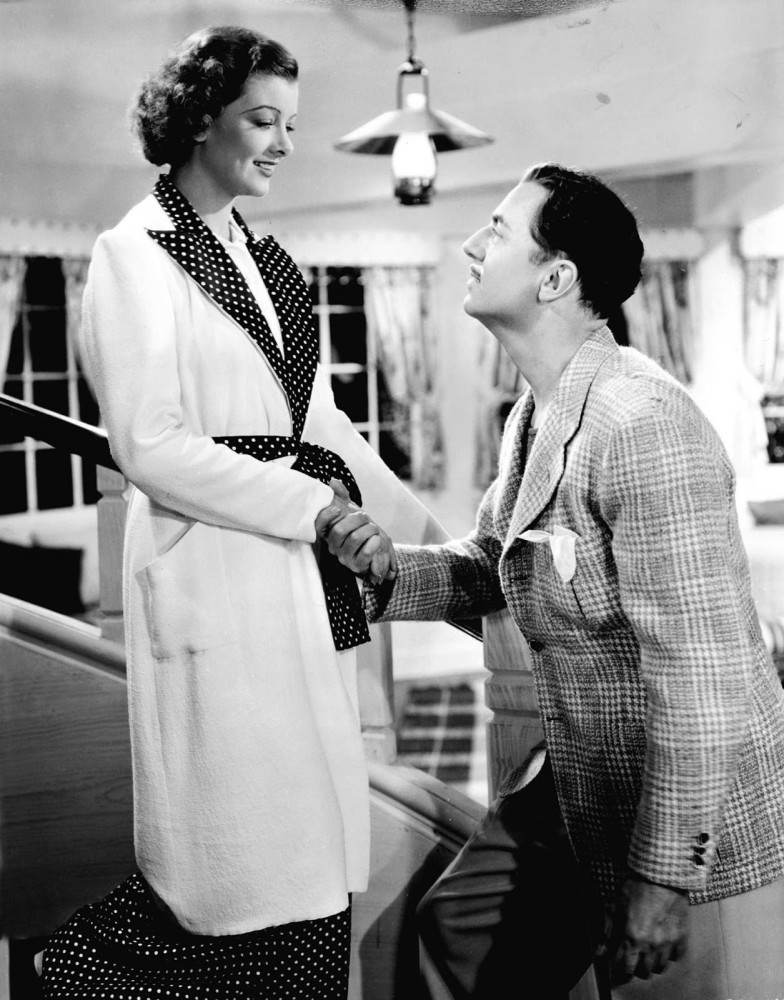 Bunch says movie fans should "Reclaim the slur! Use it to proclaim your love for 'Mean Girls' and 'The Devil Wears Prada' and 'Baby Mama.' No one can tell you what you can and cannot like." 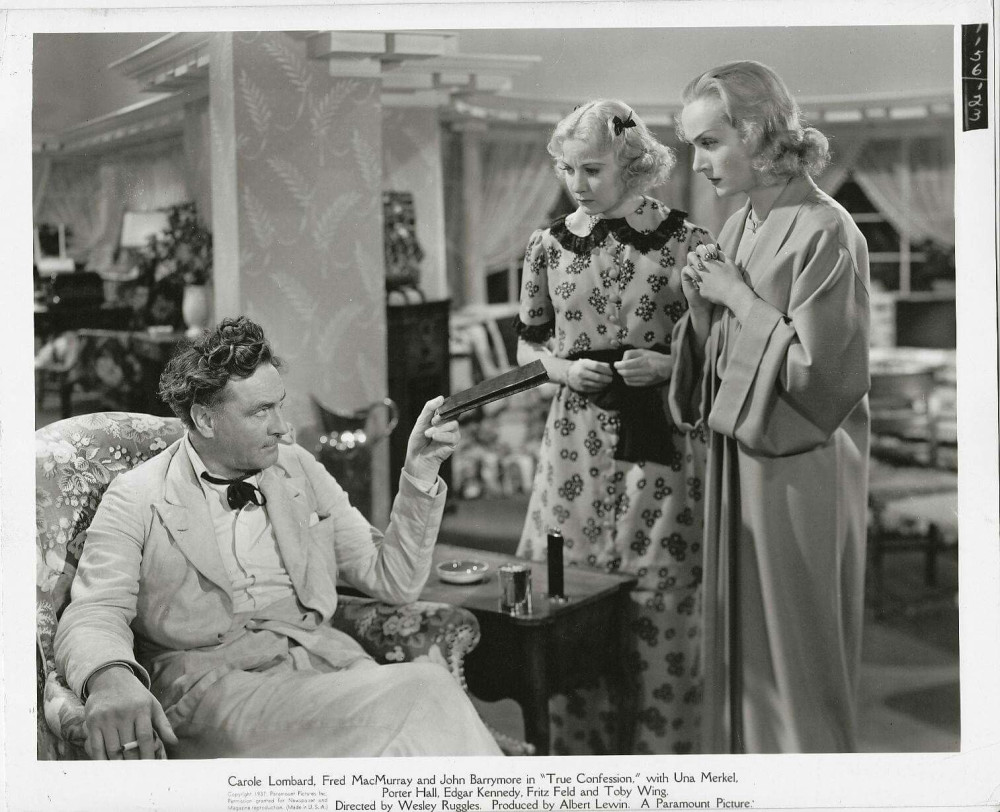