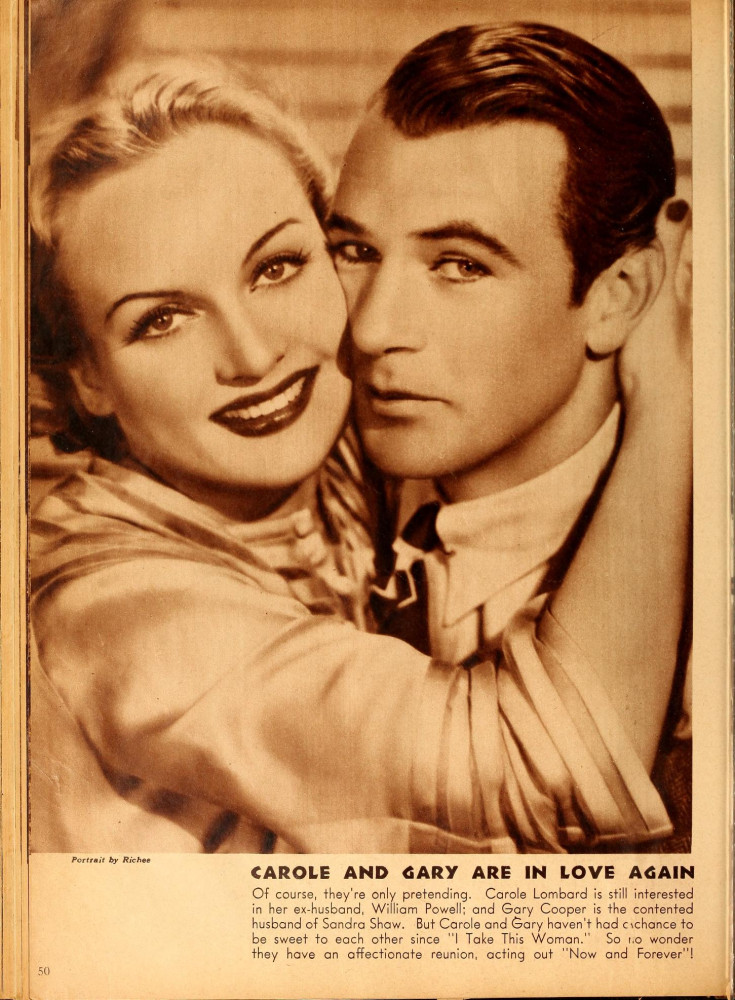 "Now And Forever," issued in late summer 1934, marked Carole Lombard's second and last collaboration with Gary Cooper. The pair thus was placed on the cover of that September's Shadoplay, Photoplay's low-budget cousin. 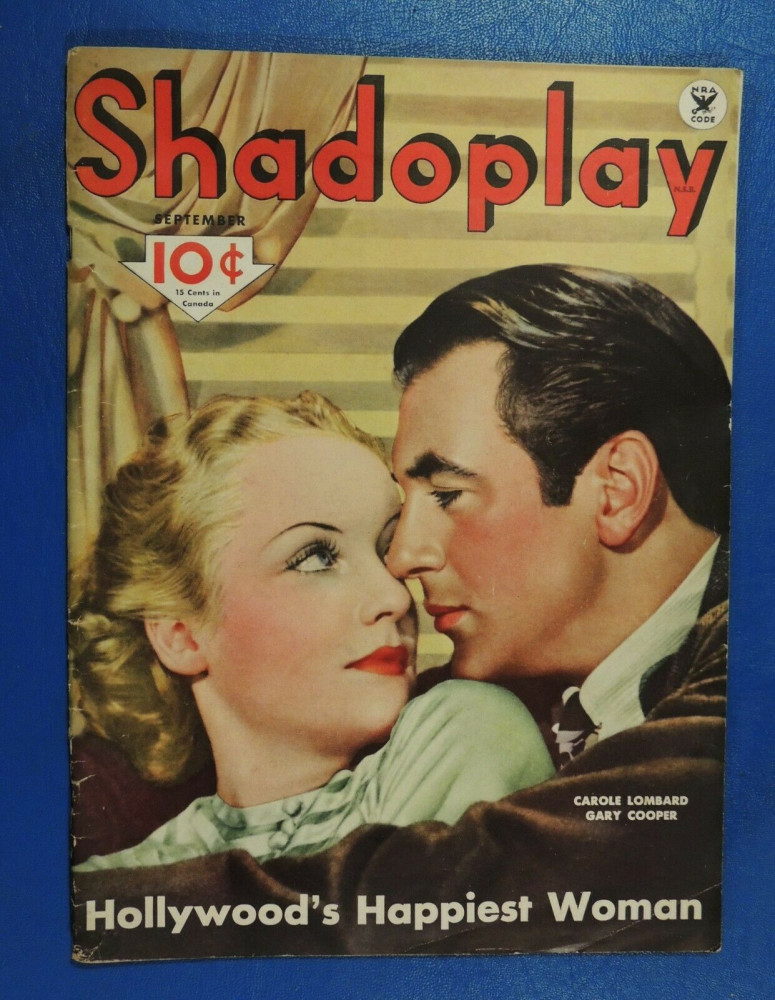 The cover is the only illustration provided (according to the seller, three pages are partially missing), but more than five years ago a September 1934 Shadoplay was an eBay item, and that seller provided plenty of inside pages (https://carole-and-co.livejournal.com/666154.html). Two revealed the identity of "Hollywood's Happiest Woman" -- none other than the wonderful Joan Blondell: 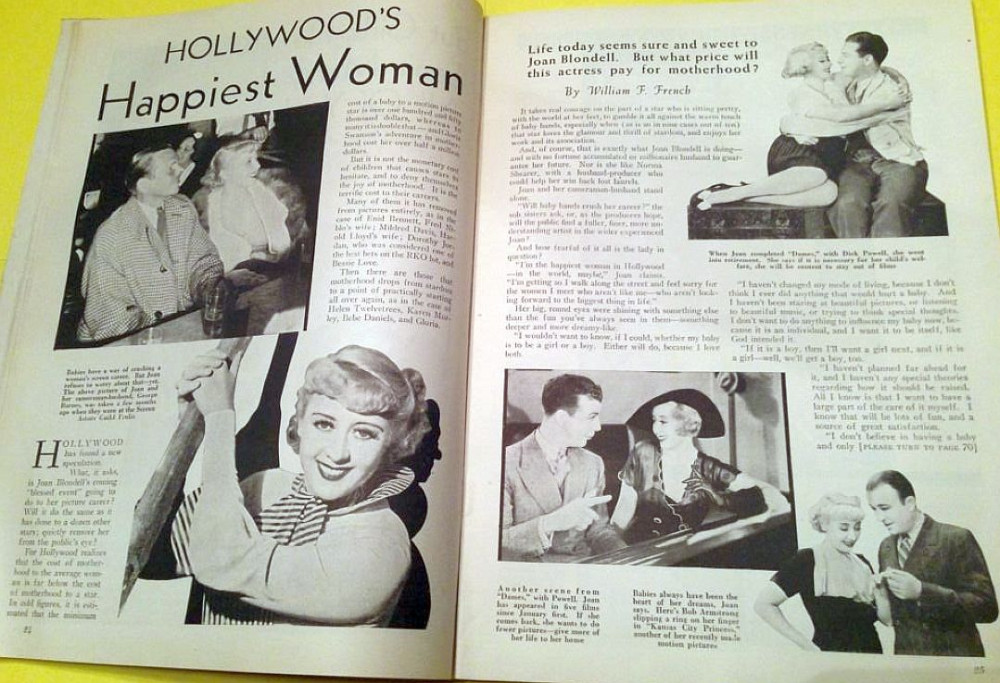 Dorothy Dell, who died in an auto accident that summer while still in her teens, had been interviewed not long before: 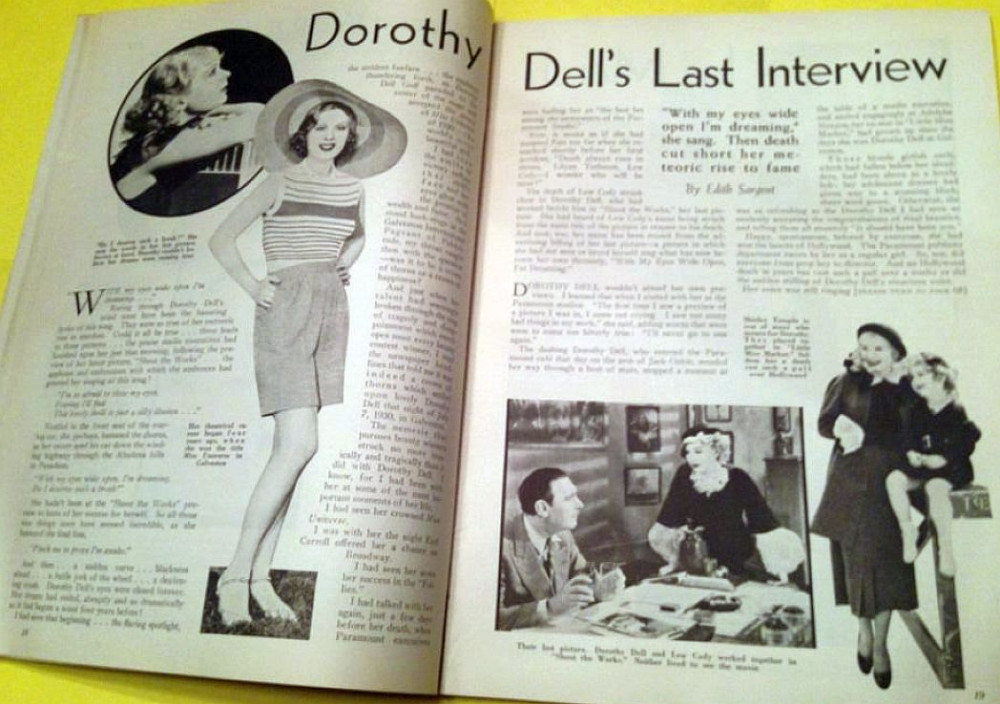 That issue's table of contents is opposite an ad for the Clark Gable-Joan Crawford romance "Chained": 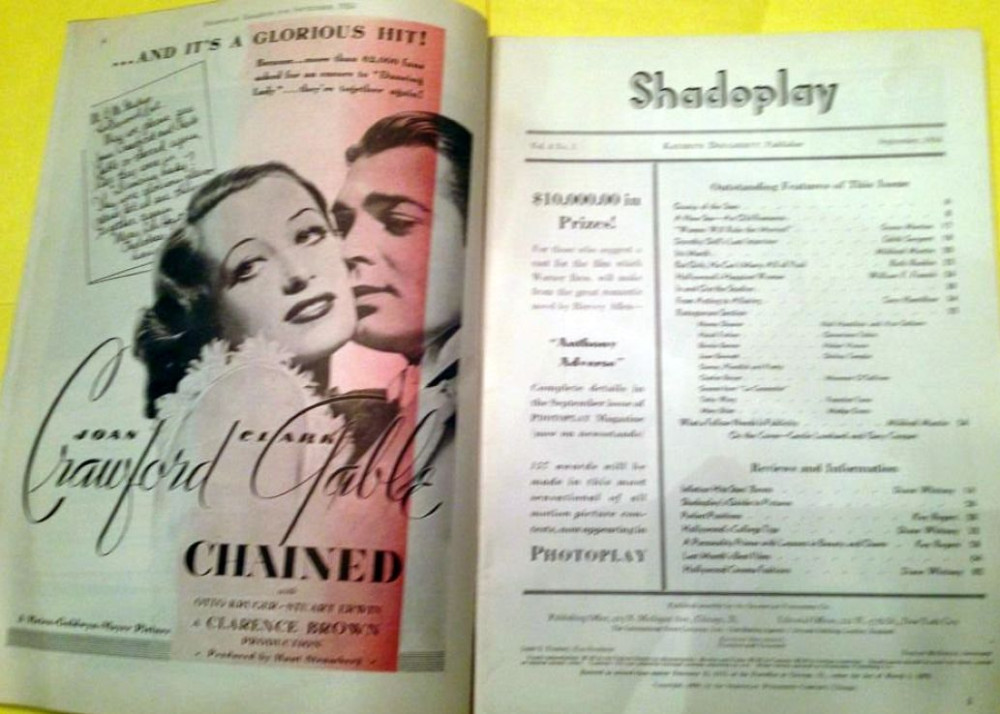 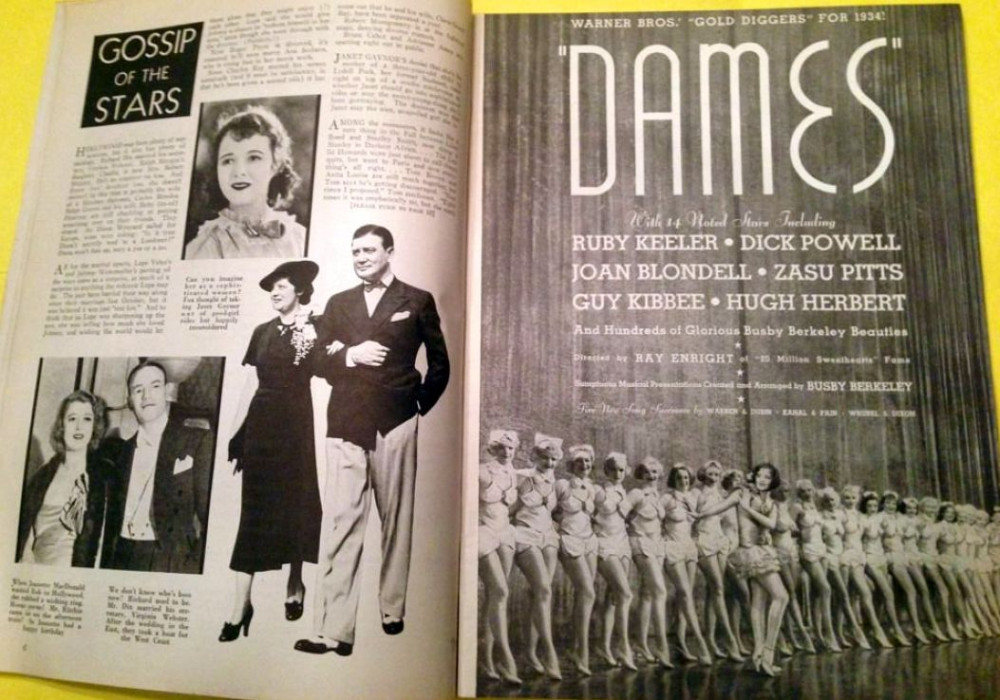 ...while another promotes Claudette Colbert's original "Imitation Of Life": 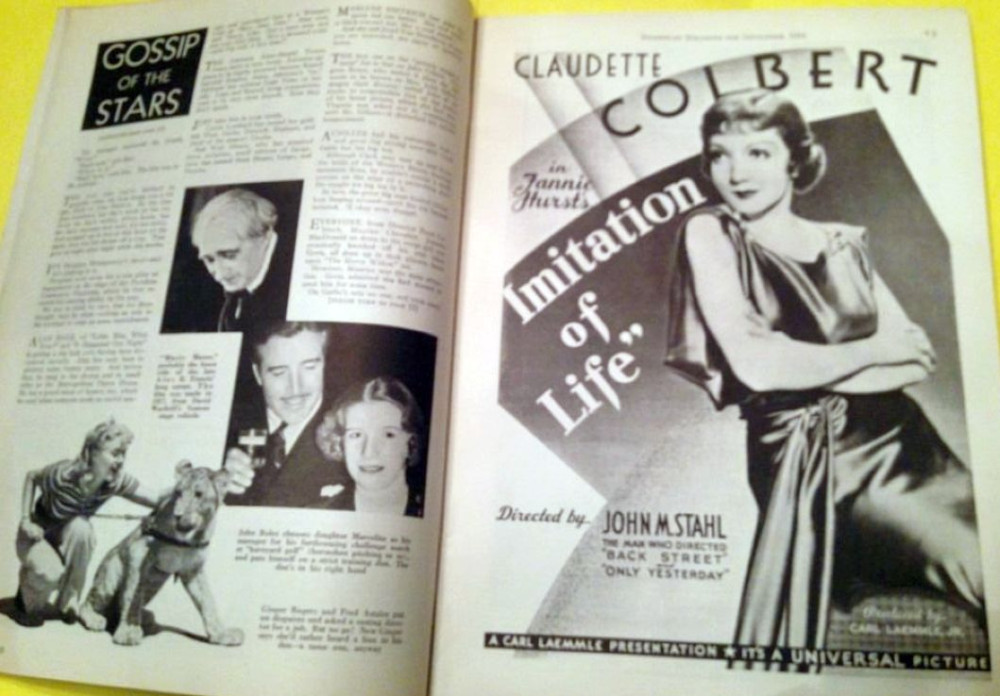 A potpourri of pages was also included, which featured a Jean Harlow ad for Max Factor: 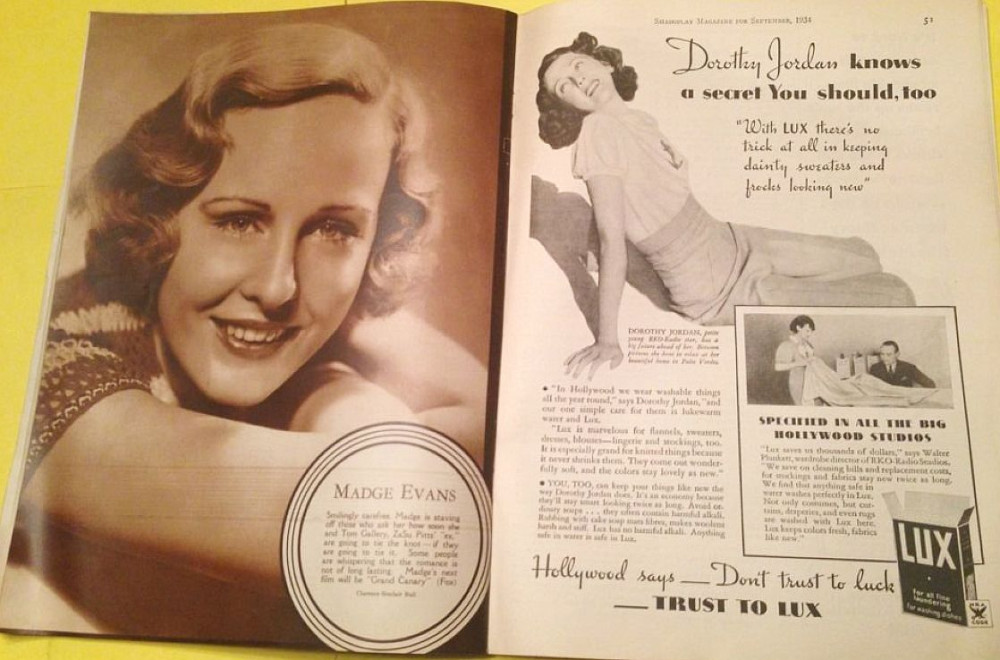 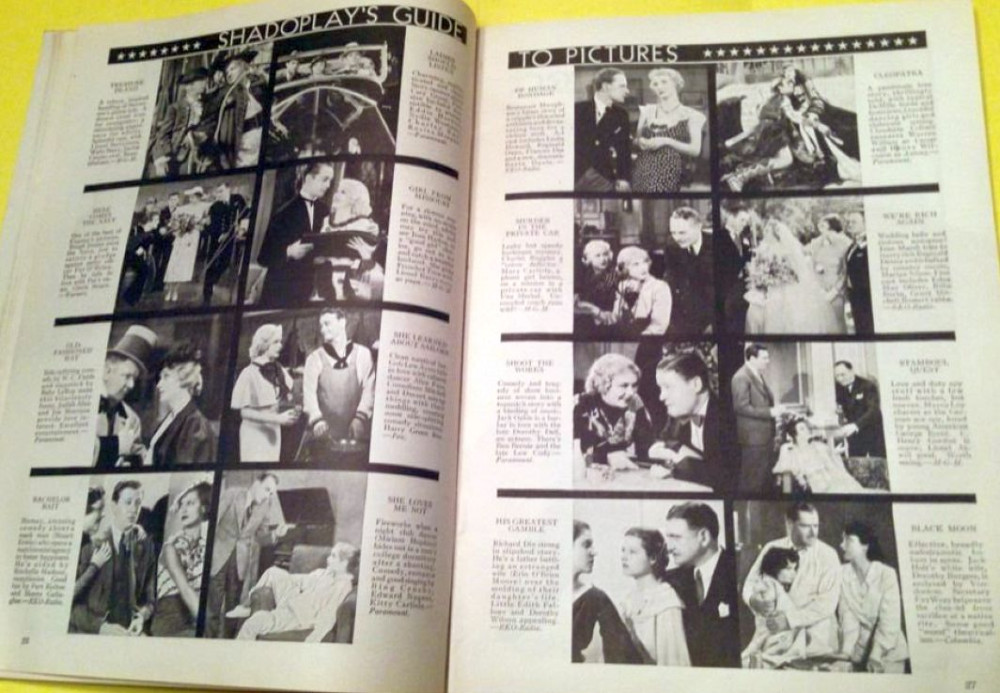 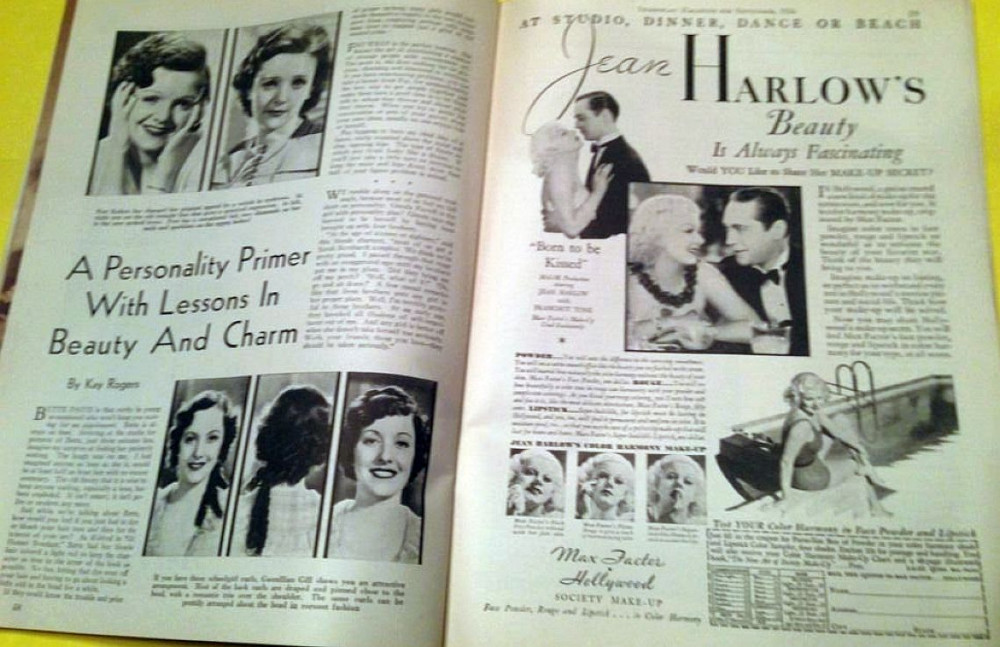 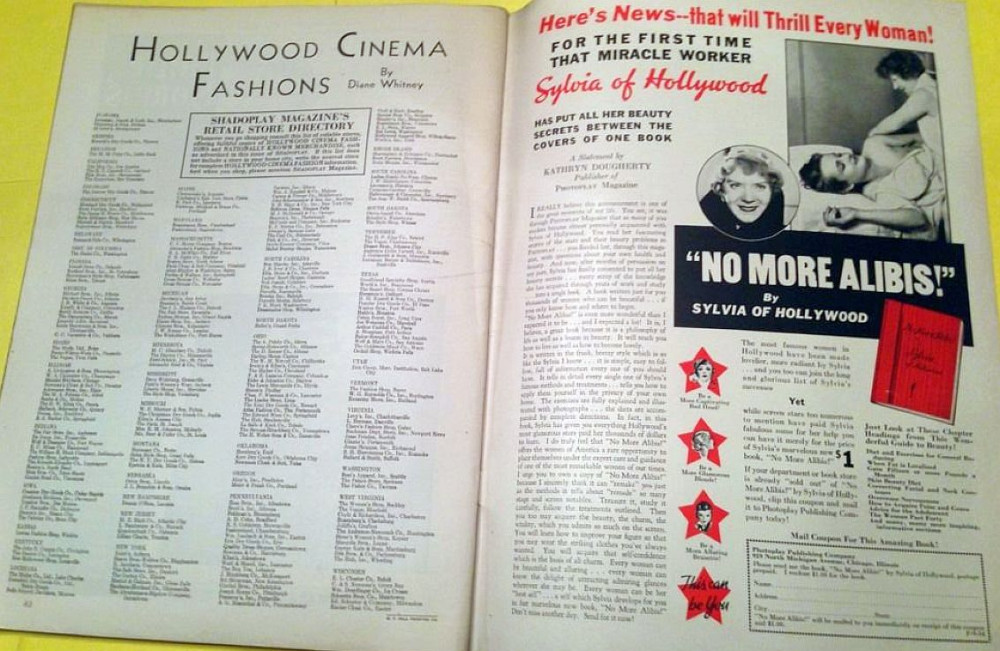 I'm not sure what this issue ultimately sold for in 2014 (it apparently was in complete condition), but bids began at $40. This one, in very good condition but with three pages partially missing, is on sale for $29.95. Learn more at https://www.ebay.com/itm/Vintage-1934-Shadoplay-magazine-Gary-Cooper-Carole-Lombard-FREE-SHIPPING/401750913810?hash=item5d8a387312:g:72MAAOSwcHRctlUS.
Collapse