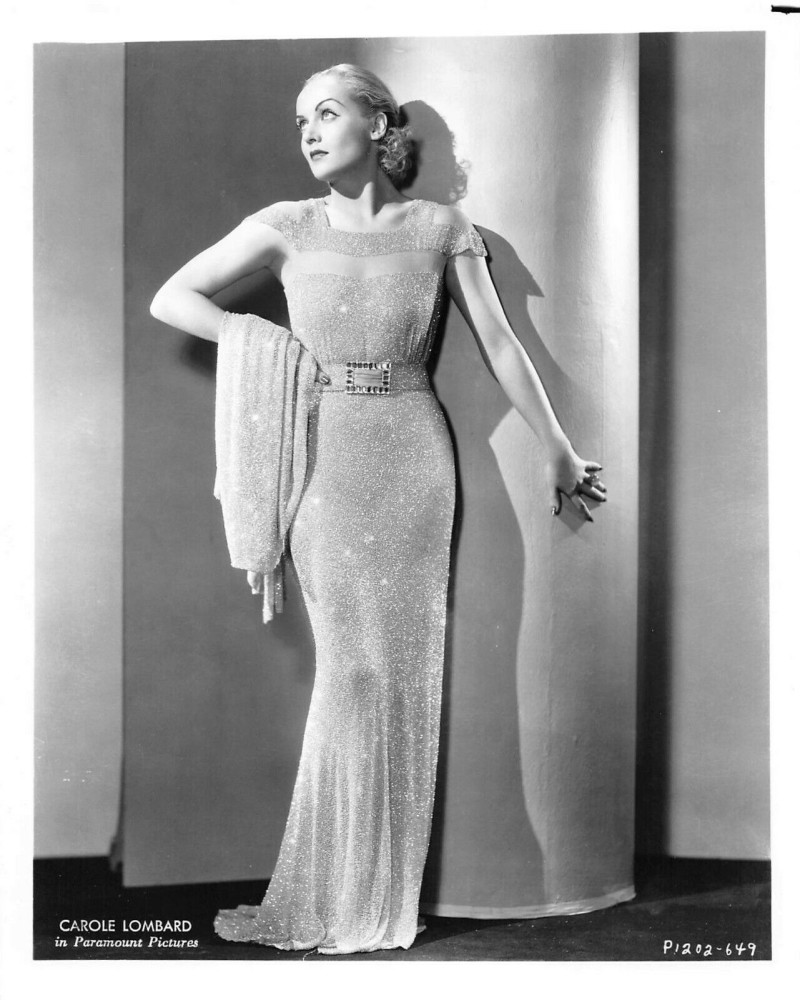 This is Carole Lombard in Paramount p1202-649, taken during 1933 when she was better known for what she wore (and how she wore it) than for any inherent acting ability (although glimpses of the greatness to come already were evident in films such as "Virtue," "No More Orchids" and "No Man Of Her Own").

Nevertheless, one was more likely to find the '33 Lombard in ill-suited studio fare such as "Supernatural" (below) or "White Woman." That may explain her resigned appearance above, an early version of Elvis Costello's cynical line "I used to be disgusted, now I try to be amused." Yet Carole certainly fills out that glittery gown beautifully, doesn't she? 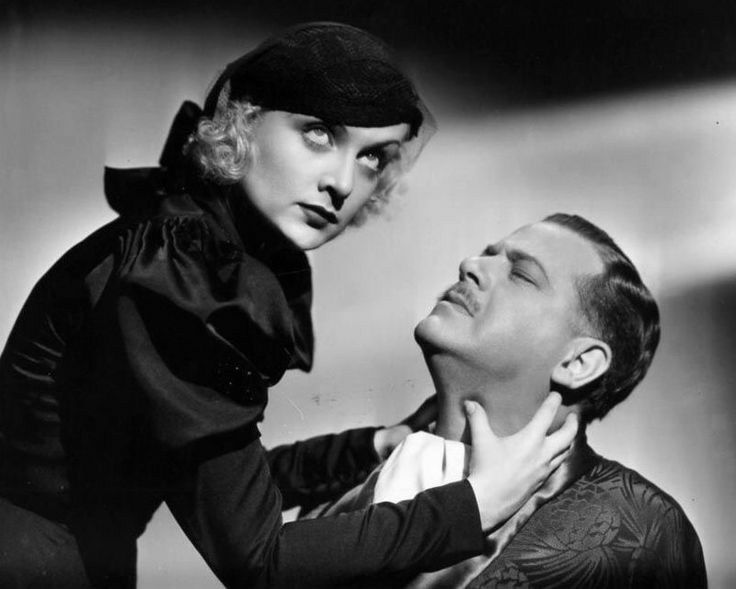