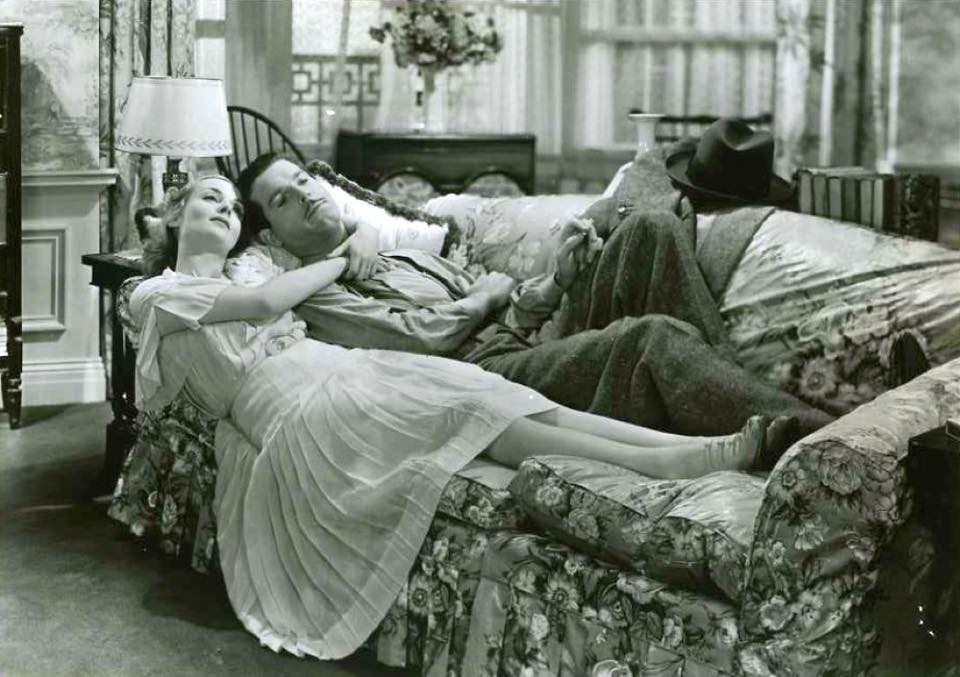 Carole Lombard's final film for Paramount, "True Confession," was thus named in order to be similar to the popular magazine of that era, True Confessions. In fact, an ersatz version of the mag was created for promotional purposes: 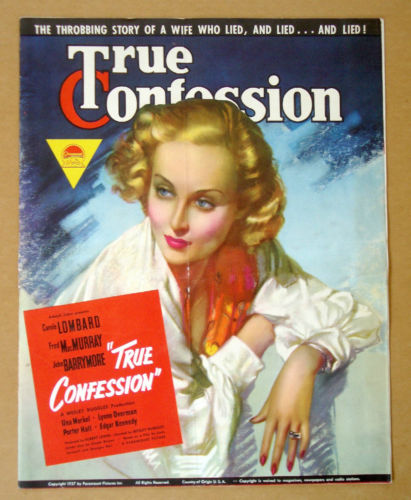 Apparently another tie-in was to have Lombard appear on an actual True Confessions cover, something she'd done in the past, such as in August 1934 (https://carole-and-co.livejournal.com/806653.html)... 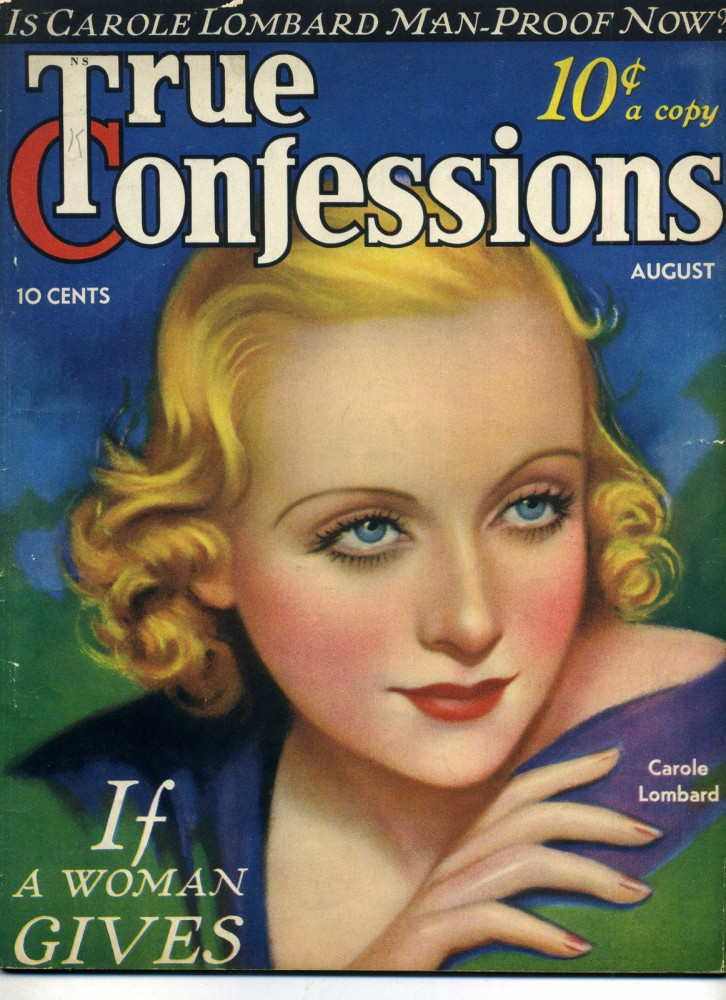 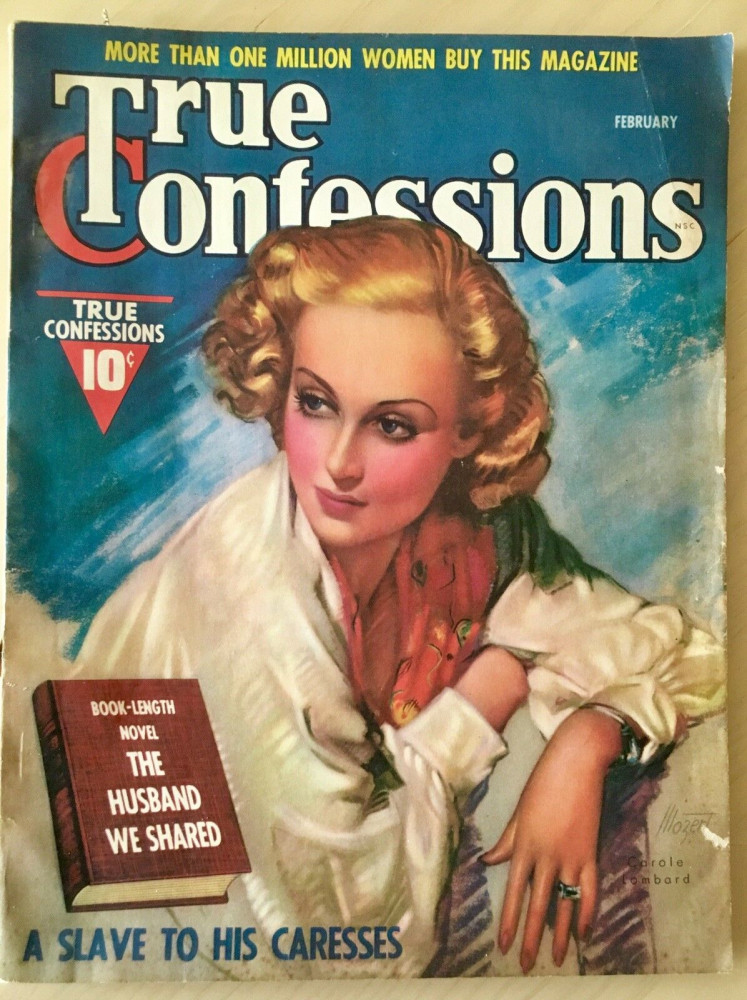 But the stories that accompany her image have nothing to do with Carole's character, the fictional Helen Bartlett. They were part of True Confessions' stock in trade, lurid, sensational stories -- reality TV a la Jerry Springer and Maury Povich several decades beforehand. That issue's table of contents lists them in full: 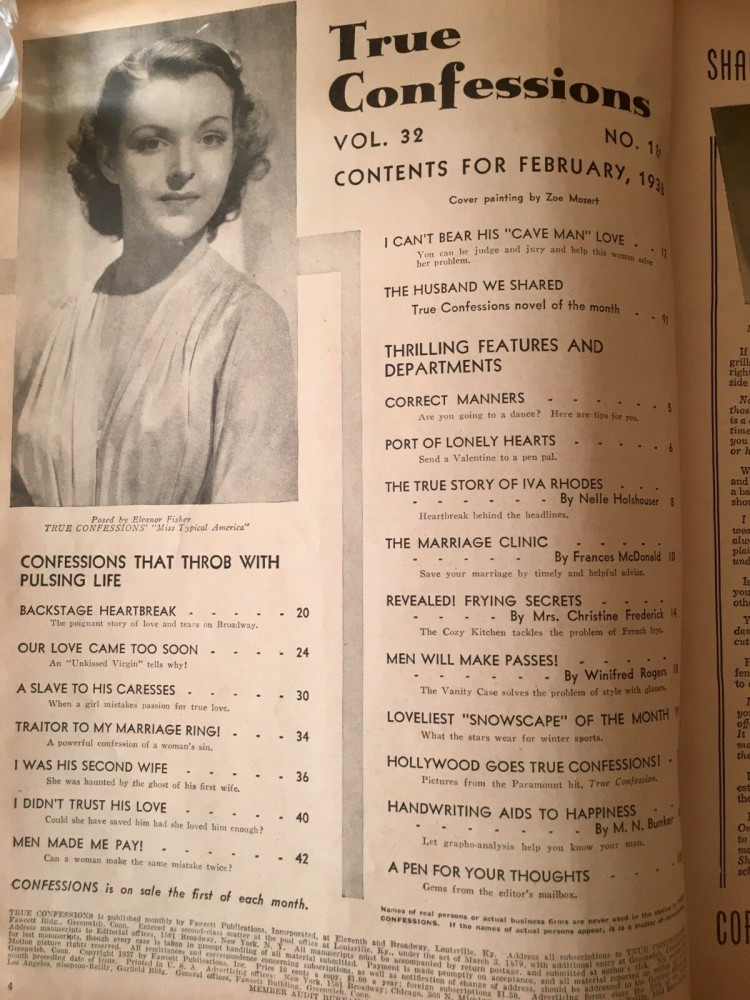 The woman on that page is Eleanor Fisher, who won a contest as "Miss Typical America" and received a small speaking role in the film -- her only movie credit.

Here are three of the stories...first, "A Slave To His Caresses": 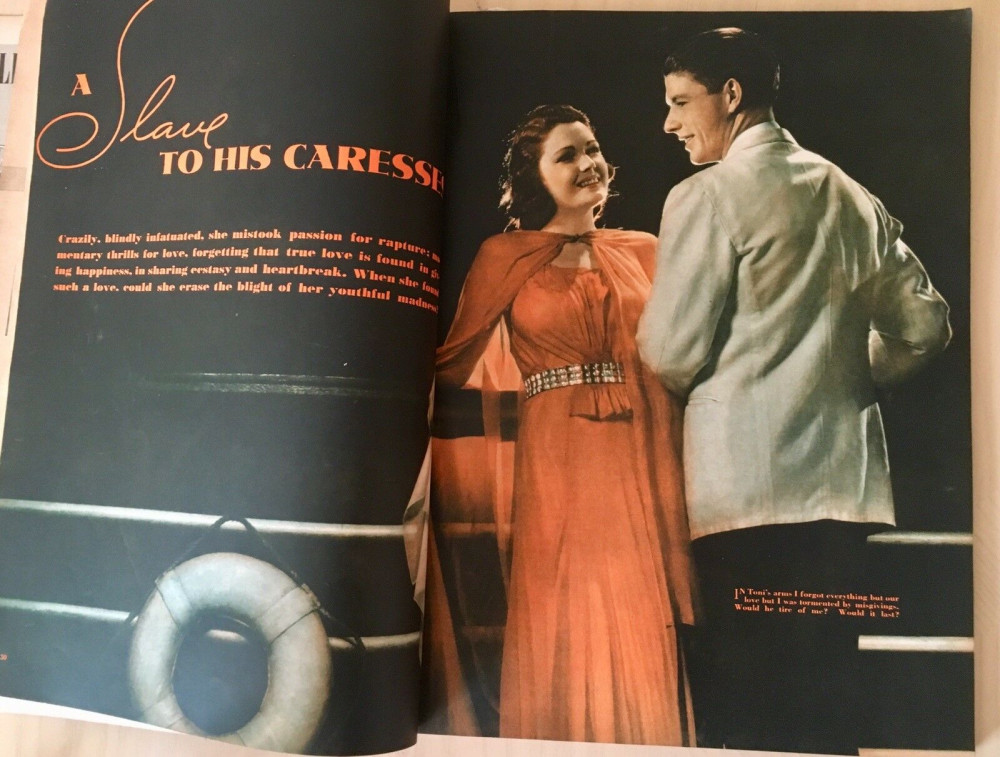 Then, "The Husband We Shared": 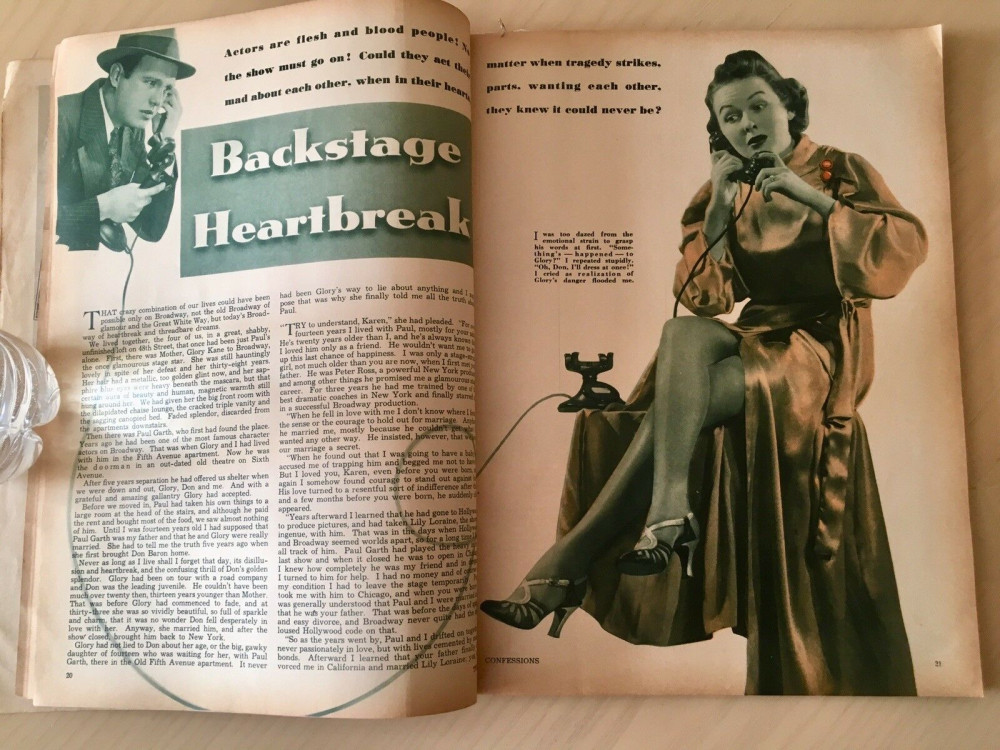 Carole wasn't the only film star in that issue. Here are Warners' Marie Wilson and Jane Wyman: 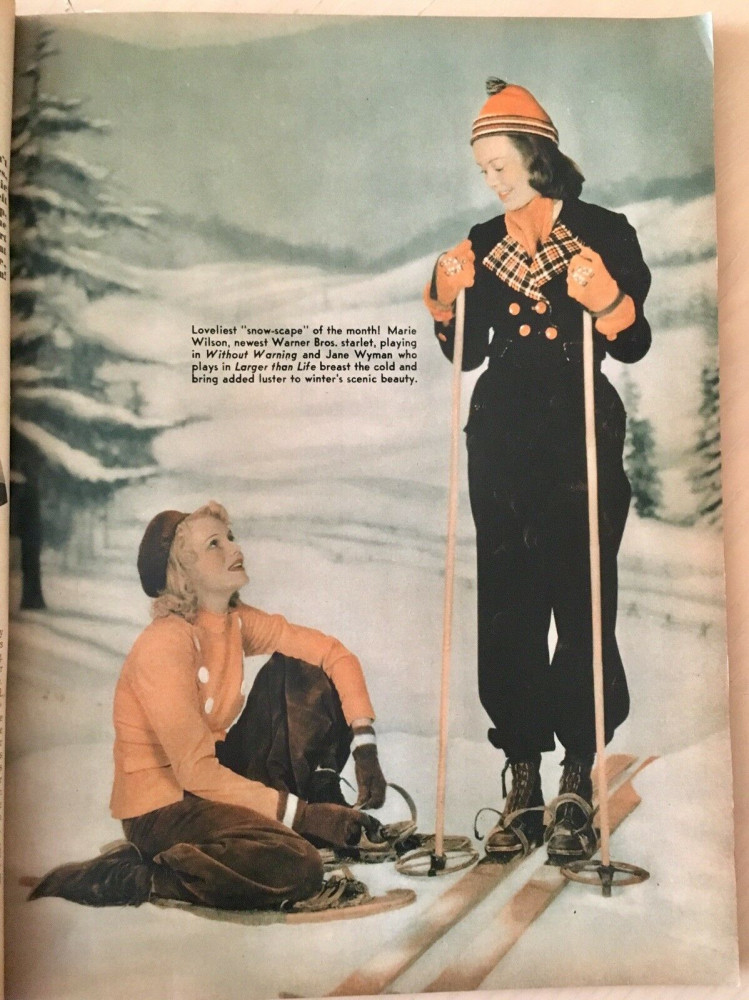 The issue is on sale at eBay. A glimpse of its spine shows it's in good condition: 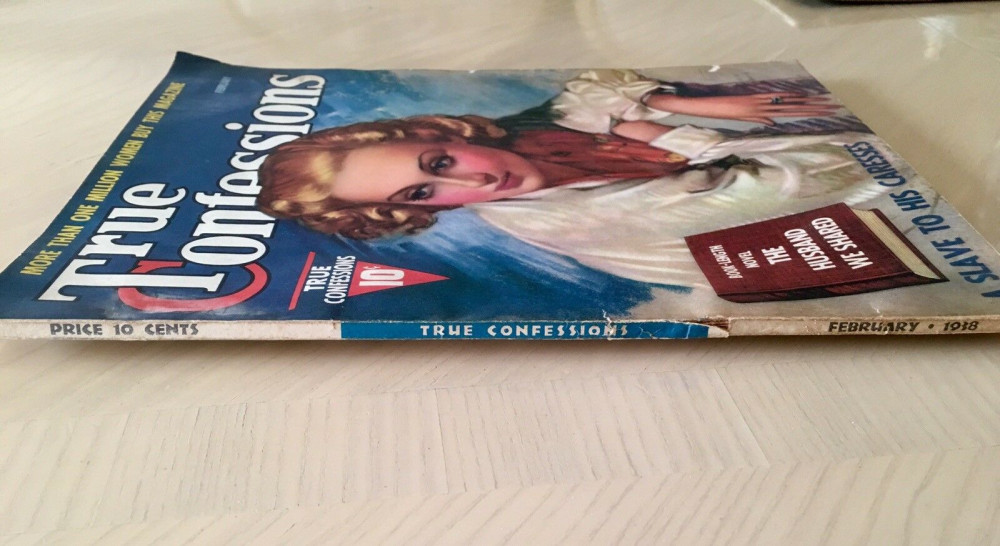 And here's a close-up of the Lombard cover portrait: 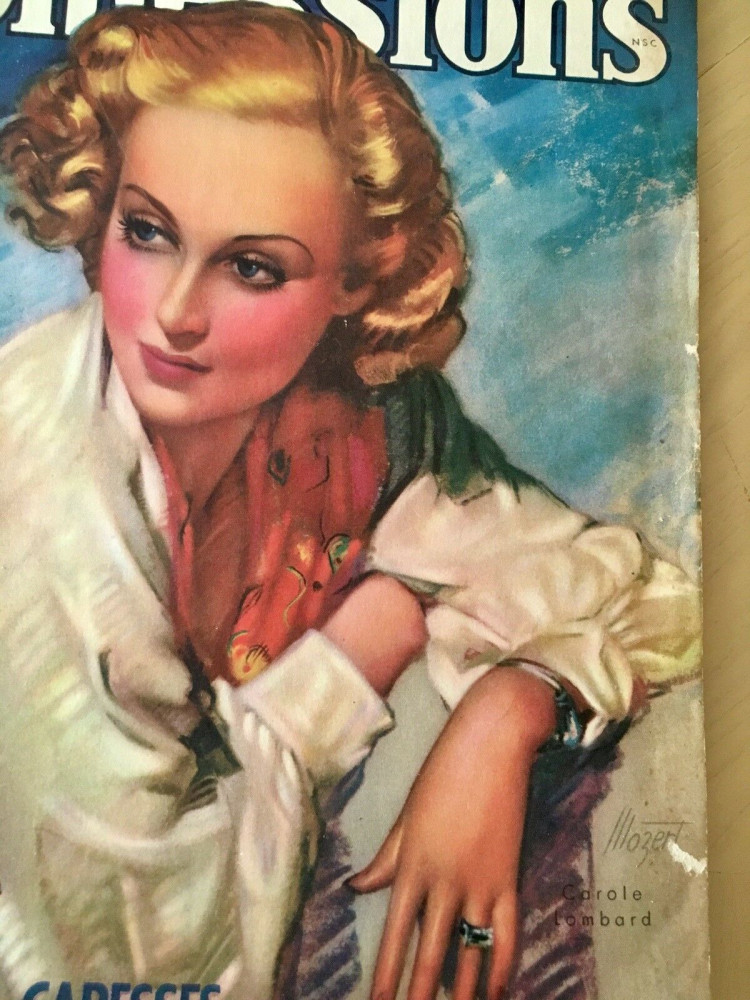 The issue sells for $15.99. If you're into old-school pulp fiction that has nothing to do with Quentin Tarantino, this might be right up your alley. Buy or find out more at https://www.ebay.com/itm/True-Confessions-Magazine-2-38-Carole-Lombard-Cover-Romantic-Passion-Pulp/254186752825?hash=item3b2eb60b39:g:1TgAAOSw7StcUMN0.
Collapse