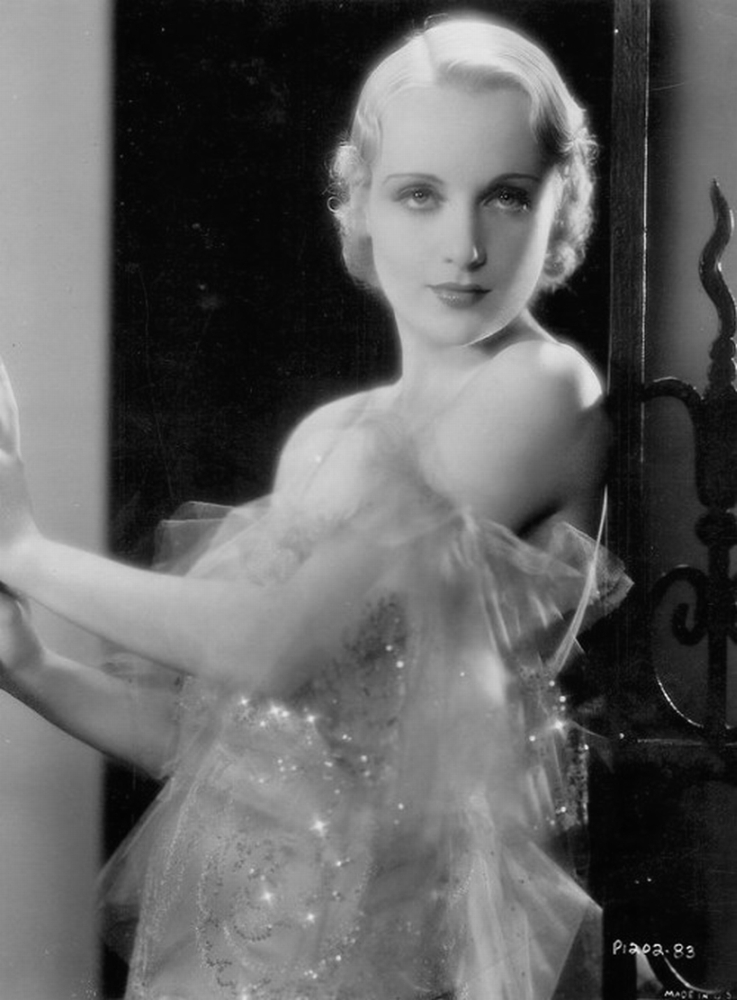 For Carole Lombard, the first few months of 1931 were a whirlwind.

It's no secret that the early 1930s, before the Screen Actors Guild gained power, were grueling for actors. (Think of Joan Blondell, who appeared in thirty-five films -- some as a star, others in supporting or bit parts -- between 1931 and 1933.) Lombard underwent a similar mini-stretch from the fall of 1930 to mid-1931, when she was the female lead in five films, two of them with future husband William Powell.

Among this quintet was a romantic comedy titled "Up Pops The Devil" (https://carole-and-co.livejournal.com/935602.html), Carole's second go-round with Norman Foster. 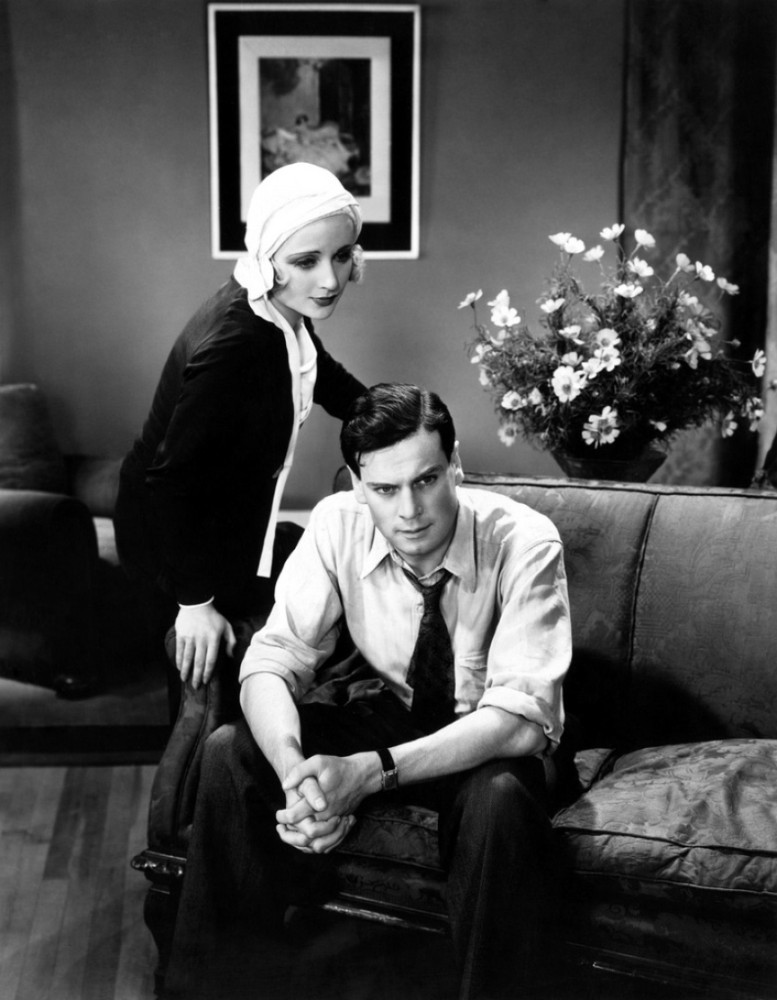 This tale of a Greenwich Village housewife who becomes a dancer after her husband quits his job to focus on writing the great American novel is rarely revived some 88 years later. "Up Pops The Devil" has never had an official DVD issue, though it can be found on YouTube.

And another item related to the film (actually, two) is for sale at eBay. 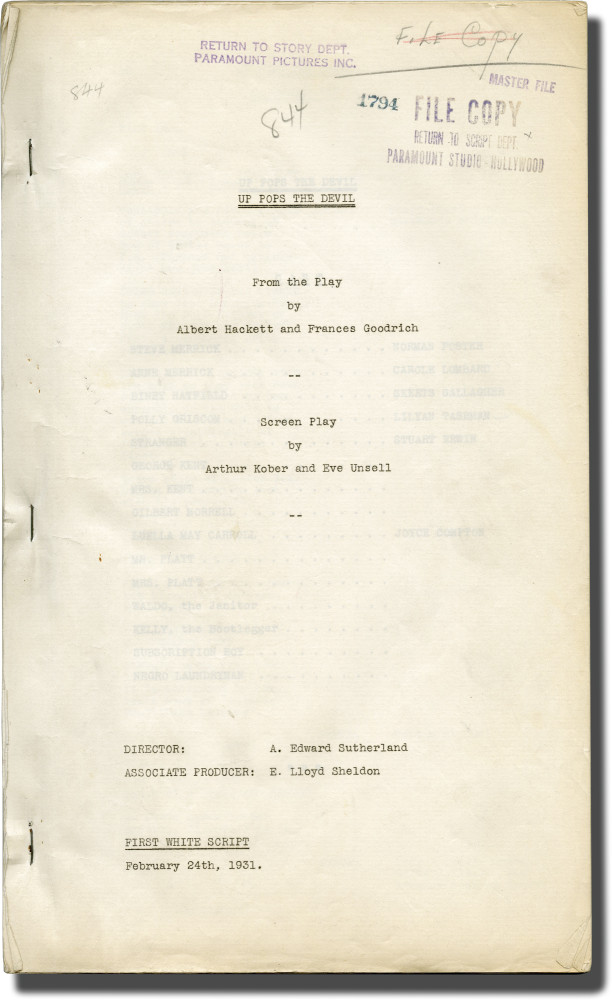 This is called the "first white copy" of the script, which derives from pretty good stock (the story, not the paper used). It's from a play written by Frances Goodrich and Albert Hackett, later creators of many renowned screenplays. It's dated Feb. 24,1931, about three months before it premiered in theaters.

The script, whose pages are in near fine condition, is accompanied by this pic of Lombard and Lilyan Tashman, one of that era's "fashion plates." 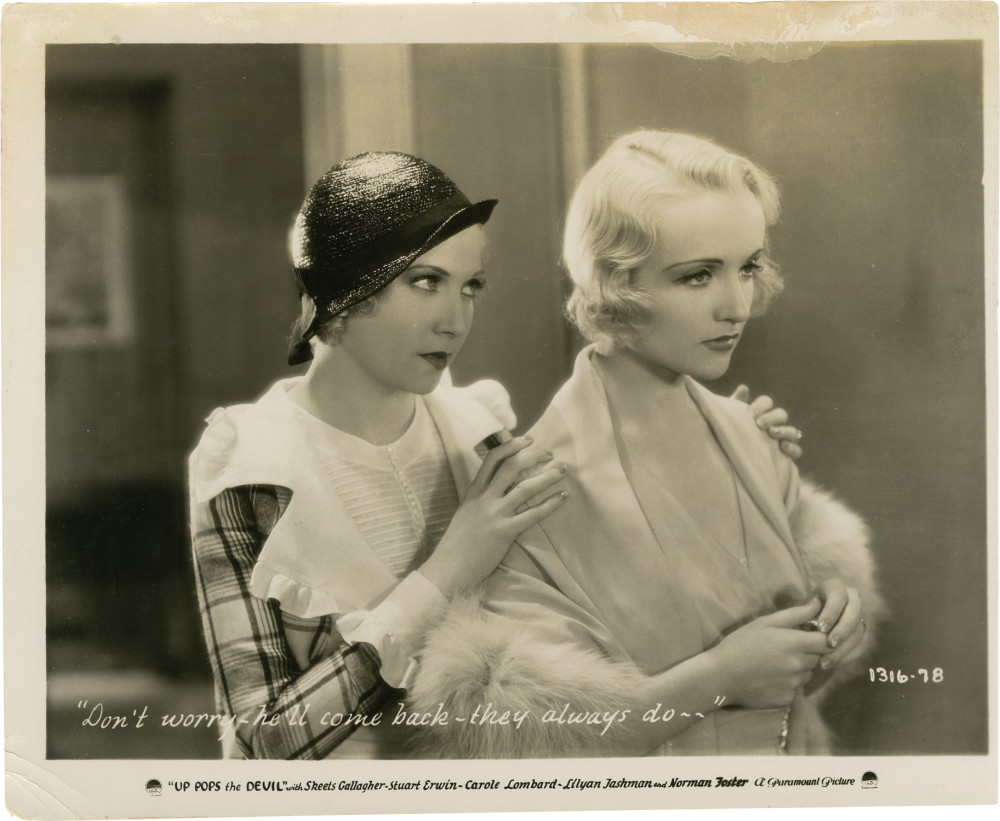 Little-remembered today, the willowy blonde Tashman made many good movies, including Ernst Lubitsch's "So This Is Paris," "Girls About Town" and "Riptide." She lived lavishly, fell ill to cancer and died in March 1934 at age 37.

The screenplay and pic won't come cheaply; the tandem goes for $2,500 (although you can make an offer). Remember, the script is from a Lombard film, and there's no indication this item was actually in Carole's possession. Nevertheless, it's a fascinating artifact.

How did Lombard feel about such nonstop work? First, she was happy doing something she loved, especially half a decade after an automobile accident threatened to curtail her acting career for good. Second, at the beginning of 1931, the economic downturn that began with the stock market crash in October 1929 deteriorated into a global depression. Carole's ethereal beauty and studious nature of the movie industry proved a godsend for her at a difficult period in American history.
Collapse