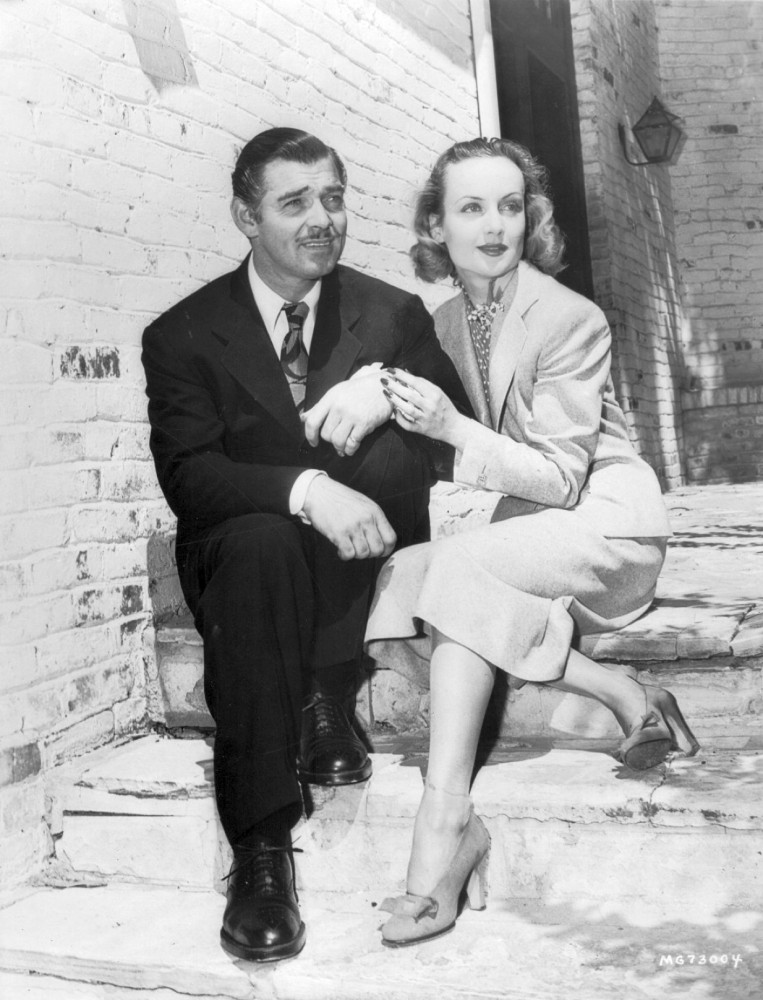 The somewhat secretive nature of the relationship between Carole Lombard and Clark Gable may explain why no photos exist from their wedding ceremony of March 29, 1939. (The photo above was taken the following day, when the couple met reporters.)

* First, they exchanged vows in Kingman, Ariz., far from the hubbub of Hollywood. (And much of the film colony and its press corps was up the coast in San Francisco, attending the premiere of "The Story Of Alexander Graham Bell.")

* Second, only a handful of people knew about their plans, including Clark's publicist and close friend Otto Winkler -- a later victim of the 1942 air accident that claimed the lives of Lombard and her mother. In fact, he helped drive the bride and groom to and from Kingman.

So while nearly everyone expected Clark and Carole to swap vows after Ria Langham agreed to divorce him, this particular time caught nearly everyone by surprise. It was front-page news for most U.S. papers.

Find proof on that day's front of one of America's best statewide dailies, the Des Moines Register: 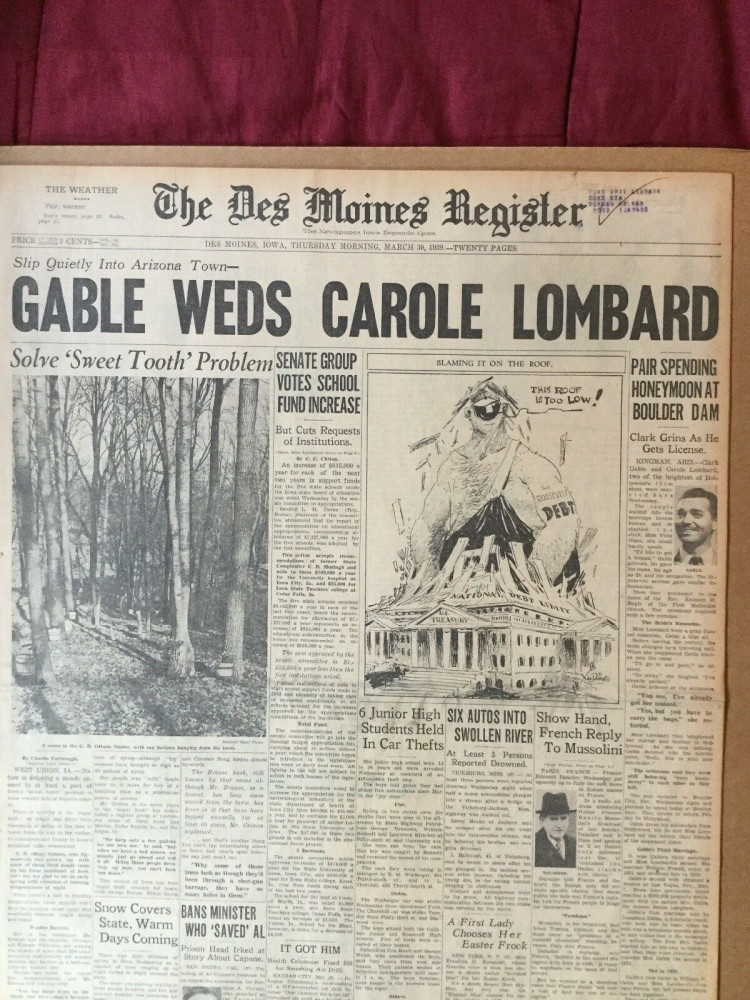 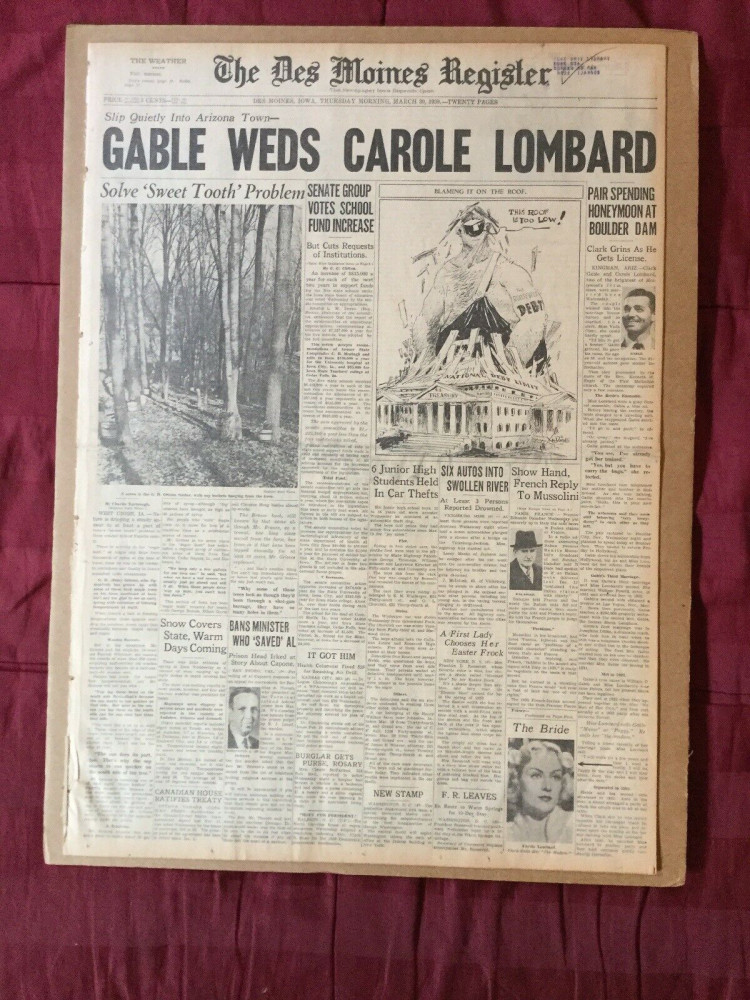 There's a pic of Carole in the lower right-hand corner: 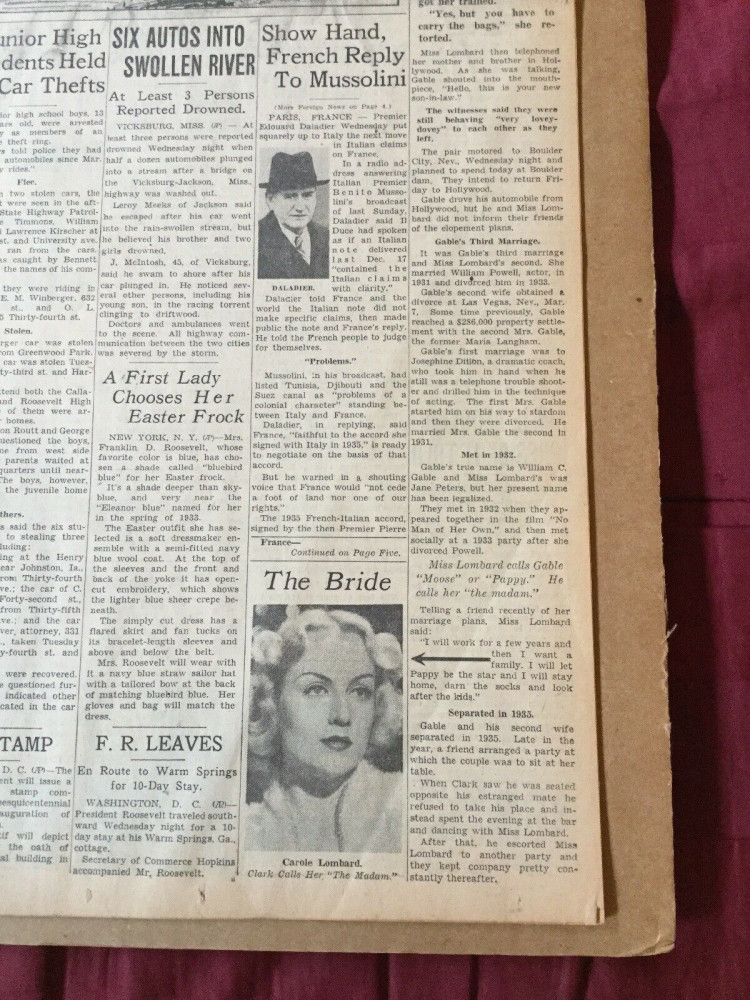 And here's the lower left corner: The Register reached all of Iowa's 99 counties -- prime reading material for many farmers who read it to discover economic trends that could affect agriculture -- and was renowned for its thorough coverage. Its publishing empire included Look magazine and other publications.

A few decades later it was bought by Gannett, which owned several other Iowa dailies; there have been major staff cutbacks, an unfortunate industry trend.

This is a complete copy of that day's Register. The seller says it's in "nice and unfolded condition" -- a wonderful gift for any Lombard/Gable fan. (The 80th anniversary of their wedding is a week from Friday.) It will be "shipped protectively in cardboard and plastic."