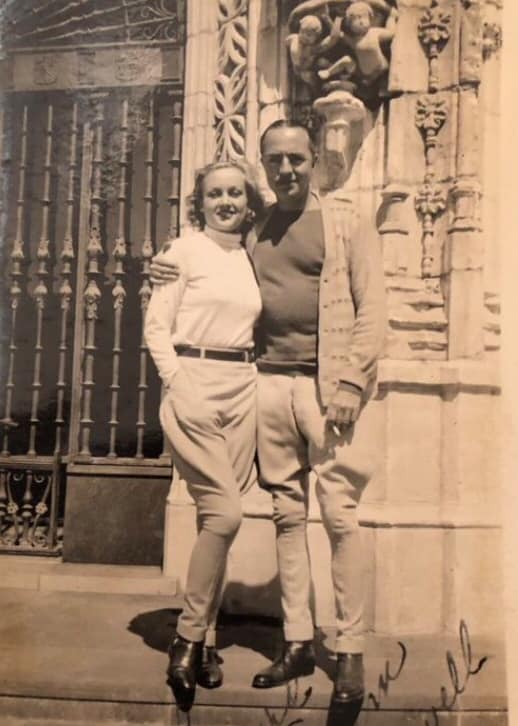 Neither Carole Lombard nor her two actor husbands, William Powell or Clark Gable, were strangers to the central California opulence in San Simeon popularly known as Hearst Castle. (Bill and Carole are shown near the main entrance in 1931.)

This year marks a milestone for the landmark, as it was 100 years ago, following the death of his mother Phoebe, that William Randolph Hearst began construction of what he called "La Cuesta Encantada," or "the enchanted hill."

His late father George built a huge empire from silver mining, and Hearst built an empire of his own through newspapers, magazines and other media (including film). By 1919, Hearst and architect Julia Morgan, designer of his Los Angeles newspaper office (https://carole-and-co.livejournal.com/931674.html), began work on the project, never the publisher's full-time home but a place where he could entertain many of the elites he knew -- whether they be from business, society or entertainment. 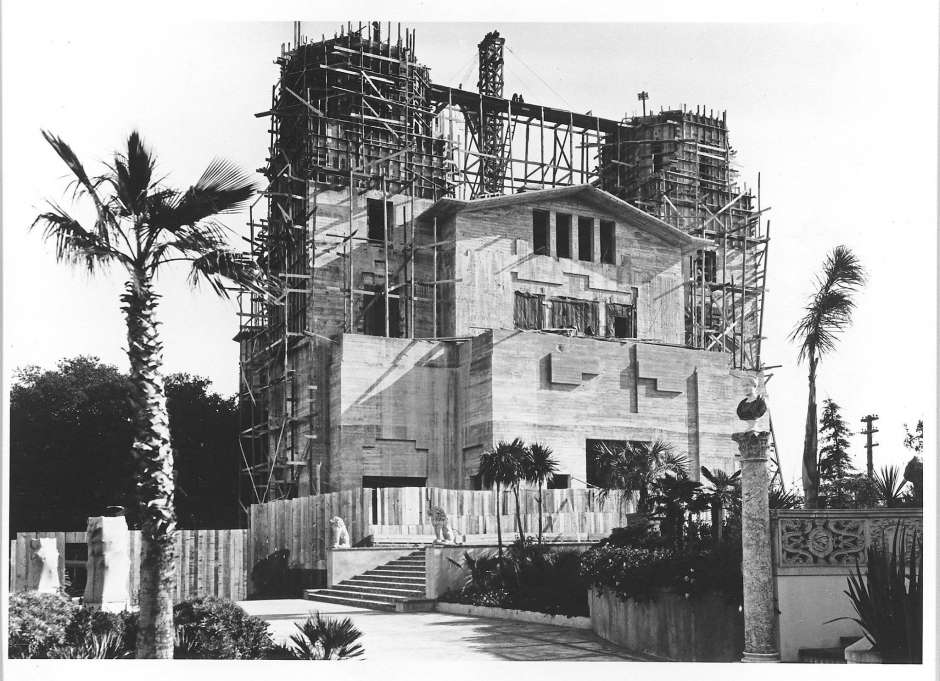 Above is Casa Grande under construction in the 1920s. Work would continue through 1947, when declining health forced Hearst to leave his castle. 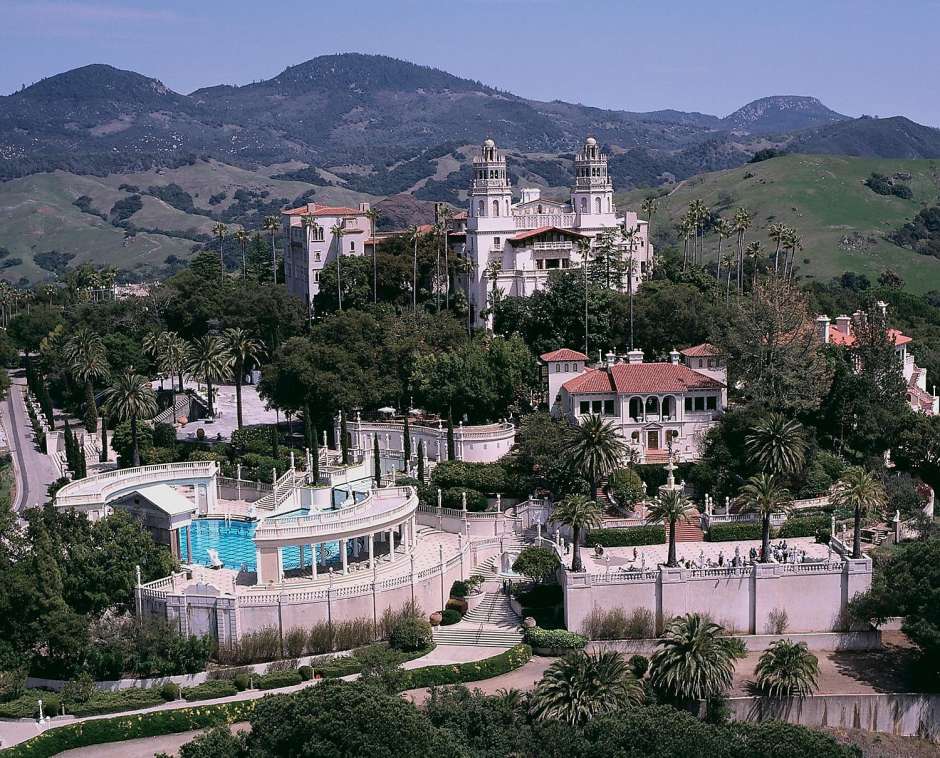 Hearst died in 1951, and the family intended the complex be a gift to his beloved California. It's been a state park for more than 60 years, drawing millions of visitors (including me in June 1989). I still cherish the memory of that visit, where I took three of the four tours then offered. The architecture, the art (Hearst's taste was eclectic, to say the least), the beauty...it resonates with me nearly three decades later. 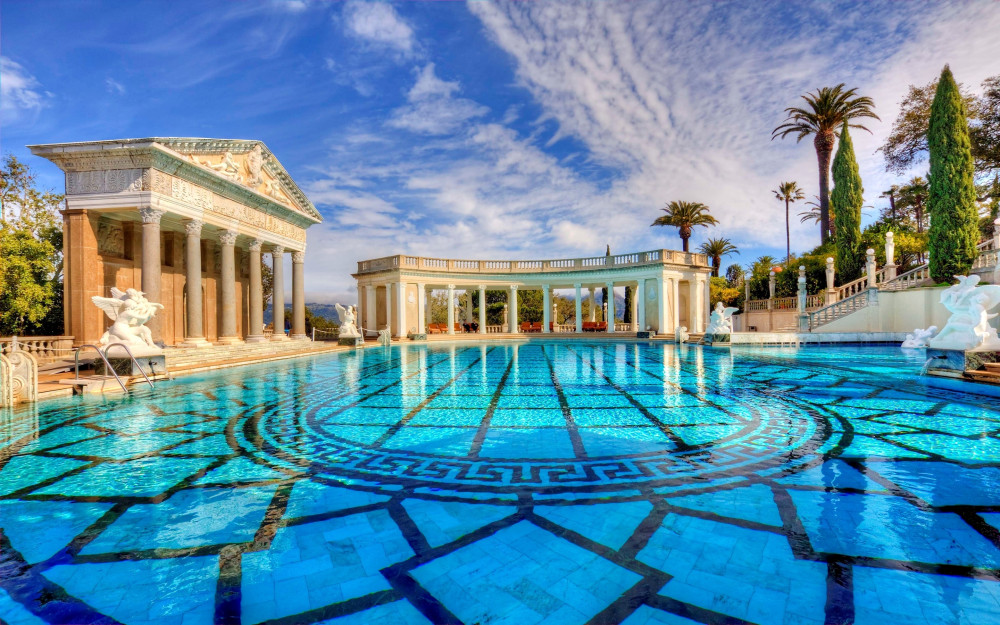 The castle has kept up with the times in these 30 years -- now, a dozen different tours are offered (some seasonally), including three designed for those in wheelchairs or who may have difficulty climbing stairs. The list and highlights from each can be found at http://hearstcastle.org/tour-hearst-castle/daily-tours/. 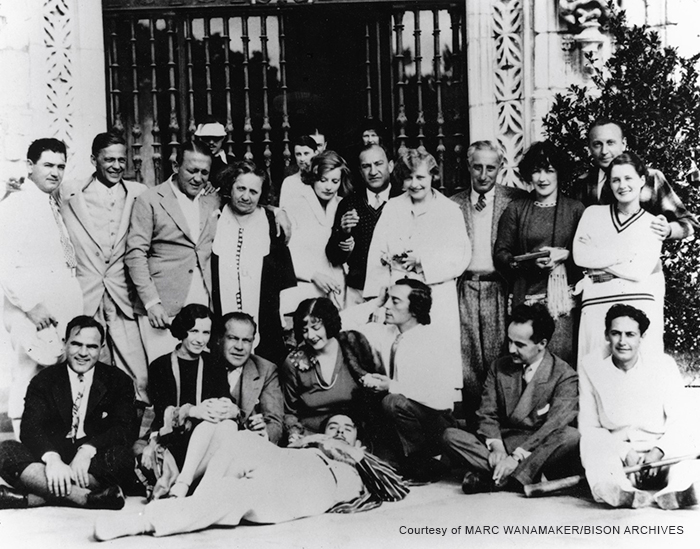 A tour I'm particularly interested in -- the "Hearst and Hollywood Tour" -- won't be offered until fall. It lasts two hours and focuses on the cinematic side of Hearst (which, contrary to popular belief, extended far beyond his star companion, Marion Davies). The theater where Hearst, Davies and other VIPs watched upcoming studio releases will certainly be part of it. 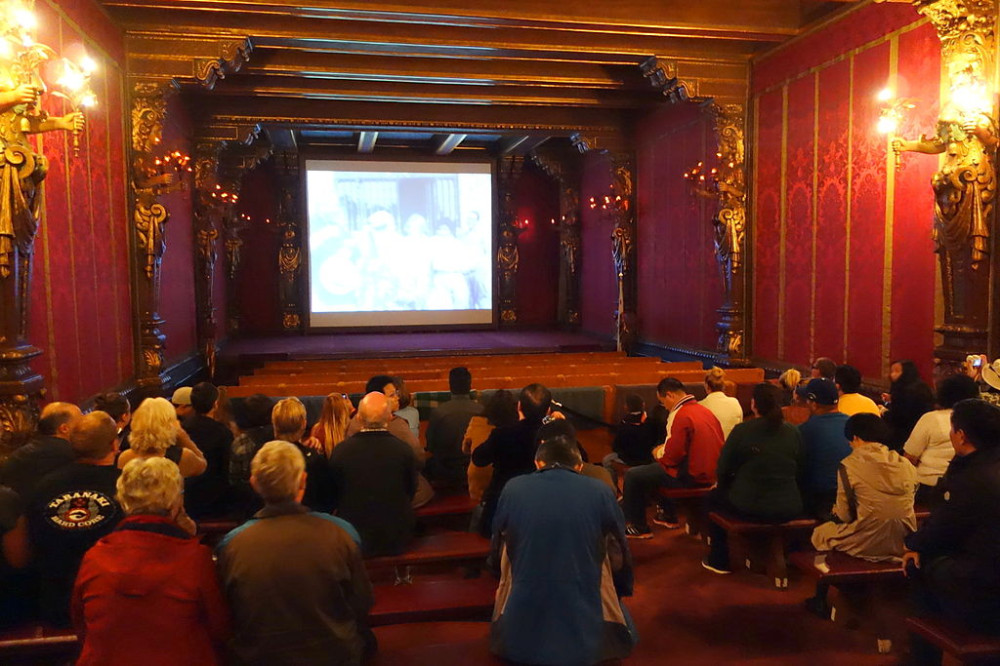 Another advantage from '89 is that visitors now can spend plenty of time on the grounds after a guided tour soaking up the atmosphere -- and there's plenty of it.

Plan your tour by visiting http://hearstcastle.org/. More on the tours, including an interview with a longtime guide, is at https://www.sfchronicle.com/travel/article/As-Hearst-Castle-turns-100-visitors-roam-freely-13691685.php?fbclid=IwAR3opkjgtfPKjal6H1Zu3Ex6RttYw3baOA2758uGDp5uBVIdrLdZcz6RhLU. (Hearst now owns the Chronicle after the chain sold his first newspaper, the crosstown Examiner, some years back.)
Collapse