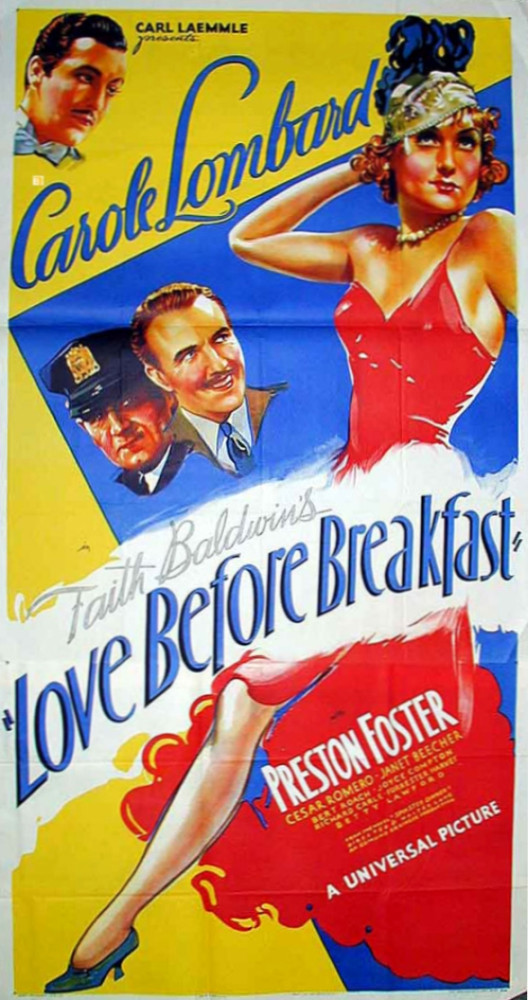 Like Carole Lombard's "The Princess Comes Across" slightly later in 1936, "Love Before Breakfast" shows her in a capable comedy mood with hints of future greatness yet to come. (Such "My Man Godfrey" greatness would take place on the same Universal lot where "Breakfast" was filmed.) 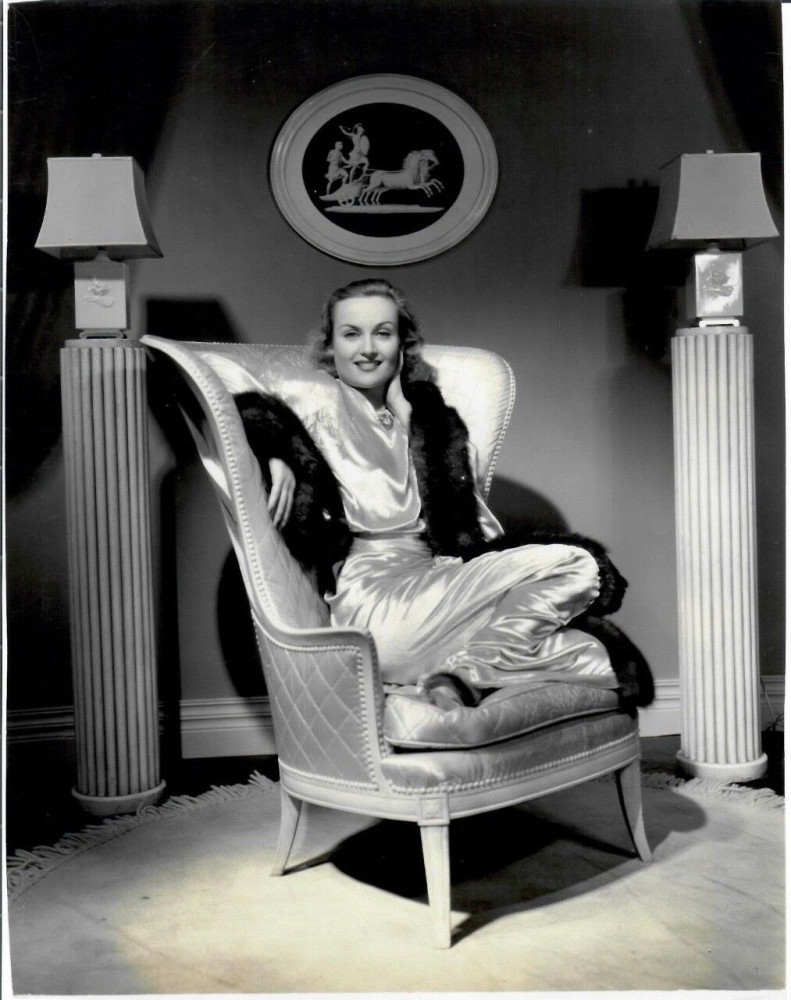 Here's the front, slightly magnified and focused on Lombard: 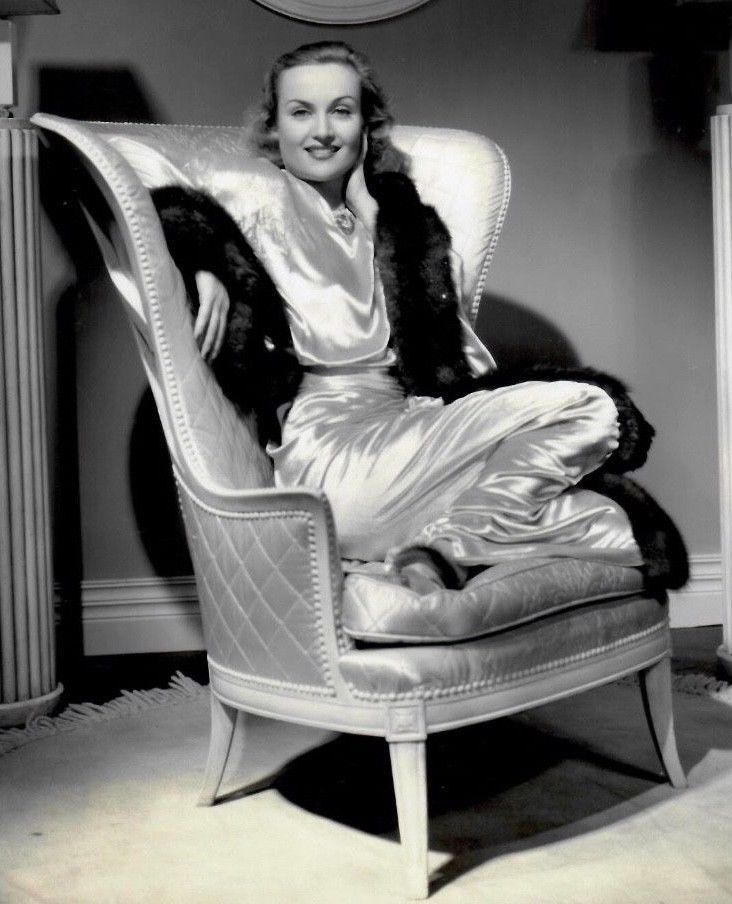 The good news is there's a stamp and a snipe on the back: 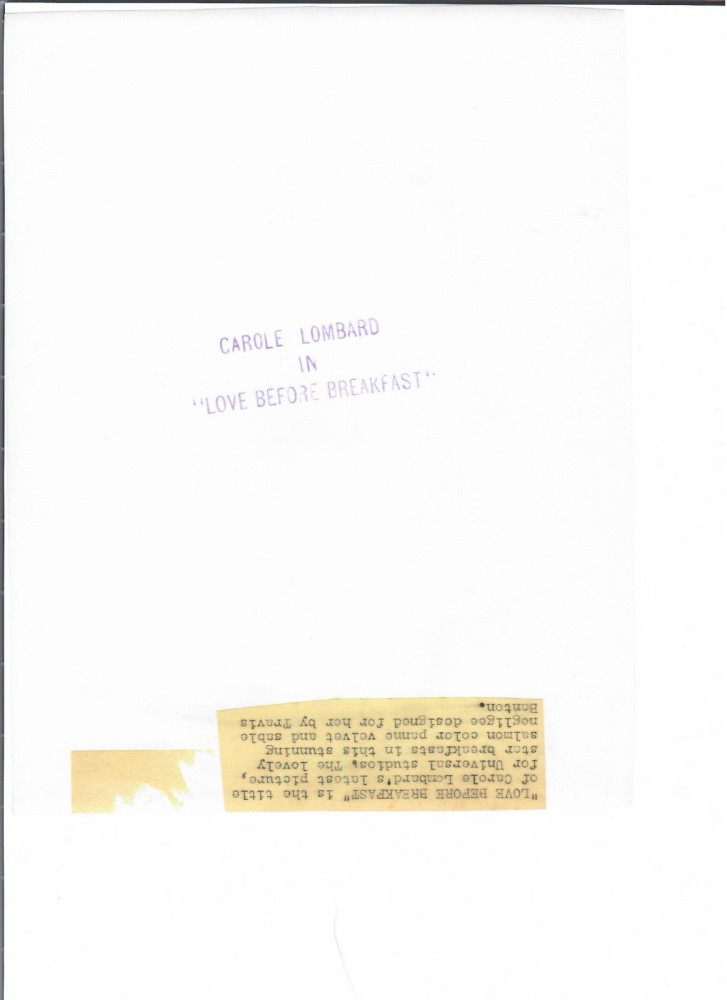 The seller ("the orchid lady," and thus a likely Lombard fan as that was Carole's label at Paramount in the early '30s) thankfully isolated and enlarged the stamp... 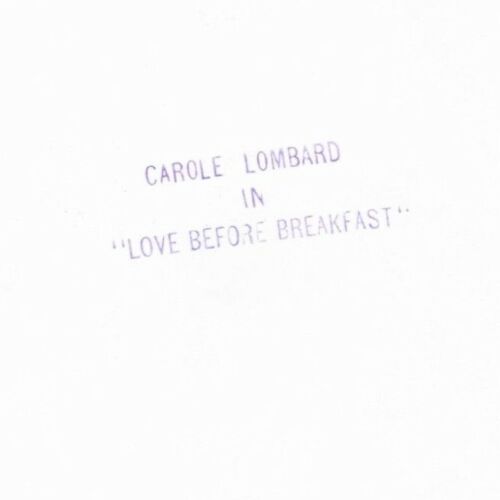 ...and the snipe (which initially was upside down): 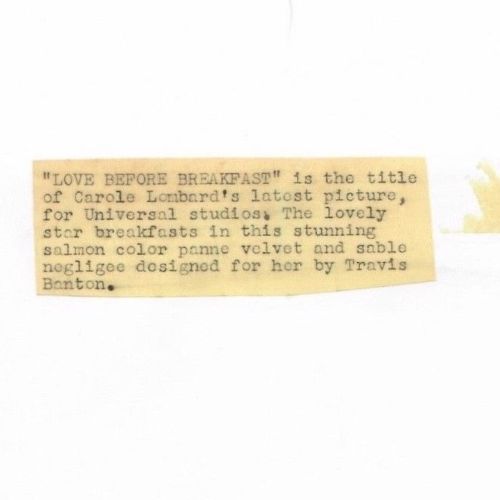 The outfit is salmon velvet with sable, designed by Travis Banton...indeed a fashionable way to breakfast.

And perhaps this outfit she wore for the movie was formerly used atop said breakfast table: 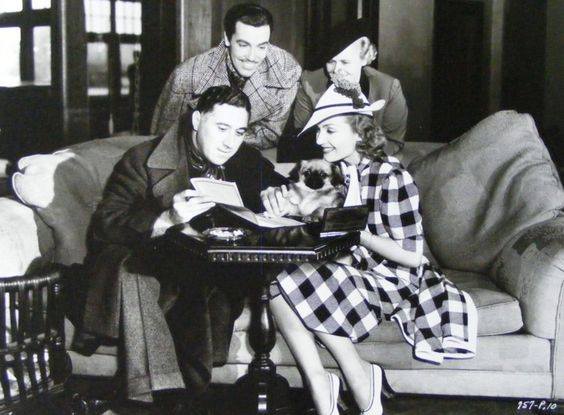