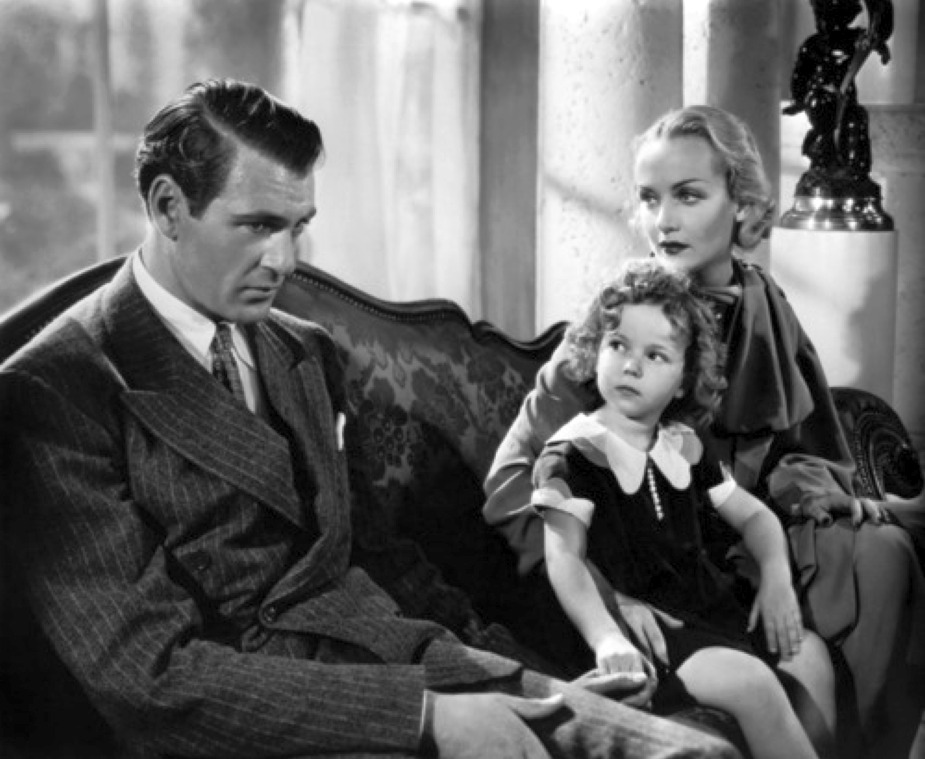 Carole Lombard's 1934 film "Now And Forever" has a few interesting things going for it. For one thing, it teams her with Gary Cooper for the second (and last) time. For another, it's her only pairing with Shirley Temple, just before the moppet became the biggest child star in movie history.

And we learn Carole received a very special copy of the script, one that would fetch a princely sum today. Failing its recovery, we've got its image as the heretofore unseen Paramount p1202-812: 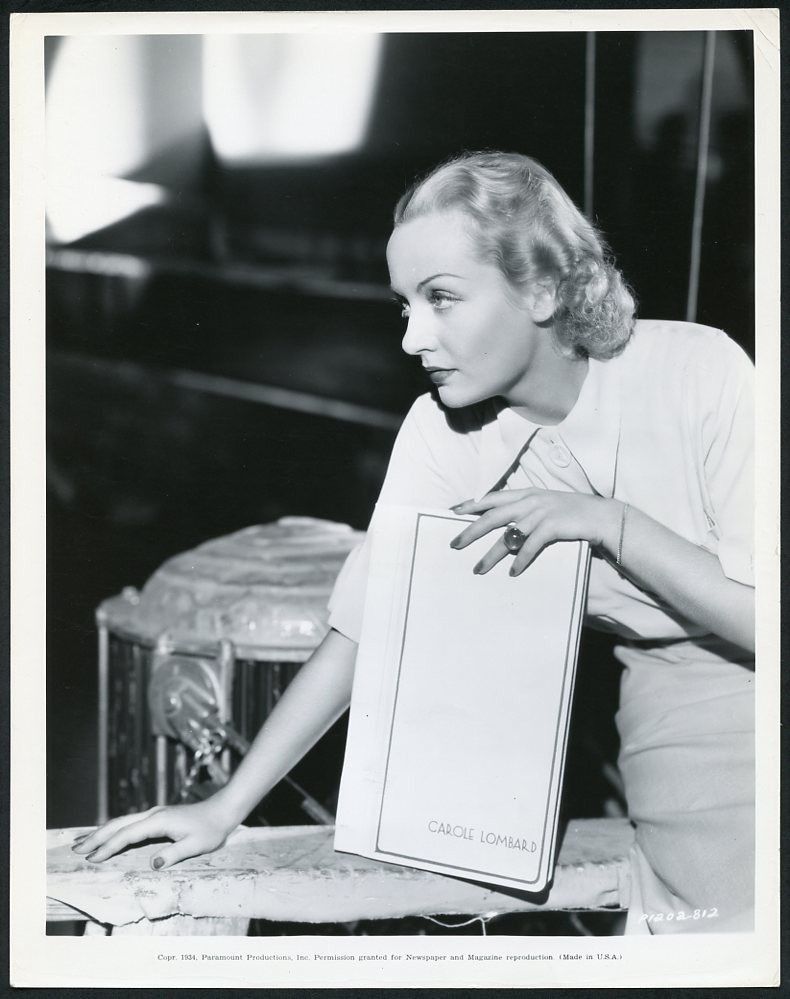 We learn even more since the snipe's on the back: 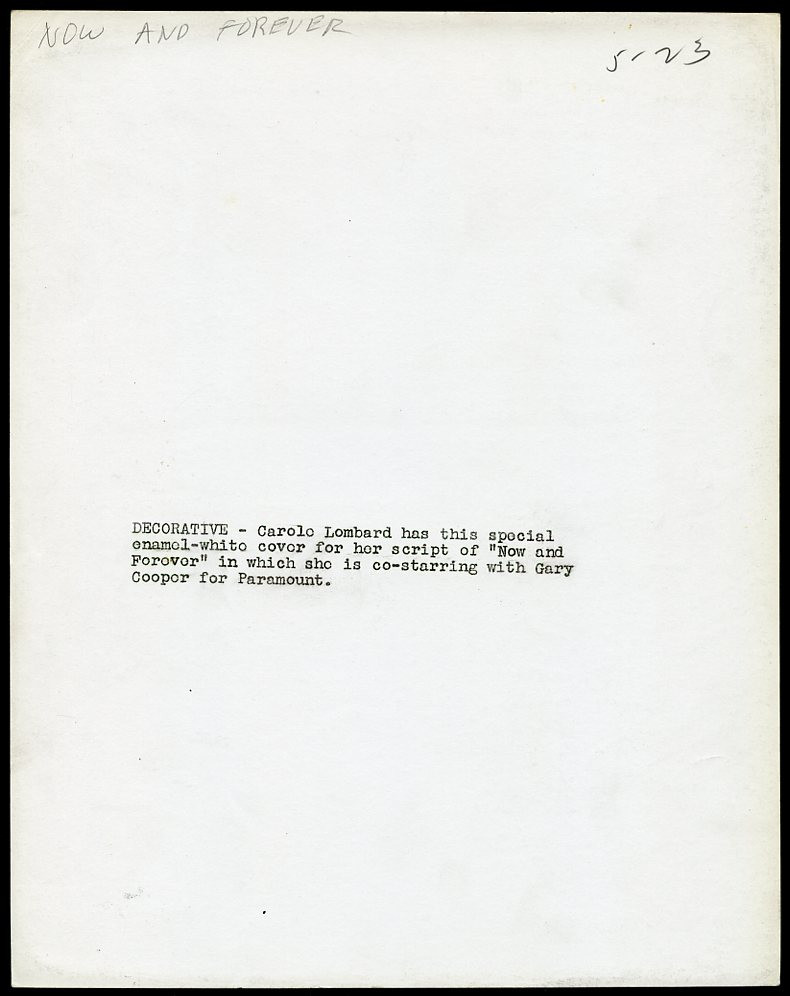 Want a larger version? Here it is: 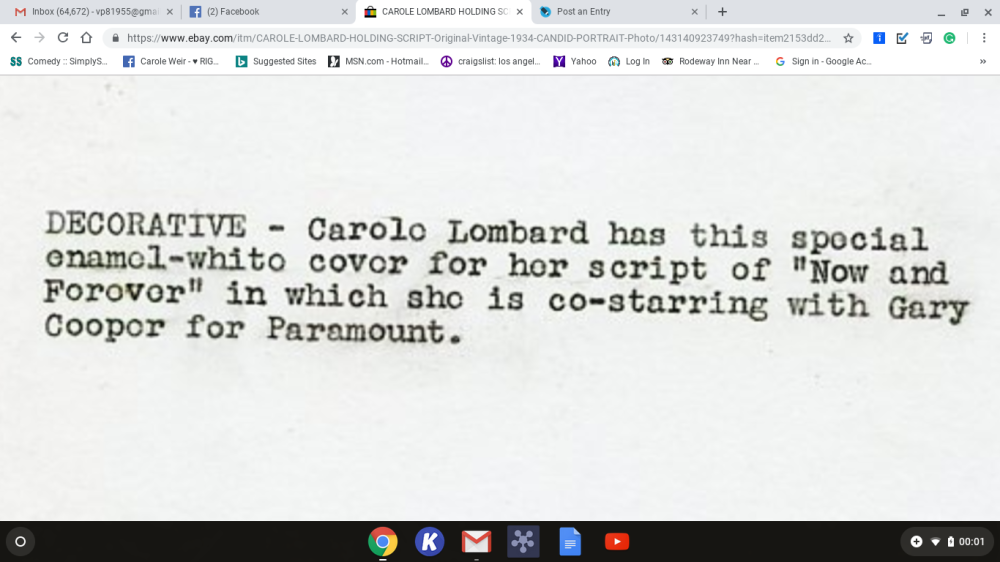 Ah, part of the perks of being a star.

P1202-812 is up for auction at eBay; it's an 8" x 10" glossy single-weight in excellent condition. It's one of many images of Lombard and other stars from the George Smoots collection.

And someday, we'll search for her script.
Collapse