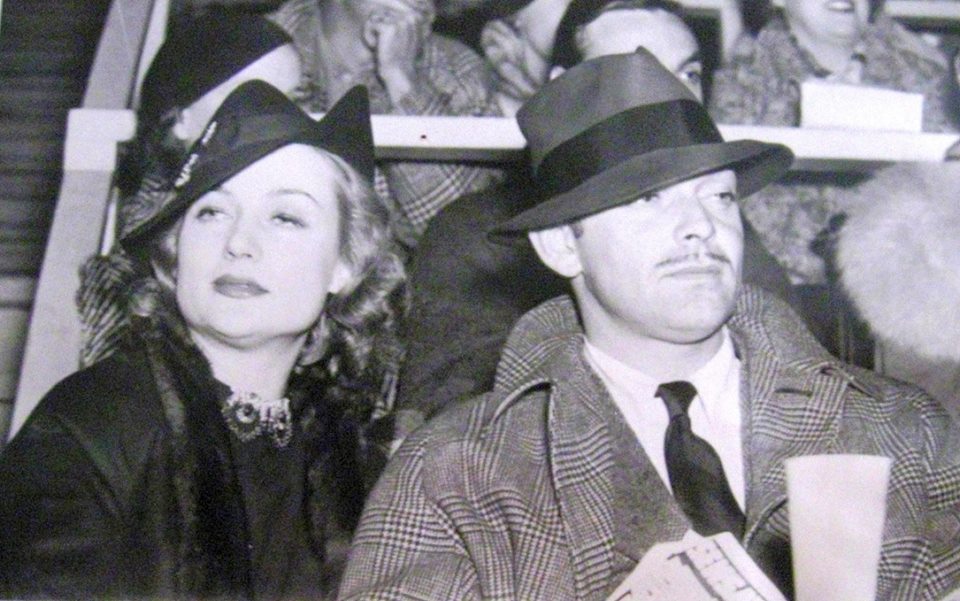 It's mid-April 1936, and the romance between Carole Lombard and Clark Gable is heating up Hollywood. So what if Gable's already married to the much older Ria Langham? Their lack of passion is no secret to the public.

I'm not certain whether they're attending is a boxing match, a ballgame or whatever. (It looks to be a sporting event, perhaps at Los Angeles Wrigley Field, or midget auto racing at Gilmore Stadium in West LA.) Here's another shot of Clark and Carole that night, this one with Lombard flashing a smile: 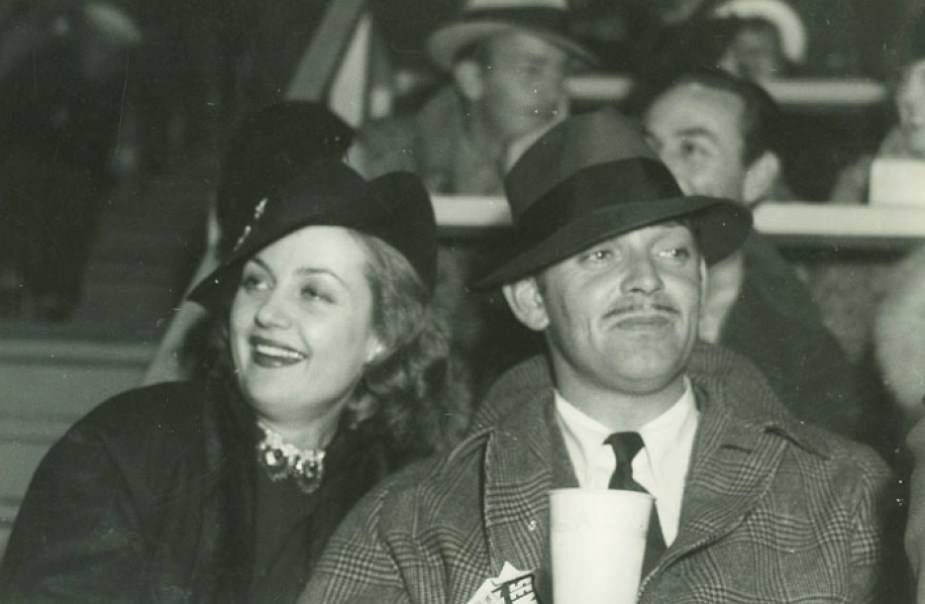 Later in the '30s, there's talk Clark and Carole are cooling off, replaced by Barbara Stanwyck and Robert Taylor as Tinseltown's top couple. This pic, from an unknown fan magazine, says that's not the case: 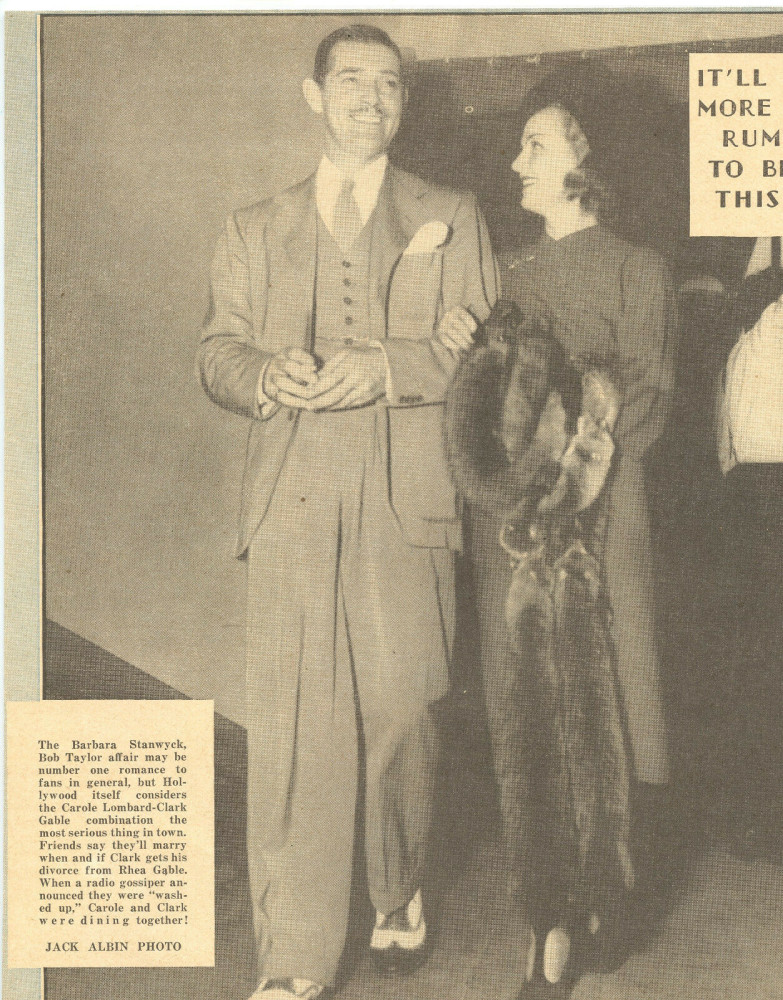 They don't look "washed up" to me.