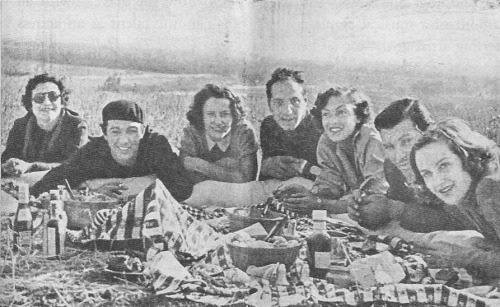 As far as I know, this is the only image of Carole Lombard and Barbara Stanwyck, taken on Thanksgiving 1936 at Barbara's ranch in the San Fernando Valley. They were friends, each at the time romantically linked to Hollywood heartthrobs they later married (Lombard to Clark Gable, Stany to Robert Taylor). In fact, Carole took this pic of Gable, Stanwyck and Taylor at a golf outing: 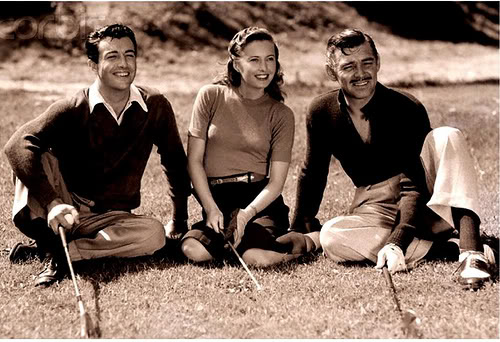 Stanwyck was a terrific actress, someone at home in nearly any genre and part of my classic Hollywood holy trinity alongside Lombard and Myrna Loy. Like the other two (and contemporaries such as Fay Wray), she respected writers. This became evident recently when a letter Stanwyck wrote to the University of Wyoming in October 1986 surfaced. (The Brooklyn-born Barbara fell in love with the West, starring in her share of Westerns -- frequently doing her own stunts -- and was an inductee into the Cowgirl Hall of Fame.) 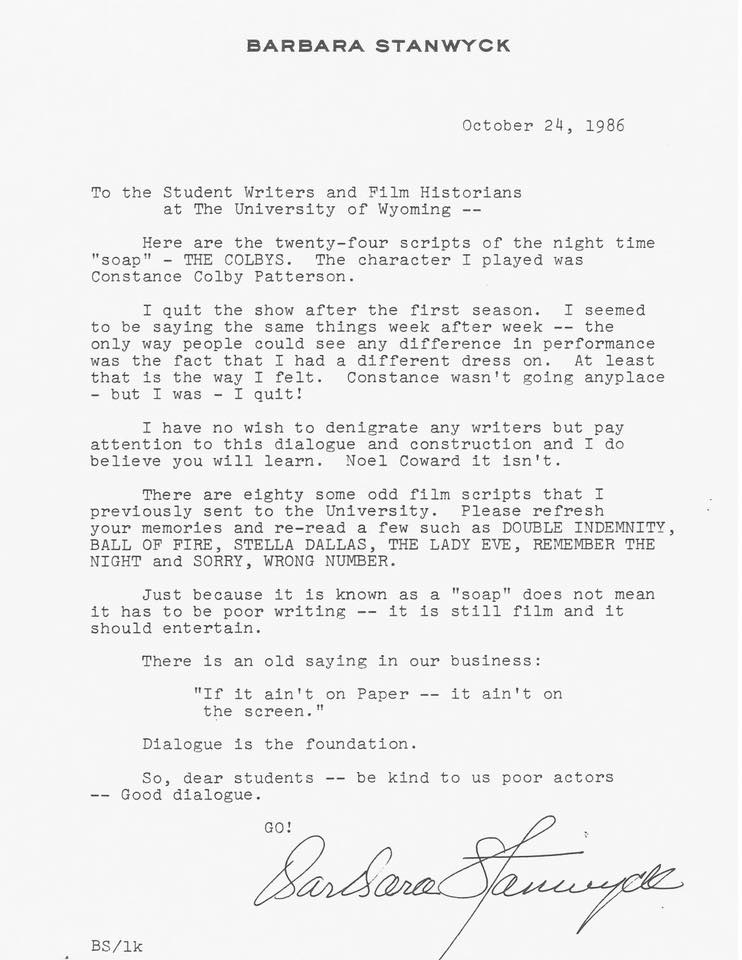 Yep, Stany -- who regularly spoke her mind -- was no fan of "The Colbys" or its writing. (The "Dynasty" spinoff lasted only a few seasons.) But the letter was not meant to belittle the writers, as she emphasized, noting several of the other scripts she'd donated to the university. (They include two gems she made with Fred MacMurray, 1940's "Remember The Night" and 1944's "Double Indemnity," as well as "The Lady Eve" and "Stella Dallas.")

She concluded with "So, dear students -- be kind to us poor actors -- Good dialogue."

If her inveighing against the "Colbys" scripts sounds like a prima donna, then you don't know Stany. Show creator Aaron Spelling conceded the writing on the series wasn't up to the standards of some of his other productions, and co-star Stephanie Beecham called Barbara "a stand-up dame."

As a writer myself, I hope I'm providing my potential actors with worthy dialogue. You can judge by checking out the latest versions of my scripts, both romantic comedies -- first, "Stand Tall!" (https://filmfreeway.com/projects/476988)...