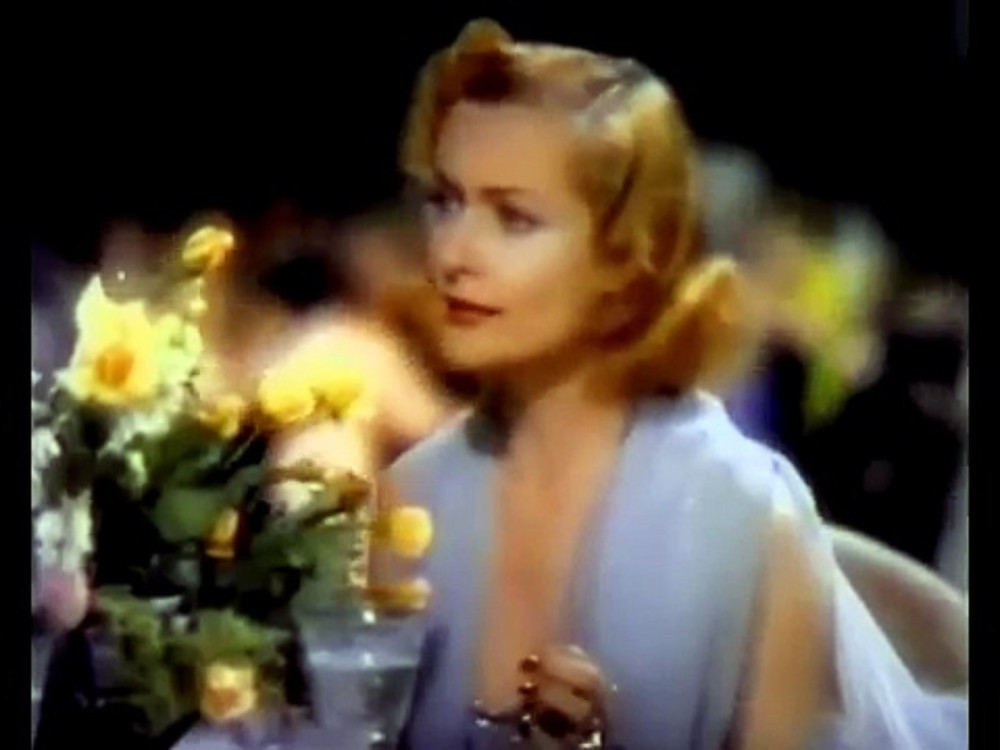 "Nothing Sacred," Carole Lombard's Technicolor laughfest, was popular across the globe, no matter what language audiences spoke. One of those languages was Danish, as we discovered two months ago when a program that may have been from a 1948 re-release was advertised on eBay (https://carole-and-co.livejournal.com/966564.html). 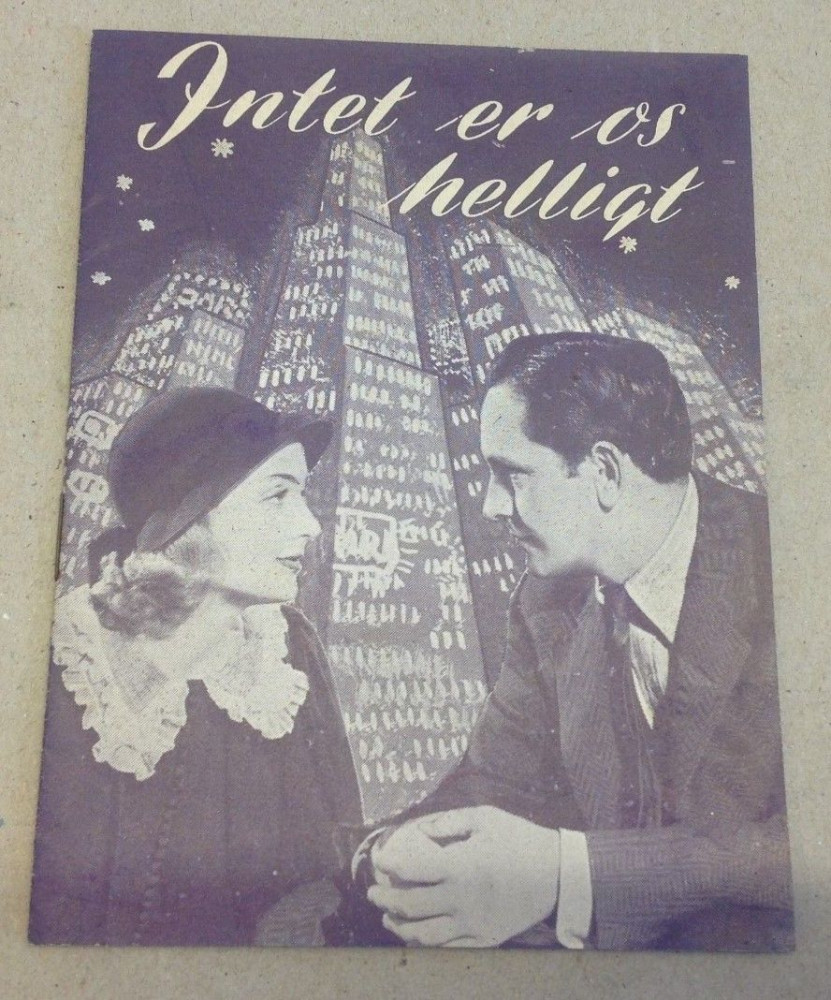 Apparently, another program was issued for its initial Danish release in 1938, with this delightful illustration of Carole fighting Fredric March: 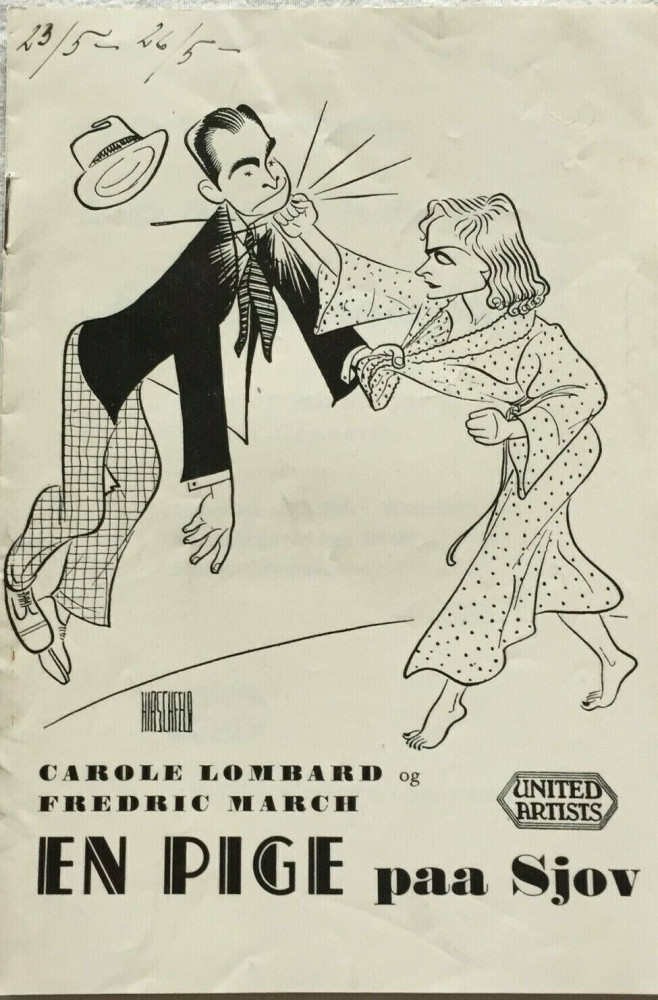 The United Artists logo in the lower right-hand corner pinpoints when it was first released; a decade later, the film was in the public domain.

There are several other pages, all in Danish of course (a language I didn't know two months ago and don't know now), along with photos from the movie: 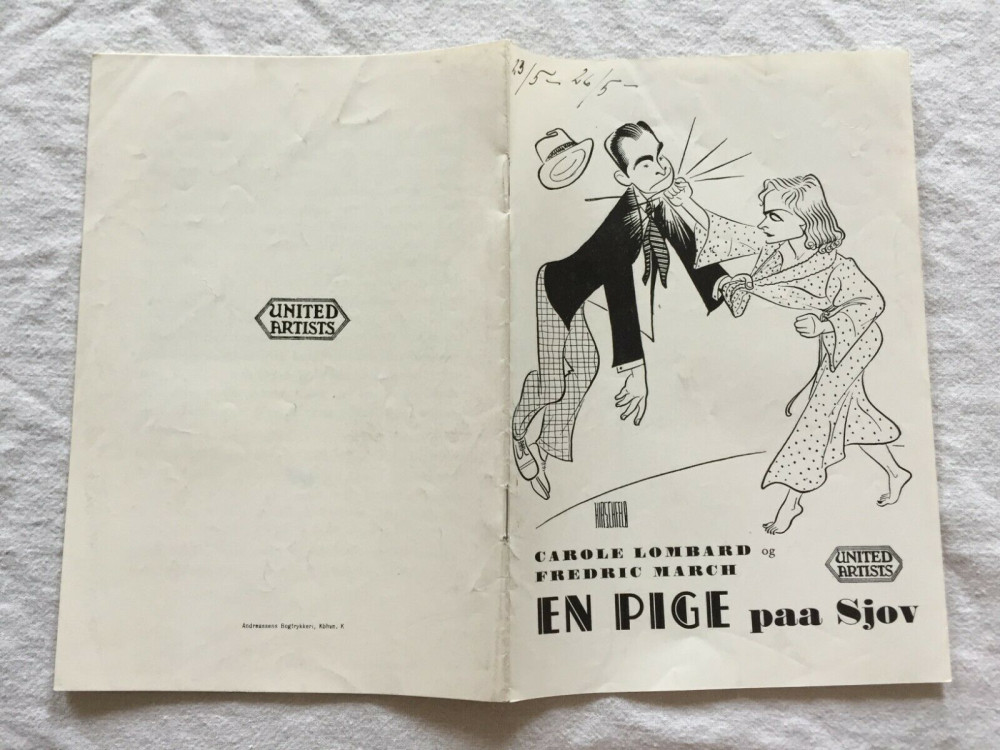 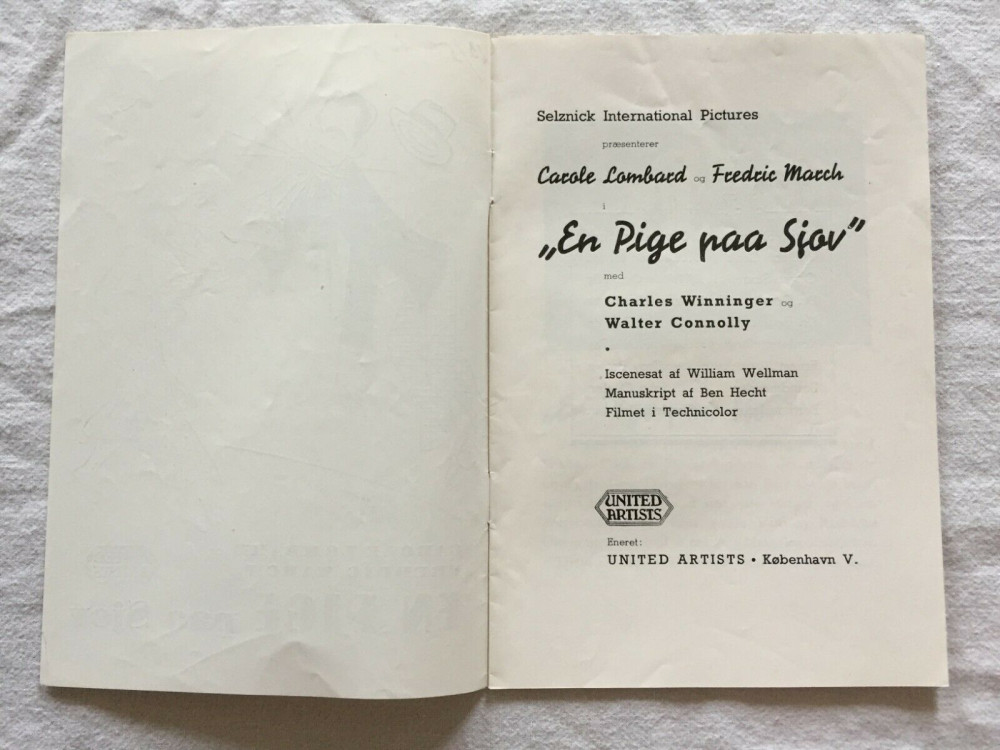 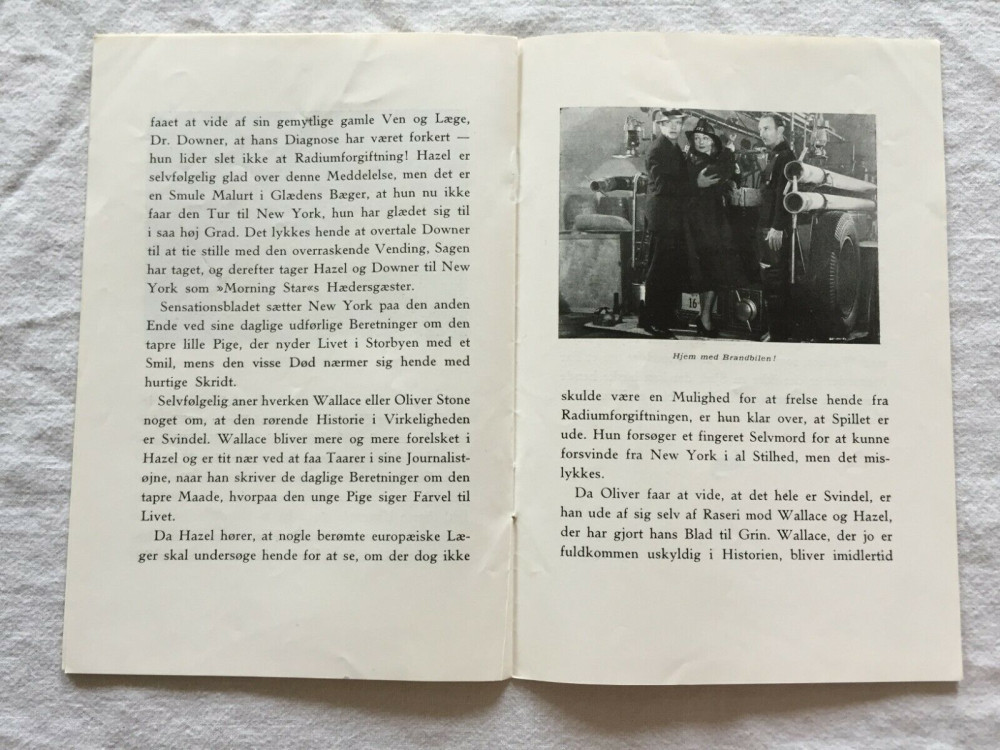 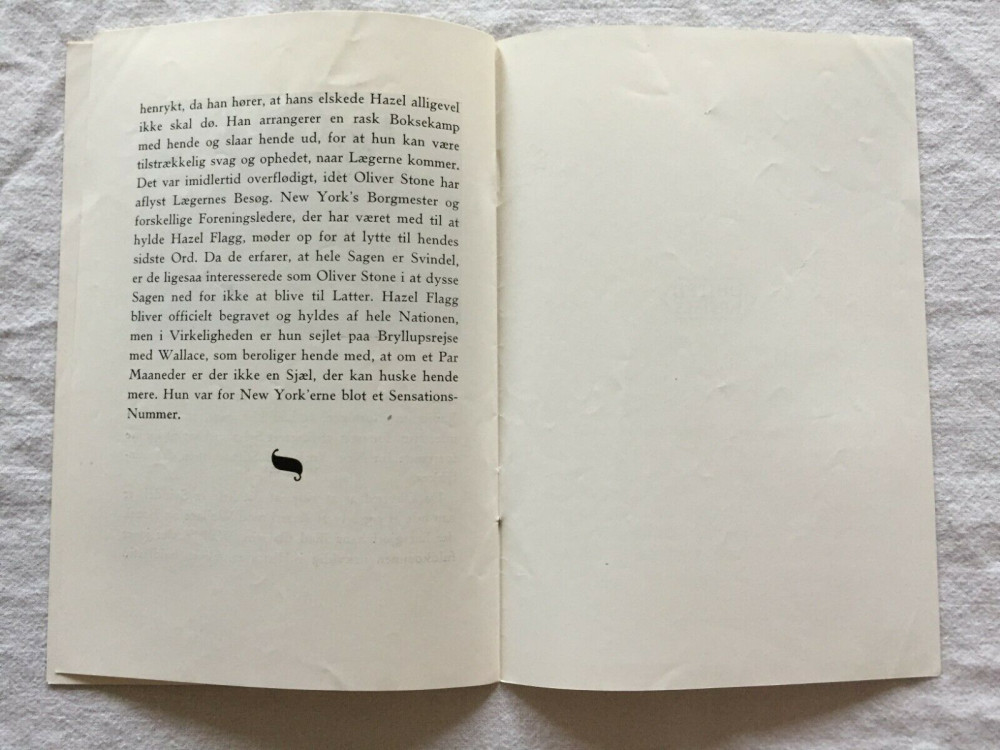 It's in good condition, with all pages present.

And a reminder for those of you in most American states -- set your clocks ahead one hour tonight for Daylight Saving Time.
Collapse