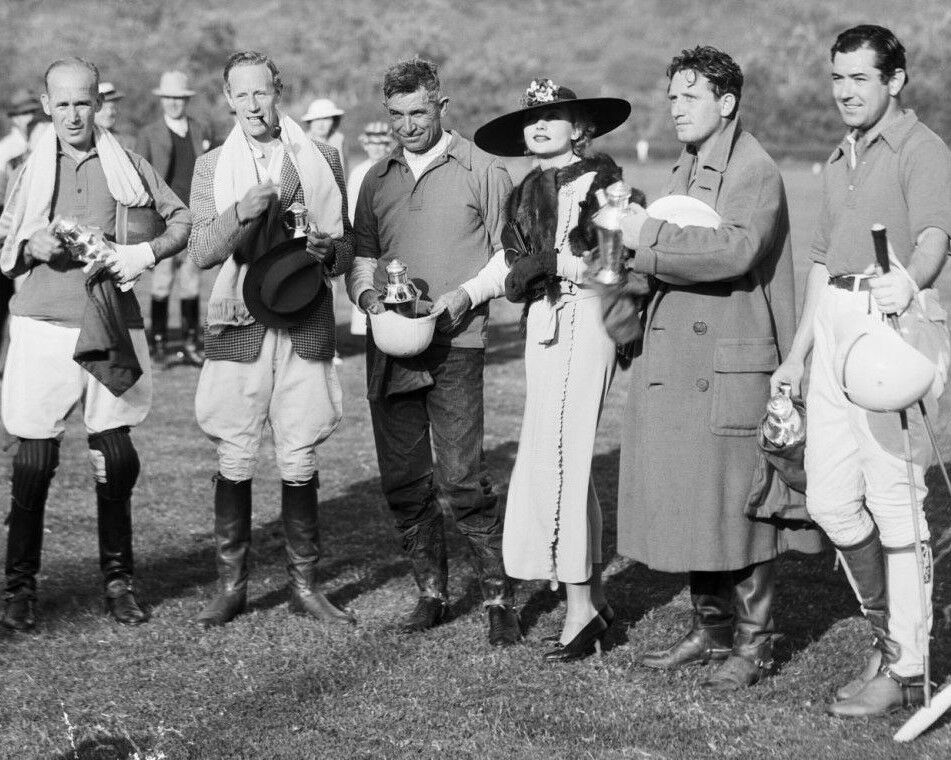 No, not the fabled upper Manhattan ballpark the Polo Grounds, which baseball fan Carole Lombard may have visited during her 1930 stay in New York, but a real polo field, the Uplifters Fields in Santa Monica. (The Uplifters was a SoCal social club founded by L. Frank Baum, author of the "Oz" books.) During the glory days of Hollywood, the sport was popular with the film set.

On May 21, 1934, a team of actors defeated a producers' team, 9-3 (hooray for labor!), and Lombard handed a trophy to the winners -- from left: Leslie Howard, James Gleason, Will Rogers, Spencer Tracy and Johnny Mack Brown. Here's another photo of them, with the hills of Malibu in the background: 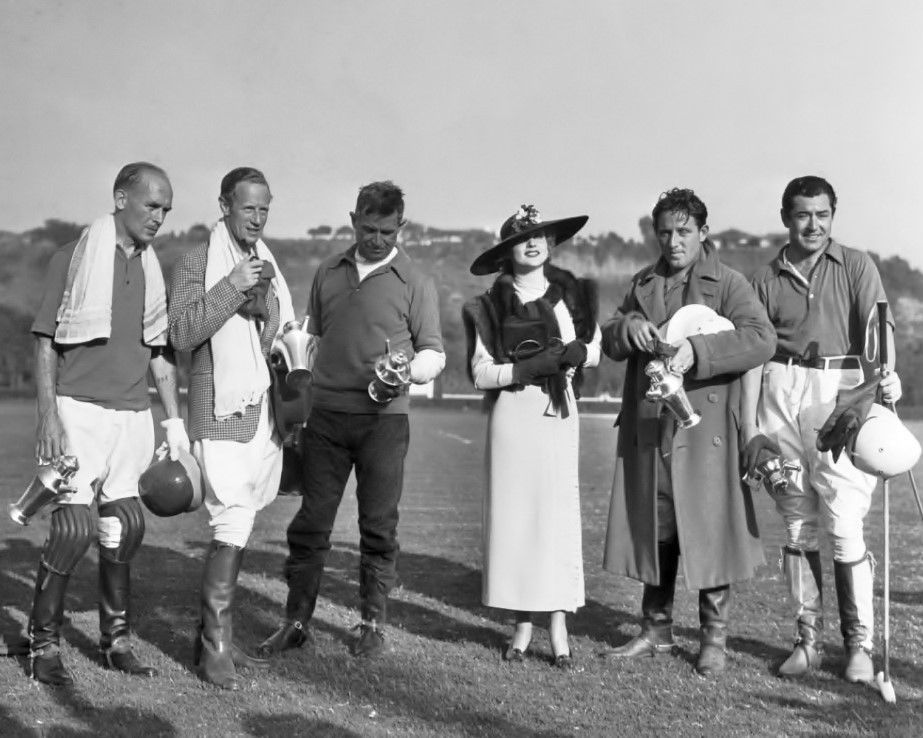 Who was on the conquered club? Judging from his footwear, one of the members may have been Walt Disney. The animation pioneer is shown with Howard that day: 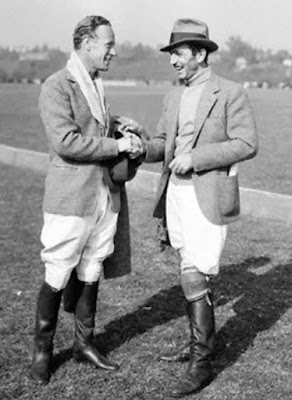 More on Howard the avid polo player is at https://lesliehowardsteiner.blogspot.com/p/polo.html.

There is a tragic, one-in-a-million footnote to the top two pictures: Less than a decade after they were taken, Lombard, Rogers and Howard all died in air crashes.