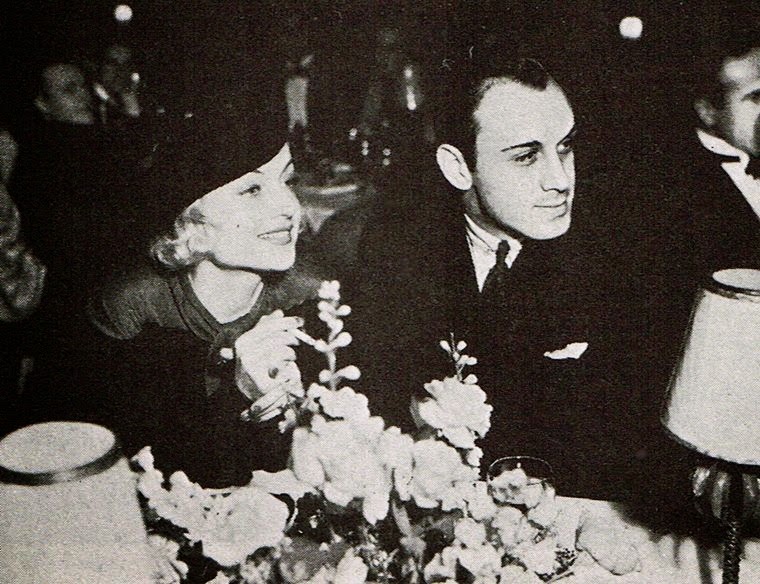 The Russ Columbo-Carole Lombard saga didn't end with his mysterious death in 1934, her fatal airplane crash in 1942 or the death of his mother in 1944. (She had a severe heart condition, and family decided not to tell her Russ was dead, but instead was touring the world. While alive, Carole aided the ruse.)

The ill-fated couple returned to headlines on Dec. 8, 1948. This item ran in the Associated Press:

Here are headshots of Columbo's relatives: 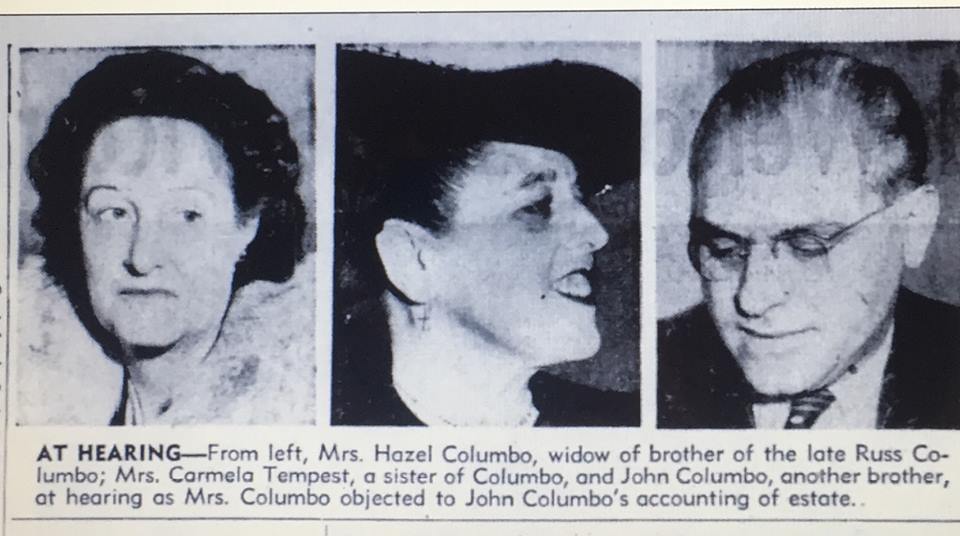 Thanks to Brian Lee Anderson for tracking this down; it's new info to me. But at least one aspect of it doesn't make sense -- since diaries are supposed to be confidential to the person writing it, why would Carole give Russ hers? Might the diary instead have been blank that Lombard supplied, perhaps suggesting Columbo, a bandleader-songwriter, use it when an idea came to mind.

Just another mystery regarding this fascinating twosome. 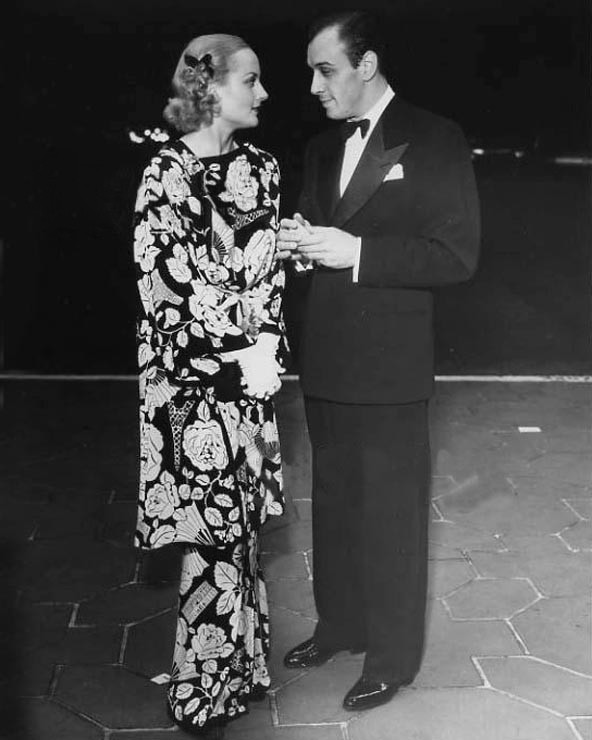 More than two decades after this story ran -- and after Columbo's signature song, "Prisoner Of Love," had been recorded on an album by Frank Sinatra, then made a hit by, of all people, James Brown -- a new style of music was saluted on a Los Angeles radio station that had once played a key role in the rise of Russ' friendly rival, Bing Crosby. We're referring to KHJ, which on this date in 1969 kicked off a historic event in Top 40 radio: 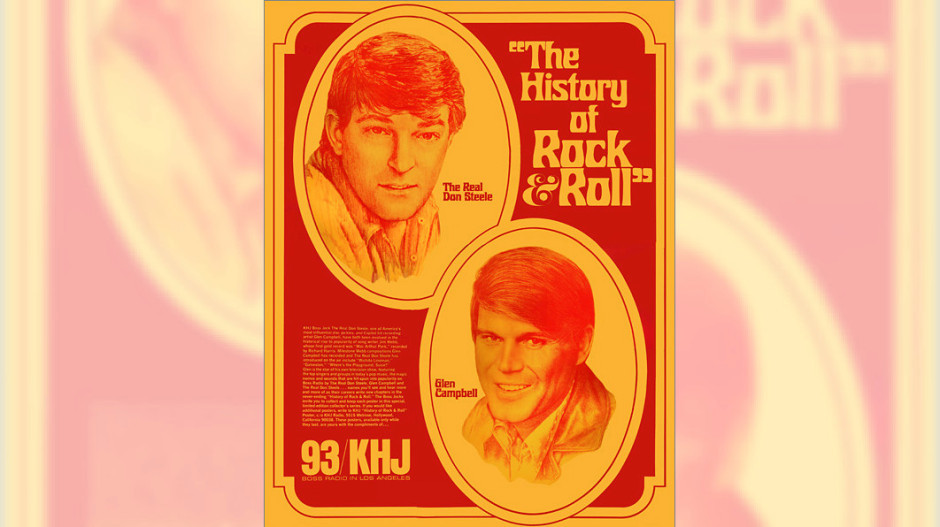 "The History Of Rock & Roll" was a 48-hour documentary on the rise of the genre, made at a time when the music had no historians to speak of, The project, an outgrowth of a short film explaining the music to potential advertisers, was devised by legendary consultant Bill Drake, who suggested it to KHJ programmer Ron Jacobs. Since rival LA station KRLA was about to unveil a weekly program with a similar historical theme, KHJ decided to do a two-day extravaganza on the theme. But it had only seven weeks to create at what the time was a gargantuan undertaking. As Richard Wagoner of the Los Angeles Daily News notes:

"There was no Internet, of course, nor was anything like this done before. There just was not easily accessible research to be found...indeed there was little research on the subject at all -- it had to be done in-house, by the team themselves and some assistants and contributors. In just seven weeks. After regular station duties on and off the air were done. During a cold, rainy Los Angeles winter with numerous electrical outages and a manual typewriter." 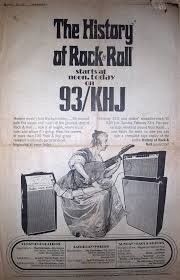 In retrospect, Wagoner wrote, the original "History" "...was not perfect. It included errors and omissions, misjudgments and more, most of which were fixed in a full rewrite" done in 1978. But considering the terrain of rock research at the time, this nevertheless was a job well done. The event was a huge hit -- KHJ's ratings of 25.4 nearly tripled its closest competitor.

"The History Of Rock & Roll" was repeated and refined by KHJ and its sister Drake stations, with the most recent version airing in 1981.

Read Wagoner's account at https://www.dailynews.com/2019/02/19/radio-khj-made-history-itself-by-presenting-the-history-of-rock-and-roll-50-years-ago/. Hear snippets from the original show at https://www.youtube.com/watch?v=gzEtC6DSoGE, and bootleg versions of it abound on the Internet. It's great listening for any rock fan.
Collapse