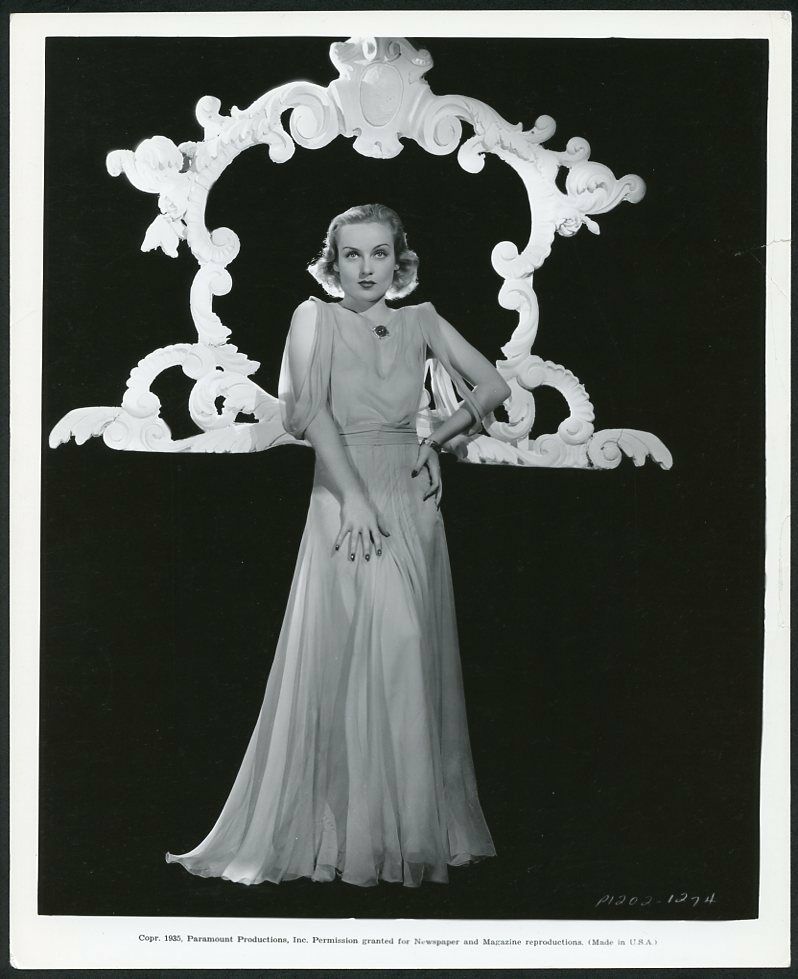 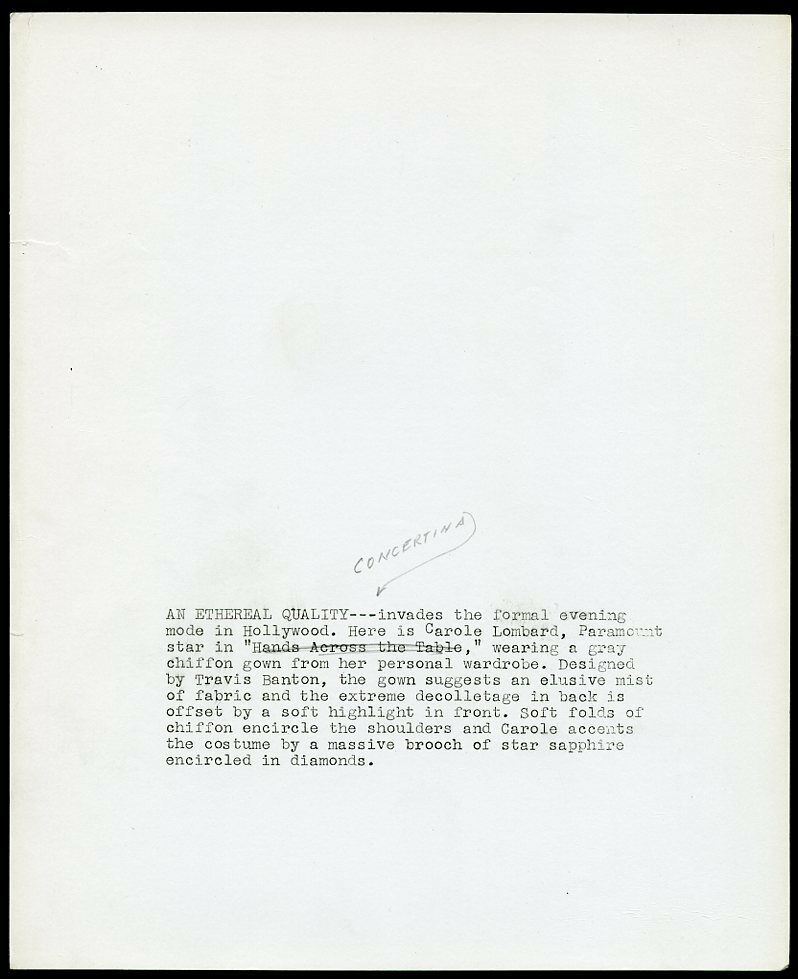 Can't read it? Here it is, magnified: 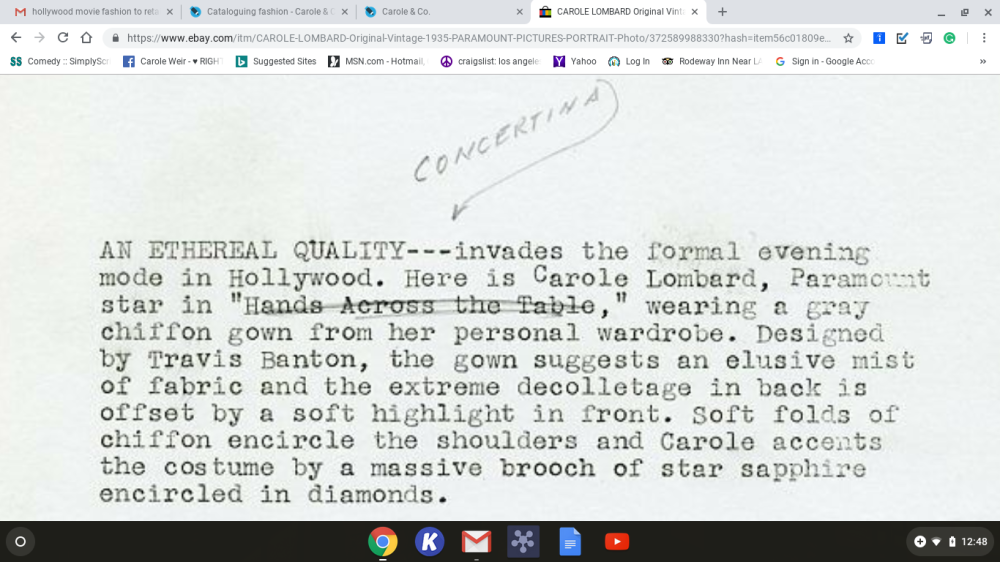 It's ethereal, all right, but then again most of Travis Banton's outfits for Carole were. As for the film listed, note "Hands Across The Table" has been crossed out, replaced by "Concertina," That was to have been the name of Lombard's next Paramount release, but it was soon changed to "The Princess Comes Across," after George Raft walked off production and Fred MacMurray replaced him as leading man (https://carole-and-co.livejournal.com/166158.html).

Another vintage pic from the George Smoots collection, this measures 8" x 10" and is in "fine" condition. The starting bid is $39.99 and the auction closes at 10:31 p.m. (Eastern) next Tuesday. Think you may want it? Then go to https://www.ebay.com/itm/CAROLE-LOMBARD-Original-Vintage-1935-PARAMOUNT-PICTURES-PORTRAIT-Photo/372589988330?hash=item56c01809ea:g:ejwAAOSwfvtcTgbc:rk:34:pf:0
Collapse