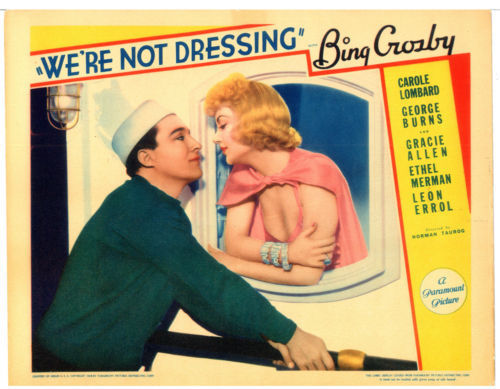 Carole Lombard, like many of Paramount's leading ladies of the mid-thirties, became a co-star for up-and-coming singer Bing Crosby. (About the only two not called upon for such chores were Marlene Dietrich and Claudette Colbert.) Lombard's vehicle was "We're Not Dressing," from early 1934, and two vintage stills from that film have resurfaced on eBay. 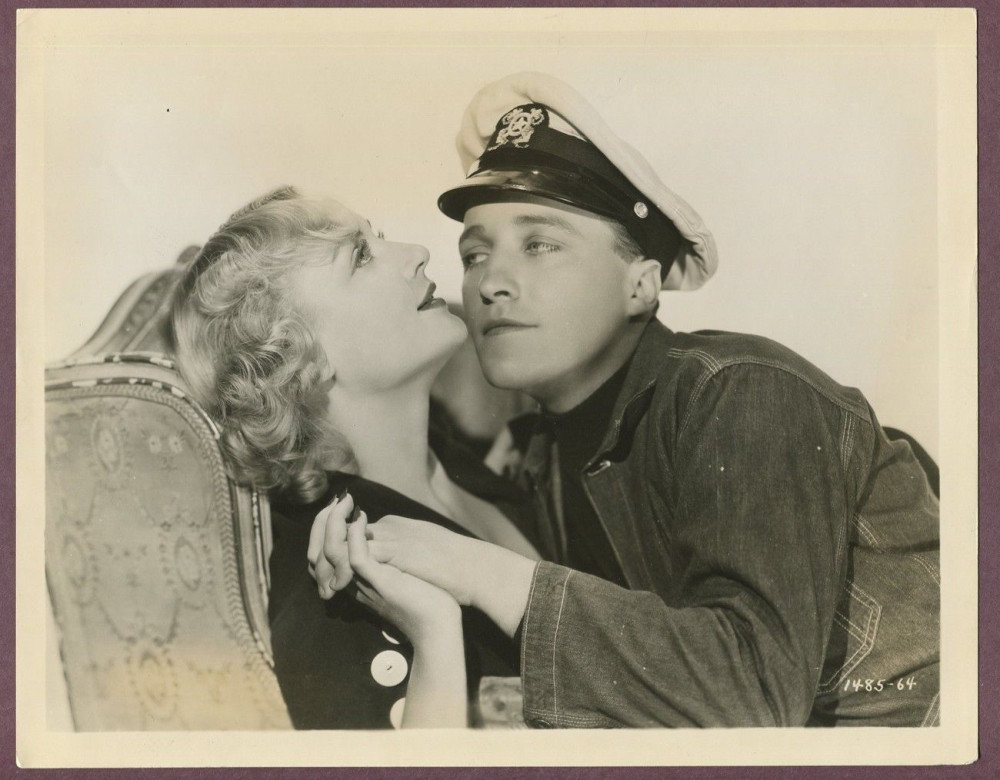 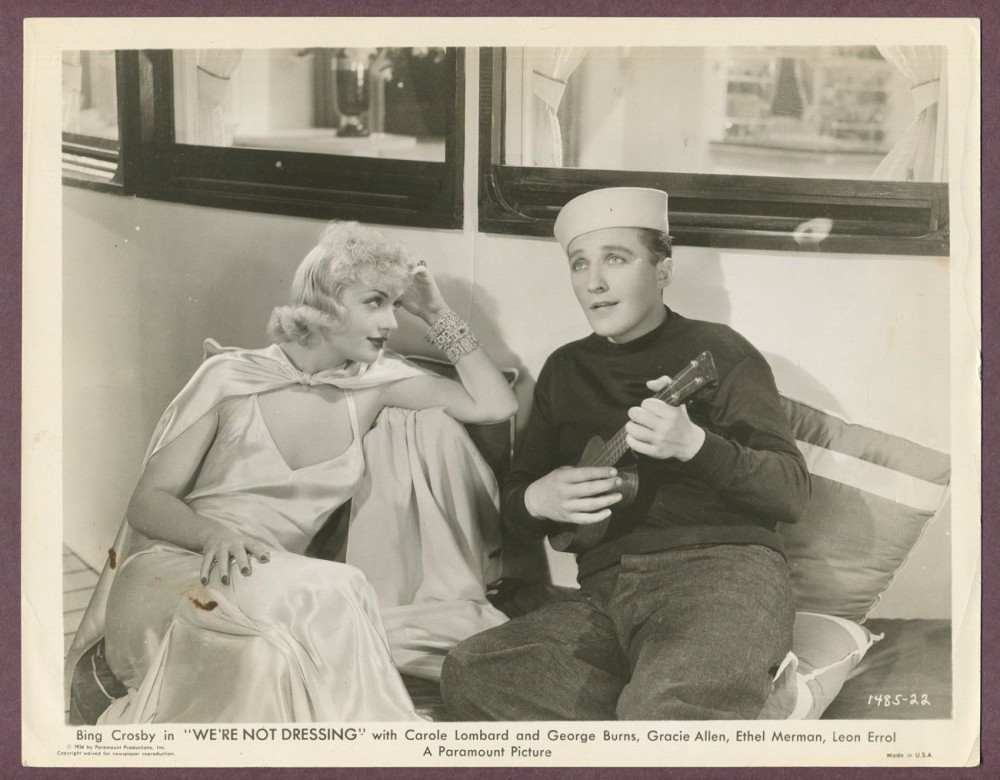