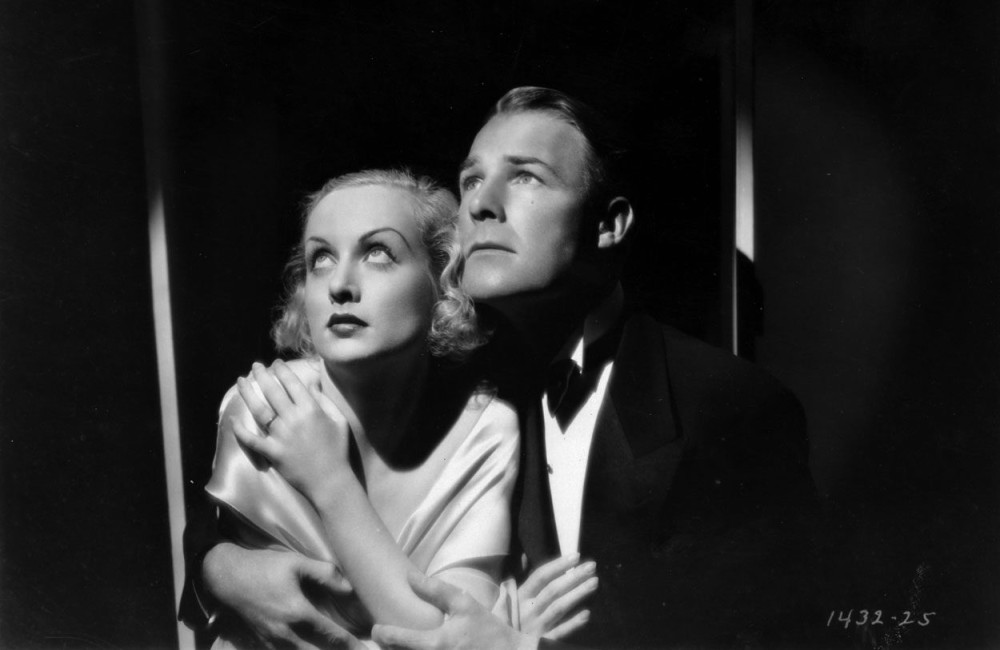 Here's news to cheer, not chill, Carole Lombard fans: "Supernatural" (1933), her lone foray into the horror genre, will get a Blu-ray video release from Kino Lorber. (Many thanks to Dan Day Jr. of The Hitless Wonder Movie Blog -- he's a Chicago White Sox fan, hence its name -- for the information.) 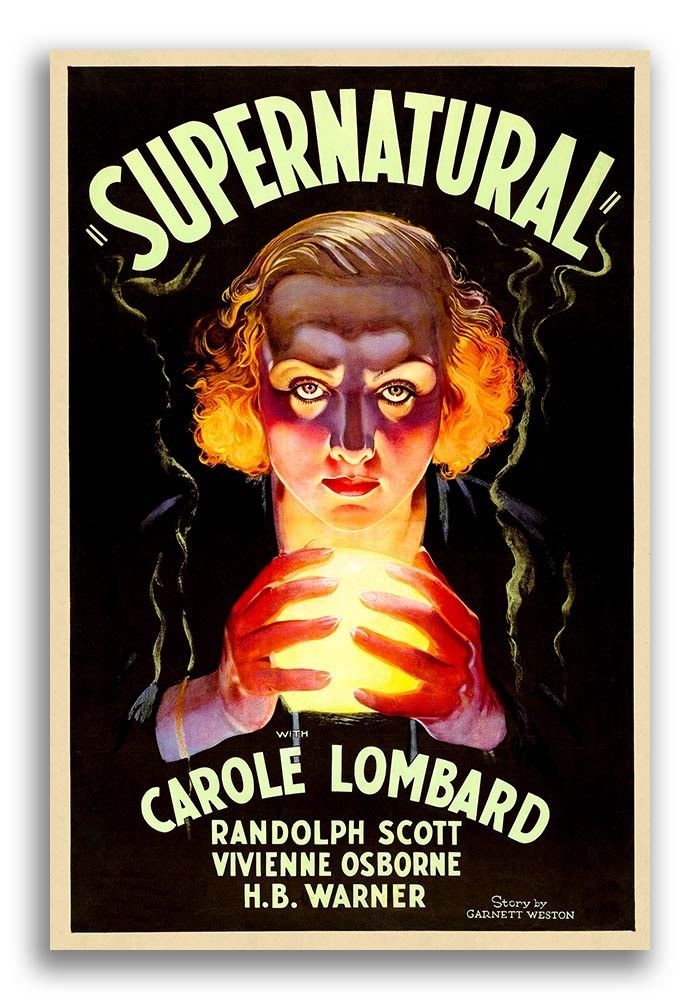 Beyond that, we don't know very much, including:

* When will it be available?
* Will there be any extras, as was the case for last fall's Blu-ray releases of "My Man Godfrey" and "Made For Each Other"?

In 2014, Universal -- which holds the rights to many of Paramount's pre-1948 titles -- issued a barebones DVD-R of "Supernatural," one so limited it lacked an on-screen menu. When it came out that fall, Day reviewed it at https://dandayjr35.blogspot.com/2014/11/supernatural.html#comment-form. 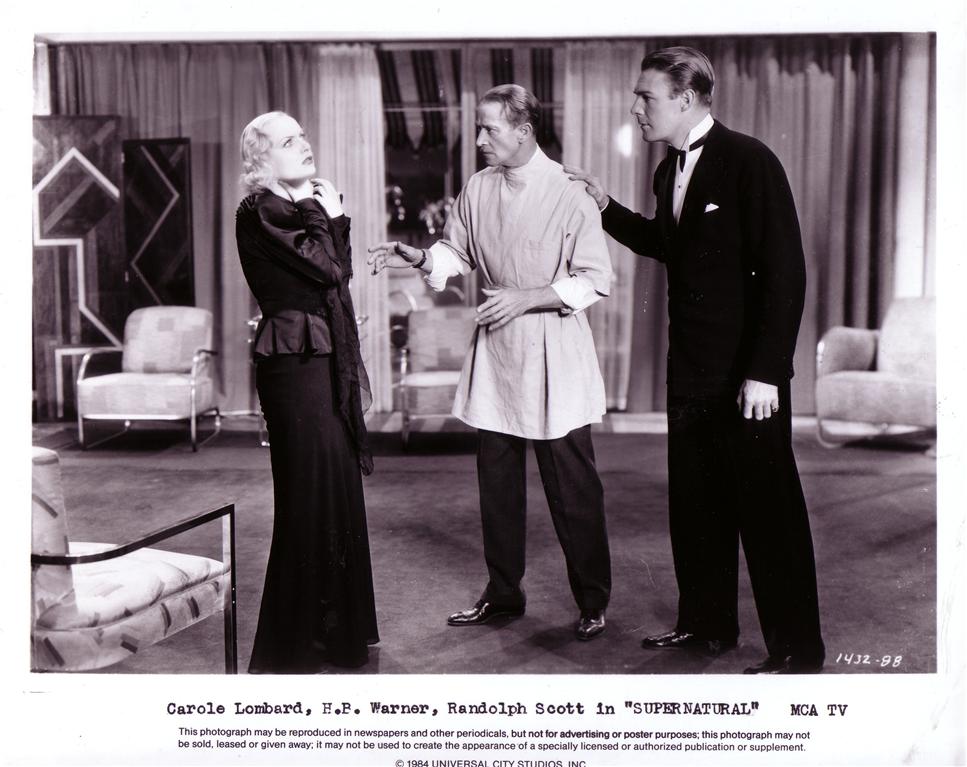 "Supernatural" was arguably the least enjoyable filmmaking experience of Lombard's career; she was supposedly so upset over director Victor Halperin's guiding of the movie that the otherwise easygoing Carole once screamed on the set, "Who do I have to screw to get off this picture?"

It's Lombard's most atypical movie, but far from her worst. She gives a decent performance in a genre she probably feared being typecast in...especially since by early 1933, when this was made, Paramount had shown no feel at all for what made this starlet tick. As a result, she was spinning her wheels at the studio, descending their totem pole of talent. (The previous year, she had made two movies on loan-out for Columbia, whose coarse mogul Harry Cohn gave her better material.) 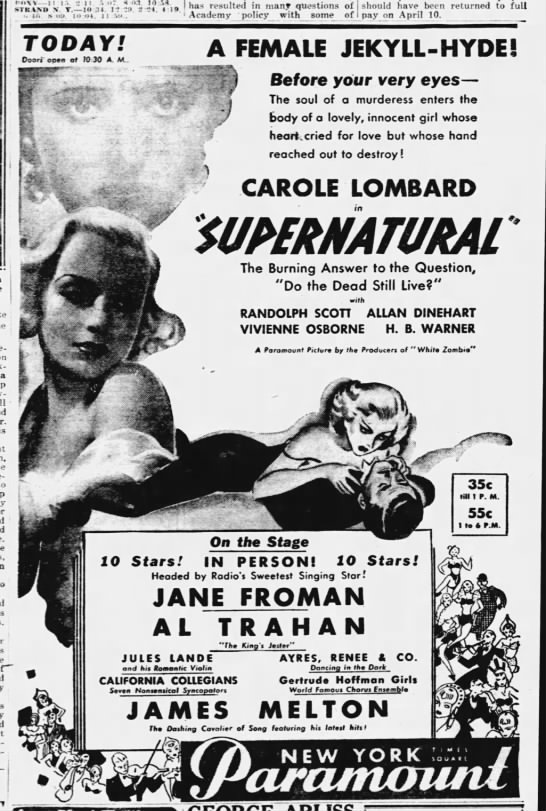 "Supernatural" is hokum to be sure, but while it never parodies the genre, it goes at a rapid pace, and the visual effects that cause Carole's character to be "possessed" by the spirit of an executed murderess succeed. Apparently, she even had fun with it away from the set. 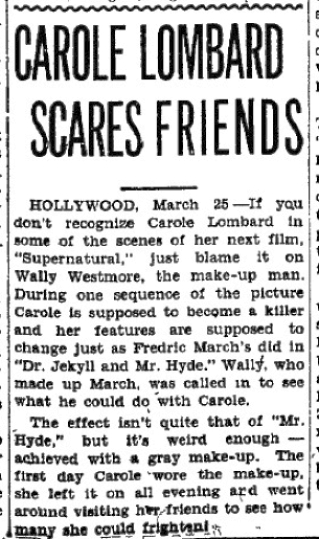 We await more word on the Blu-ray version of "Supernatural," expect more than a few extras from a reputable outfit such as Kino Lorber, and hope many other heretofore unavailable Lombard titles soon make their way to the format.
Collapse