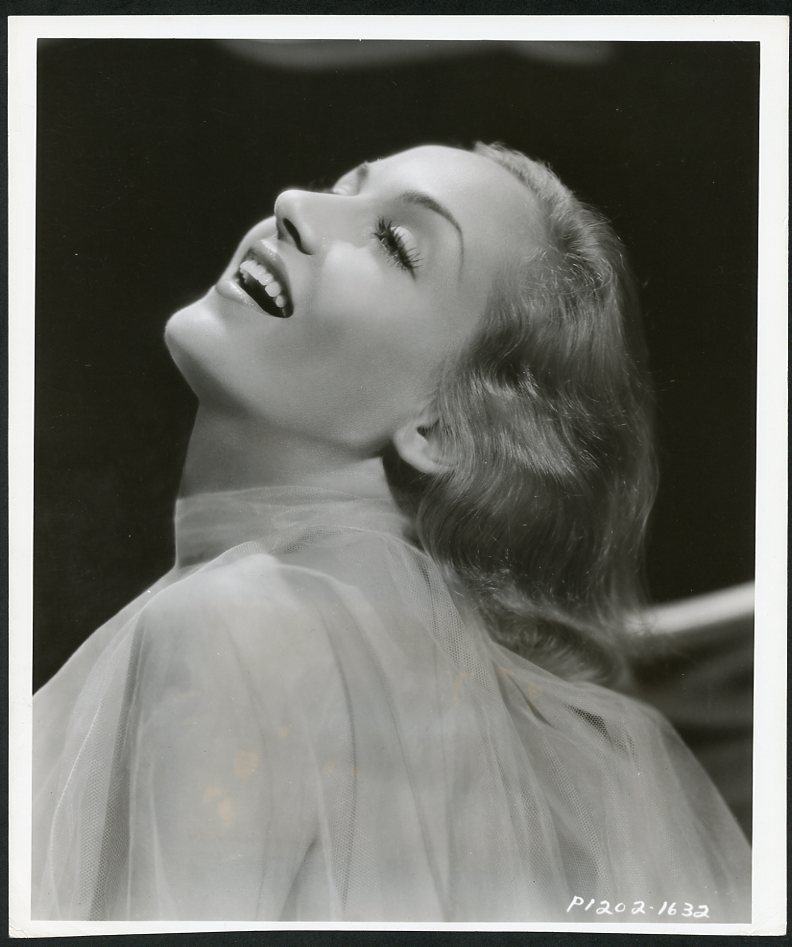 After an underwhelming Super Bowl, Carole Lombard returns with a new version of a portrait we've seen before -- Paramount p1202-1632. But my previous online pic of it was considerably smaller: 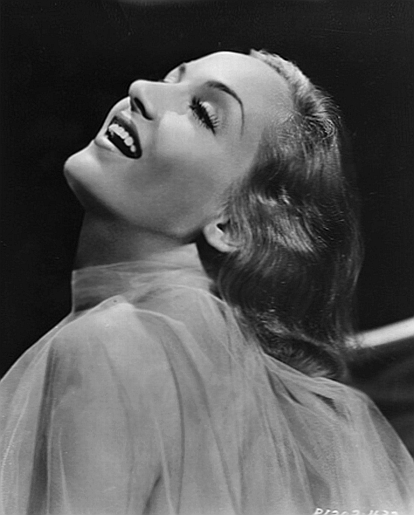 The number "1632" indicates it was from late in Lombard's seven-year run at the studio. This is confirmed by the back of the photo, which notes it's a publicity still for her final film there, "True Confessions" (sic): 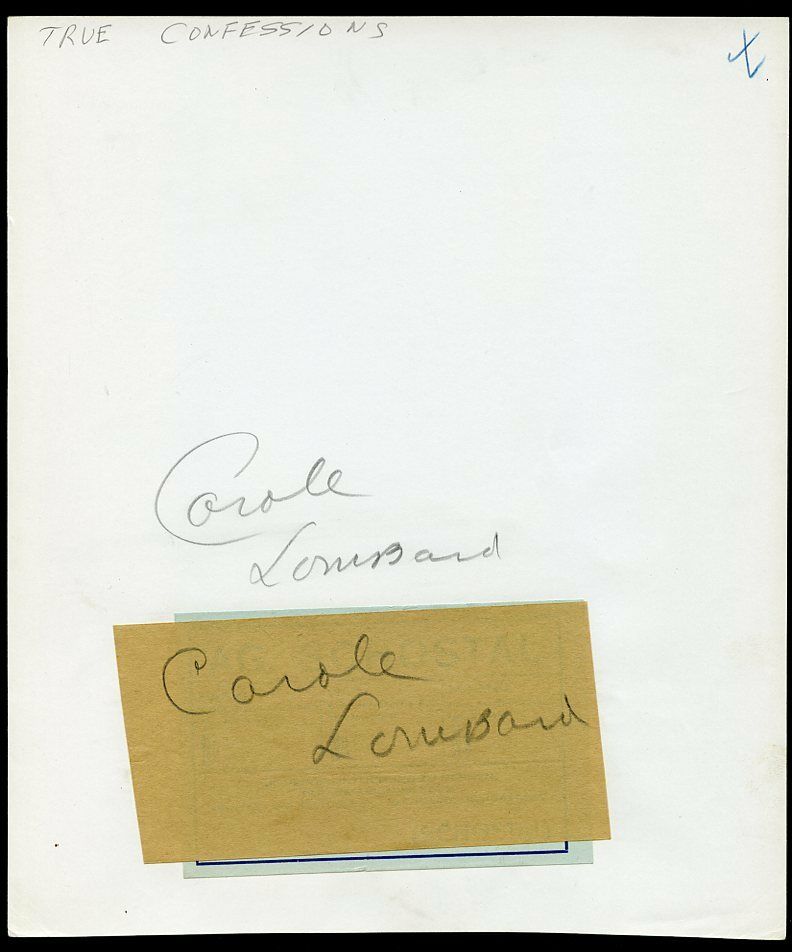 No snipe, alas, and that certainly isn't Carole's signature, but I'd love to learn what's under it. Probably a Paramount notice of origin, but you never know.

Here's what we do know:

* It's on glossy, single-weight stock.

* It's from the noted collection of George Smoots, who accumulated thousands of classic Hollywood studio pictures until his death in 1951. Decades later, many of them were donated to the Academy of Motion Picture Arts and Sciences' Margaret Herrick Library.