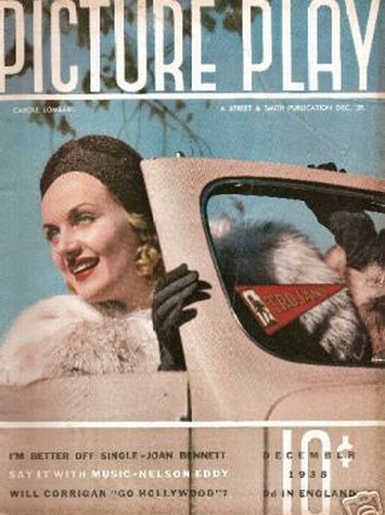 It's a rainy winter morning here in Los Angeles and were she here today, Carole Lombard certainly wouldn't have the top down. It's Super Bowl Sunday, the contemporary American corporate celebration of overkill, and for the first time in 35 years, LA has a dog in the fight -- the recently returned Rams. (The city's last Super Bowl rep was the 1983 Raiders, who dethroned defending champion Washington.) The Rams' first tenure in town began in 1946 and lasted nearly half a century before packing off for St. Louis, highlighted by an NFL title in 1951 and a Super Bowl loss to Pittsburgh in January 1980.

That history lesson out of the way, here are two images of Lombard from the 1931 Paramount drama "Ladies' Man." First, one on sale from eBay: 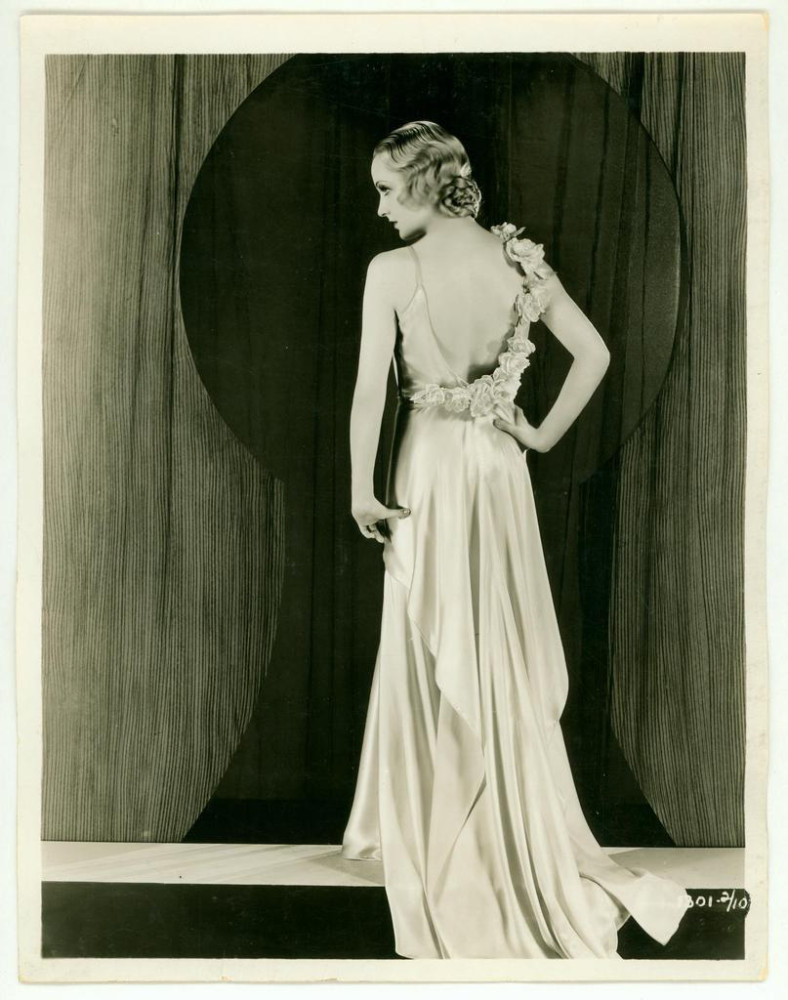 This is a linen-backed, original keybook photo, in very fine condition measuring 7.75" x 10". An arty image of the 22-year-old Carole, the gown exposing much of her attractive back. (The back is blank.) It's from the noted Lester Glassner collection.

The other photo from the film isn't on sale, but is new to me: 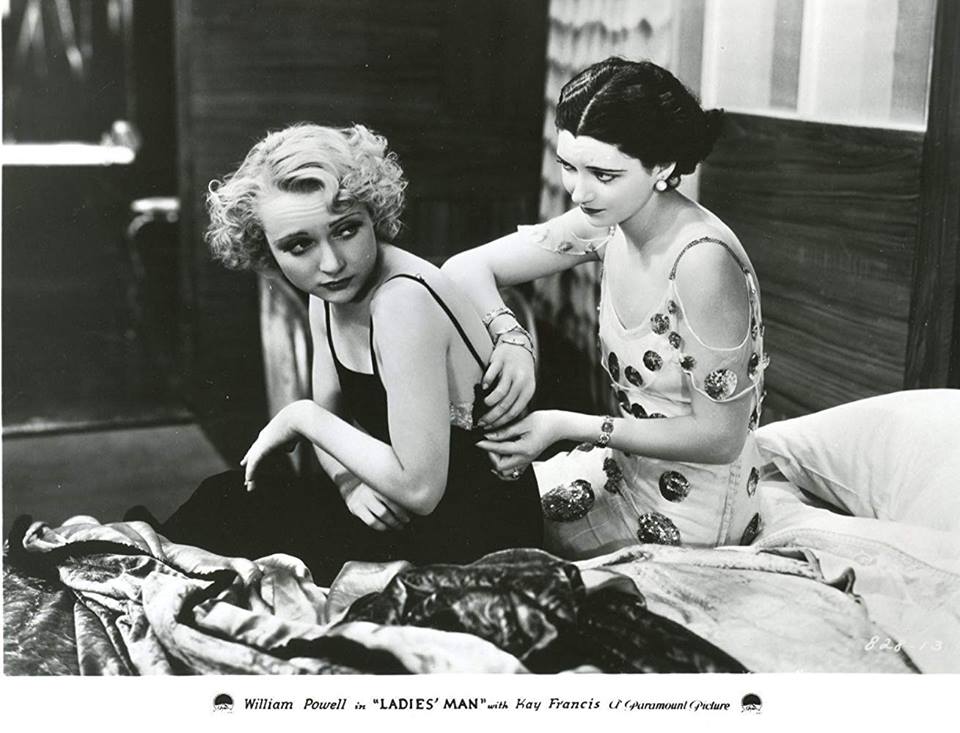 Carole is sitting next to Kay Francis, who was William Powell's co-star. (Lombard had a supporting role; as you can see, she's not mentioned at the bottom of the pic.) The two became friends, which paid off for Kay eight years later when Carole -- now with the box-office clout -- insisted Francis be cast as the third lead in the RKO drama "In Name Only."

On this wet, comparatively chilly day in Los Angeles (although the rain has stopped as of this writing!), go Rams, as they seek the city's first major pro sports championship since the Kings (remember them, LA?) claimed their second Stanley Cup in 2014.
Collapse