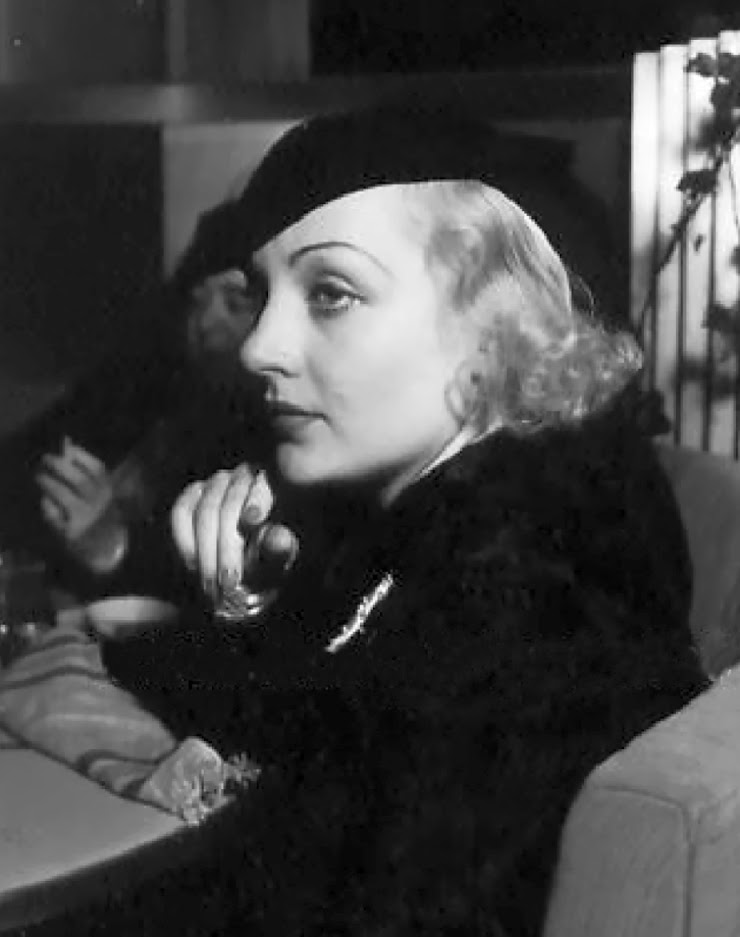 Above is Carole Lombard in a fan-photographed still at Sardi's on Hollywood Boulevard, taken between Feb. 9, 1933, when the West Coast branch of the famed New York restaurant opened, and Nov. 1, 1936, when fire destroyed it. The eatery's design was pure streamline 1930s: 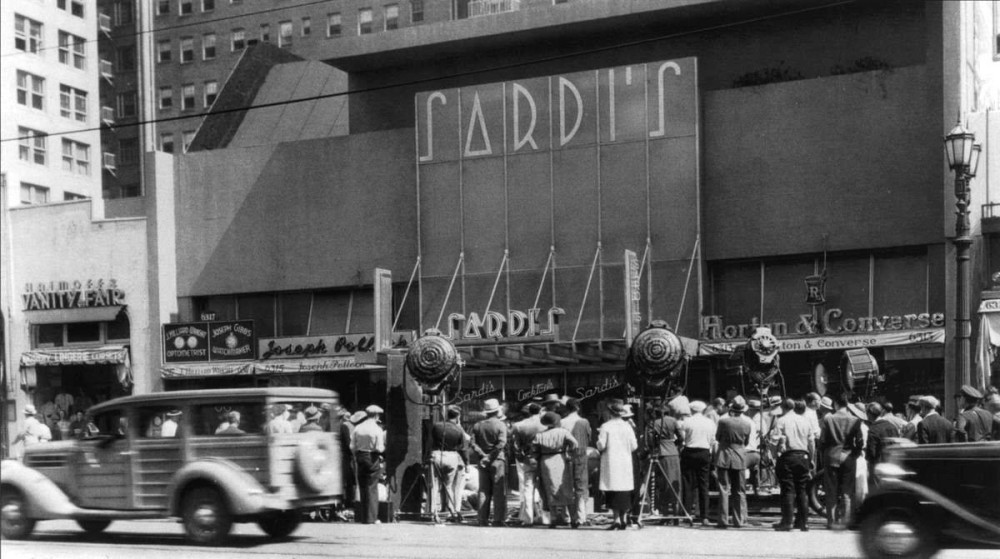 Initially, it was open 24 hours, and was a stunning vision at night: 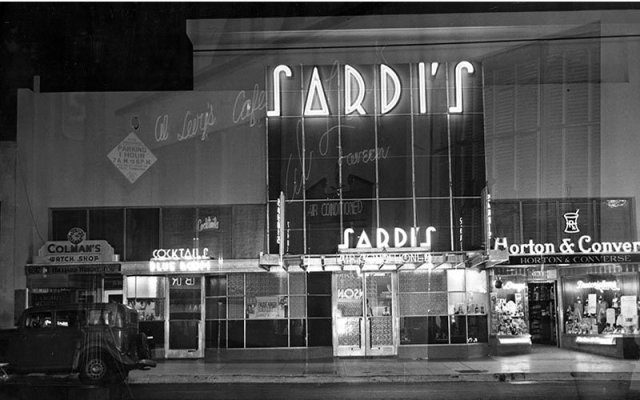 Menus from Sardi's have recently surfaced online, and they're fascinating to look at. First, the cover, someone's souvenir from Dec. 15, 1933: 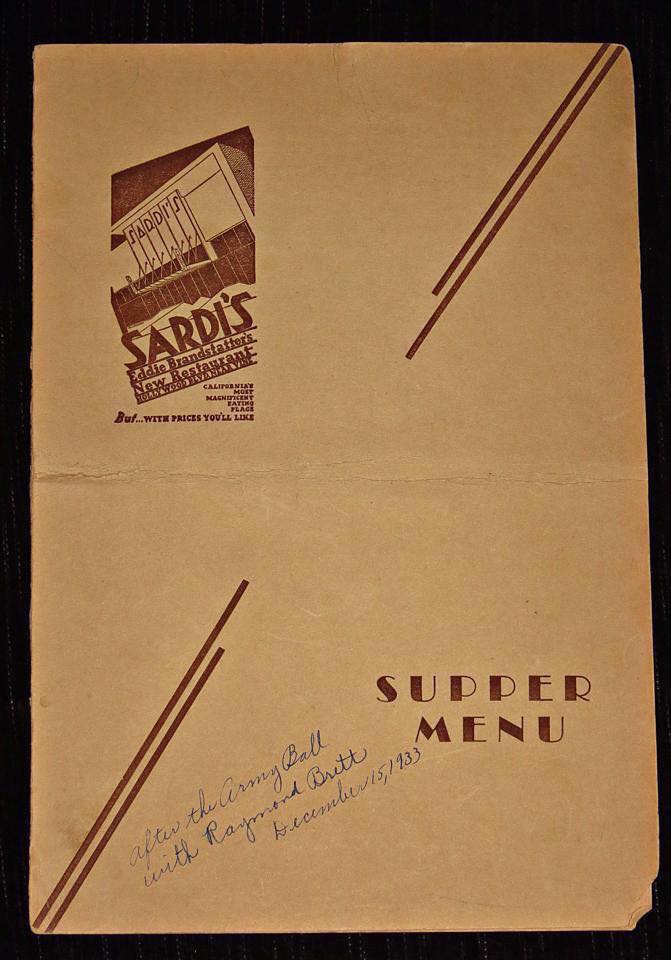 Now, a peek inside. Oh, and nearly all the prices are in cents. Got a time machine, anybody? 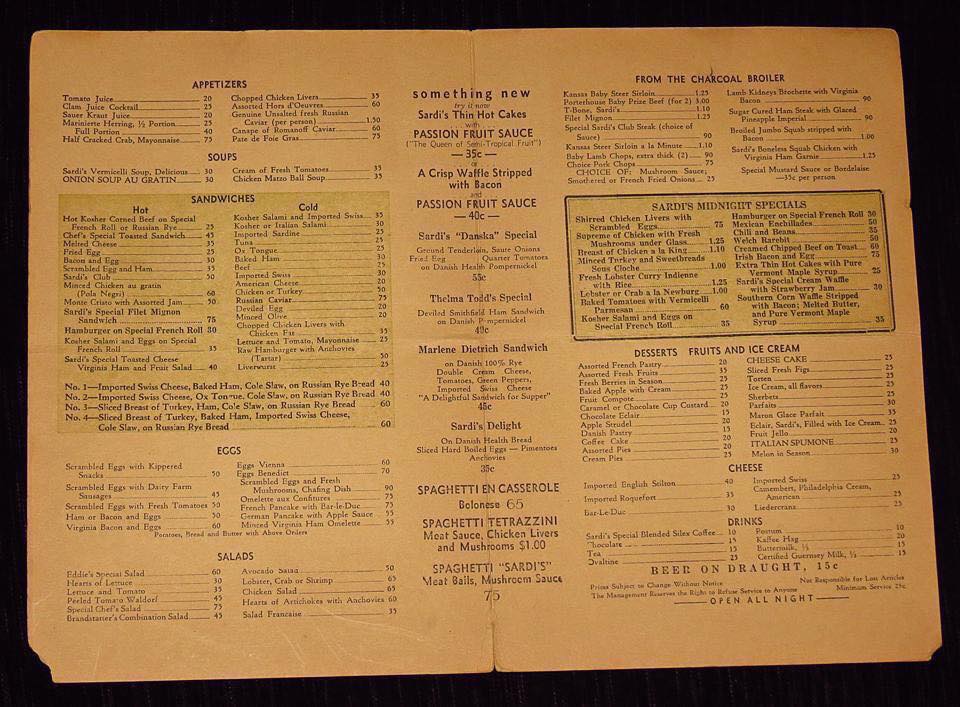 Note the sandwiches named for Thelma Todd and Marlene Dietrich; were they regulars? And on the back... 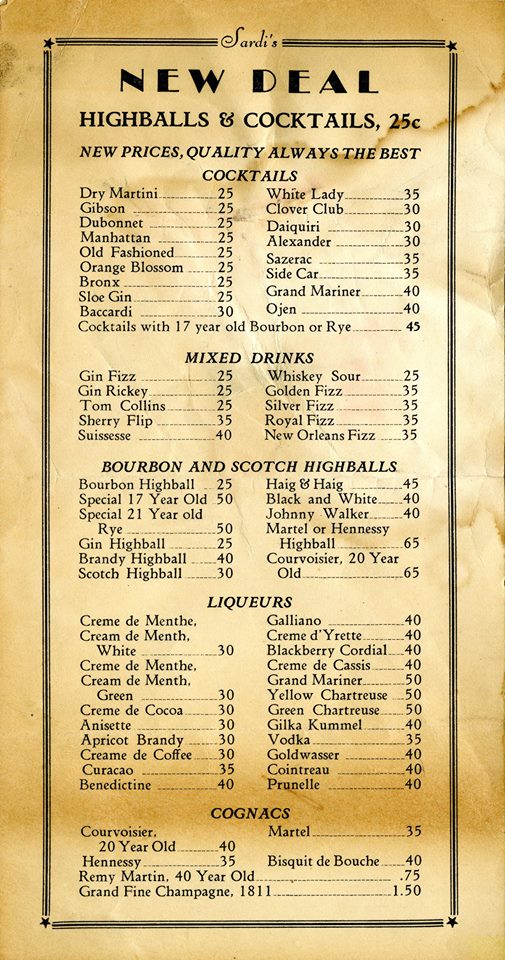 ...highballs and cocktails for the post-Prohibition crowd, enabling patrons to channel their inner Nick and Nora.

Sardi's was at 6315 Hollywood Boulevard. What's there now? See it and weep: 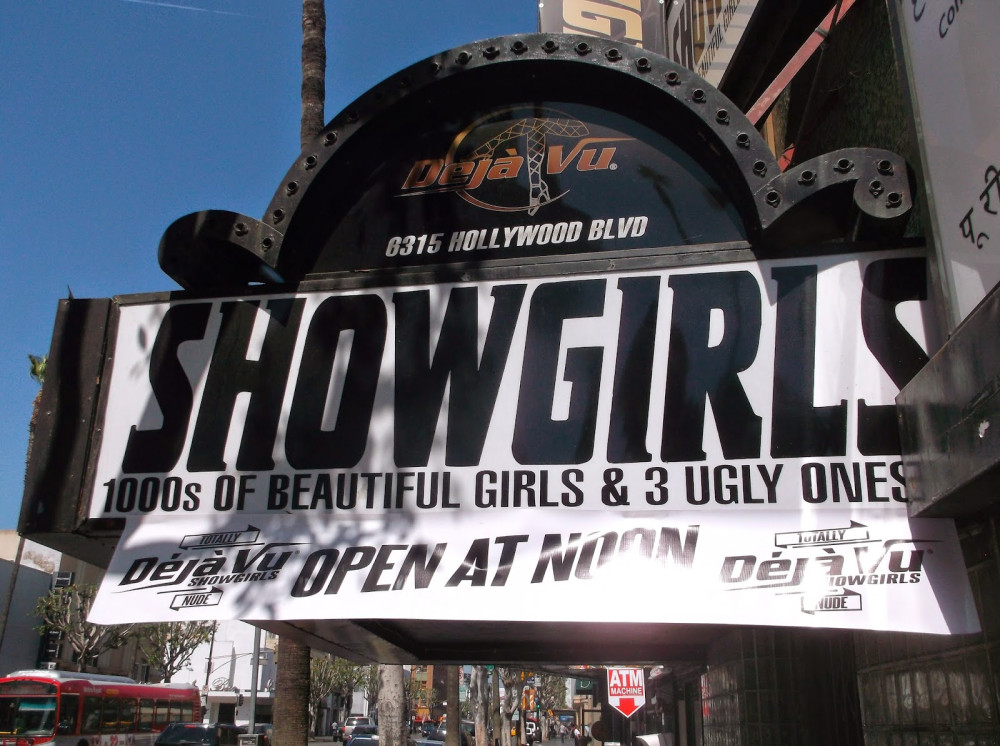 The Deja Vu "gentlemen's club," itself a successor to the equally tacky Cave adult theater. As someone noted, "from classy to classless."
Collapse