It was 81 years ago Thursday that Carole Lombard fans on the European continent saw her in three-strip Technicolor for the first time if the Internet Movie Database is accurate. That's the day (Jan. 31, 1938) that "Nothing Sacred" premiered in Sweden, some 20 days after IMDb states the satiric romantic comedy opened in Great Britain.

And it just so happens that an original Swedish poster for the film has found its way to eBay: 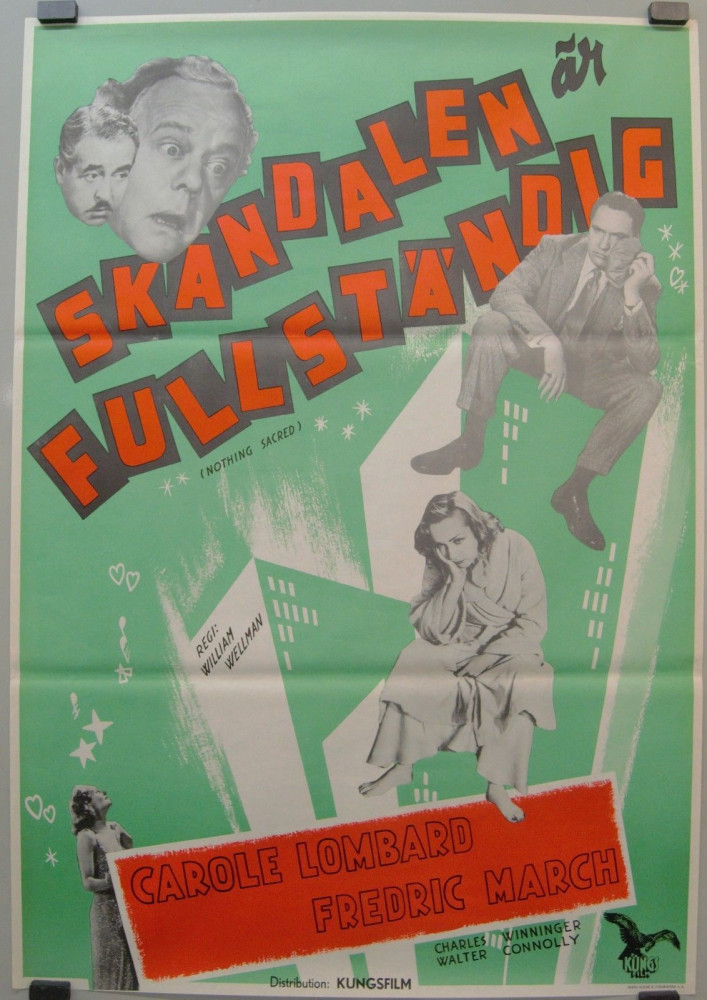