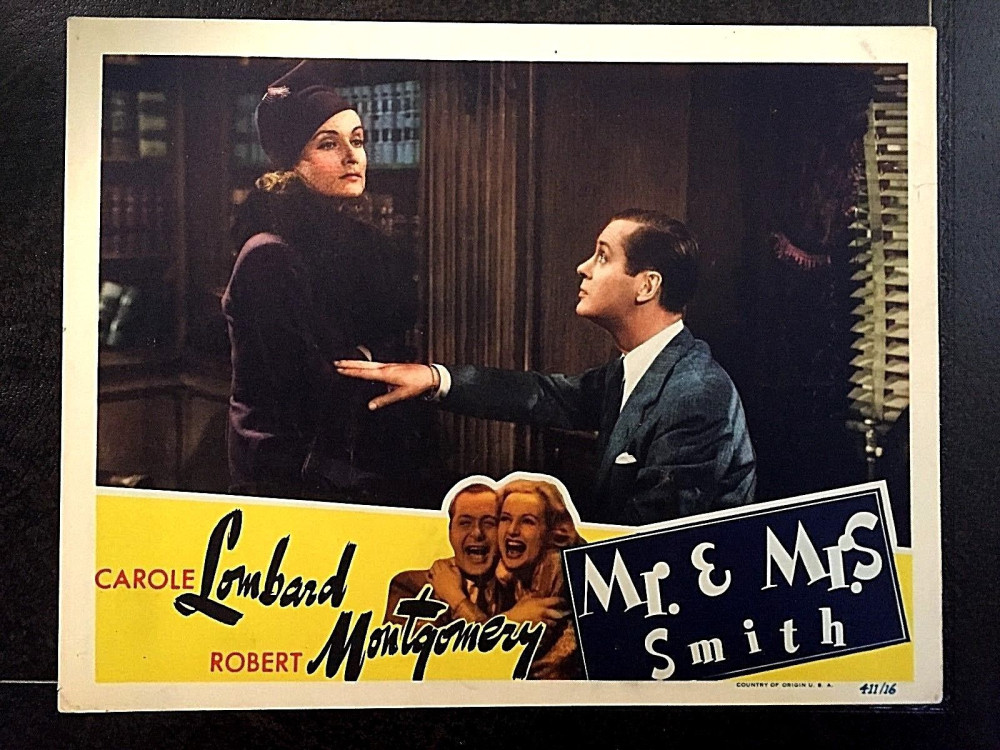 Several days ago, we noted two vintage lobby cards from Carole Lombard's 1941 marital farce "Mr. & Mrs. Smith" were on sale at eBay. As it turns out, so is another, one with considerable differences. 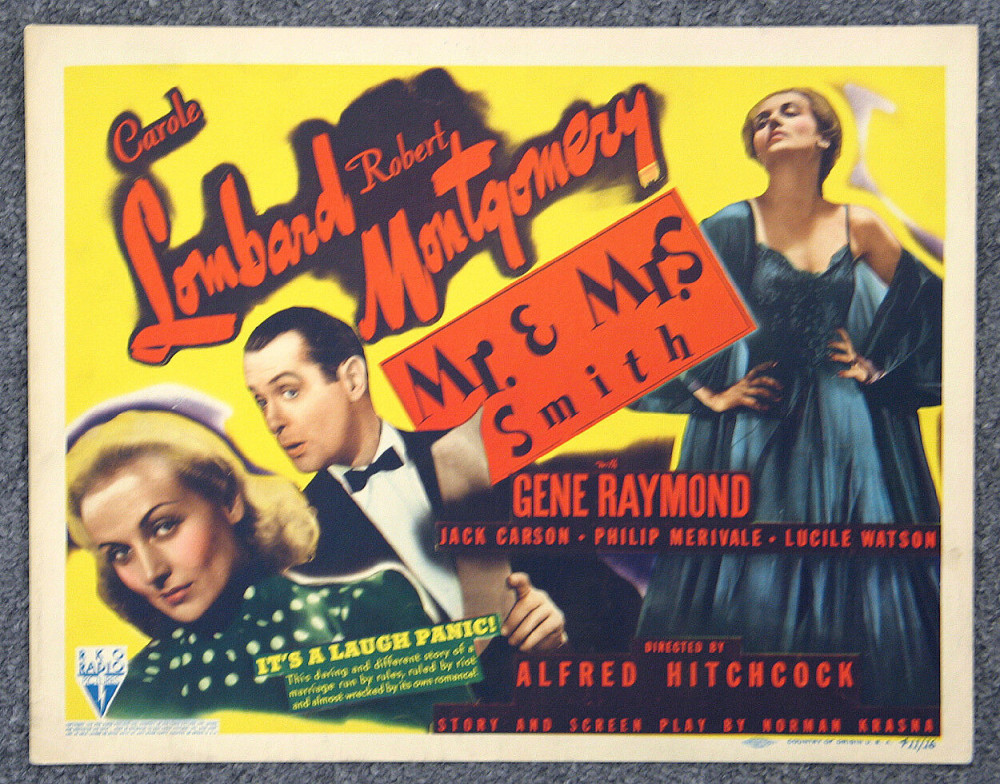 Whereas the other two listed only co-stars Lombard and Robert Montgomery, this one also credits several supporting players, director Alfred Hitchcock (before he became Alfred Hitchcock) and Norman Krasna, who created the story and then wrote the screenplay. (It describes the film as a "laugh panic," symbolizing Carole's return to comedy after several dramas.)