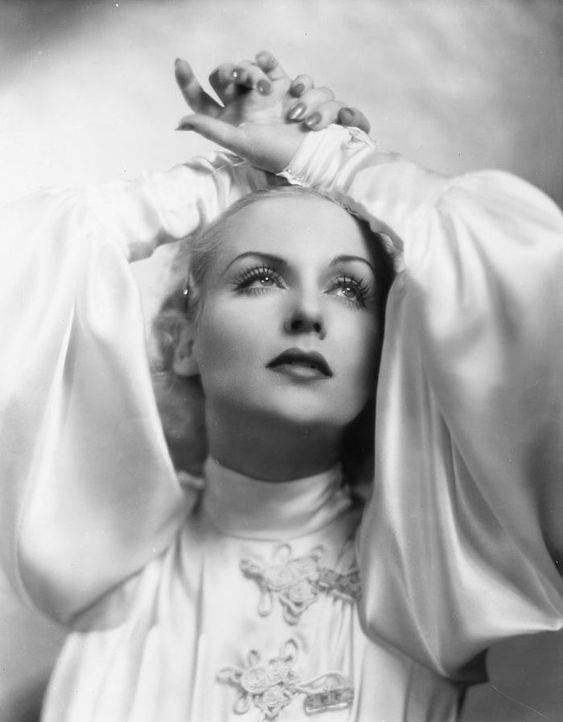 Yesterday, the 77th anniversary of Carole Lombard's death, we noted she was an inspiration to subsequent generations. And here's an example of that, from a longtime Facebook friend: 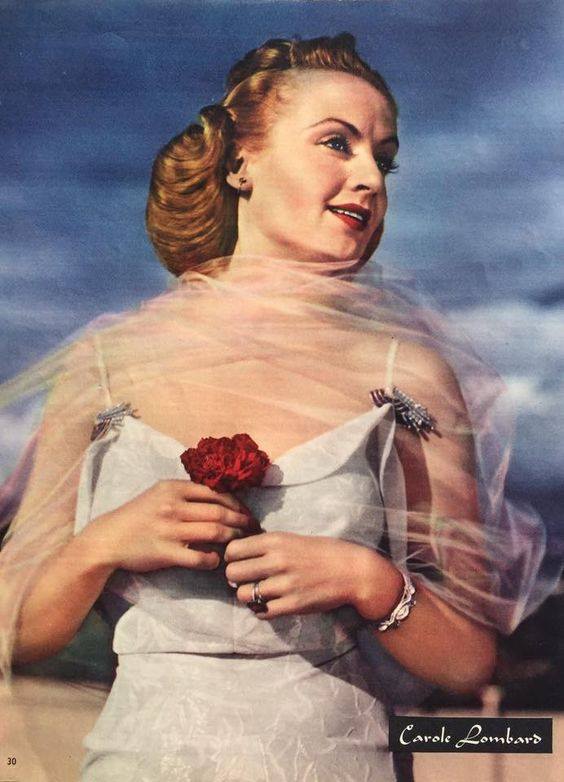 Carole Lombard: What she represents, 77 years on... by Tally Haugen

Another anniversary is upon us today, that marks 77 years since a great lady, her mother and dear friend perished along with 22 others on a mountainside in Nevada. The "ghouls" and the scandal sheets have been poking their heads into this tragedy ever since, marking how the victims were discovered in graphic detail, toggling remnants of metal left from the crash site and once even gifting me with a metal fastener from allegedly one of the servicemen's jackets found, burned and battered.

As previously mentioned, a recent book dealt with the stories of all the passengers on that flight, indeed worthy to be told and remembered, but in the next pages capped those with detailed and graphic descriptions of the state on which they were found. The only saving grace to me in that volume being some rare photographs taken as she was doing her job so well on this last and most important "mission" in her life. A book in 1974 by Warren G Harris mistakenly described a front compartment of the plane smashed together like an accordion "and partially consumed" in the explosion following.

Human nature being the mysterious and sometimes disturbing tendency we are all subject to, people pick it up and instead of looking for the "gore" of the scene, should instead ask themselves ”Who was this beautiful woman?" How could anything like that happen to somebody so young who had "just begun" a rich and deeply fulfilling life with Clark Gable?

Only God knows why, yet having been close to death myself many times from disease in my life, I have asked myself how Id like to be remembered, so now I ask you, the reader: How do you think Carole would have wanted to be remembered? Here are just a few thoughts:

1. She was a devoted daughter and sister to Bessie, Fred and Stuart.
2. She was blessed with a beautiful face, even from childhood, and yet could swear and cuss and "out-tomboy" any kid in Fort Wayne.
3. She blossomed into one of the great beauties of the early '20s and had a well-disciplined body that did what she told it. She was alluring, funny and already a devoted friend to many in her hometown and in the early days in Hollywood. She was always available to her friends in time of need and they, in turn, returned that devotion.
4. She threw the best and craziest parties in Hollywood, and stories of all have become legendary in the history of the time.
5. She was the wife of two great actors: First, William Powell, with whom she parted as close friends, and she remained there for him in time of trouble, as w/the passing of his adored Jean Harlow in 1937. She found Clark Gable again, four years after their only film together, "No Man Of Her Own," and they ignited a legendary romance that sparked the joys and imaginations of millions who hoped Gable would be finally free to marry Carole following an expensive divorce, and so it came to pass March 29, 1939. Afterward, they became "gentleman and lady" farmers in their dream home formerly owned by director Raoul Walsh, and were free to work the land and raise their horses, dogs and cats. The atmosphere there was fun and warm and ever friendly, and they never ceased to delight their close friends who visited.
6. She and Gable both enjoyed tremendous career success in pictures, the fruits of which allowed them to sustain a fulfilling lifestyle and the presents which she adored giving to not only Clark, her family and friends, but studio personnel were many! She never forgot them, and always made time for even the least visible worker on the set! She would often step in and pay medical bills for those who could not afford it.
7. Though technically married less than three years, they had lived together much longer, and she provided Gable with the happy kinship he so deeply needed from his partner in life! She took up his hobbies, as in hunting, fishing, without complaint and became a crack shot with her rifle! Wading in mud in a duck blind? She never groused, she was 'one of the guys" when he needed her to be, and everybody loved her company on these "escapes." Together, they knew the kind of happiness that those married decades longer seldom know! (And I speak from experience!) The quality of their life together was tremendous!
8. She gladly paid her taxes and loved her country so deeply that she wanted to make the trip to her home state of Indiana in January 1942, where she broke records ($2 million in sales in one day!), and paved the way for those celebrities who followed her, whether selling bonds, entertaining troops or making personal appearances to buoy up badly needed "hope" during that time. Surely, had she survived that flight, she'd have continuously given of her time and talent throughout the duration of the war -- and be the first celebrating its end in 1945! (It’s tragic she never saw that day, but the time she had given towards that effort, she gave unselfishly and with an earnest heart!)

We are lucky to have a rich history of her films and radio appearances to replay and marvel at, and thousands of unforgettable photographs of this extraordinary lady to admire and appreciate always. (For me I remain honored to have the portrait of Carole which once hung over Clark Gable's bed in Encino in my living room, his cigar stains still staining the frame, And I appreciate the chance to be the "temporary caretaker" of these and others of Carole's personal possessions until they find their way "back home in Indiana," the city of Fort Wayne, at my passing.)

For all the above-mentioned reasons and more, I ask that you remember Carole for her life! Surely her death is a part of the history of her life, but not what is the first thing to remember when you hear her name. In 33 short years, she taught us how to live and fill each day to its best. She taught us to remember those most important to us in life, that a "cup of kindness" goes a very long way if you take the time to pour it.

For me, she taught me how to live and not end my life facing four cancers along with diabetes for most of my life and people treating me like I was "sick" all the time. I didn't have the guts there for a while to want to live. The example of Carole Lombard did a great deal to restore my sense of survival, enjoying each day, somehow! I am not the first who has been "taught" by her “lessons in living" in the decades that have followed her passing and I won’t be the last. She is still "making a difference" -- and I think she'd appreciate that.

With endless happy thoughts of a beautiful, delightful “Profane Angel”! 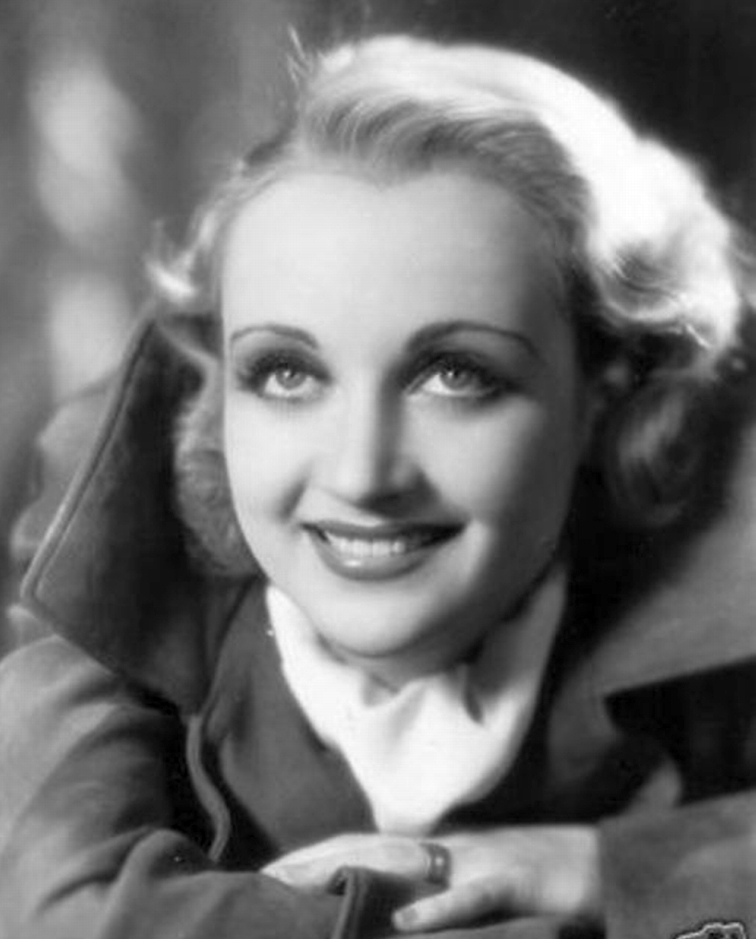