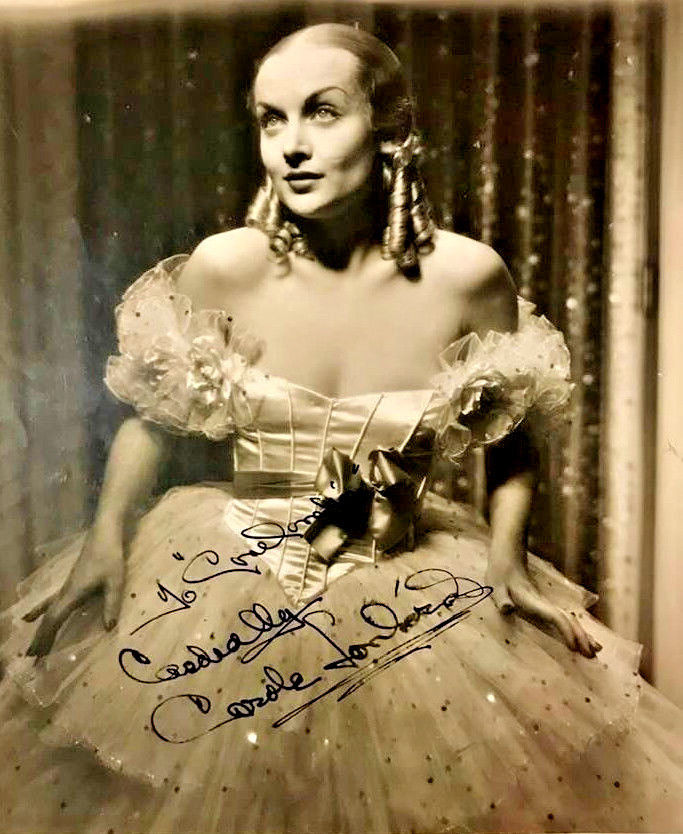 Before making an entry on any Carole Lombard autographed picture up for auction, I invariably consult with my preferred authority on this topic, longtime friend Carole Sampeck. No one today knows Lombard's signature (and its validity) better than she does.

So after seeing this advertised on eBay, I sought her comment. Here's her reply:

"It would be a 1940-41 signature, and looks right. That capital 'C' is one she used in her personal correspondence. I'm leaning towards legit. Wish I could read the inscription, though -- that would help." (She later emphasized she wasn't 100 percent sure.)

I was planning to make that today's entry...but it's now a moot point, because not long after Sampeck sent that her way, I received this note from eBay, headlined "This item is no longer available": 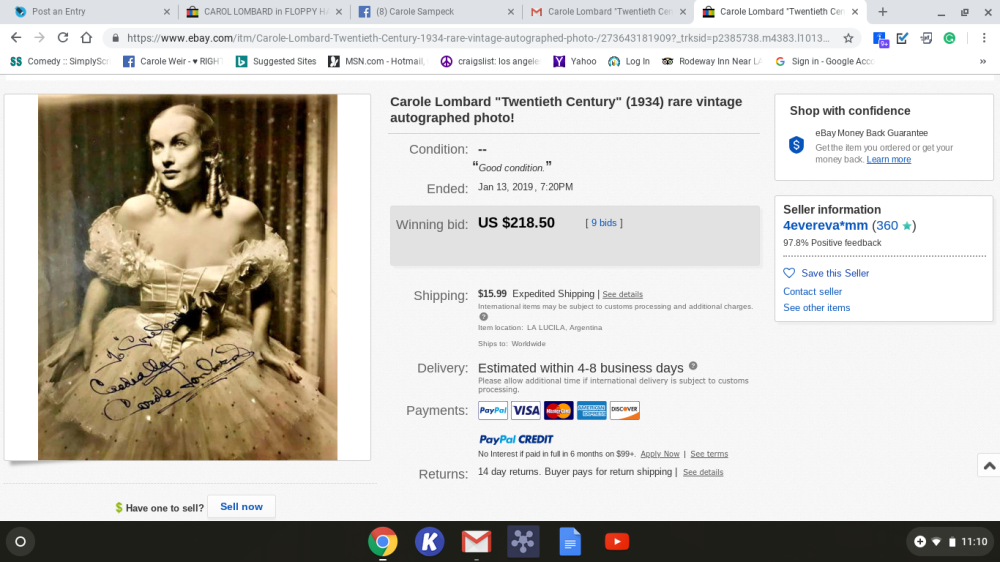 Nine bids, topping out at $218.50. Oopsie. At least it appears to be the real deal, according to Sampeck.

So, I looked for something Lombard fans can bid on, and came up with this: 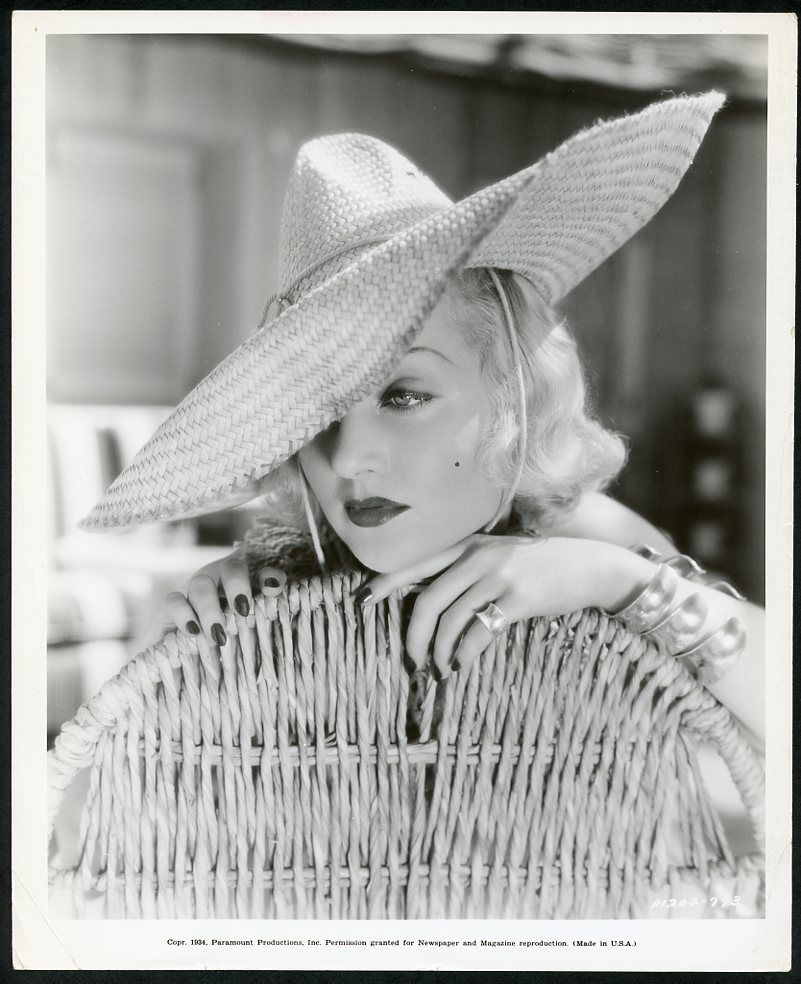 It's Paramount p1202-773, an image I'd already had in my online collection. But what I didn't have was this: 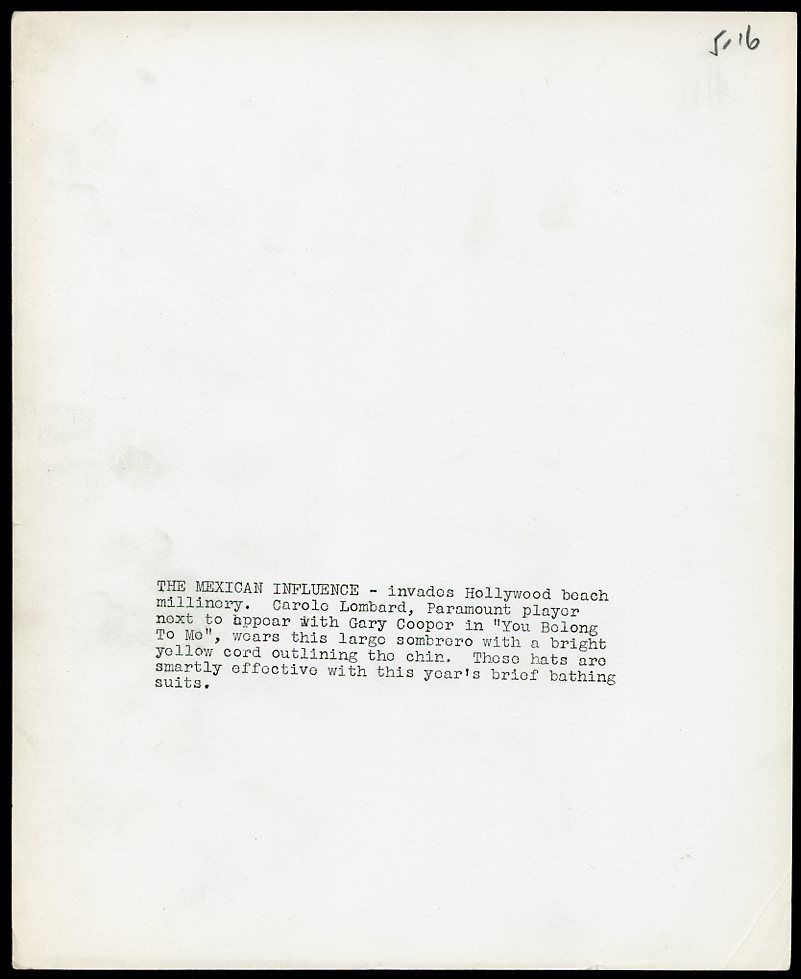 Info on the back, promoting her upcoming feature "You Belong To Me" (released as "Now And Forever"). Can't read it? Here's a larger version: "Brief bathing suits"? Perhaps by 1934 standards, though certainly not some 85 years later.

This original pic is in excellent condition on glossy single-weight paper. And since the auction isn't set to close until 10:27 p.m. (Eastern) Sunday, you've got plenty of time to bid on it. (Bidding begins at $39.99.)

All the information can be found at https://www.ebay.com/itm/CAROL-LOMBARD-in-FLOPPY-HAT-Original-Vintage-1934-PARAMOUNT-PORTRAIT-Photo/143057812656?hash=item214ee8fcb0.
Collapse