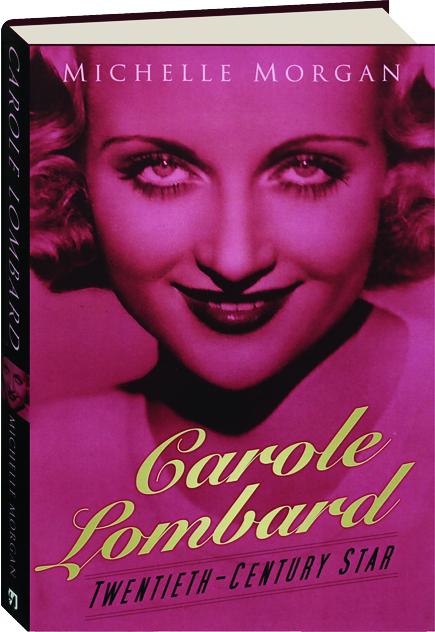 One of the best books about Carole Lombard is my Facebook friend Michelle Morgan's "Carole Lombard: Twentieth Century Star" (for which, it must be added, I assisted her in research and am one of two people it is dedicated to). 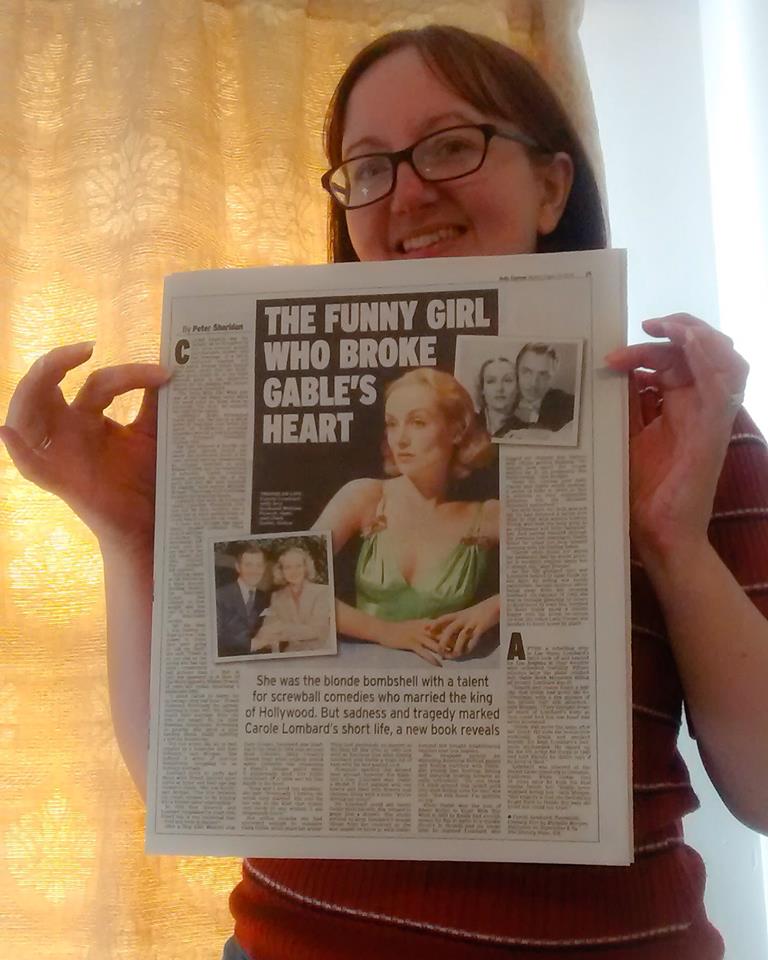 In her blog today, she noted that we're nearing the anniversary of Lombard's passing (the 77th), and reprinted an article she wrote for the website of the book's publisher, The History Press. The link is http://michellemorgan.co.uk/carole-lombard-twentieth-century-star/. I found it inspirational, and believe you will, too. Headlined "How Carole Lombard's Career Was Almost Over Before It Began," it examines Lombard's resiliency following a major setback.
_________________________________________ 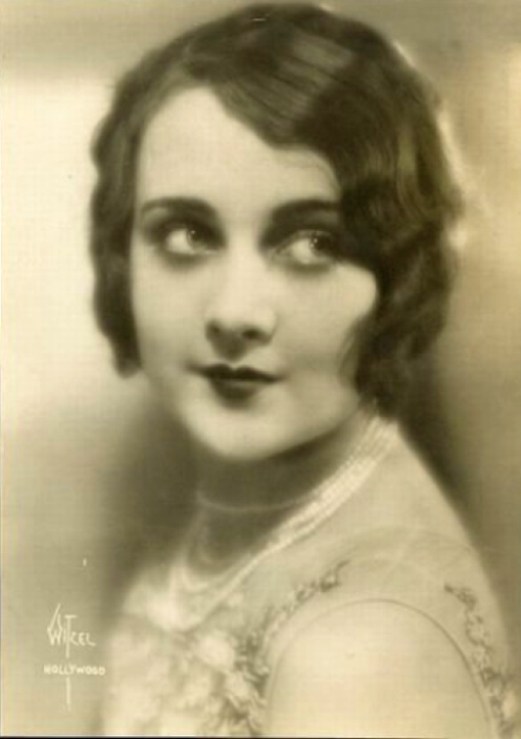 How Carole Lombard’s Career Was Almost Over Before It Began

In 1926, budding actress Carole Lombard was still a teenager, trying to work her way through the Hollywood minefield. She had already been employed by Fox, and hoped it would lead to big things. However, she soon learned that in order to become a star, she would have to do more than just be a pretty face. She later spoke about her first experience: “[I got through my first years in Hollywood] without knowing a thing about acting. I merely stood there in front of the camera and did what the director told me, and tried to keep my mind blank so I wouldn’t interfere with his thought transmission. Something seemed to give forth on the screen, but I never knew how it happened. It was all an accident.”

The young woman had always been a regular on the Los Angeles club scene, and her fledgling film career did nothing to deter her from having a good time. However, it almost cost Carole her life one evening during 1926, when she was a passenger in a car being driven by her sixteen-year-old friend, Harry Cooper. Details of what happened next remain somewhat sketchy, but one thing is clear: there was a tremendous accident, and when the car windscreen shattered, a piece of glass sliced into Carole’s face, leaving terrible gashes near her eye and on her left cheek.

The damage was not life-threatening but she was taken to hospital and ushered into surgery quickly. The process of stitching up her wounds was lengthy and done without anaesthetic, as the doctor feared it would cause her facial muscles to relax and cause further damage to the area.

Later, Carole sat down with reporter Dorothy Wooldridge, and spoke about what had been happening in her life, around the time of the accident. “I was terrible [as an actress for Fox] –- worse than that, if possible. At the end of a year they threw me out. They should have done it long before. No girl should start picture work in a leading role. It’s unfair to her and punishment to an audience. Right after Fox let me out, an automobile discharged me too. I came out through the windshield. They took twenty-five stitches in my face and to this day I carry the scars, but they’re barely visible.” 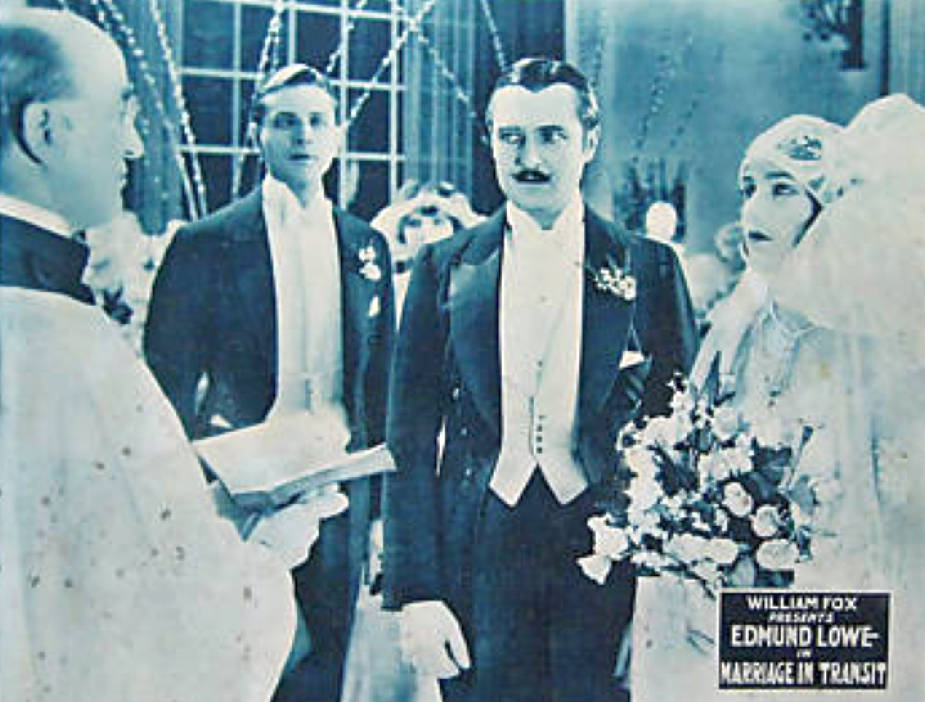 Recuperating at home; Carole tried to come to terms with the loss of her contract as well as the accident. However, instead of wallowing in her downfall, the actress spent some time resting, before turning her mind once again to acting. She immersed herself in self-study; read plays (including Shakespeare); acted out small parts in the privacy of her bedroom, and used every spare moment to better her craft.

In amongst her healing, Carole was also visited by friends who would perch on the side of her bed and tell jokes. Sometimes they cried at the unfairness of the crash cutting her career so short, but Carole told them that they mustn’t worry; that it was all okay. Underneath the bravado, however, she was concerned that if the large scar on her cheek did not heal, her career would most certainly be over. Her prediction was almost proved correct, as by the time she had recovered enough to go back to work, many of the studios had forgotten all about her fledgling career and had no interest in reigniting it.

The upset caused by this lack of concern was upsetting, but in true Lombard fashion, she refused to let it get her down. Instead she vowed to do everything in her power to put the past behind her and move on with the future. Hollywood masseuse Sylvia Ulback recalled, “Did she cry and moan about [the scar]? She did not. She didn’t pay any attention to it, but went right on. And because of her attitude I tell you that scar is actually attractive; girls can learn a lot from Carole.”

Still, the knowledge that she would have a scar for the rest of her life was certainly on Carole’s mind, and the subject would be brought up in articles and interviews many times over the years. During a chat with reporter Elisabeth Goldbeck, the woman told Carole that her face seemed to have changed. She asked if this could be a result of the crash. The actress was quick to defend her looks and jumped into a full explanation:

“I have pictures taken before and after the accident, which prove that had absolutely nothing to do with it. They were almost identical. The accident happened six years ago, and it’s only in the last three or four years that my face has changed. But it has changed completely. I think it changed as I changed mentally. Age changes you, and experience. It hollows your face and alters the mold. Your face can’t help reflecting all that goes on in your mind. All the emotions you feel, all the troubles and heartaches and grief you experience, leave their mark if you’re an actress.”

Carole went through a great deal as she recovered during 1926. “My upper lip was so stiff from this accident, that for several months I could hardly move it,” she told reporter Muriel Babcock. “Massage did the trick. It is all right now.” By autumn she was well enough to re-join her friends at the Cocoanut Grove nightclub, in order to take part in another dance competition. Under her real name of Jane Peters, she went all the way to the finals, where she competed against several dozen other youngsters, including actresses Joan Crawford and Billie Dove.

In time, Carole’s mental and physical scars from the accident began to fade. However, she decided not to let the matter go completely, and wanted to take the driver of the car and his parents, to court. Judge Fleming of the Superior Court was in charge of the case, but before he was able to assess the damage caused by the crash, the suit was suddenly settled out of court. Carole attempted to keep the payment a secret from reporters, but it was quickly rumoured that she had accepted $3000 from the family, in return for a promise that she would not pursue the claim further.

This tremendous show of gumption was the beginning of a long battle to gain complete control of her life and career. From now on, Carole would never be anyone’s pushover, and whatever stressful –- or sometimes tragic -– circumstances were thrown at her; she would always fight her corner and come out on top. She was, in short, a woman of tremendous strength and courage that put her light years ahead of most of her contemporaries. She was, without doubt, a Twentieth Century Star.
_________________________________________

* Unless something akin to a miracle occurs, we'll have to take Lombard's word on how bad an actress she was at the start of her career. "Marriage In Transit," pictured above and the movie Carole was referring to regarding an early lead, is lost, as are all her pre-accident films; the original negatives for her Fox titles were destroyed by fire in 1937.

* Might she have done some self-study at this place? 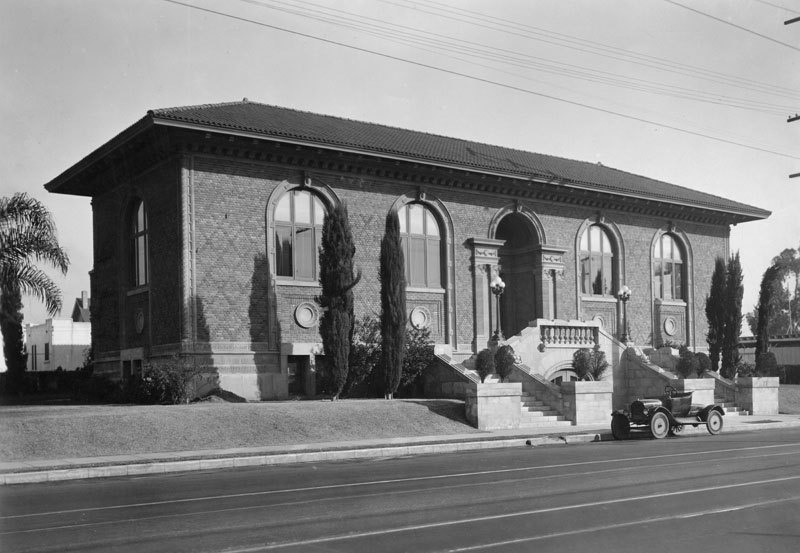 This is the Cahuenga Branch Library in Los Angeles, built in 1916 and financed by steel magnate Andrew Carnegie, who helped build scores of libraries throughout America (https://en.wikipedia.org/wiki/Cahuenga_Branch). Located at 4591 Santa Monica Boulevard in East Hollywood, it likely was the closest branch to Carole's residence on North Wilton Place. It reopened in 1996 after closing for nearly six years to meet earthquake safety codes, turning an aging and dingy facility into a sparking venue.

I've used this branch several times (it's one of three Carnegie libraries still standing in LA), and while we have no proof Lombard patronized it, the chances are good she did. Here's the interior: 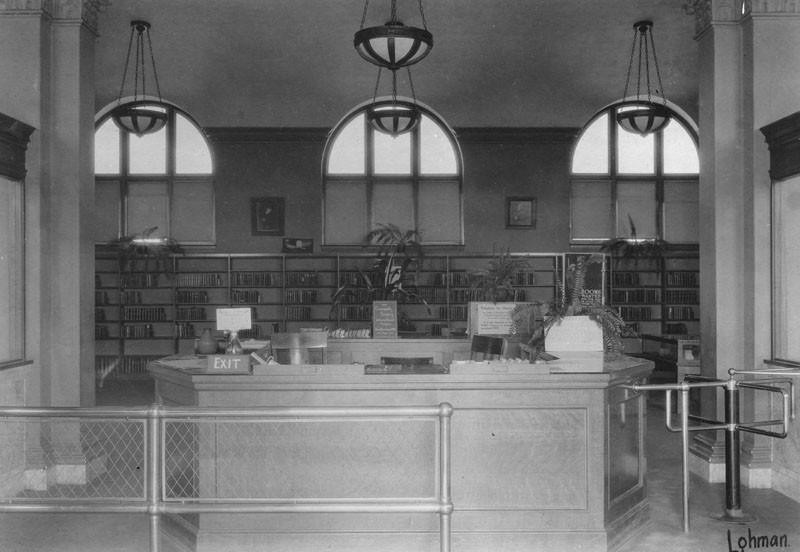 Carole might also have gone downtown to check out the new Central Library, dedicated in July 1926: * Carole's big break in returning to acting was that Mack Sennett didn't care about the aforementioned scar, not with her shapely figure and vivacious nature, and thus hired her as the latest of his "bathing beauties." But what if that had never happened? I think Lombard's enthusiasm for the motion picture industry would have led her to a job somewhere in the business; indeed, her studying of cinematography and lighting might have paid off with work in those fields.

It's simply another take on the old saying "when life gives you lemons, make lemonade." And Lombard took her lemons and designed a delicious concoction. 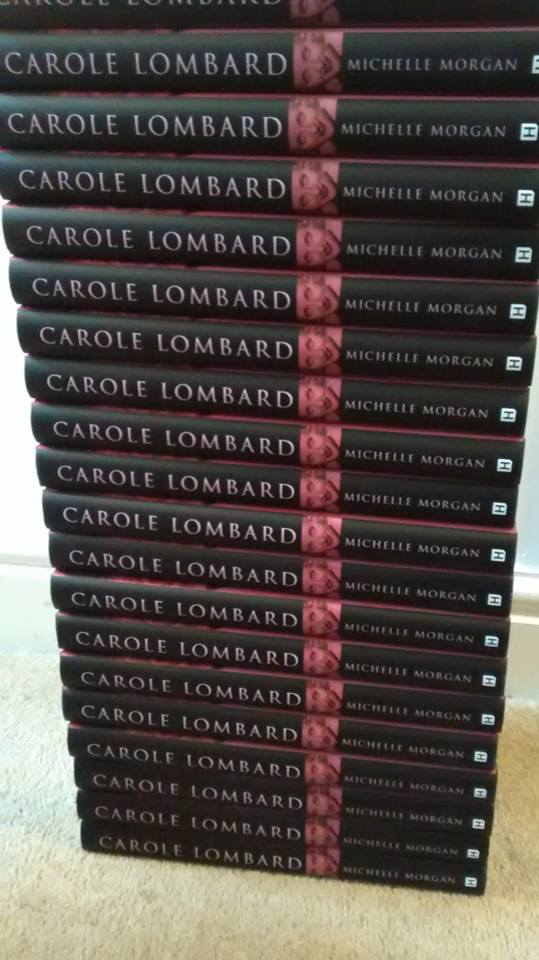 You can order the book from https://www.thehistorypress.co.uk/publication/carole-lombard/9780750966054/, amazon.com or other sites.
Collapse