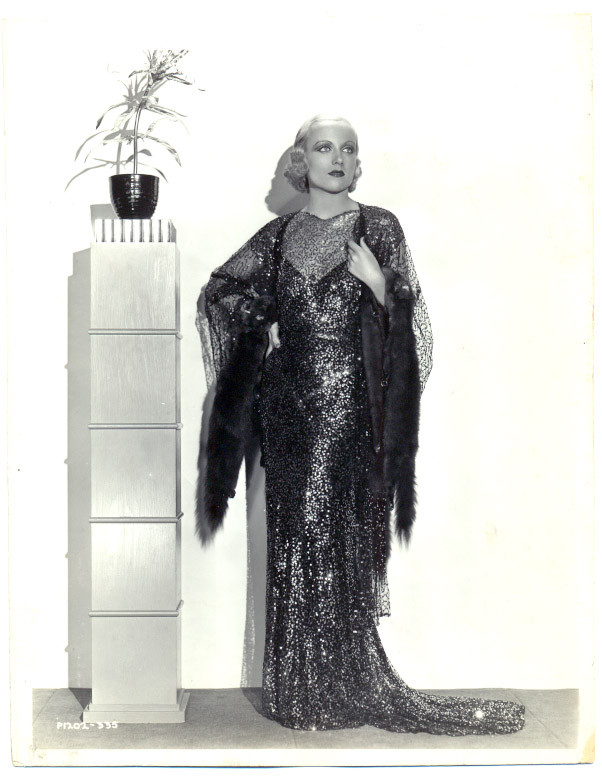 From the number, I'm guessing it to be from early to mid-1933. Lombard looks very imposing in that gown, perhaps one of the reasons Paramount saw her more as a clotheshorse than an actress before "Twentieth Century" and other Columbia releases set it straight.

We don't know who photographed the image above, but we do have a photog credited for this one -- Paramount's talented Otto Dyar: 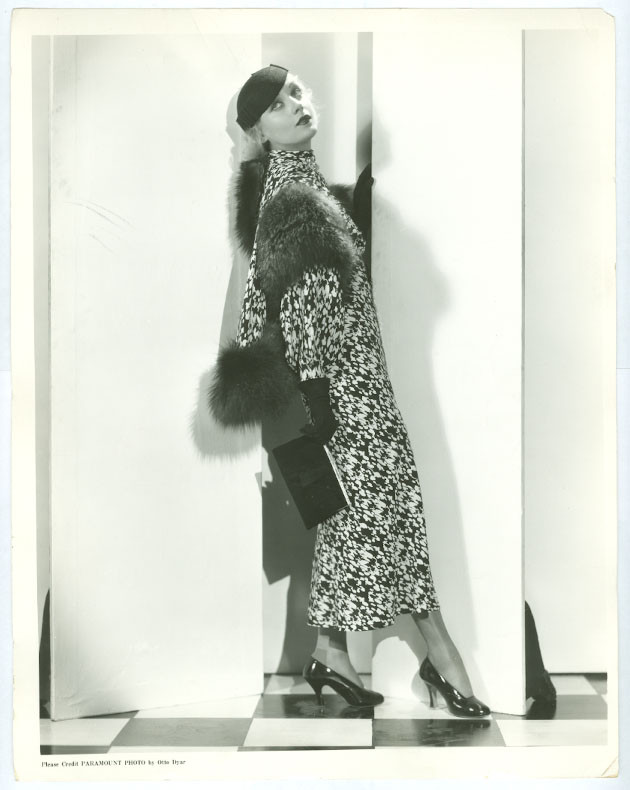 Moreover, we have the back, which supplies the where (from the Photoplay library) and when (it arrived there in January of '33): 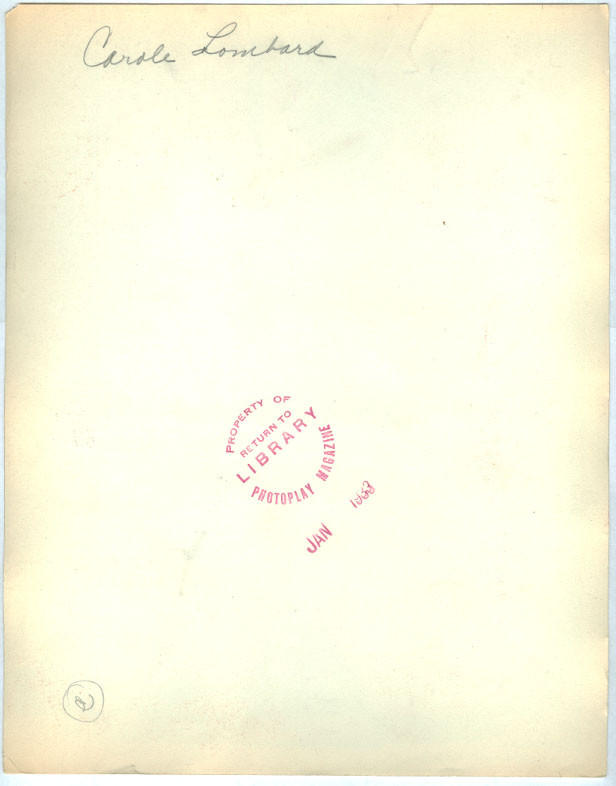 Both pics are originals from the noted Lester Glassner collection, which at one time comprised more than a quarter of a million film stills. Each is in excellent condition.