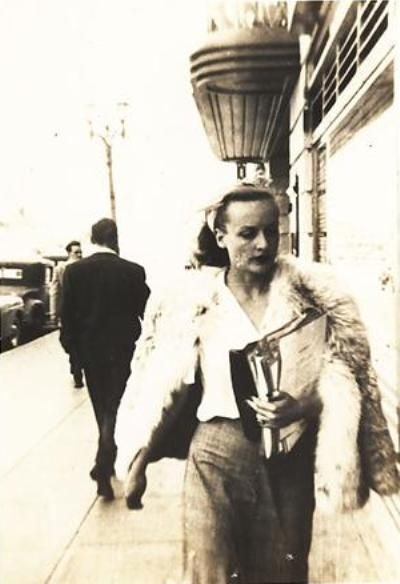 Not the most glamorous photo of Carole Lombard by a long shot -- she's got something on her mind, and she's clearly not in the best of moods -- but the Hollywood street she's walking on sometime in the late 1930s is being re-created.

In miniature, that is. 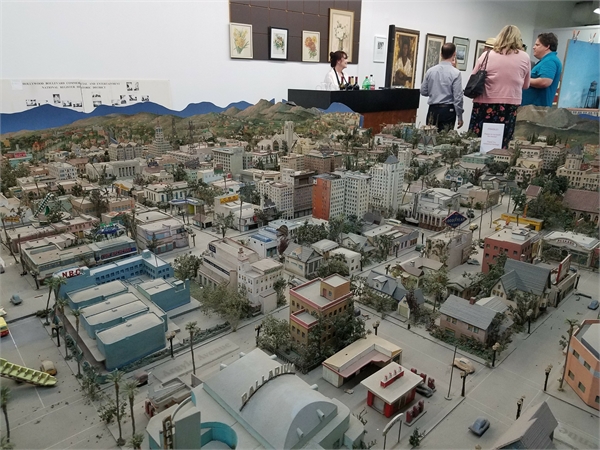 Truth be told, this reproduction, depicting Hollywood Boulevard and environs (including the Paramount studio) was built in the 1930s, when the legendary area was at its apex, by a group of cabinetmakers out of work. The 25-person project cost $250,000 and took four years to complete and was spread some 12 feet over three large tables; such was its scope. 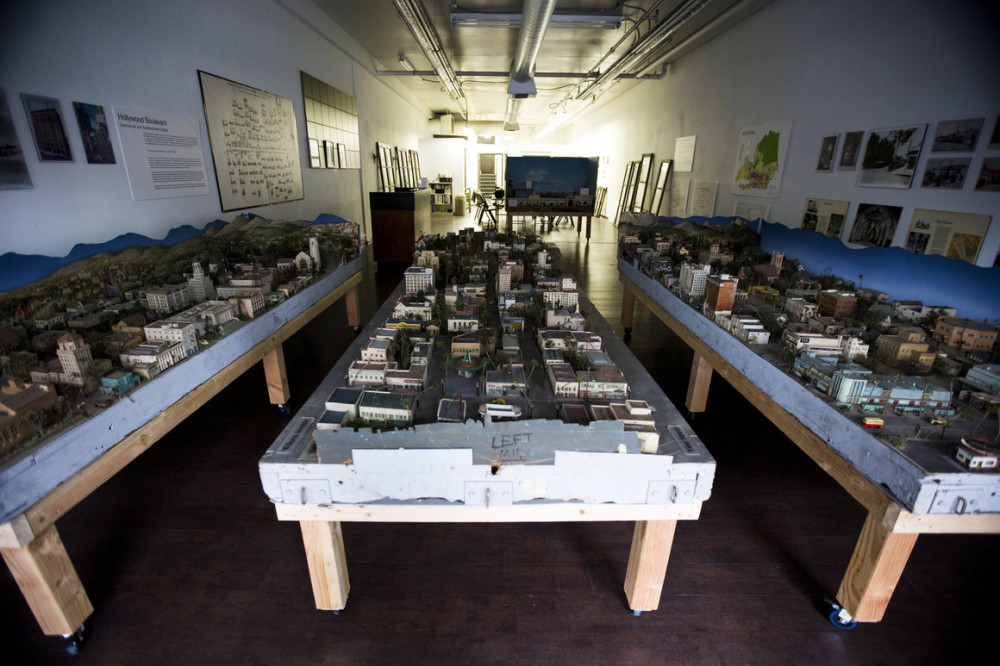 Once finished, it made the rounds of Atlantic City and other areas as a way to promote Hollywood. The attention to detail was remarkable, as this close-up reproduction of the old Warner Theater (later known as the Hollywood Pacific) on the Boulevard testifies: 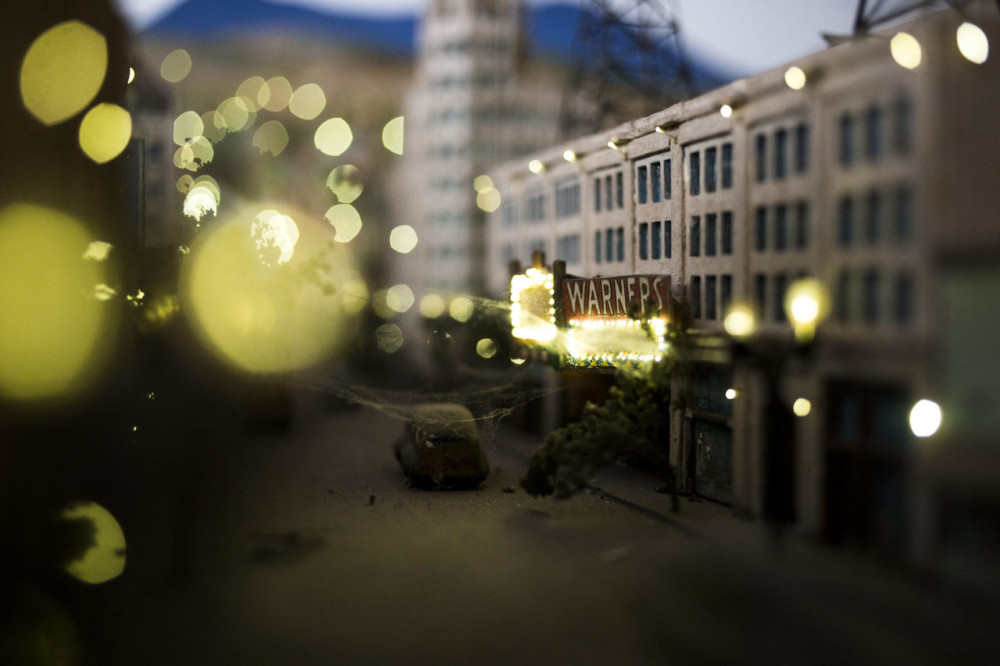 And the courtyard of Grauman's Chinese has scores of micro-sized handprints in its courtyard. (The Walk of Fame and its many stars wouldn't arrive until 1960.)

But time and touring took its toll on the model. By the 1980s, a bit battered for wear, it found its way to a nostalgic soda fountain, then to Hollywood Heritage. The diorama currently is being rehabilitated at an annex on the Boulevard, not far from the Warner Theater site.

Conservator Donna Williams describes the process of restoration as "assembling a 3-D puzzle." (There are more than 450 buildings on display.) 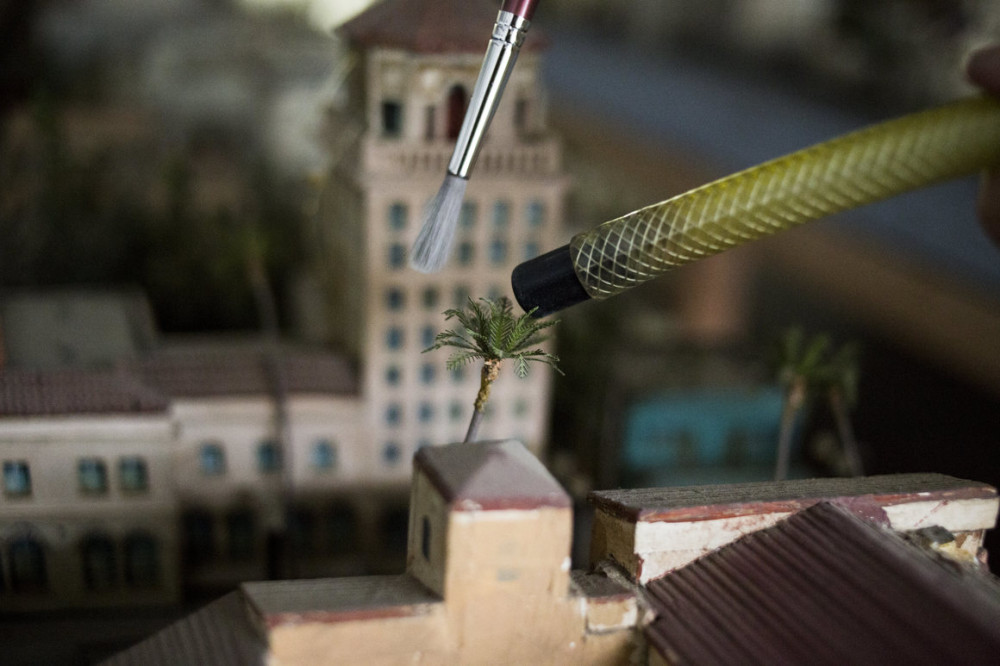 And here's Paramount, resembling the lot in its heyday, including the Bronson gate. Ready for your closeup? 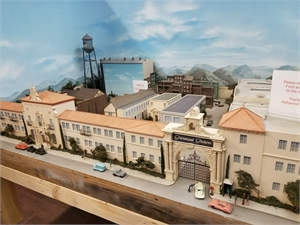 It's uncertain when restoration will reach the point that the diorama can be displayed to the public -- work is painstaking, handled by a corps of volunteers experienced in such affairs -- but it proves how Hollywood loves its history. 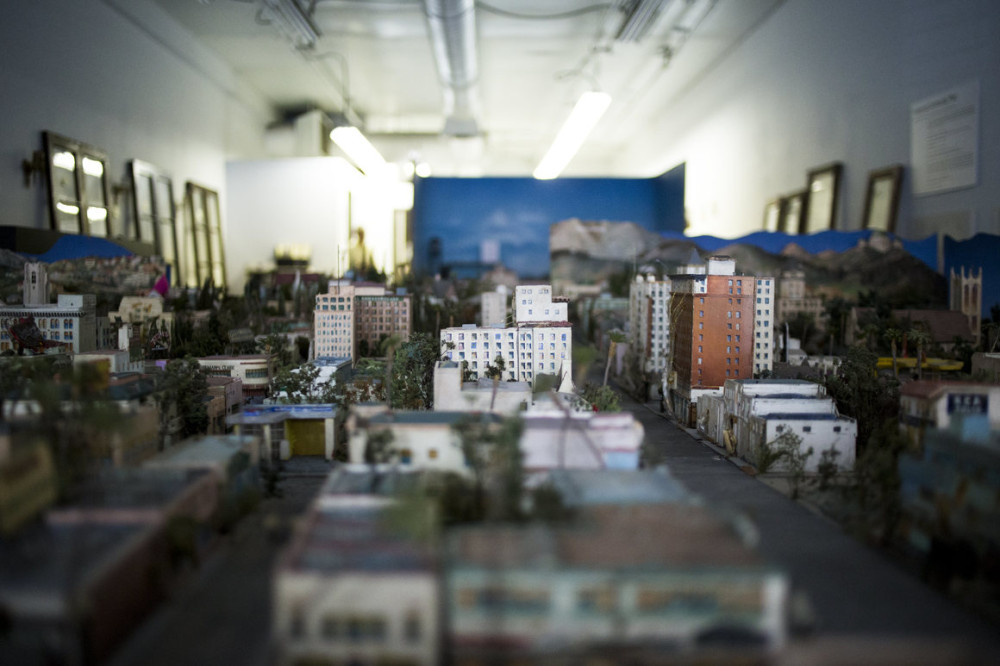